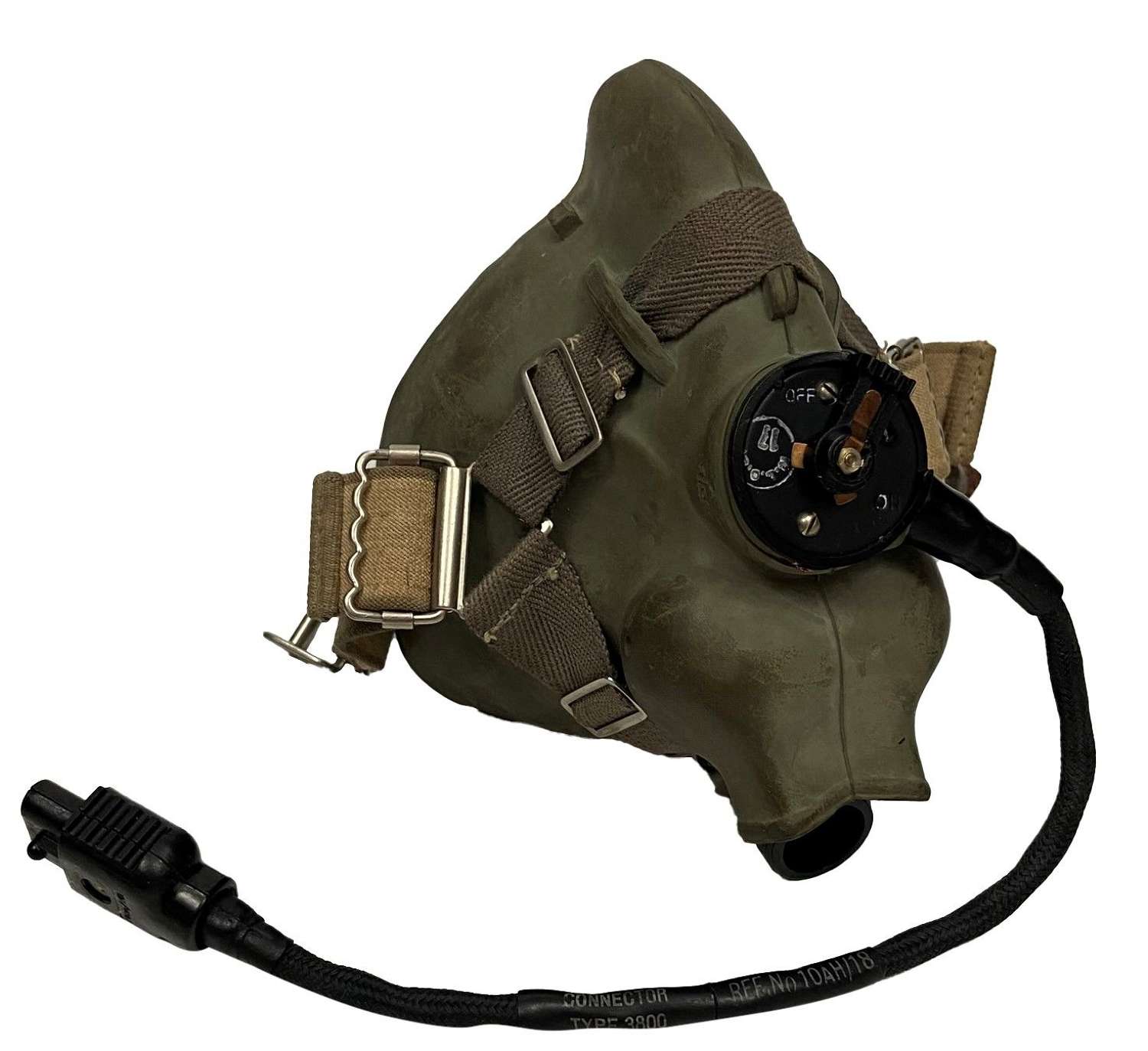 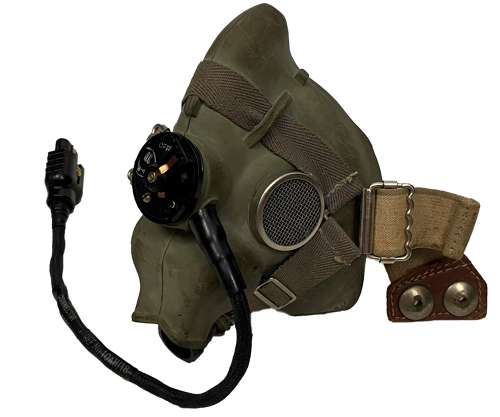 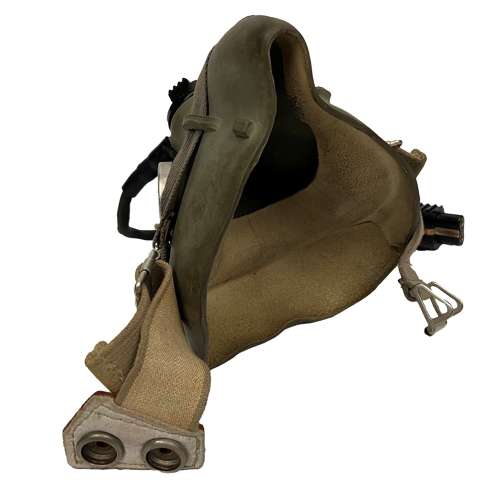 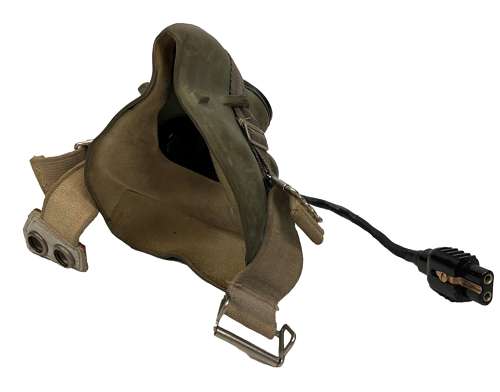 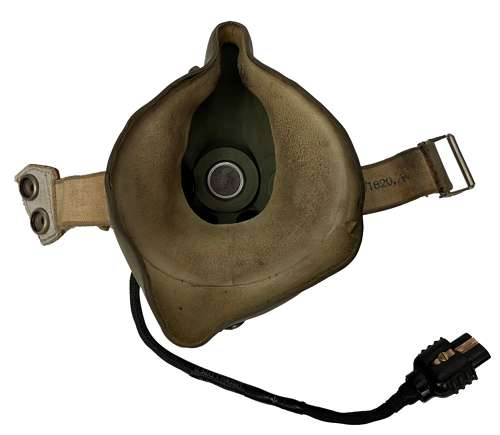 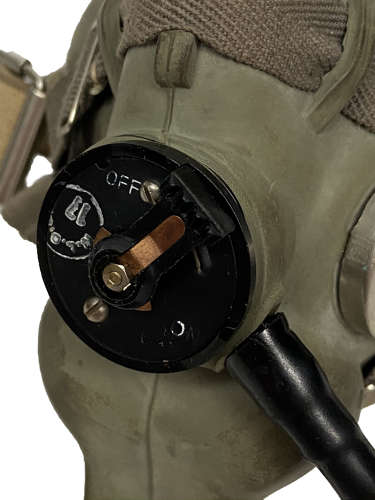 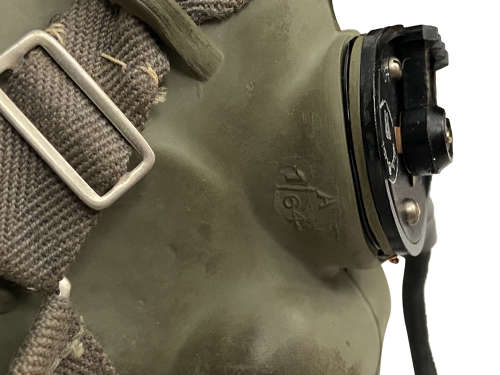 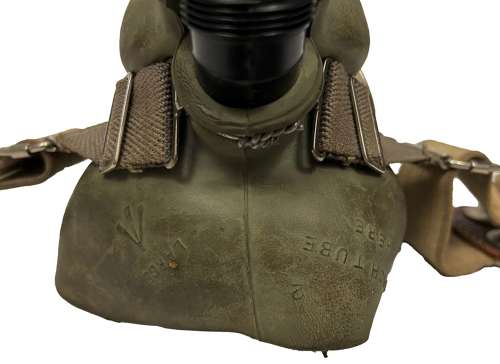 This pattern of oxygen mask came into issue with the RAF in late 1944 and saw Issue throughout the rest of the conflict and for many years after. This particular example dates from the early 1960s but is fitted with the large wartime pattern mic so would be usable for a late war scenario. It would also be ideal for an early Jet-Age period collection

The mask is in reasonable condition for its age as can be seen in the photographs but does have some very light cracking to areas of the rubber face piece. There are signs of use and handling although these are limited giving it a reasonably fresh look. The interior features the chamois lining and all the metalwork is in good condition.

The underside of the mask features the War Department broad arrow marking and size is marked as large.

All in all a nice example of an H-Type oxygen mask which would make a good addition to any aviation collection.