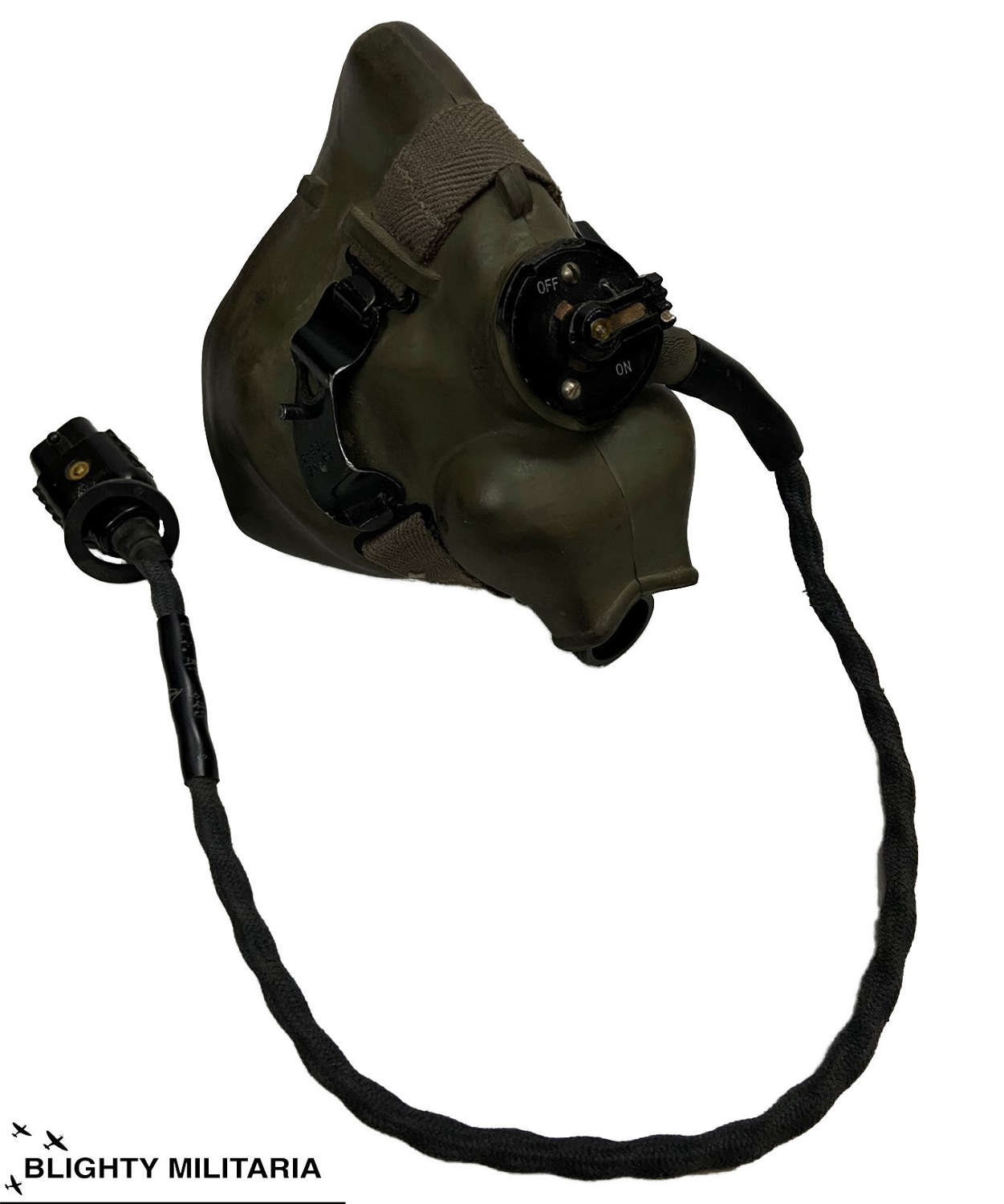 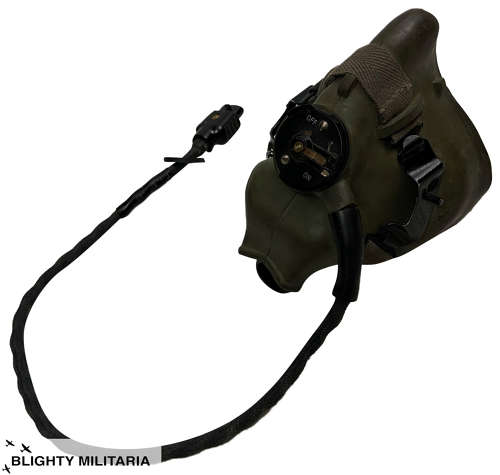 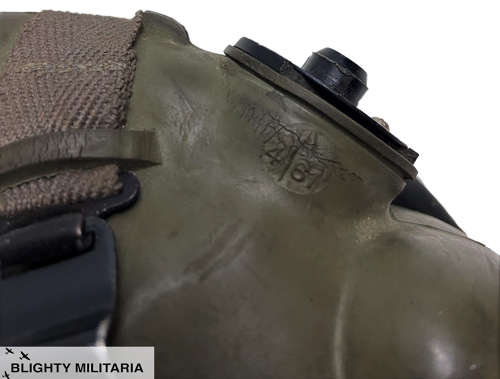 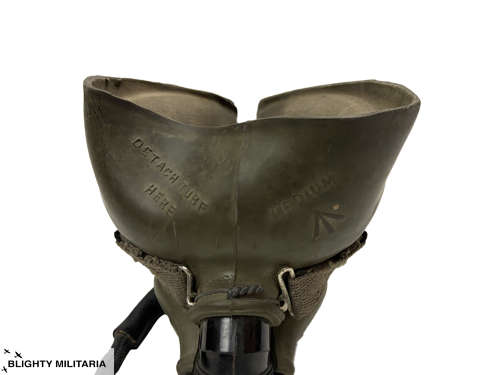 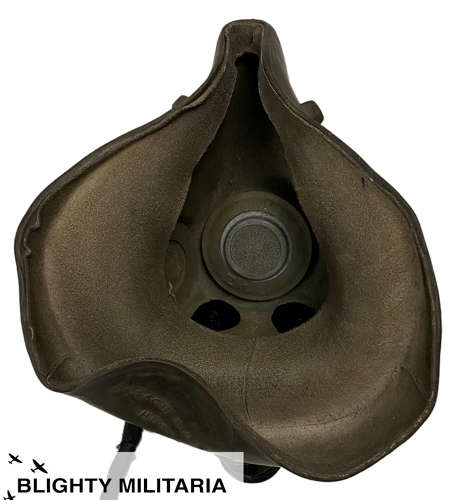 This pattern of mask was introduced in late 1944 and saw issue for many decades with the RAF. This example features a type 57 microphone as was used during the Second World War as well as in the post-war period. The mask features the date of April 1961 as well as the size of 'medium'.

The mask is in good condition overall and displays well. There are various signs of age and use as can be seen in the pictures.

All in all a good oxygen mask which displays well!