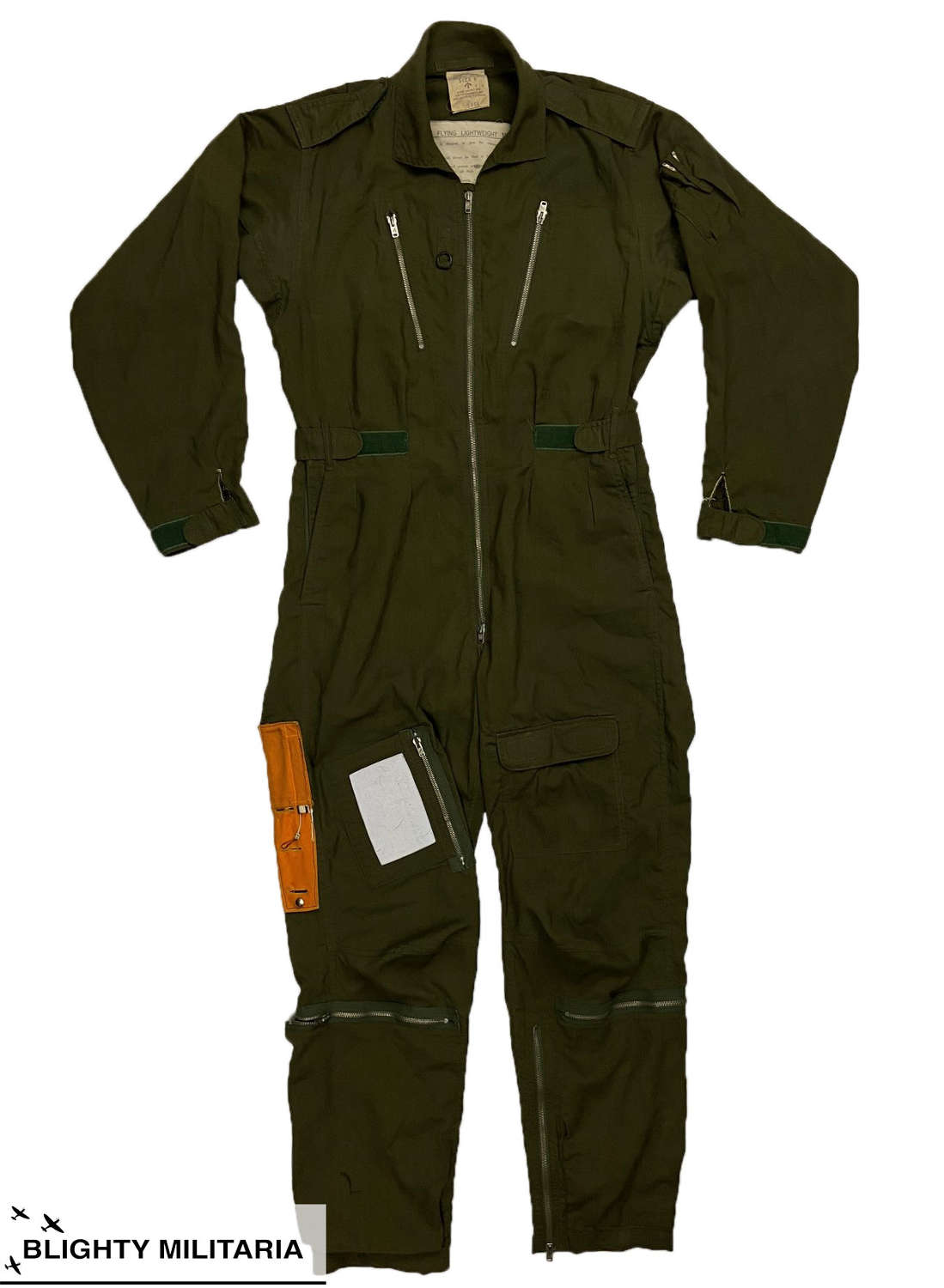 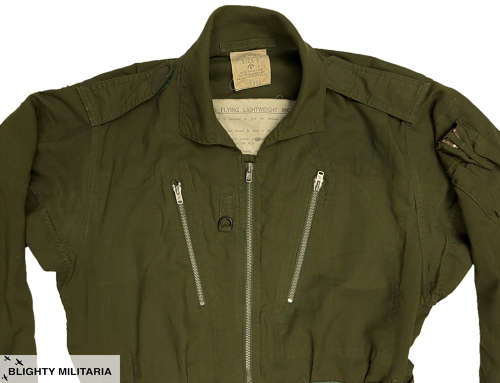 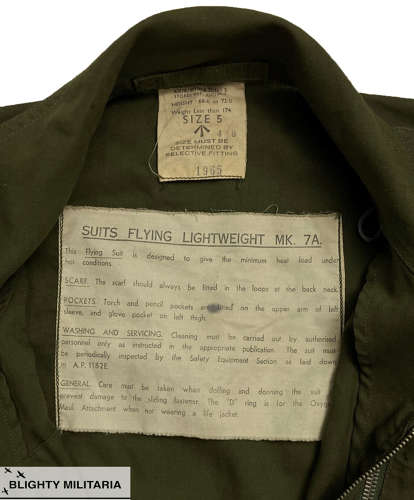 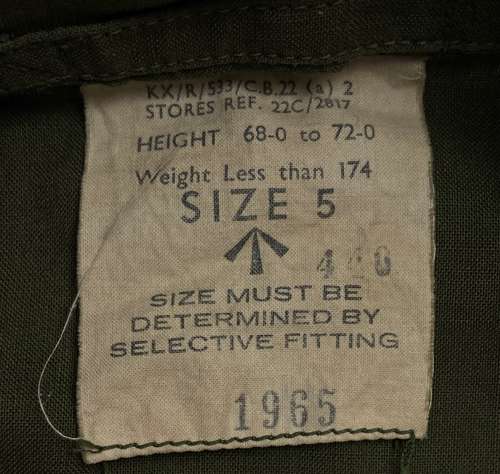 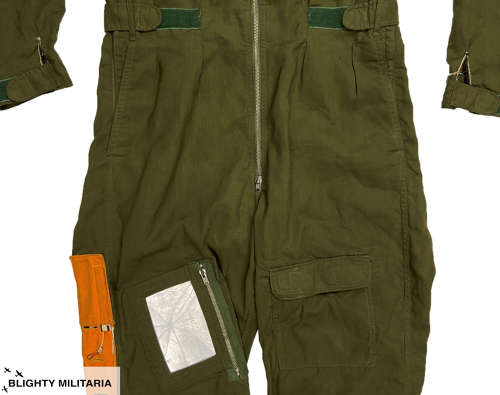 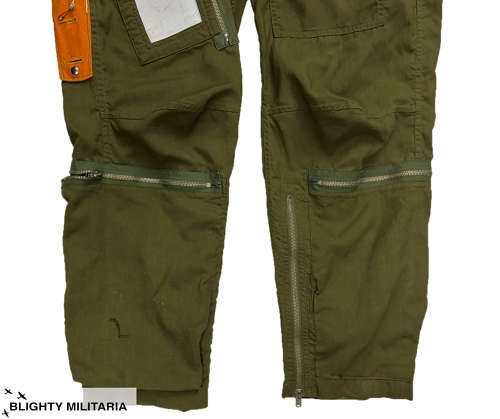 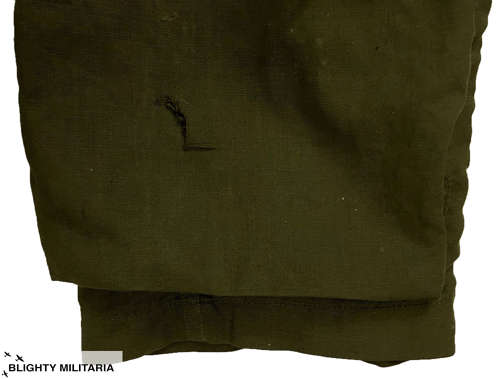 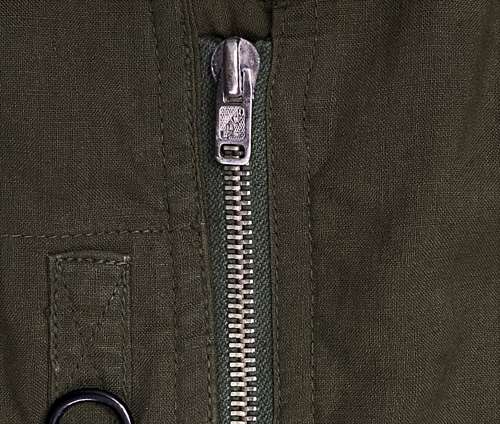 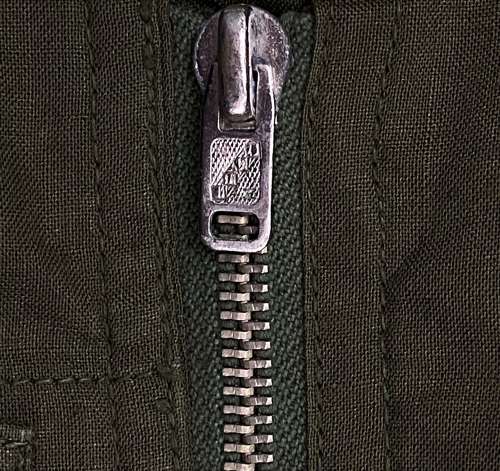 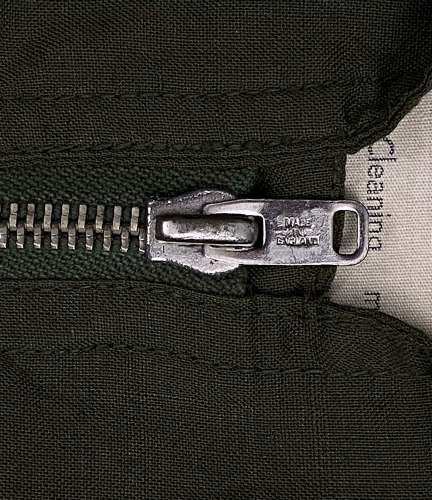 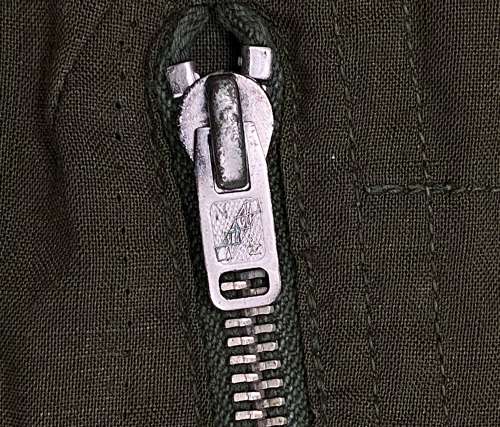 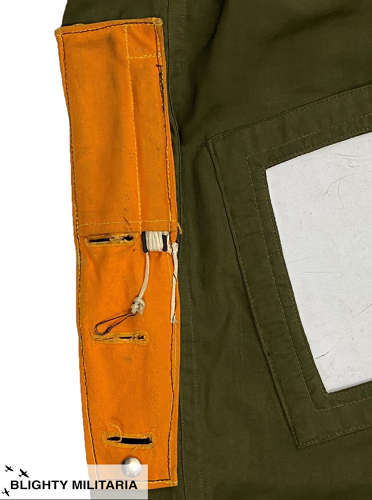 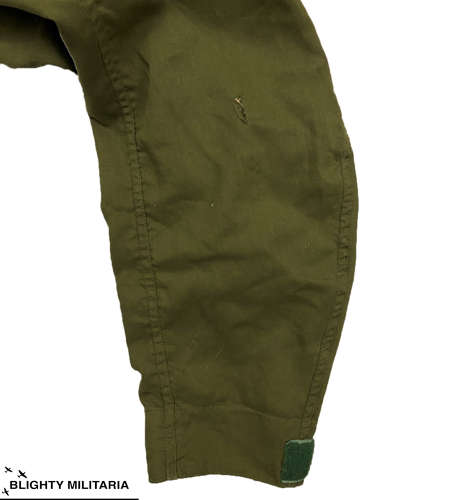 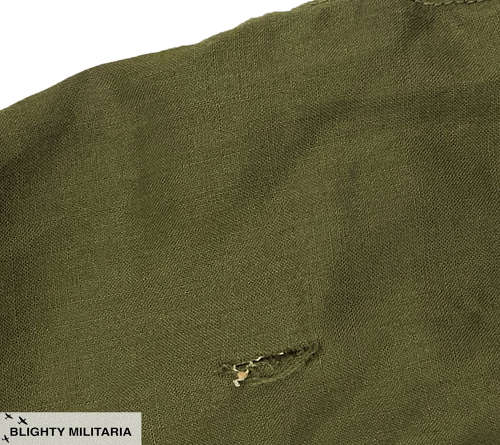 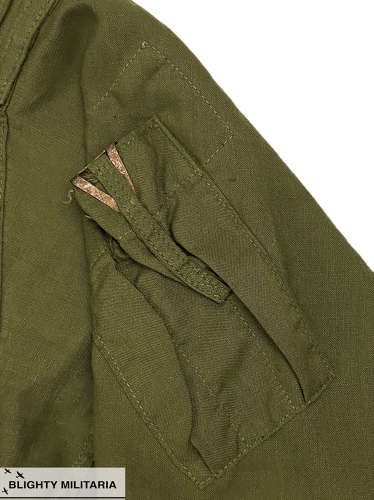 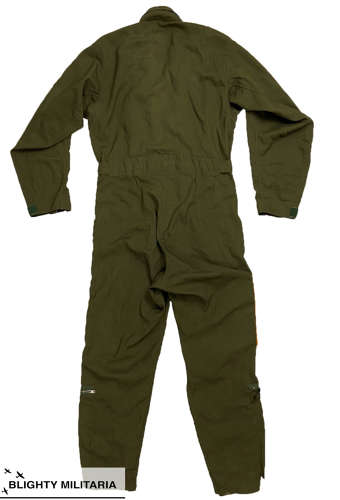 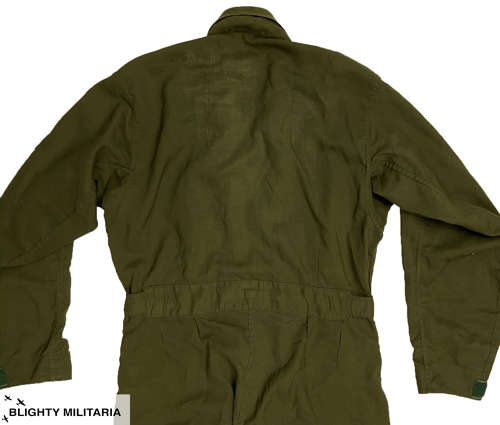 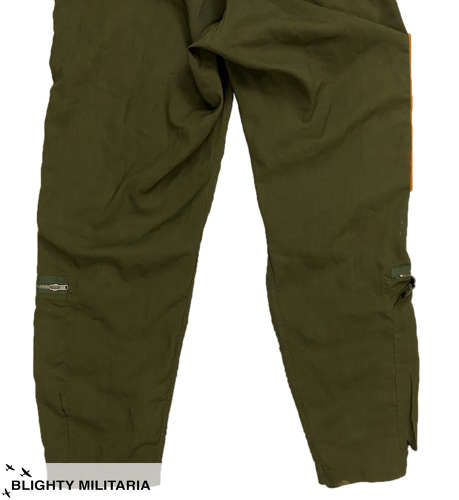 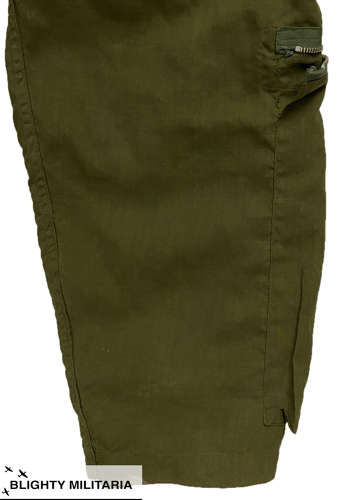 An original example of a MK 7A RAF flying suit in green in a size 5 and dating from the 1960s.

This pattern of suit was made in grey as well as green as it was in issue when the RAF changed from grey to green clothing. It is made from cotton and features metal 'NZ' branded zips throughout which feature the same design as 'Flash' zips from the period and are marked 'Made in England' to the reverse. The original metal pen holder is present to the pocket on the left sleeve which shows some signs of ageing. A MKII Survival Knife patch is fitted to the right leg and still retains its lanyard.

Inside the suit both of the original labels are still present. The smaller label bears the stores reference number of 22c/2817 and the size of 5. The War Department broad arrow marking is also present. Below this is a larger label which bears the title 'Suits Flying Lightweight MK 7A' as well as instructions relating to wear and use.

The suit is in good condition overall and displays very well. It has been issued and worn however so does have some signs of age and use. There is a tear to the inside of the right sleeve, another to the lower right leg pocket and the stitching in the corner of that pocket has also come away. These flaws are detailed in the pictures but do not overly detract when the suit is displayed.

All in all, a nice original Jet Age period flying suit with some nice period additions which would certainly compliment a post-war RAF collection.