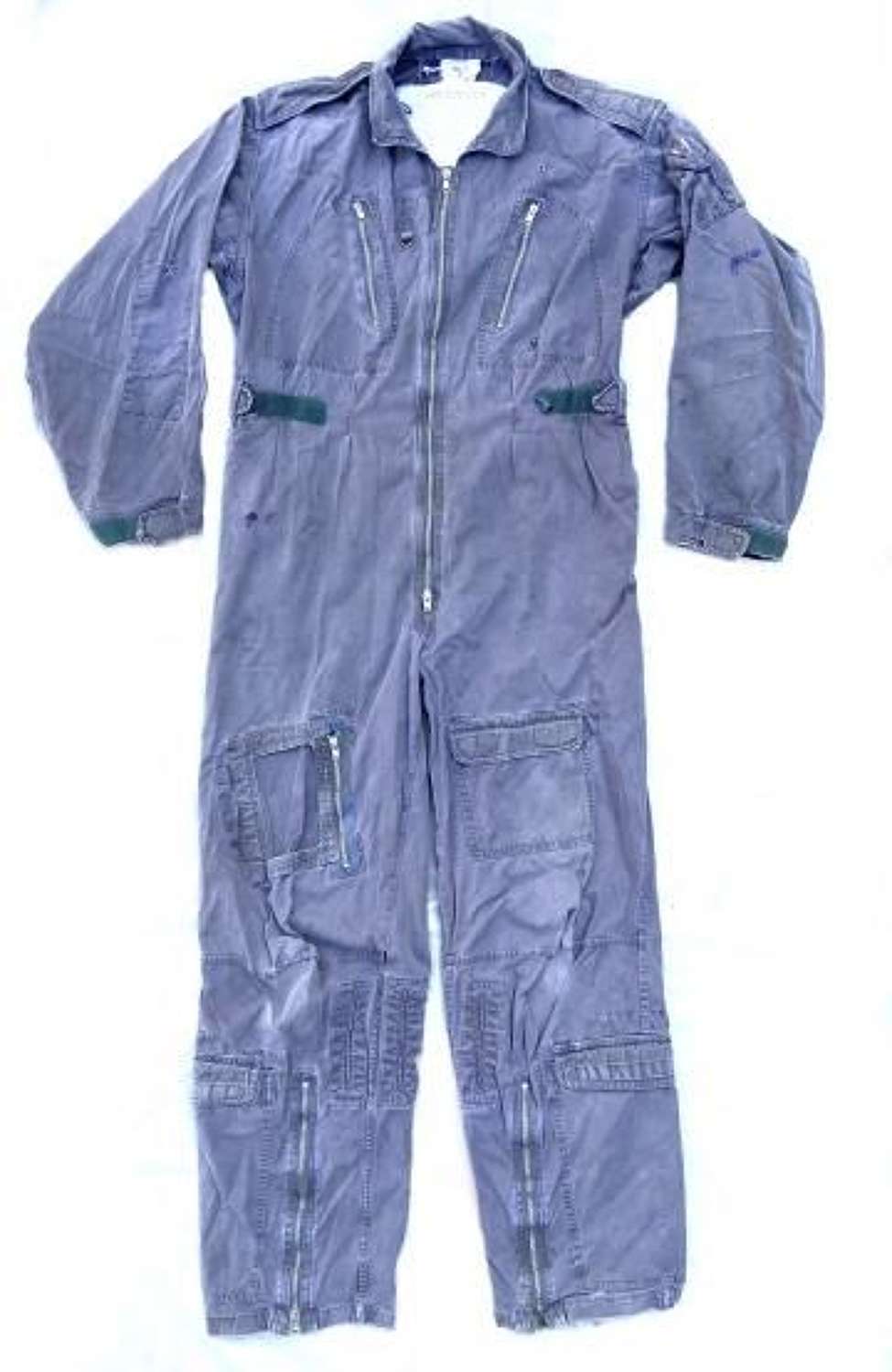 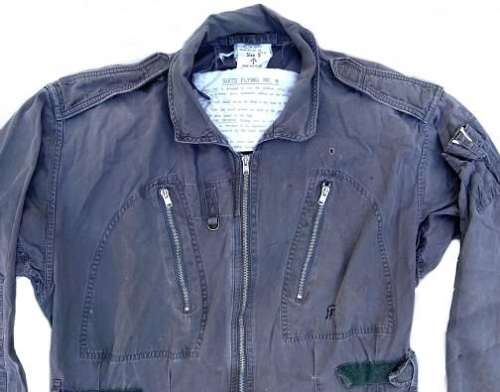 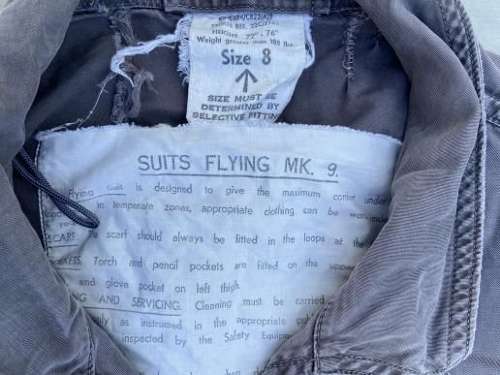 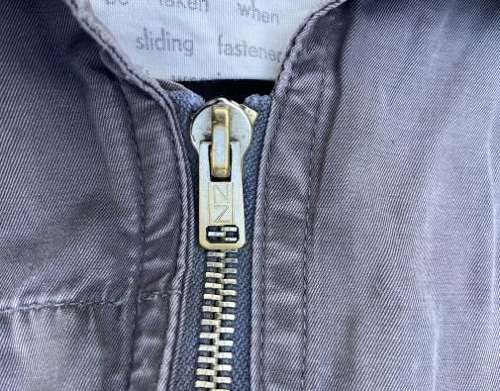 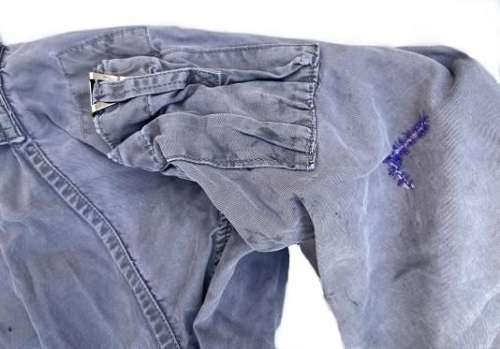 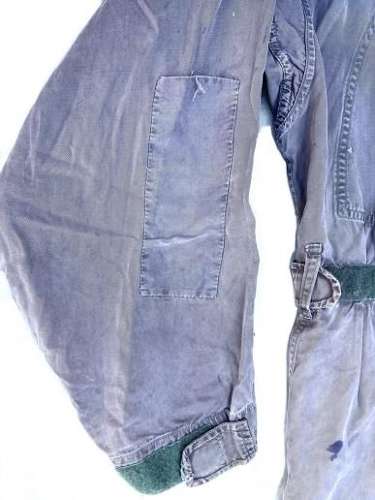 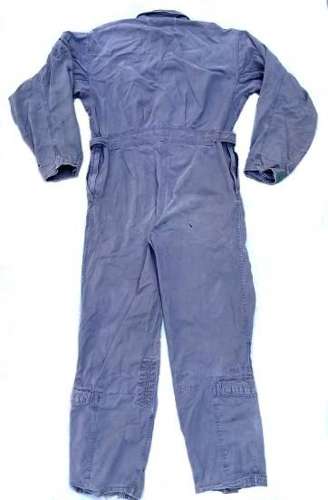 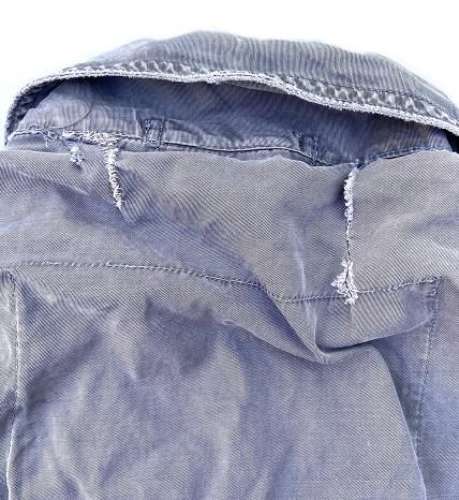 This pattern of suit is extremely similar to the MK7 Fling Suit with most of the same details. The suit dates from the 1960s as it is the sought-after grey colour, rather than the later green shade. It features all of its original zips, some of which are marked 'NZ'.

The interior of the suit retains both of the original labels. The smaller of the two bares the stores code of 22C/2763 as well as the War Department broad arrow and the size. The suit is a large size number 8 which will fit between the sizes stated on the label. The second label bares the title 'Suits Flying MK. 9.' as well as a variety of instructions.

The suit is in well used condition with a variety of patches and repairs which I have done my utmost to detail in the pictures so please take the time to study them.

All in all a good example of this pattern of flight suit which would make a nice addition to any Jet Age collection.