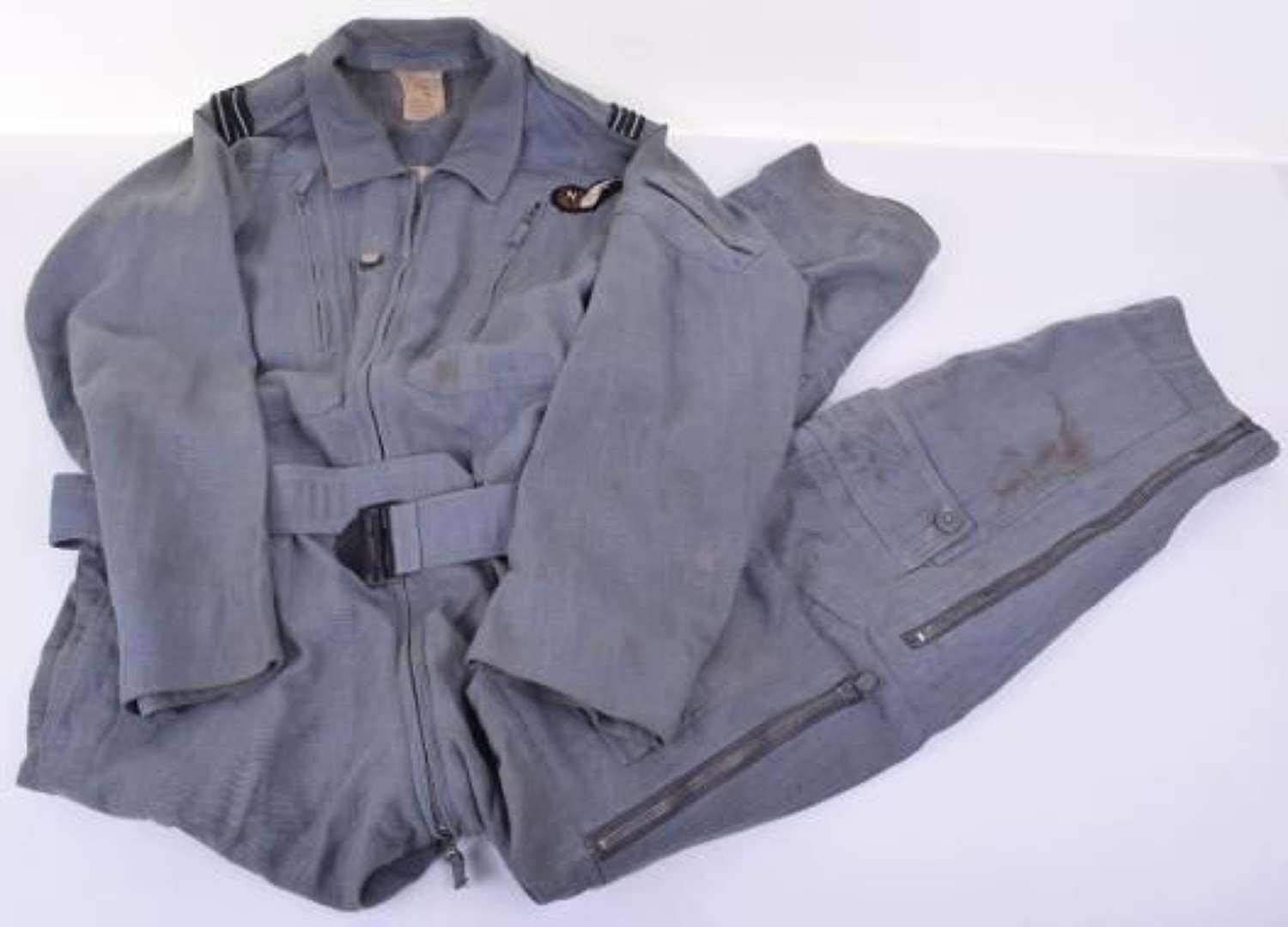 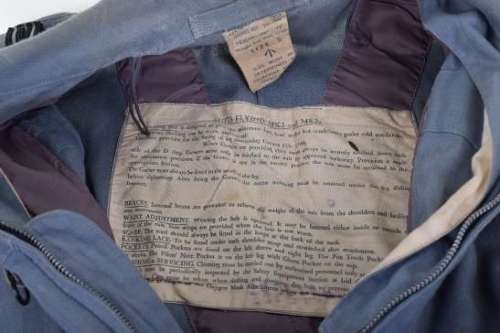 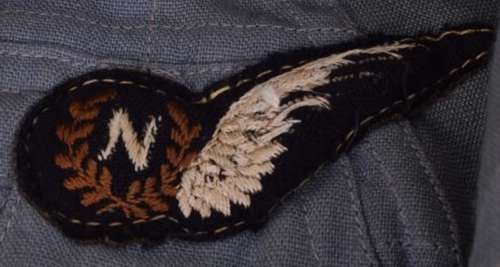 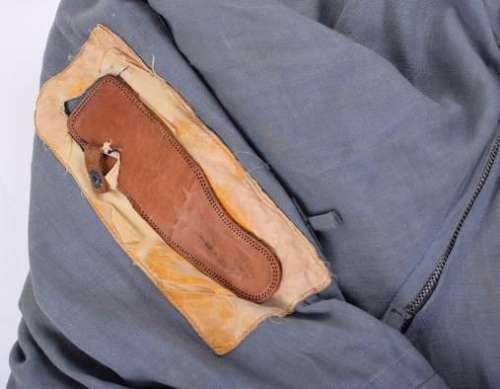 The MK 2 Flying suit came into use with the RAF during the 1950s replacing the earlier MK 1 variant but retained a number of similarities with it and also the Ventile smock, such as the waist buckle and zips.

The suit retains its original labels inside which bare the 1959 date, 22c stores reference number and the War Department broad arrow mark. As well as this it also states that it will fit someone up to the height of 72".

The flying suit also comes with its original insignia which include a worn Navigators brevet and flight Lieutenant insignia to the epaulettes. As well as this it has an early knife pouch which dates from just after the second world war and would suggest that the original owner was a career man.

All in all, a lovely original flying suit with some nice details which clearly belonged to a flyer of some long standing. This would undoubtedly compliment any Jet Age RAF collection!