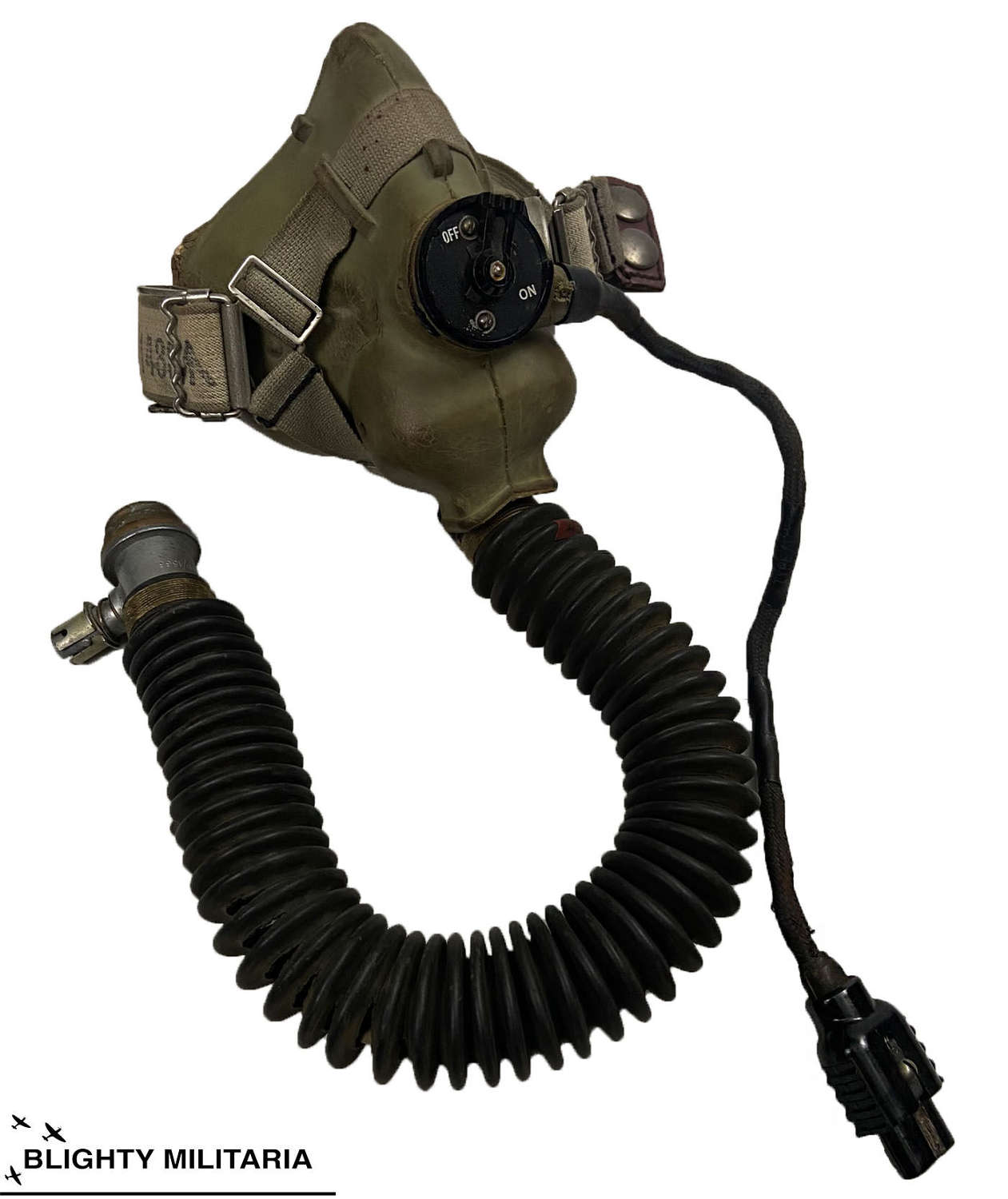 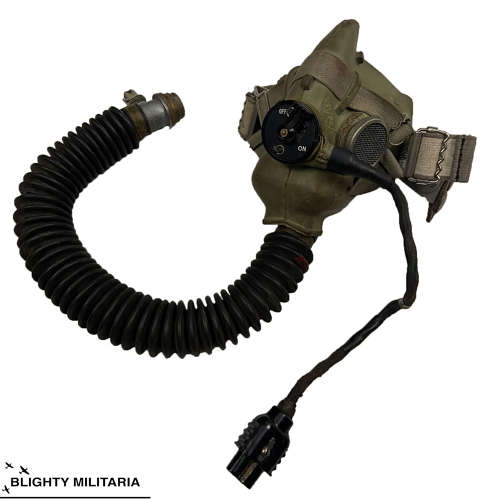 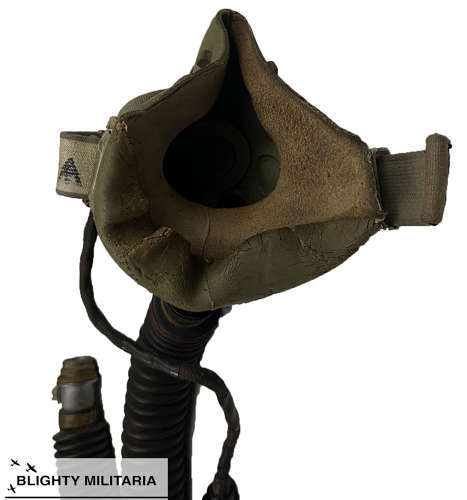 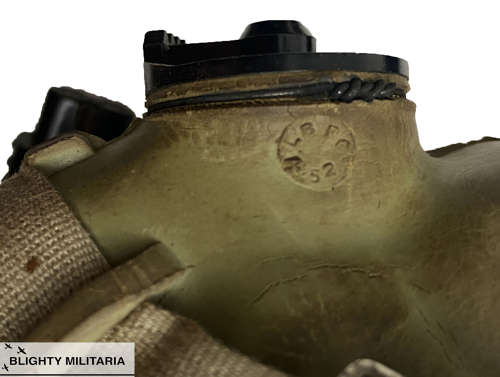 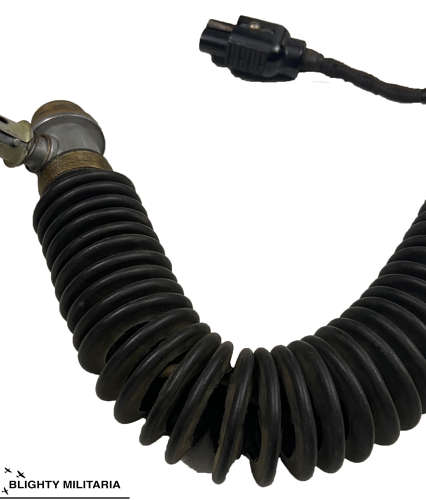 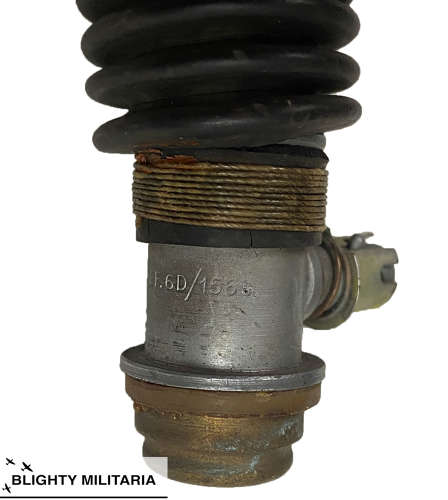 The mask is the standard H Type which was introduced into service at the end of 1944, replacing the earlier G Type mask. It is fitted with a type 57 microphone and standard webbing harness. The mask is dated 1952 and although it is post-war dated it is identical to those issued during the Second World War, making it an ideal stand-in. The mask is not in fantastic condition with various cracking and some hardening - notably around the bottom of the mask. The harness is good and is complete with all of its fittings, some of which aren't illustrated in the pictures.

The hose is a good original example which is still pliable. There are numerous cracking/breaks in between the corrugated sections as is often the case but this is only noticeable on close inspection when handled and is more or less consistent throughout the hose. It displays fine but needs to be handled with care and would therefore only suit a static display. The tube features the later style adapter which could be changed for a brass MK IV example.

Not a perfect hose and mask but a good display item for someone on a budget.