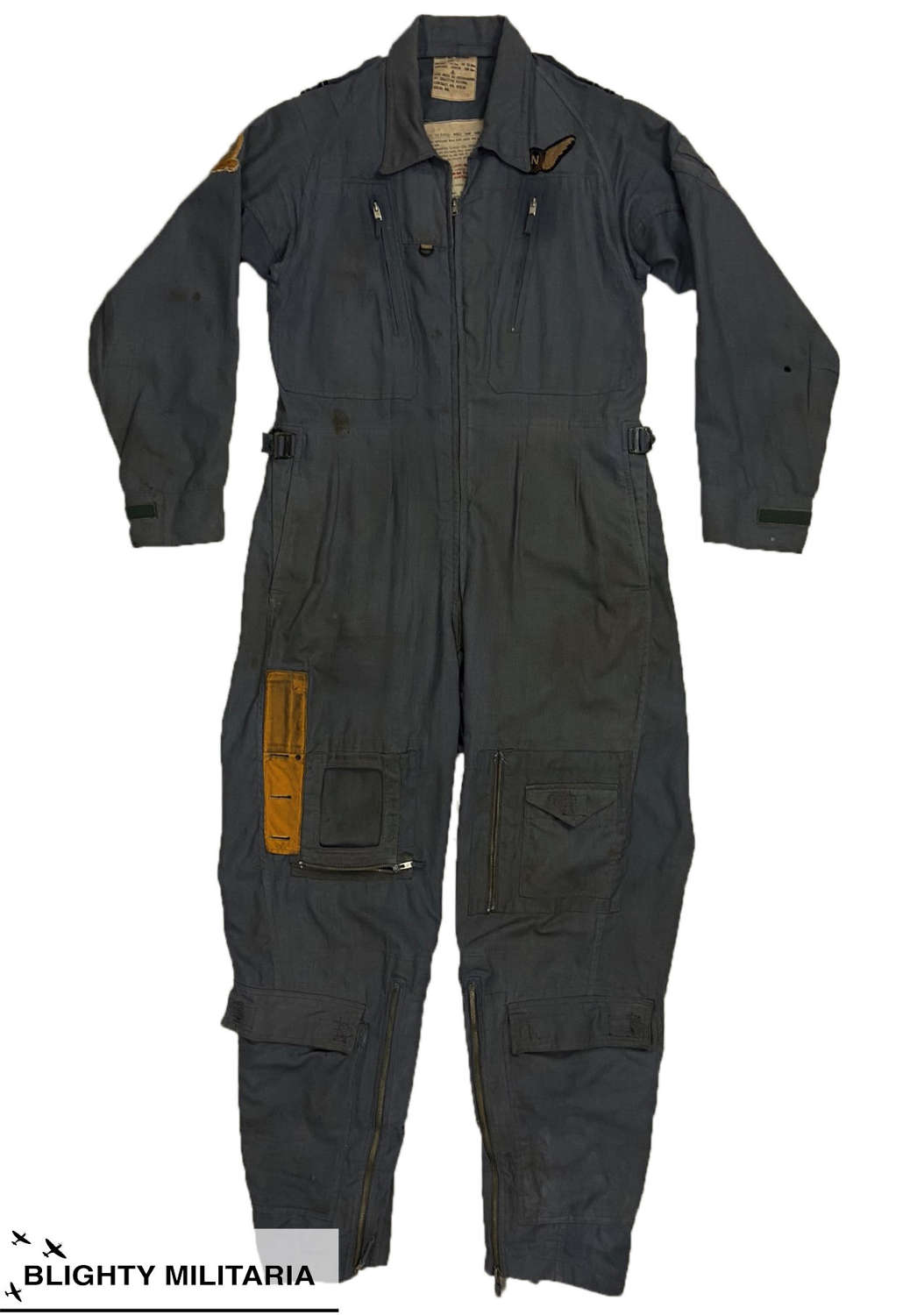 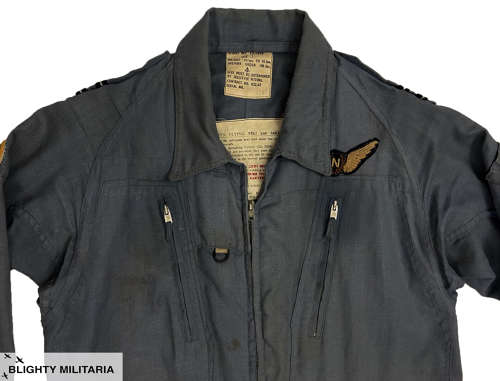 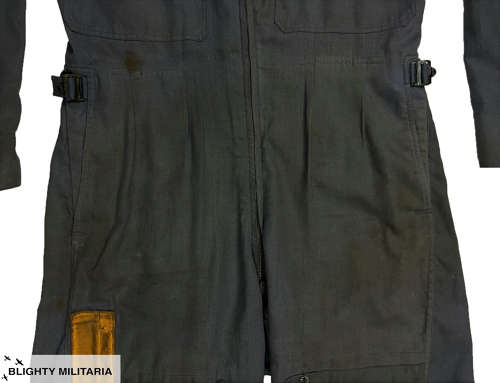 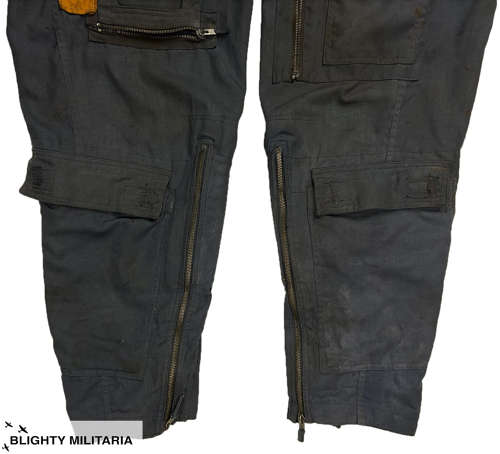 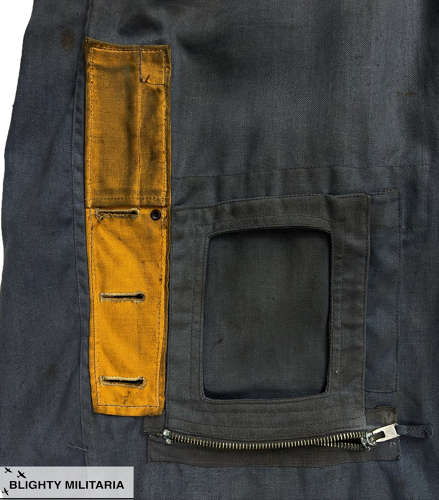 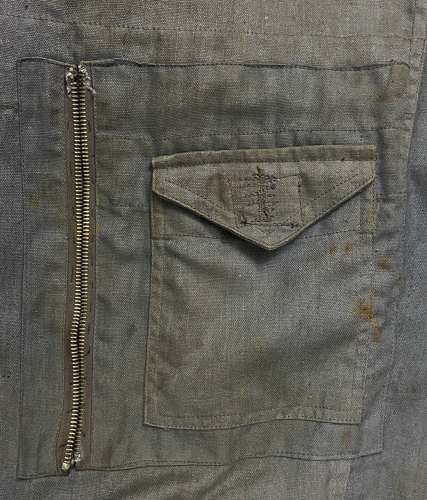 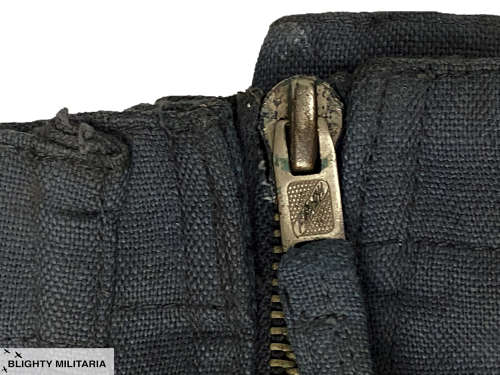 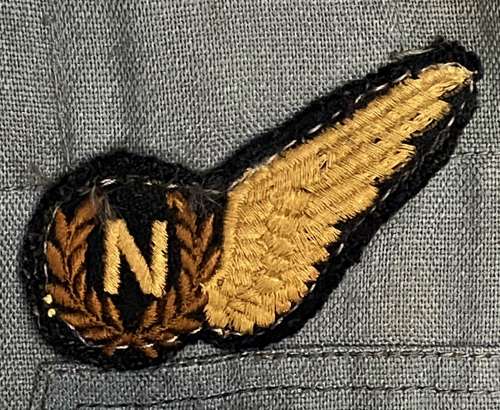 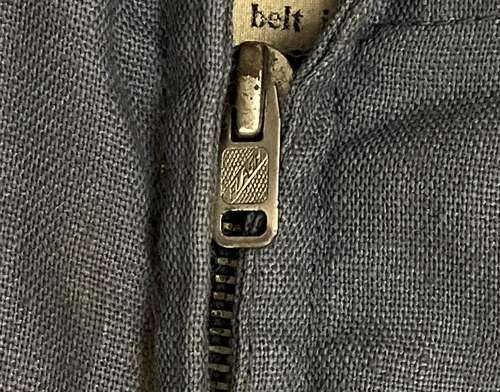 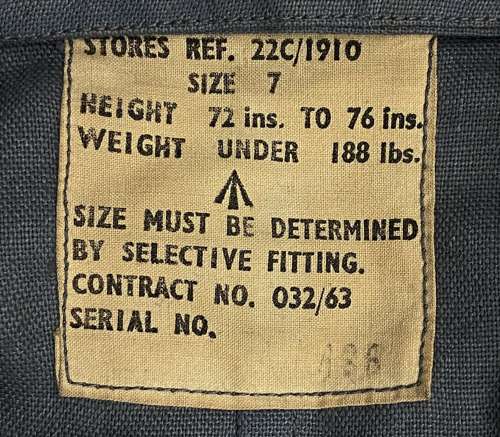 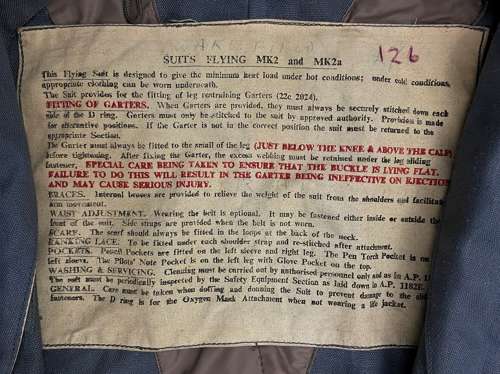 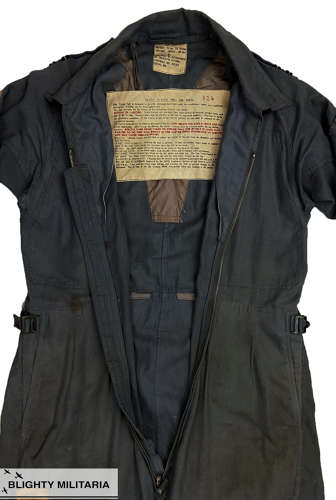 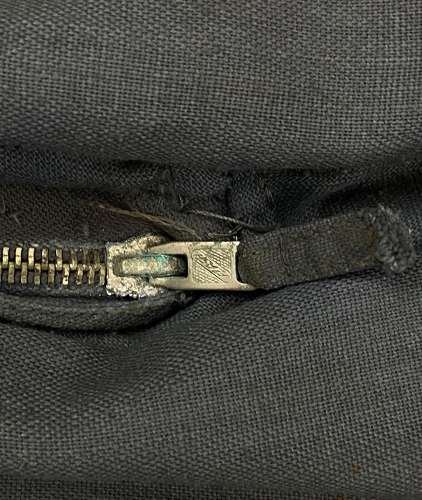 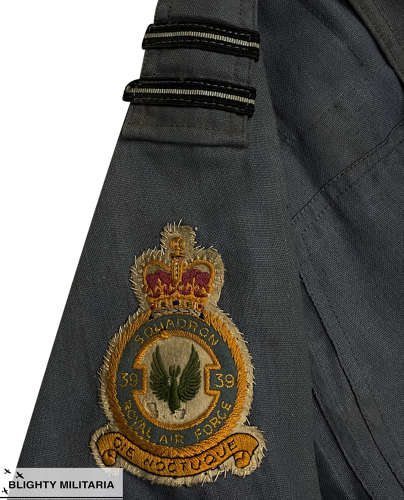 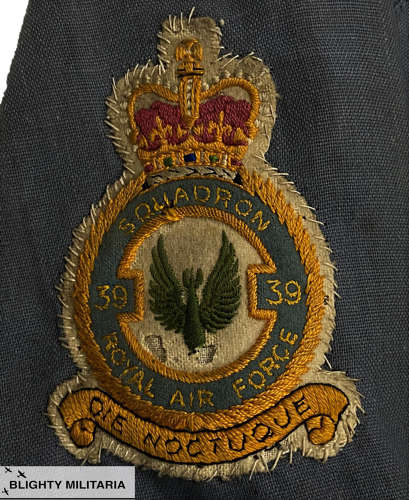 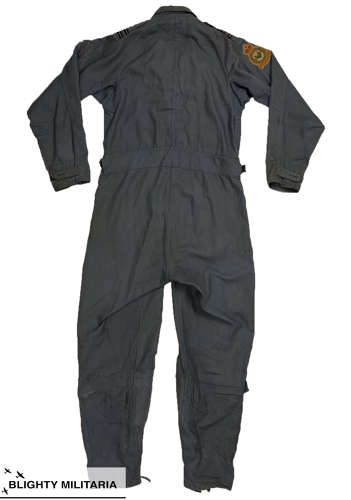 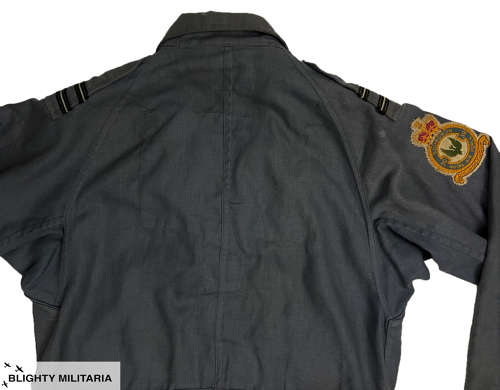 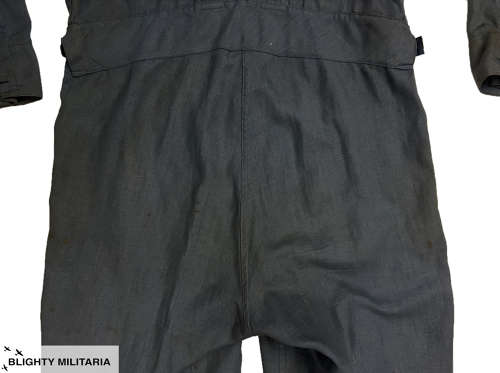 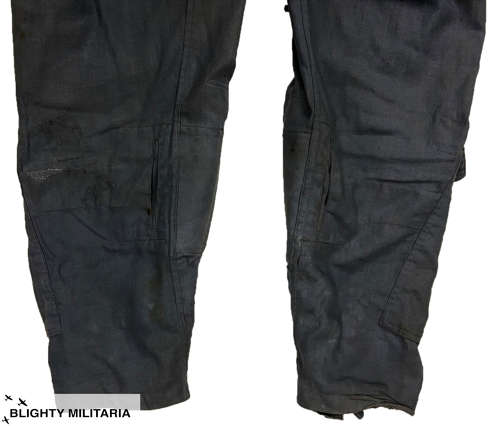 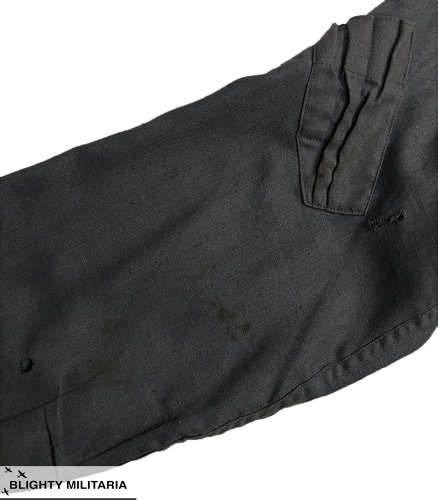 An original Royal Air Force Mk2 and 2a Flying Suit dating from the 1950s and in good condition.

Officially designated 'Suits Flying MK2 and 2a' the suit is made from a blue-grey coloured linen cotton and features metal 'Flash' branded zippers throughout. Metal waist adjusters are also a feature and are marked 'To Release Lift' and pockets can be found to the lower legs. Inside the suit there is an integral brace system, two drying loops and a hanging loop to the neck. A yellow survival knife pocket is fitted to the lower right leg.

The suit is fitted with an original Navigator's brevet which is clearly a period addition and has always been on the suit. Flight Lieutenant rank stripes have been fitted to each epaulette and are again clearly original to the suit. As well as this is a 39 Squadron patch to the upper right sleeve which is a very nice feature. 39 Squadron operated English Electric Canberras from 1958 - 1982 and the suit was almost certainly worn by a navigator flying on this marque.

The suit has two labels to the interior. The uppermost is the issue label and bears the RAF Stores number of 22c/1910 and the size of 7 - One of the large sizes produced. Below this is the War Department broad arrow marking. The original owner has marked his name to the larger of the two labels which may offer the potential for further research.

The suit is in well worn condition and clearly saw plenty of action. There is various staining and signs of use and can be seen in the pictures. The main zipper works well as do the chest pocket zippers. The right leg zip functions whilst the left zip has a break to the end so is best left in the fastened position. Some of the leg pocket zips are also missing their pullers. There are signs of age and wear which are to be expected with a vintage item which has been issued. Please take time to study the pictures provided before purchasing.

Altogether a very nice example of an early jet-age flying suit which clearly saw action and has some excellent, period-applied insignia. This would make an excellent addition to any RAF collection!