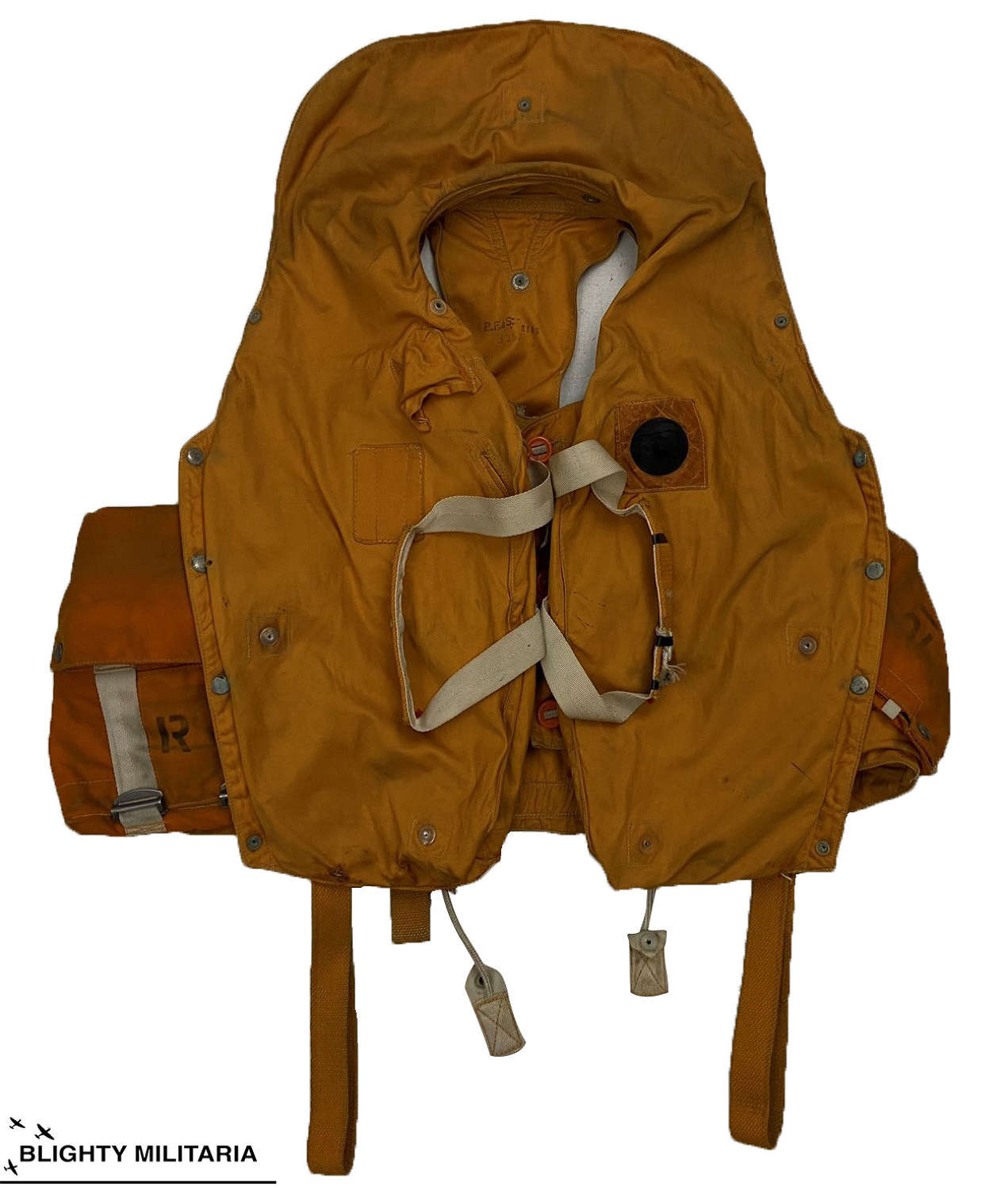 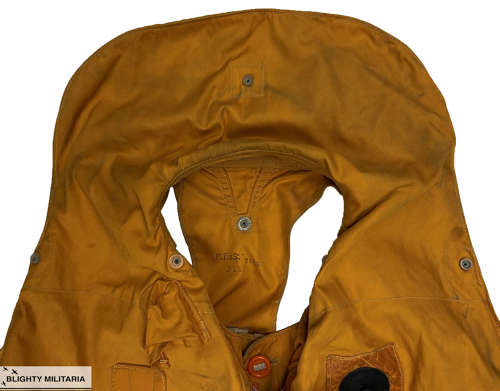 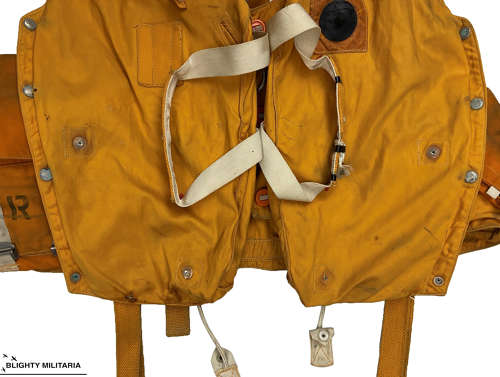 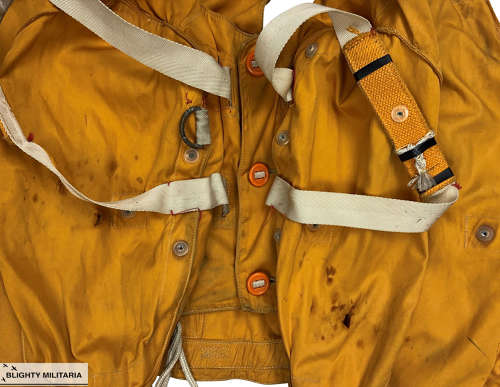 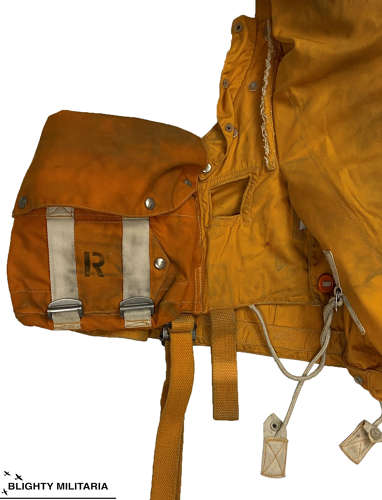 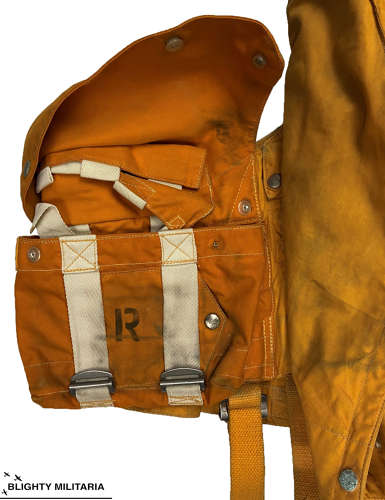 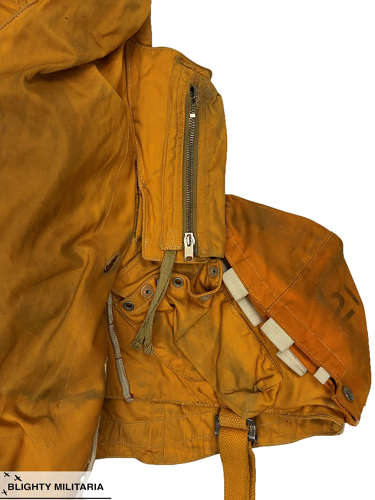 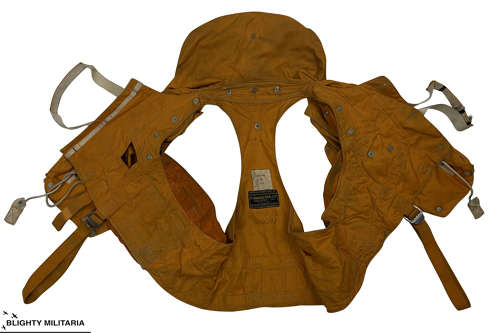 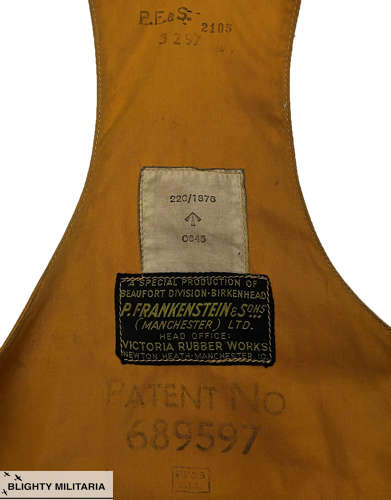 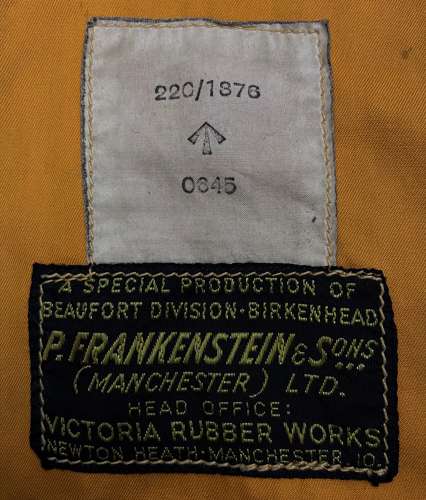 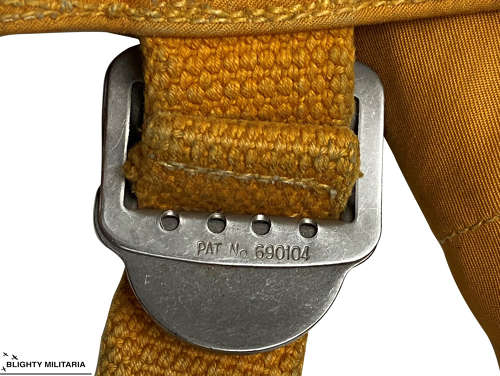 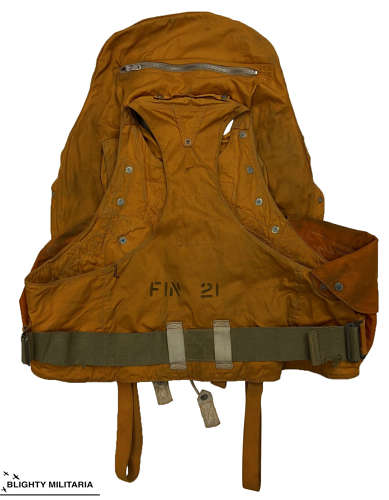 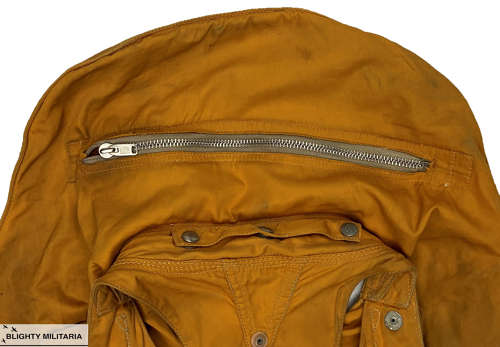 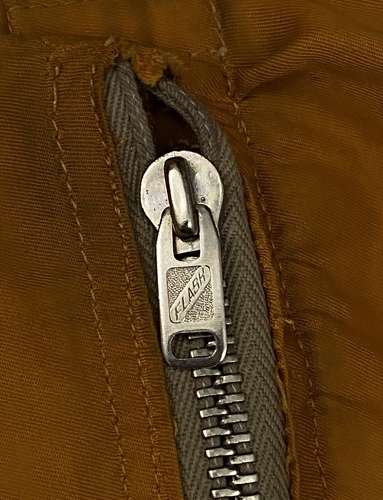 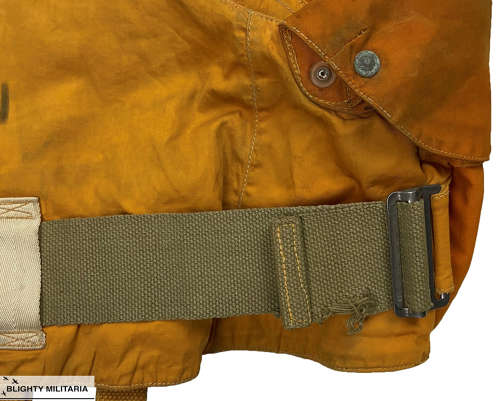 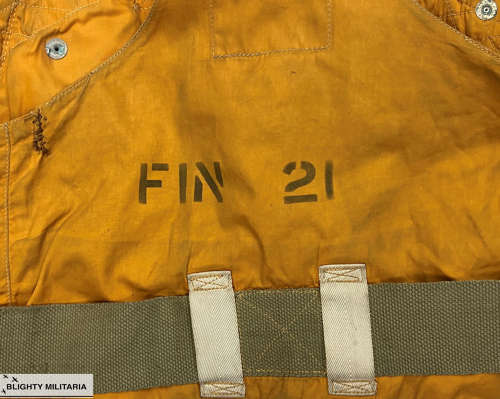 An original 1950s RAF MK 4A Life Preserver made by 'P. Frankenstein'.

This pattern of life jacket was introduced into service in the 1950s and saw widespread issue. It is a waistcoat like the earlier 1932 and 1941 pattern mae west which preceded this pattern but has many changes. It features a 'horse shoe' I.E. the main front body of the jacket which is again the same as earlier patterns. This is designed to allow for inflation and features grab hands and a three button front which is again similar to the earlier mae wests. A large pocket is fitted to the right hand side which is intended to house the 'SARAH' Beacon Battery. It features two white straps to the exterior which denote this as a MK 4A. There is a torch pocket hidden behind the left hand side of the 'horse shoe' which fastens with a 'Flash' branded zipper. This is no longer functioning but displays well. Another 'Flash' zip is found to the reverse of the 'horse shoe' which allows the bladder to be fitted or removed.

The jacket is in used condition with some signs of age and wear. There are some flaws including some broken plastic poppers, a repair to the rear of the waistcoat, oxidation to some of the metal work etc. Please study the pictures carefully before purchasing as this is a used, issued item with some flaws.

A nice piece of Jet-Age flying equipment which would make a nice addition to a collection.