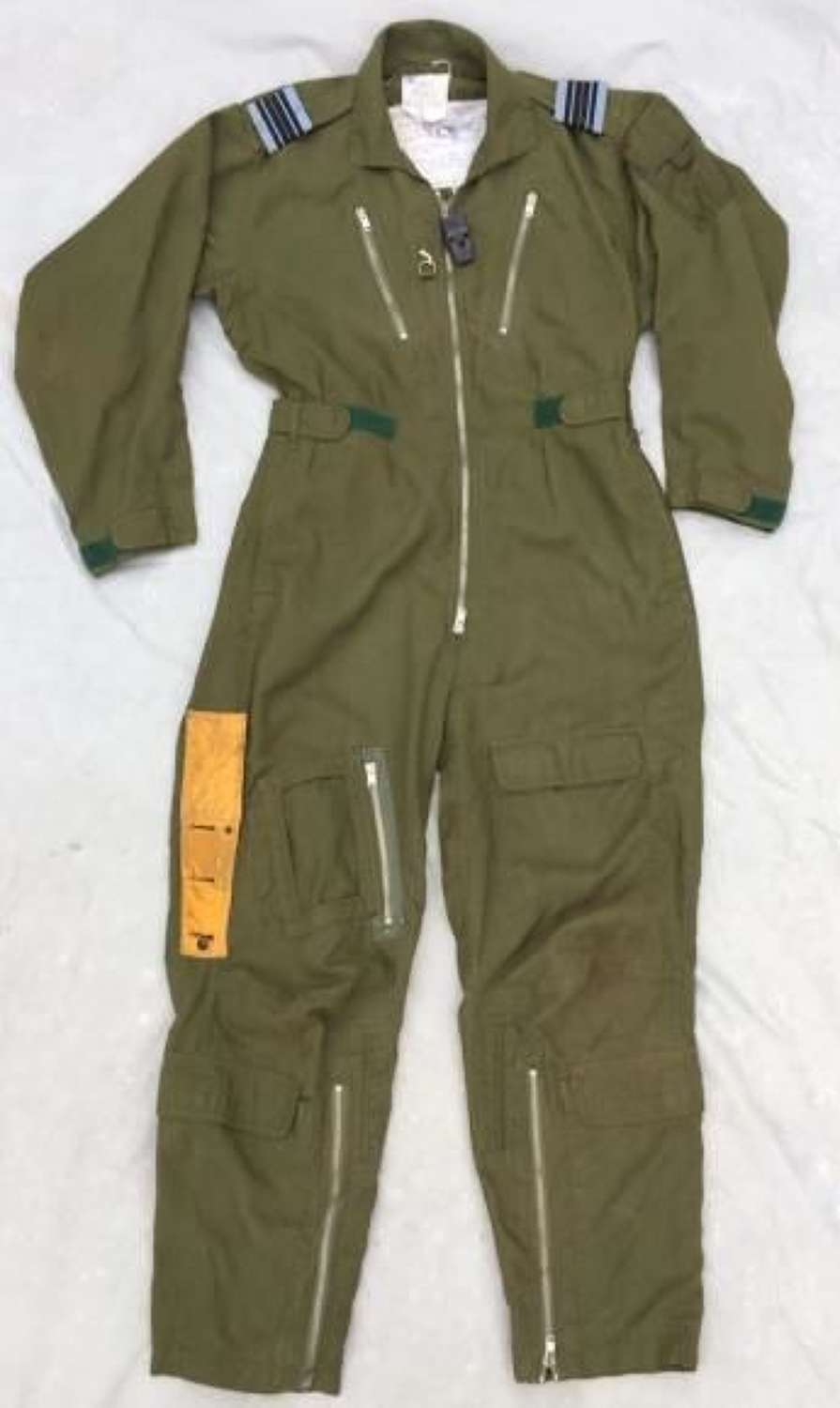 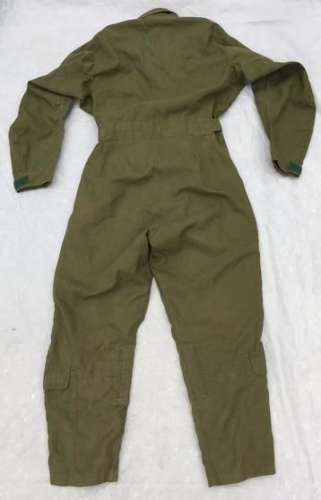 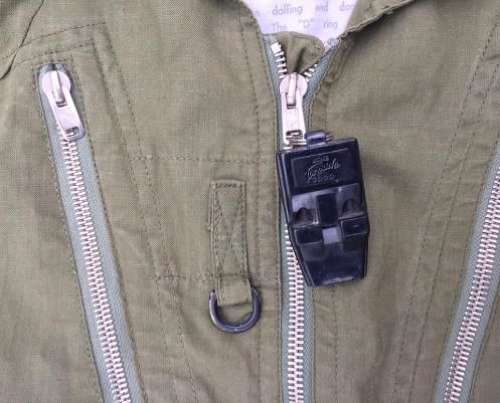 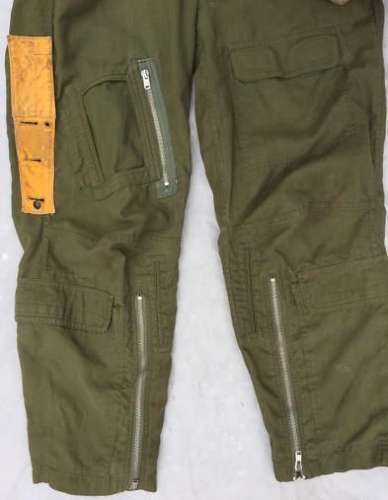 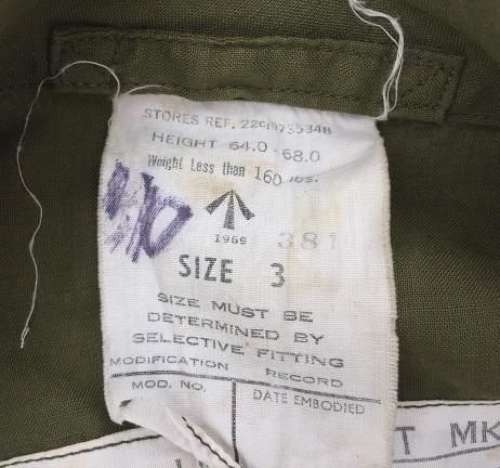 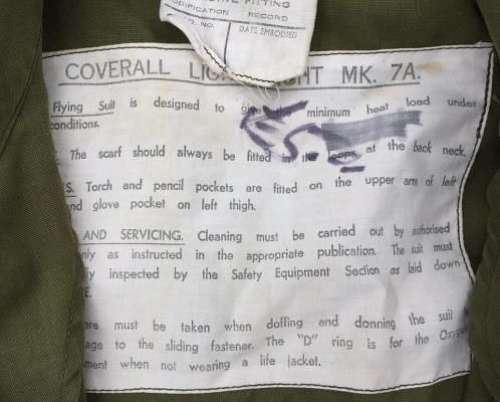 SOLD
An excellent original example of a MK 7A RAF flying suit, clearly dated 1969 and featuring its original whistle.

This jet age flight suit is typical of those worn by aircrews in the post-war years and is the rarer green example. In the immediate post-war years grey was the colour of choice for RAF flying clothing but green began to make an appearance by the 1960s, although not too often, making it sought-after by collectors today.

The suit retains its original labels which state it as being a size 3 . It also bares the War Department broad arrow stamp and the date - 1969.

All the zips are original and function well and an original whistle is attached to the main zip. The black plastic whistle is marked 'ACME Tornado 2000' and is correct for this period of flying suit.

Overall, a fantastic original flying suit with some lovely period features. This would certainly look great in any Jet-age collection.