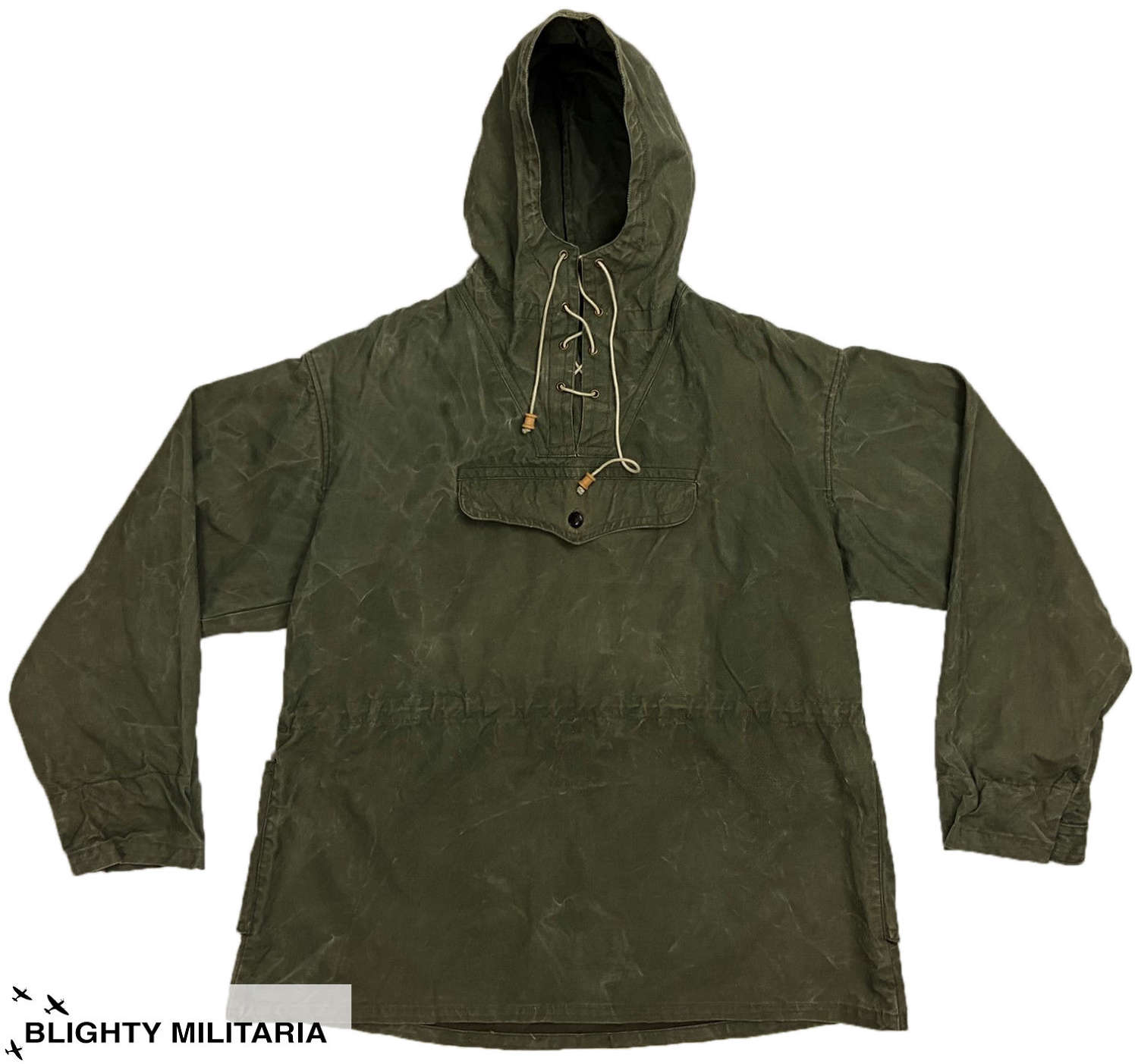 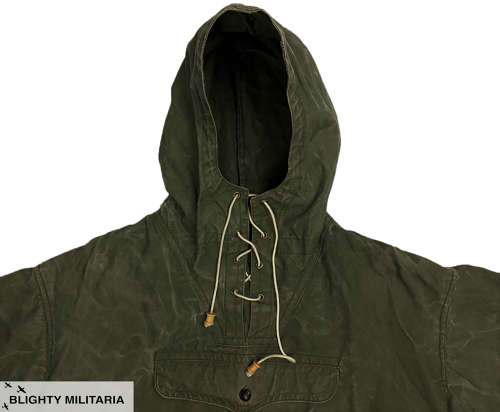 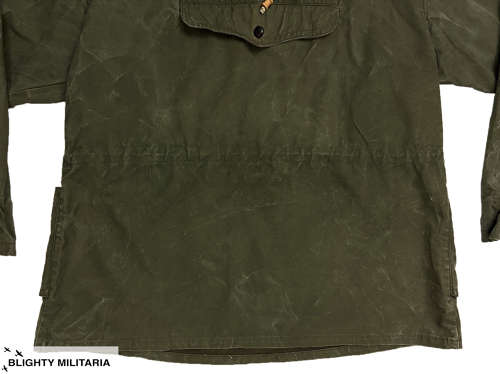 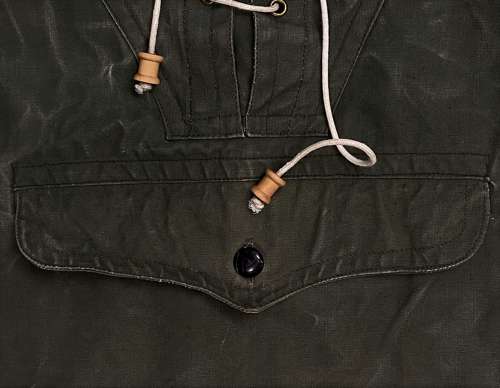 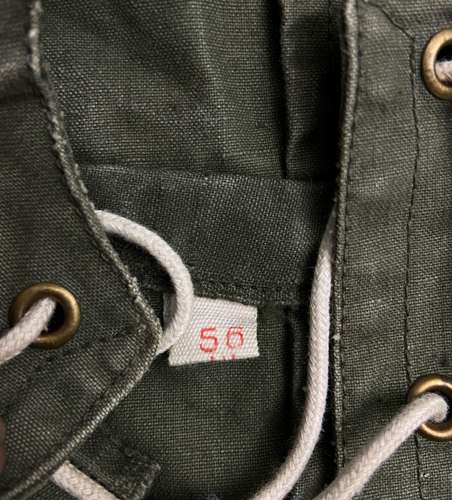 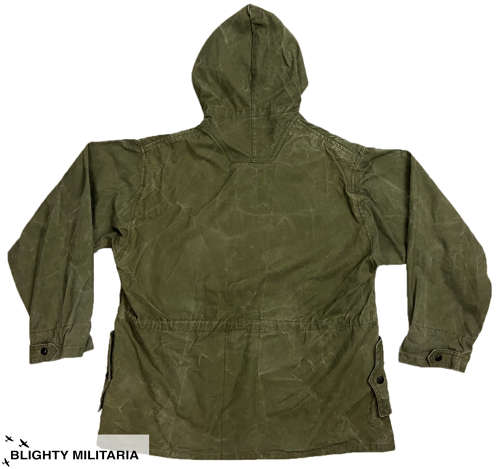 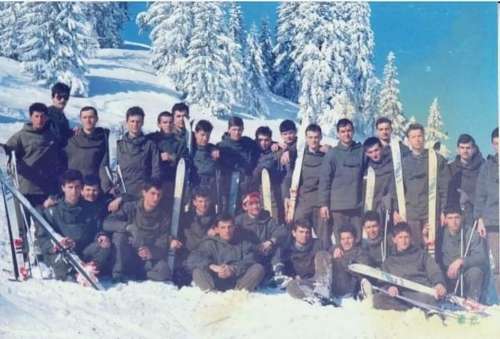 An original Yugoslavian mountain smock dating from the late 1940s and in a size 56.

This smock was produced for the Yugoslavian Army in the late 1940s and early 1950s and was intended to be issued to mountain troops. It is made from a thick, tight weave cotton in an olive drab colour. It features a hood and laces up at the front with a white lace which passes through brass eyelets. Below this is a chest pocket which features a flap and fastens with a plastic football style button. There are pockets to each side seam (better seen from the rear when laid flat) which fasten with the same buttons as well as tabs to the cuff which again fasten with cuttons. Inside the cuff of the sleeve is an elasticated storm cuff.

Inside the smock there is a size tag which states the size as 56 which equates to a UK size 44" chest. I would personally recommend that this would suit smaller than this and when laid flat it measures -

The smock is in good, wearable condition with some signs of previous wear and age. Overall it displays well and has no serious flaws but please take time to study the pictures and bear in mind that this is a pre-owned vintage military garment which may have small issues commensurate with age.

A nice original smock with some great details!