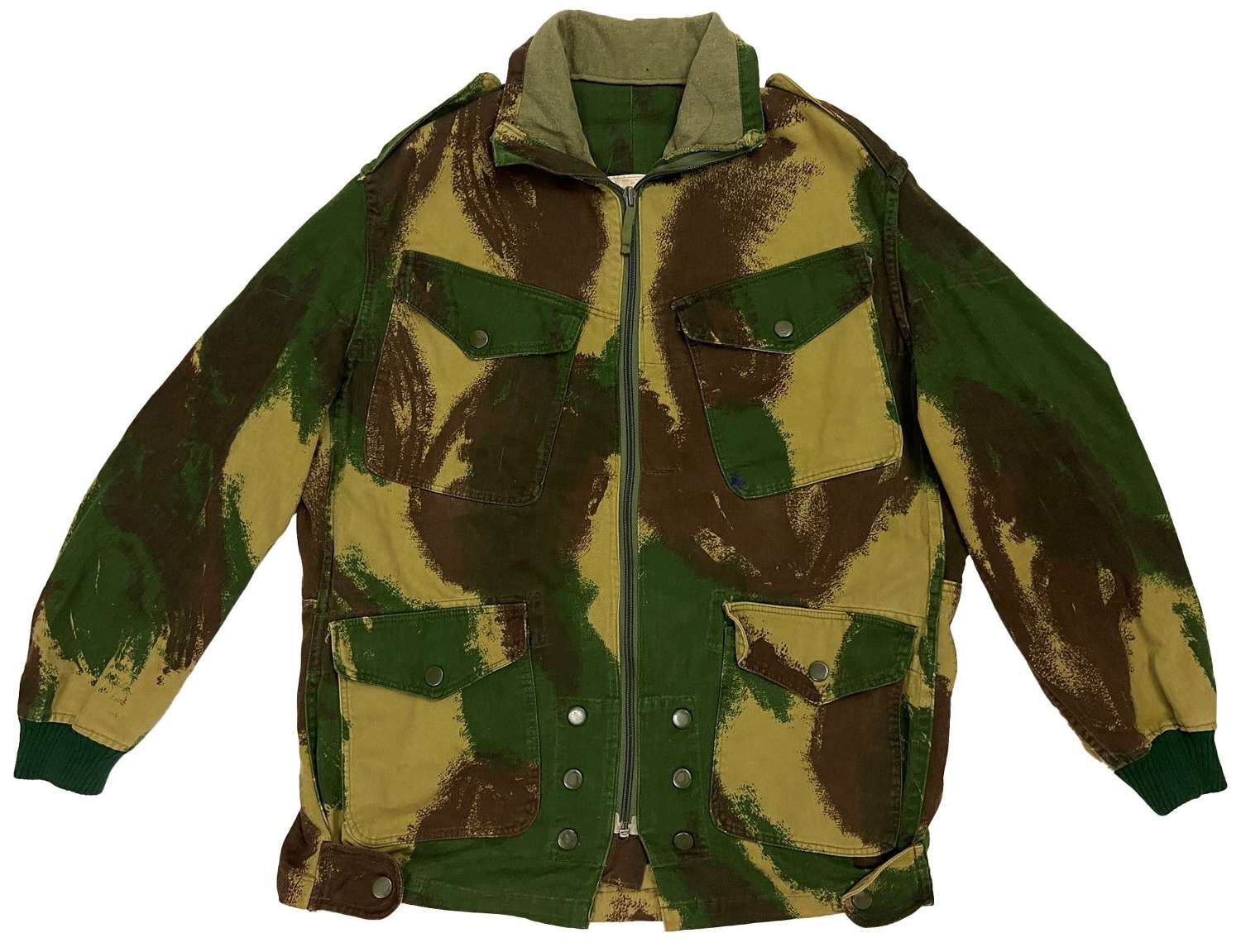 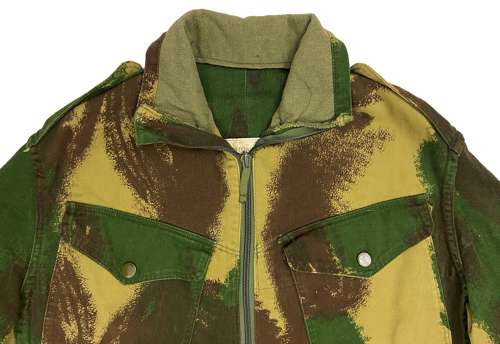 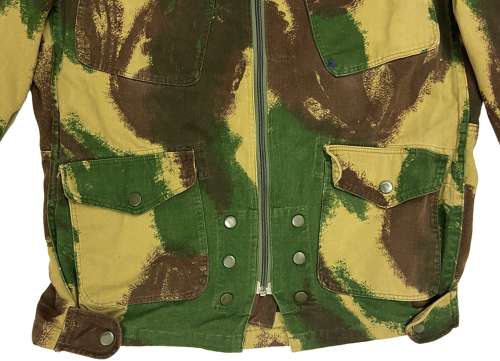 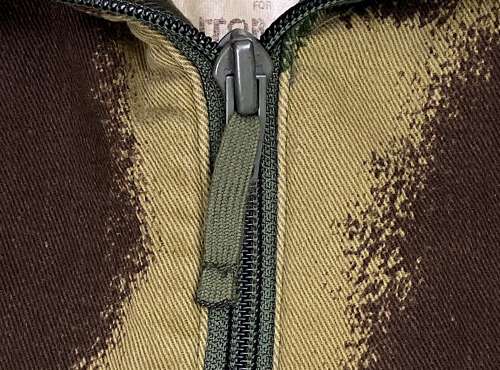 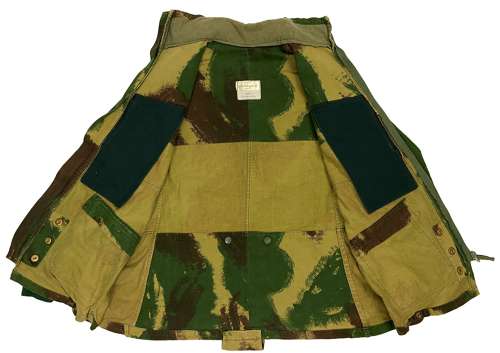 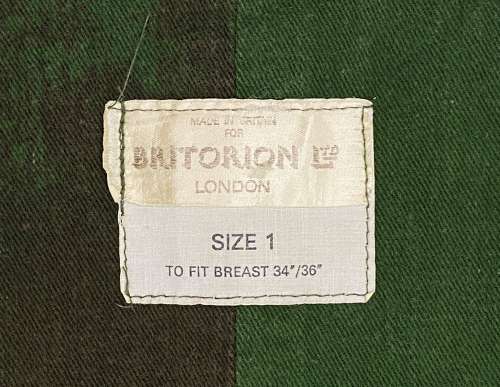 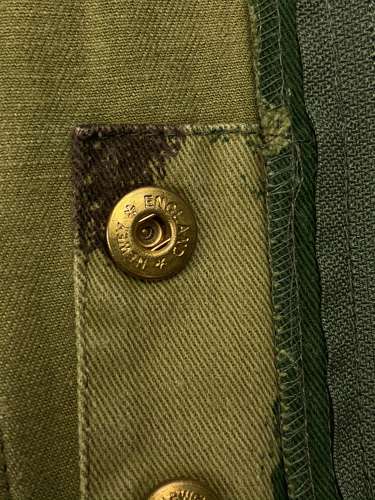 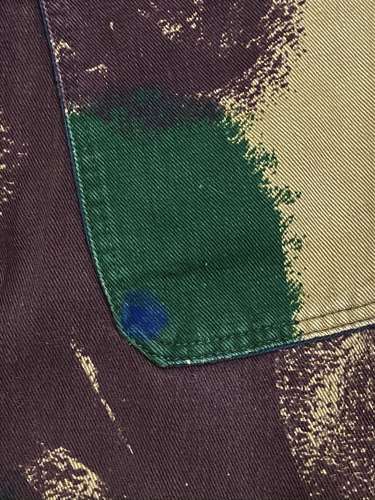 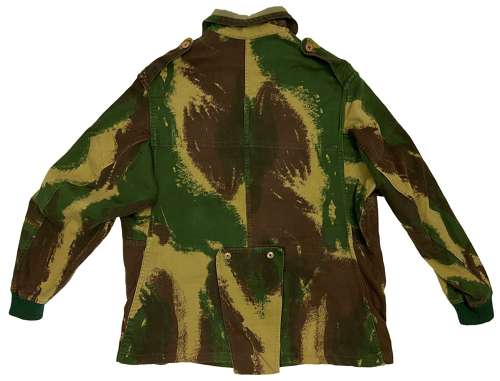 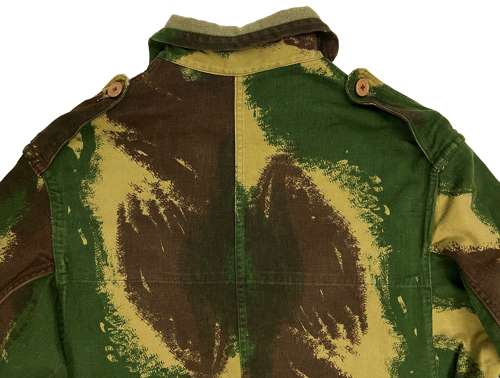 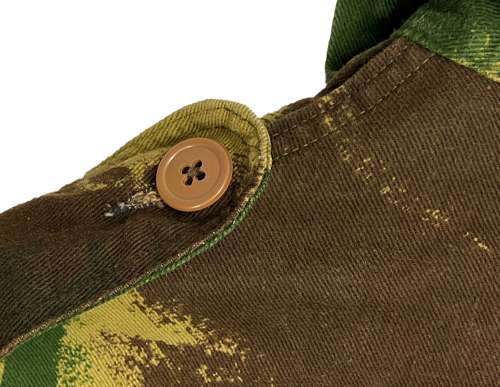 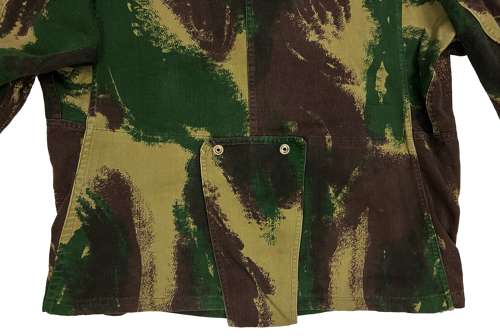 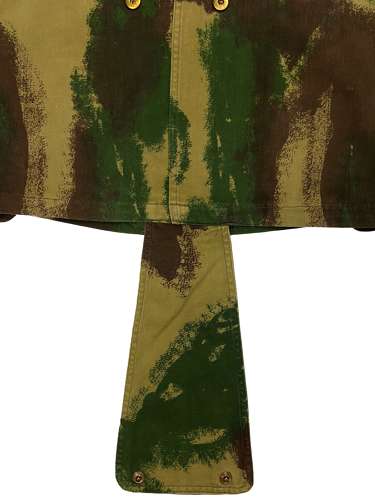 An original commercial made denison smock by 'Britonion' and dating from the 1980s.

The smock is a classic denison smock design as was first used by British Airborne troops during the Second World War. It is made from a heavy duty cotton and features a camouflage pattern which is closer to the in design and colour to the 1959 Pattern Denison Smock. The smock features knitted cuffs and a full zipper to the front which is plastic and made by opti - a zip which is commonly found on British military uniform made during this period. four patch pockets are located to the front of the smock in the classic denison design and close with pop studs. Adjuster tabs are located to the bottom of the smock and a 'fishtail' can be found to the rear - two more classic details. All the press studs are brass 'Newey' brand examples.

Inside the smock there are two interior pockets made from a contastic black cotton. The original label is also present to the interior and is bright and legible. The bottom half is typical of military labels and features the size of 1 which is designed to fit a 34" to 26" chest. The top of the label is stitched on separately and bears the maker's name 'Britorion Ltd' as well as the words 'Made in Great Britain'.

The smock is intended to fit a small size as is stated on the label. Being a smock, it is of course cut in a loose manner as it is designed to be worn over a uniform. When laid flat it measures -

The smock is in good, wearable condition as can be seen in the pictures. It shows some limited signs of wear and use but overall it displays well. There is an ink stain to the bottom of the left pocket but no other serious flaws that I can find.

A nice example of the Britorion smock which is a must have for the serious smock collector!