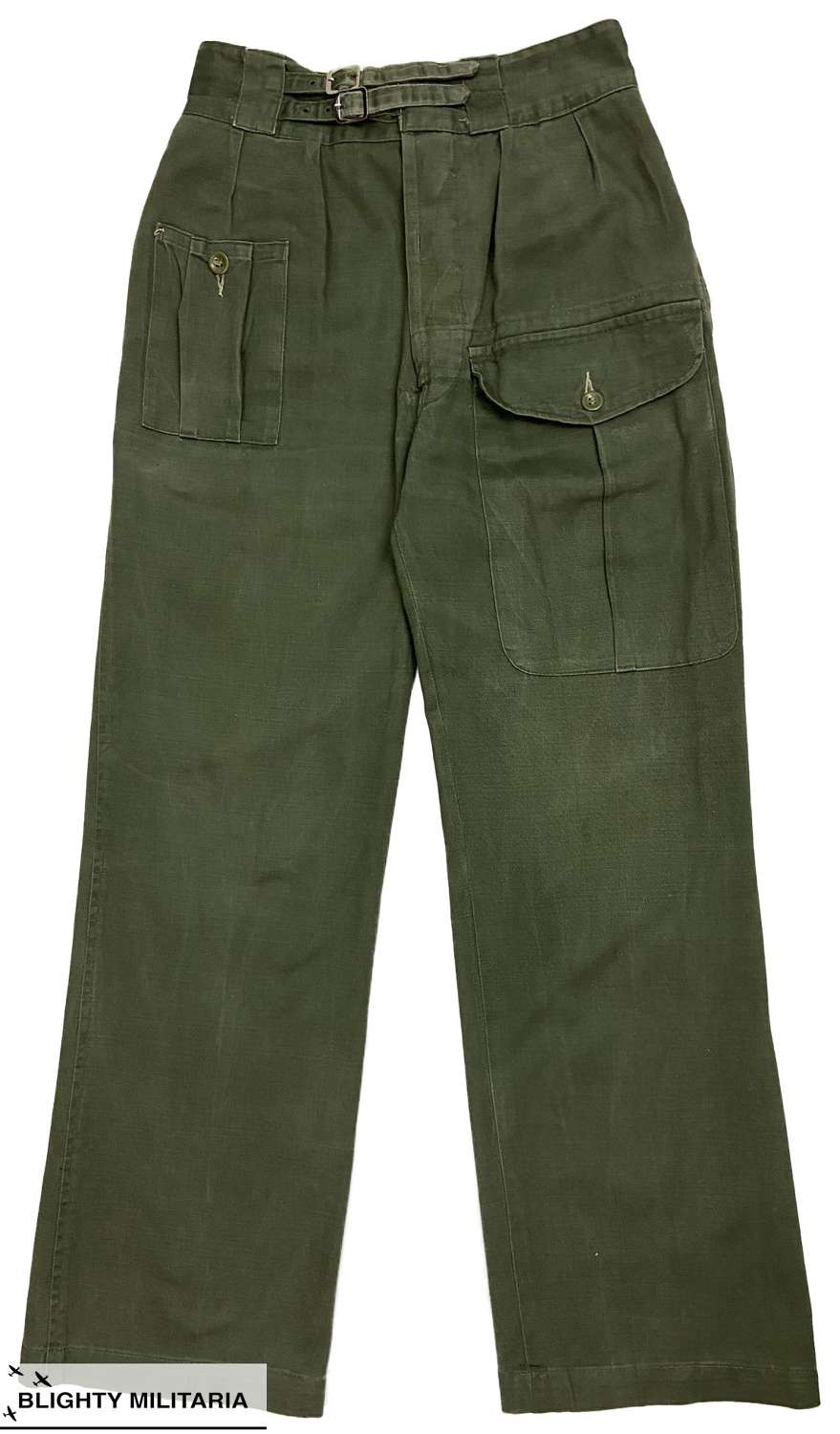 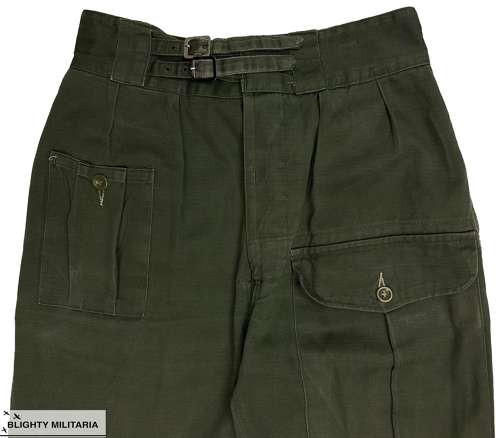 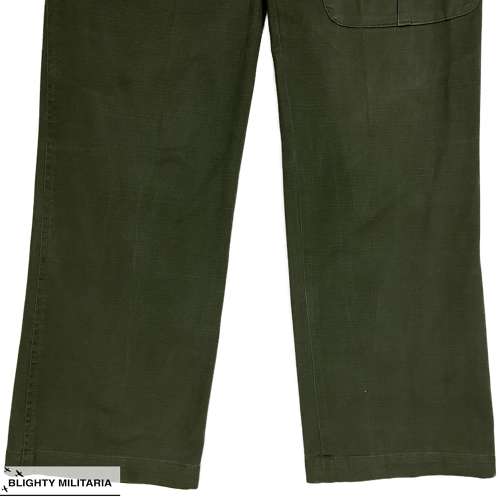 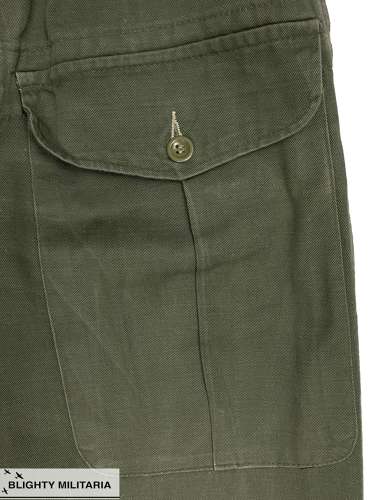 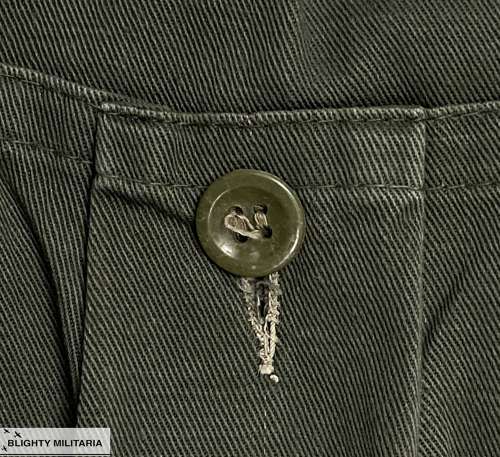 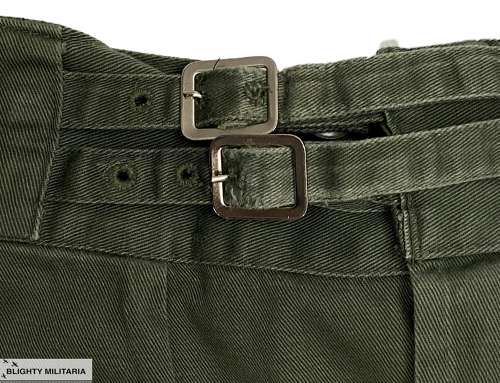 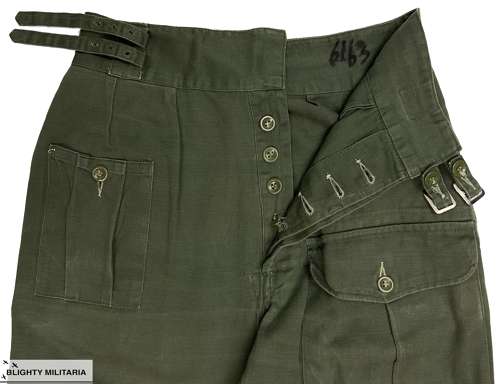 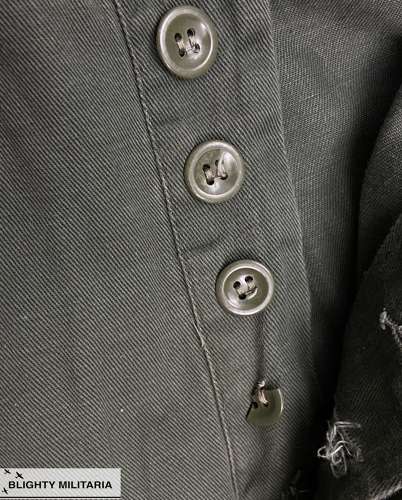 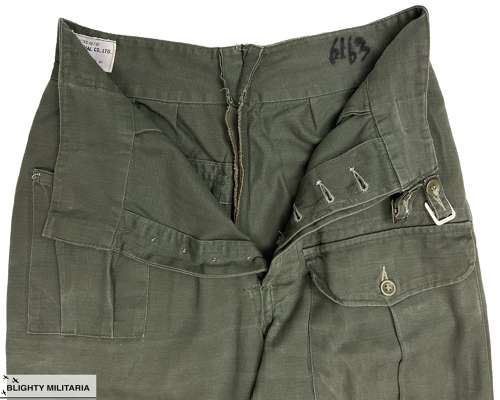 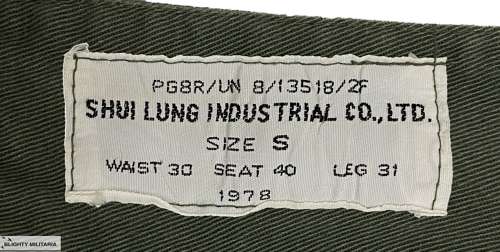 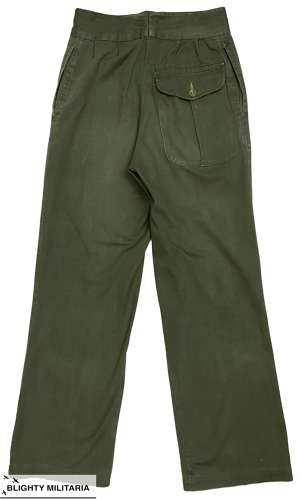 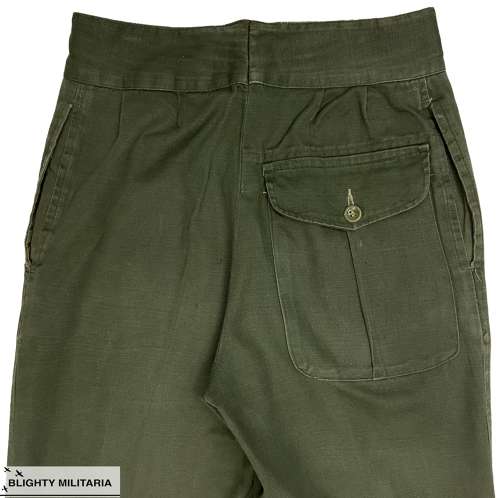 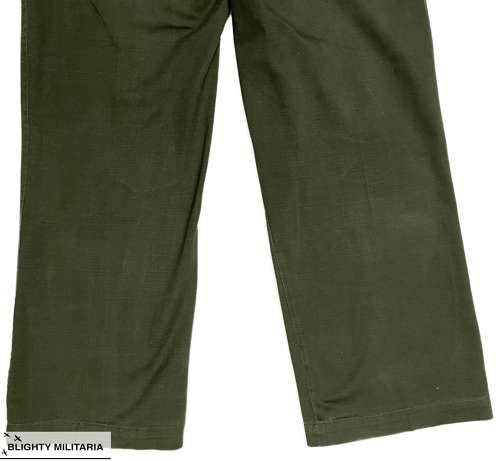 During the 1950s and through to the 1970s, many factories in Hong Kong were awarded contracts by the British Military, amongst other nationalities. These trousers are typical of one such contract which was underway in 1978. The trousers are the jungle pattern introduced in 1943 for issue with British and Commonwealth troops serving in the Far East. They feature the double buckle waist belt fastening first employed on the 1941 pattern shorts and trousers. They also have the single pleated map pocket to the front left leg and the rear patch pocket located at the seat also features the single pleat - a specific trait of the jungle green battledress trousers. There is also a double pleated first field dressing pocket fitted to the front right hip and all the buttons are plastic, dished examples.

The trousers retain their original label to the interior. The maker's name of 'Shui Lung Industrial Co., Ltd' is present as is the size of small (waist 30, Leg 31) an the 1978 date. The trousers will actually be a better fit for a 27" waist and when laid flat they measure -

The trousers are in good, wearable condition and display well. They have some signs of wear and use but overall appear to be very wearable. The only small issue is that one of the fly buttons is broken but this would be easily replaced. Please study the pictures and bear in mind that they are a vintage pair of pre-worn military trousers which may have small issues commensurate with age.

A rare pair of late contract trousers in the classic British jungle cut!