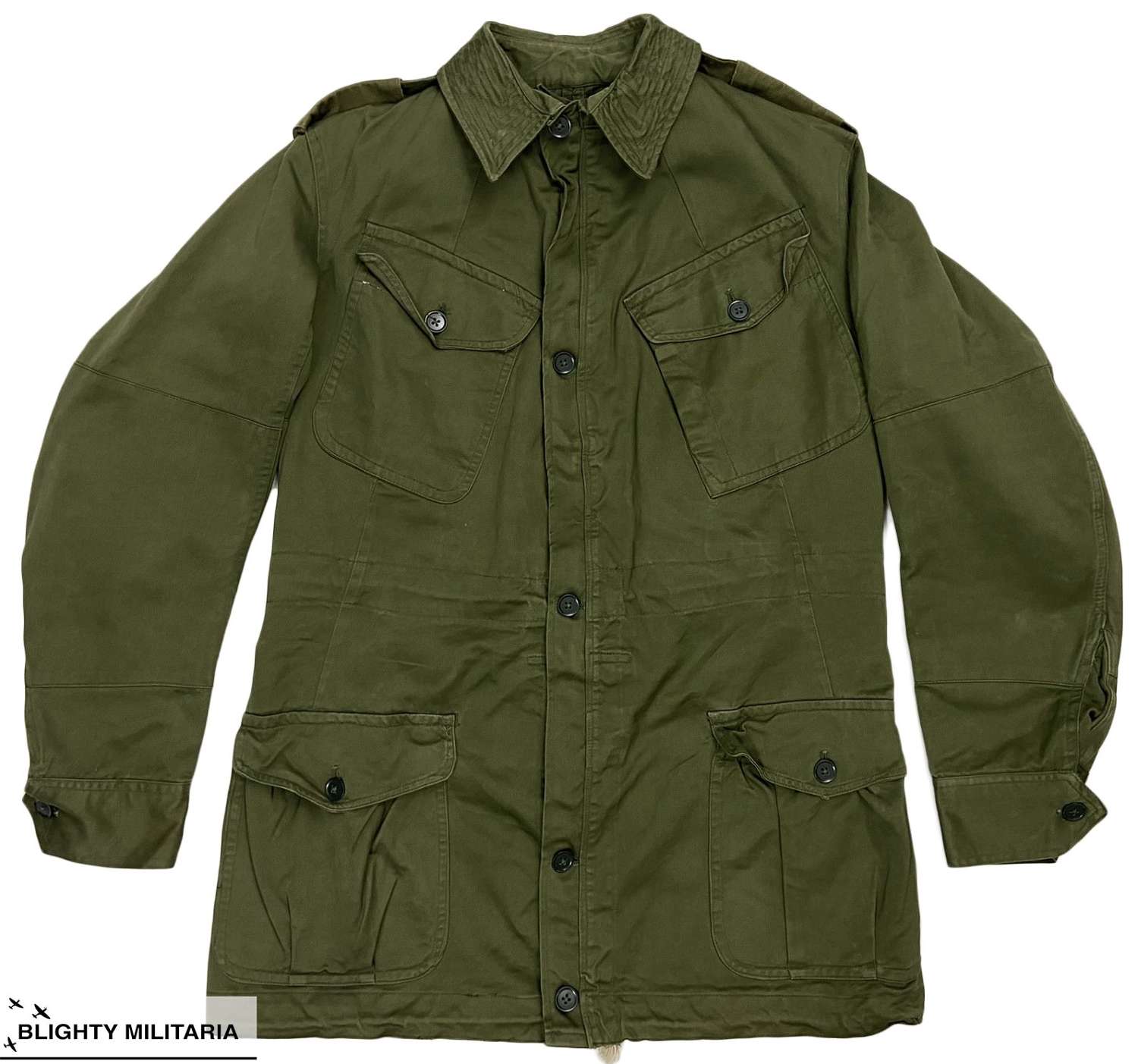 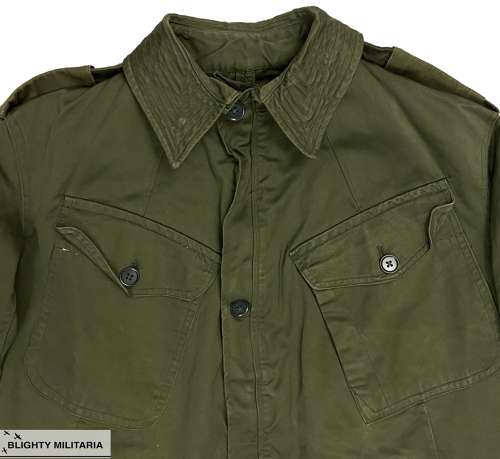 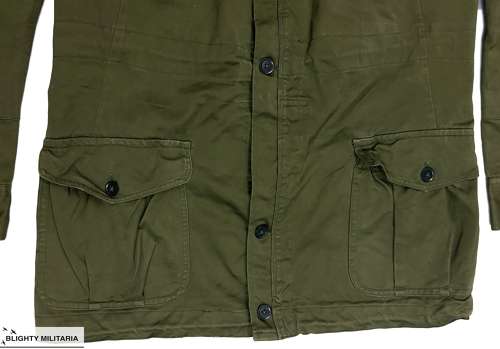 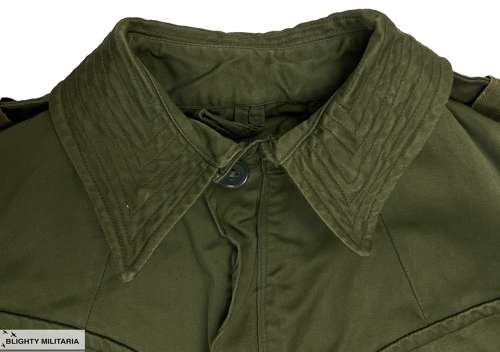 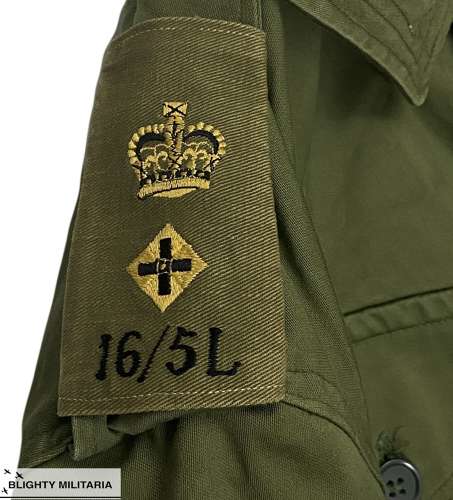 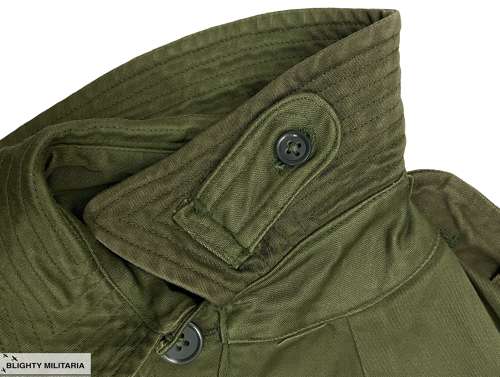 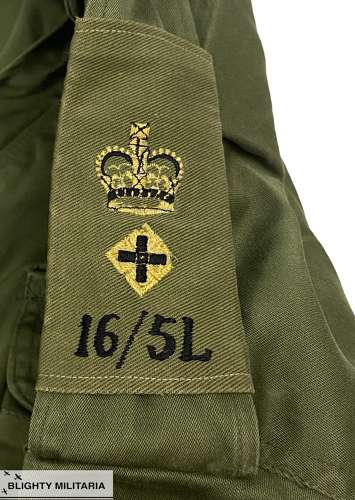 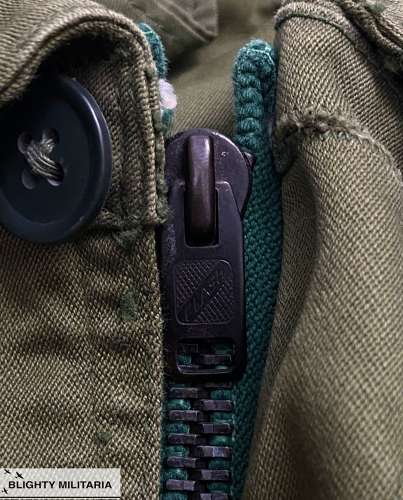 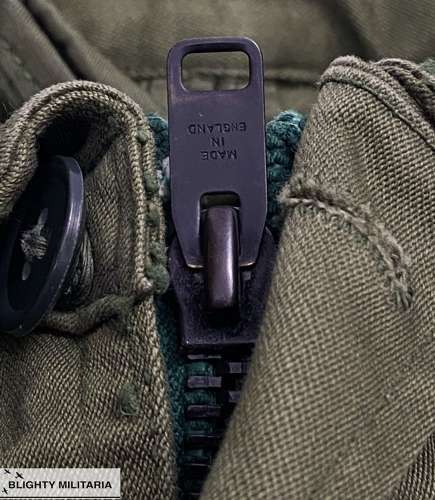 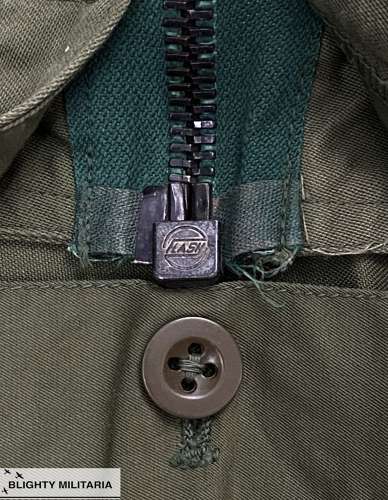 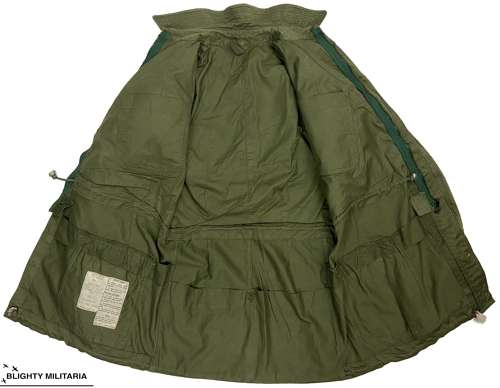 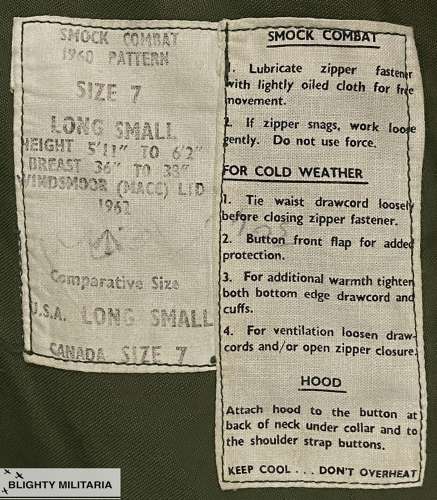 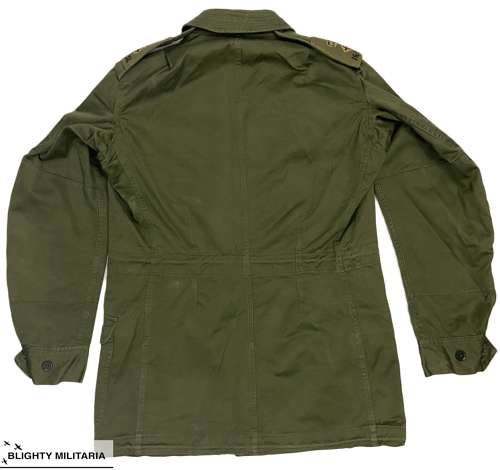 The smock is made from a dark olive green coloured cotton sateen and features patch pockets to the chest and lower patch pockets which have an invert pleat to allow them to expand. Long sleeves end in a buttoning barrel cuff whilst the elbow features a double layer reinforcement. The left breast pocket features a stitched section to allow a pen to be held. The zipper is a metal example which is marked 'Flash' to the front and 'made in England' to the reverse.

The smock is fitted with original period slip-on insignia to the epaulettes which bears the rank Lieutenant Colonel below which is '16/5L' which denotes 16th/5th The Queen's Royal Lancer. They appear to be theatre made examples which may tie with the regiment sending squadrons to Aden and Hong Kong in 1963 - A year after the jacket was manufactured.

Inside the jacket is a large poachers style pocket to the bottom which fastens with a single button. Both the waist and bottom drawstrings are still present as is the original label. The label bears the title 'Smock, Combat (1960 Pattern)' and the maker's name of 'Windsmoor Ltd'. The 1962 date is also present as is the War Department broad arrow. The size is stated as 7 which is designed to fit someone between the height of 5' 11" and 6' 2" with a chest size between 36" and 38".

The smock is in good condition with signs of wear and use. It has various marks and stains etc but overall is still very wearable with a good 'used' look to it.Please study the pictures before purchasing as this is a vintage item.