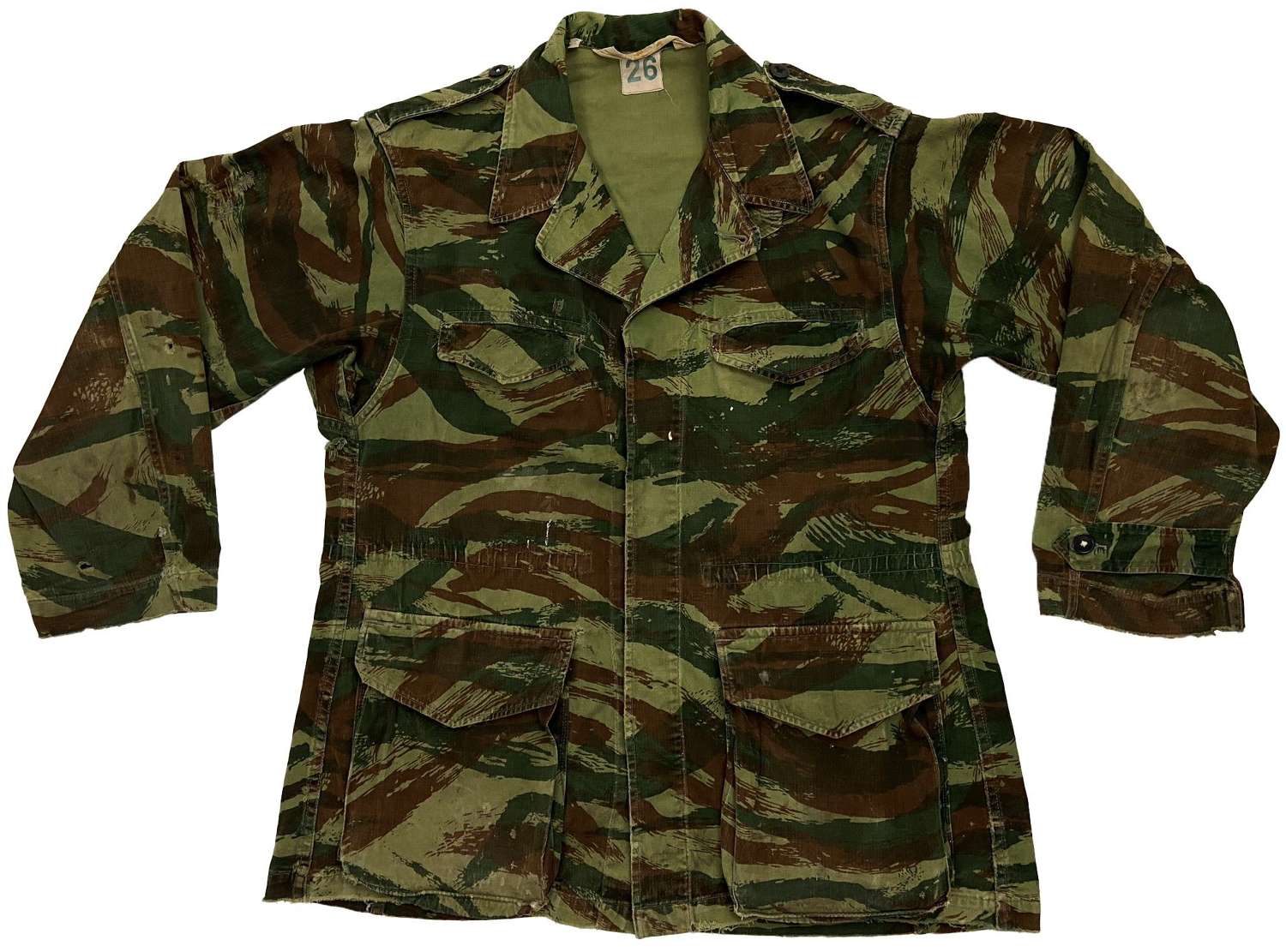 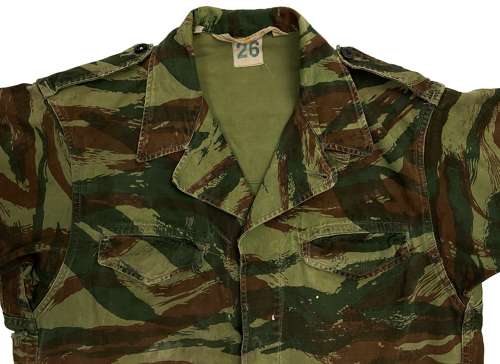 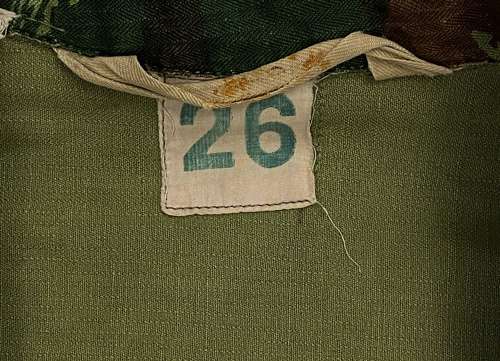 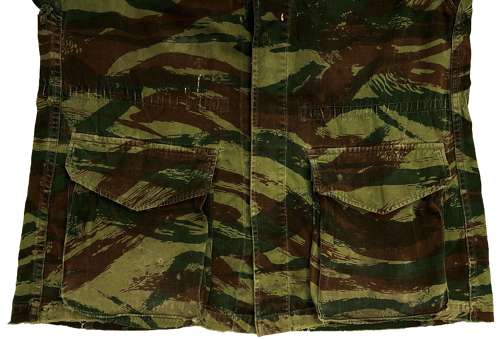 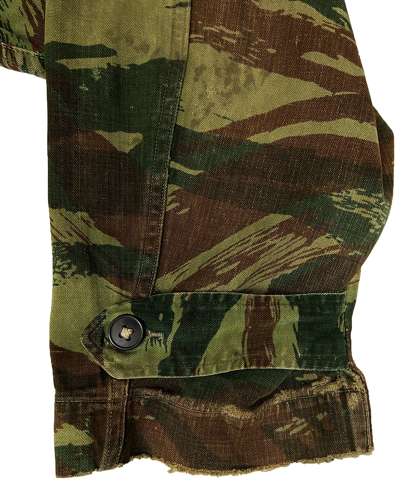 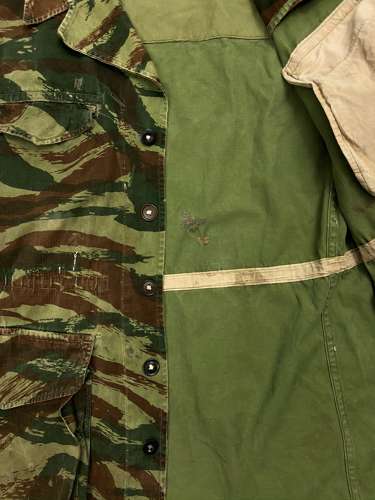 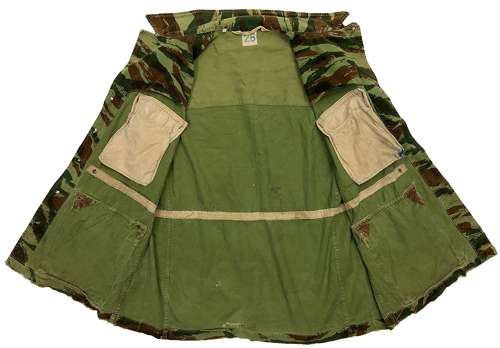 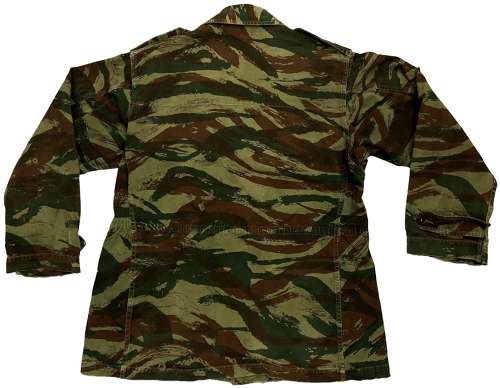 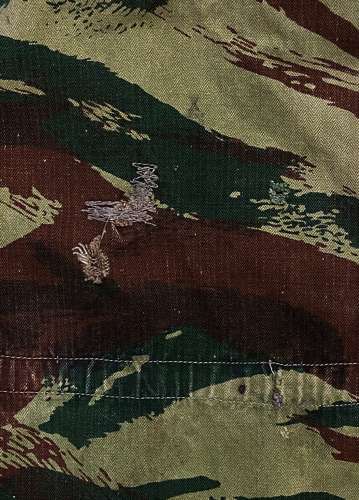 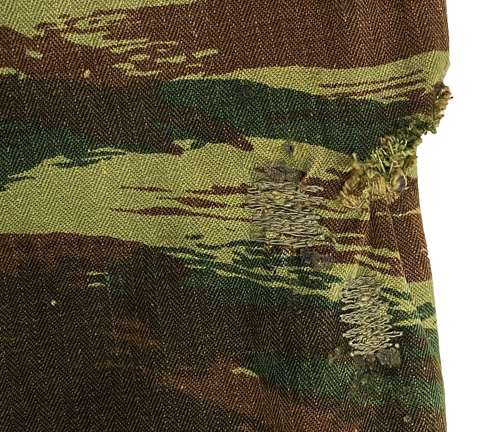 This pattern of jacket first saw use in the Indochina War as well as in Algeria later on. It is made from a herringbone twill material which features the 56 pattern camouflage print which is often referred to as 'Lizard Camo' by collectors today and is considered by many to be the forerunner to the US Army Tiger Stripe camouflage which was prolific in the Vietnam War. The jacket features an open collar, a full button front and a button cuff. As well as this the jacket has two flapped breast pockets and two flapped lower pockets. There is a section inside the waist where a drawstring would have originally been fitted to tie the waist in.

The jacket is a medium size which will suit someone of around a 40" chest depending on desired fit. When laid flat it measures -

The jacket is in well worn condition with fraying to the bottom edge and the cuffs, some white marks which appear to be paint, replaced buttons, various period repairs and some small holes. It is still very wearable and has bags of character but is in far from perfect condition. Please study the pictures before purchasing.

A great jacket with one of the most iconic camouflage prints of the 20th century and a great worn look to it.