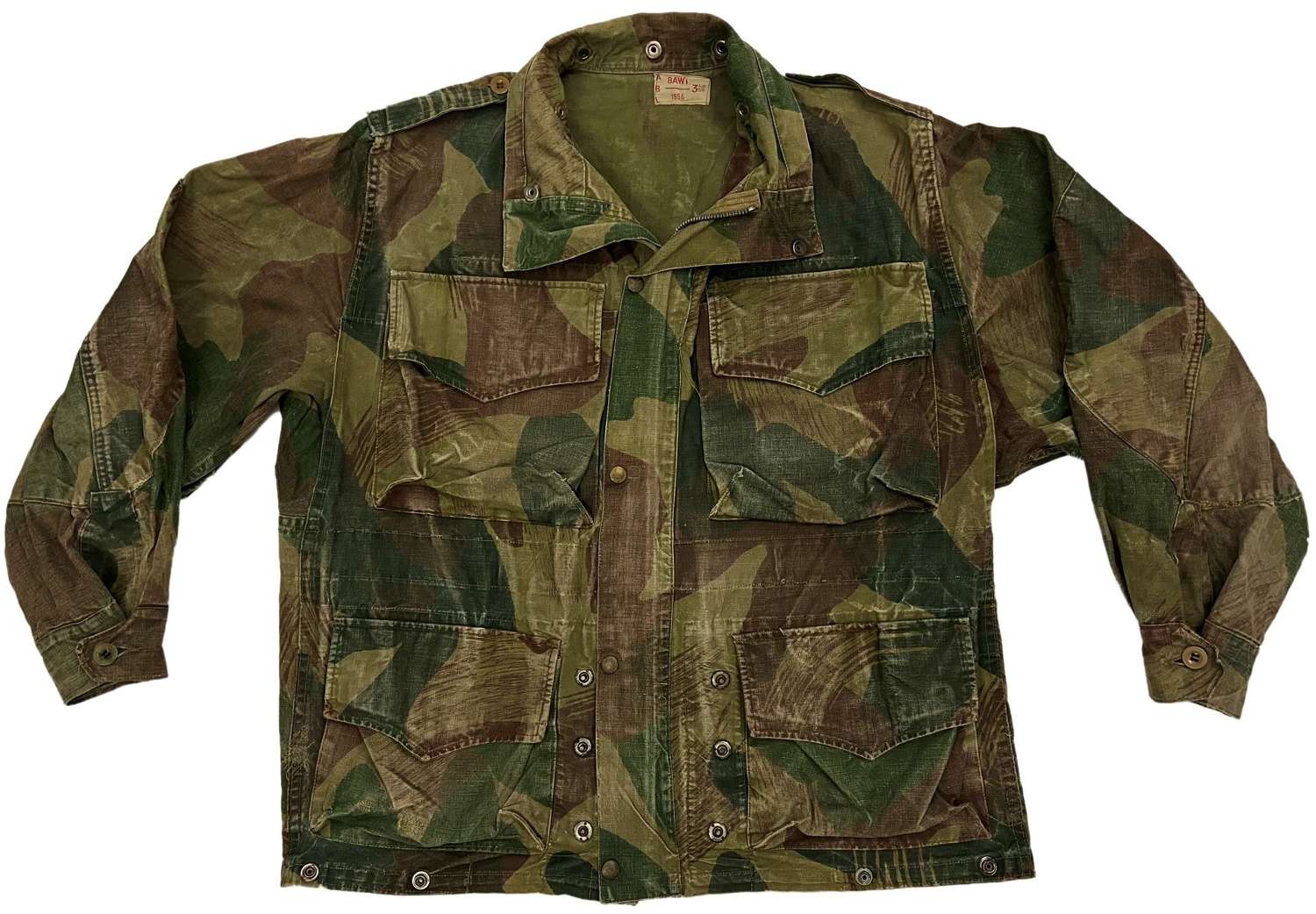 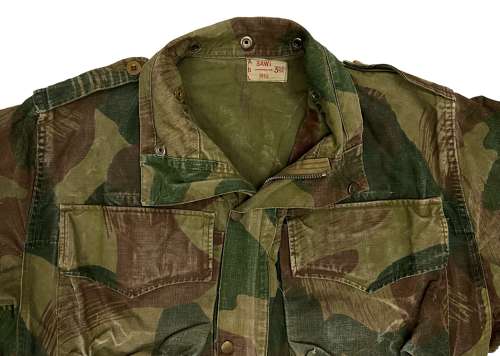 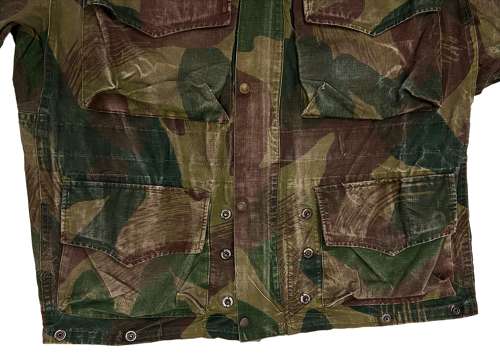 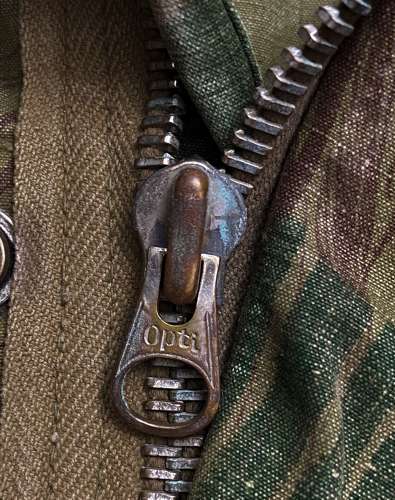 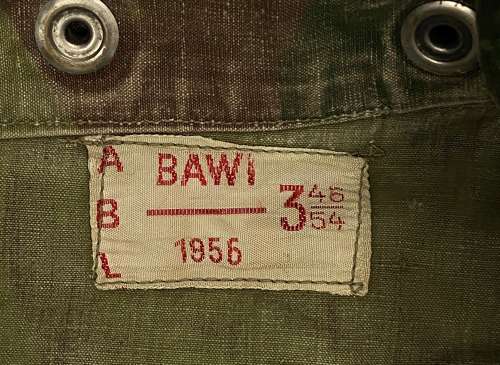 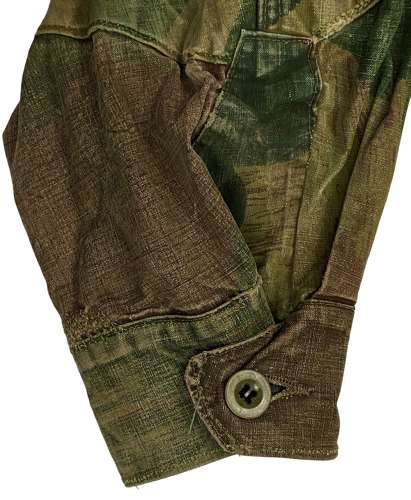 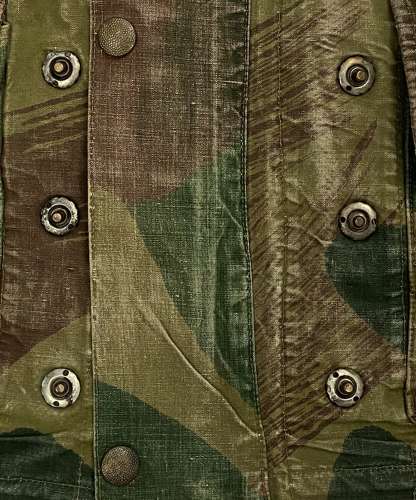 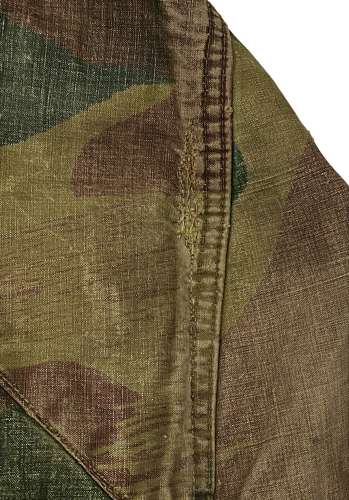 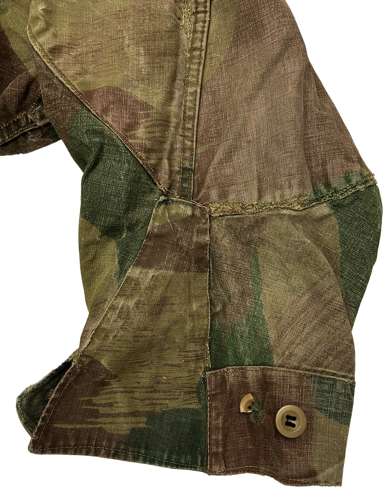 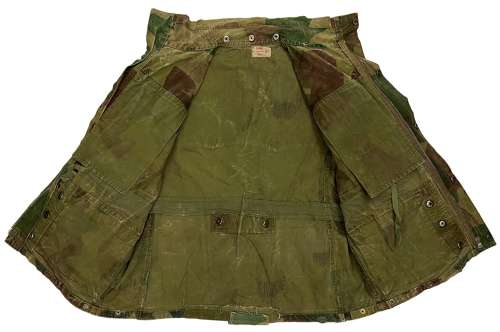 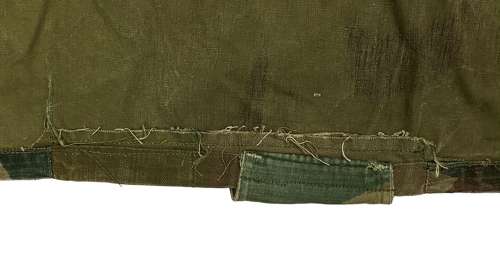 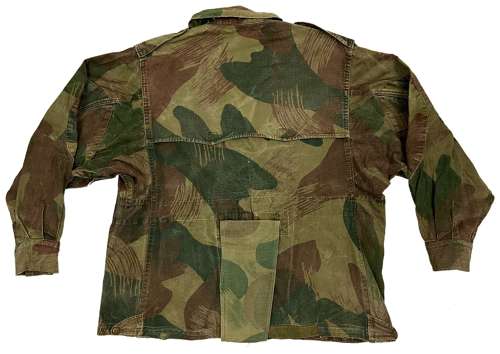 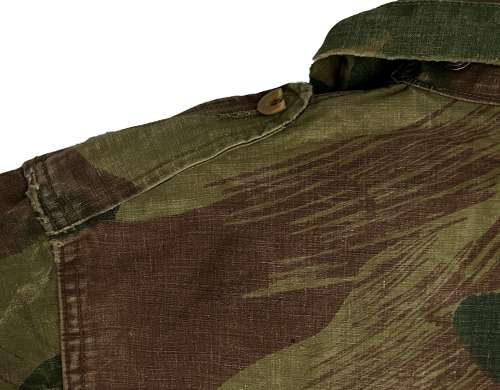 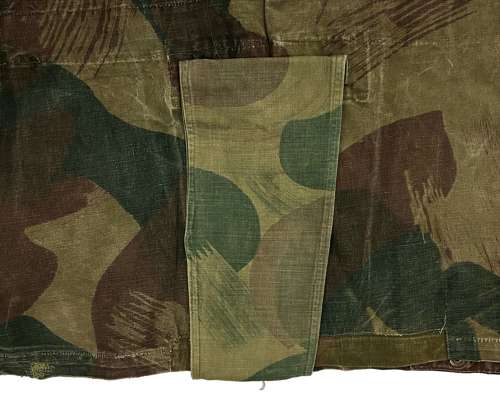 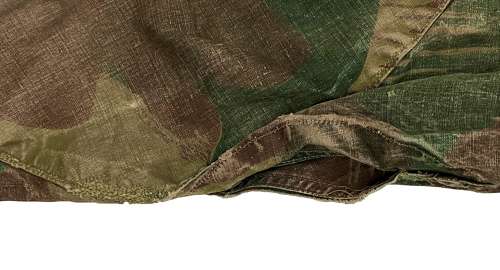 Following the Second World War the Belgian Army began designing and making its own uniforms again. The popularity of the Denison smock, which this jacket so clearly takes its influence from, was such that many countries decided to design their own.

Like its British counterpart the smock features a printed camouflage pattern, usually referred to as 'Brush Stroke'. The colours and pattern are not too dissimilar to the British smock of the Second World War but are distinctly Belgian. The general cut and design also follows the Denison quite closely with four patch pockets to the front and a fish tail to the rear. The jacket features a full zip front which is covered by a fly which fastens with pop studs. The zip is metal and the puller is marked 'Opti' who were a prolific manufacturer of zips for many years. The fish tail which is attached to the rear of the smock has been removed and replaced with a new one which is made from a slightly contrasting material.

When looking at the size of the smock it is important to remember that like all smocks it is cut wide across the shoulders and chest and is designed to be worn as an outer layer over the top of a uniform. When laid flat it measures -

The smock is in good wearable condition with plenty of signs of previous wear and use. There are a number of period repairs and one of the cuff buttons is missing. One of the epaulette buttons is also broken as shown in the pictures. Please study the pictures before purchasing and bear in mind that this is a pre-worn piece of combat clothing which has signs of wear and use commensurate with age.

A nice example of this pattern of smock in good, wearable condition!