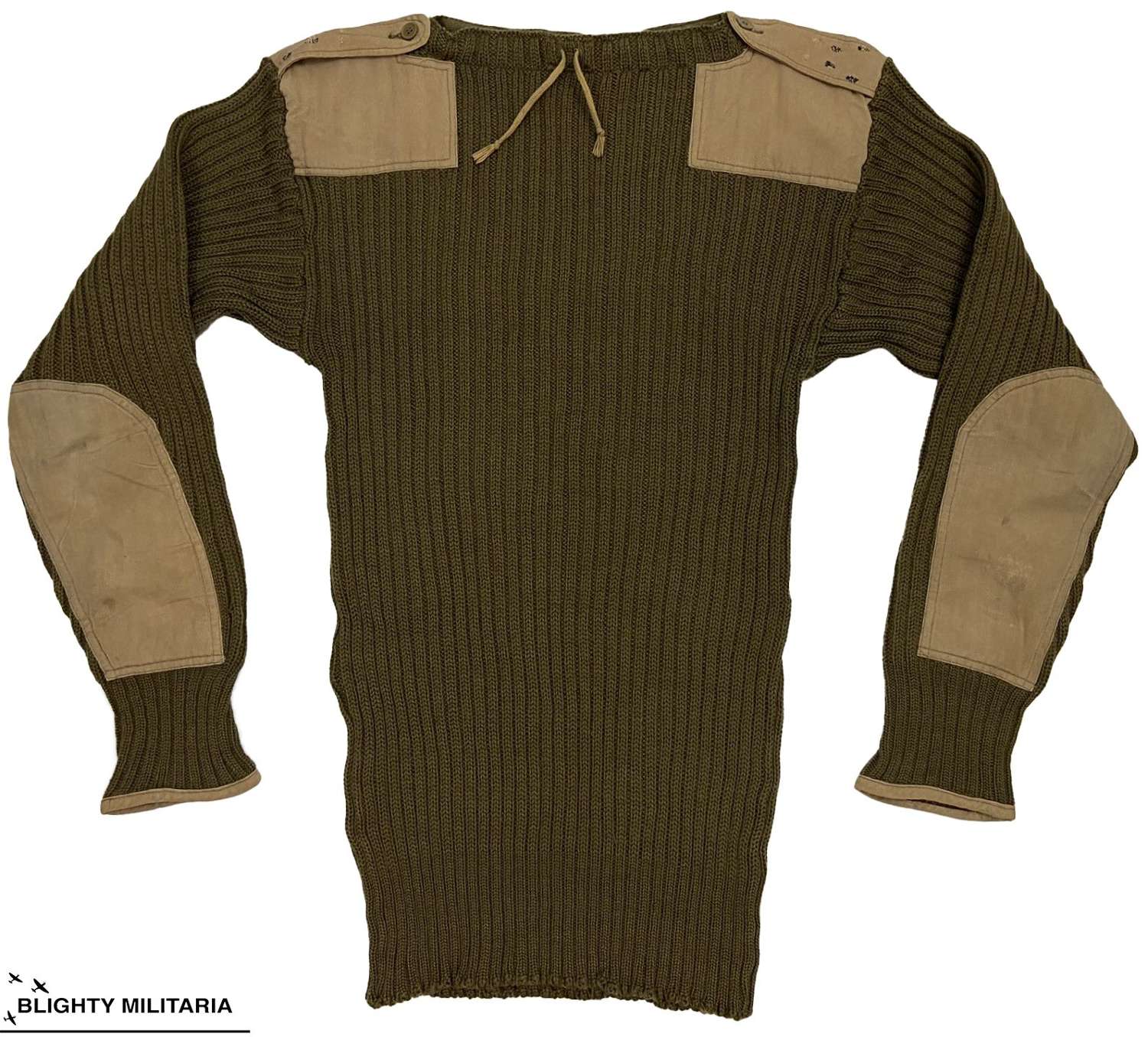 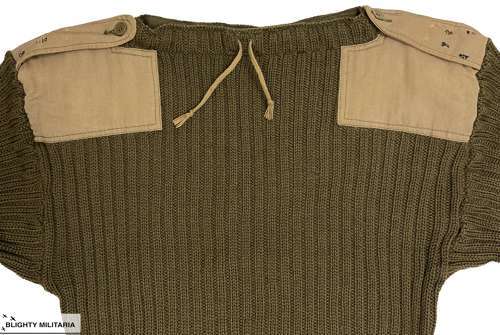 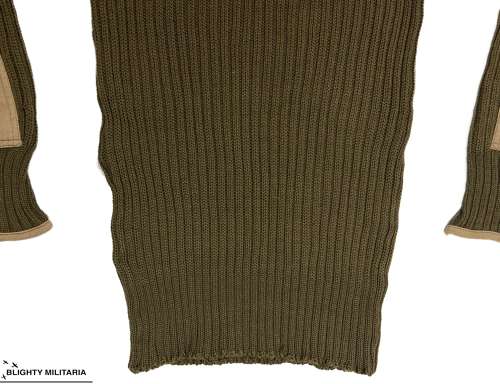 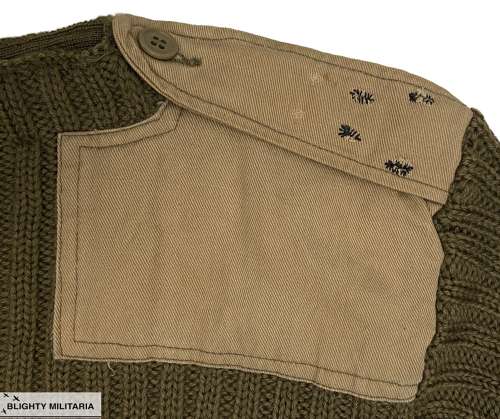 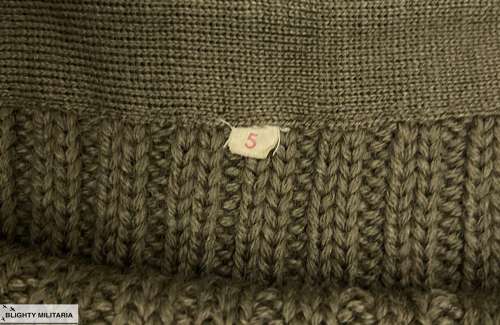 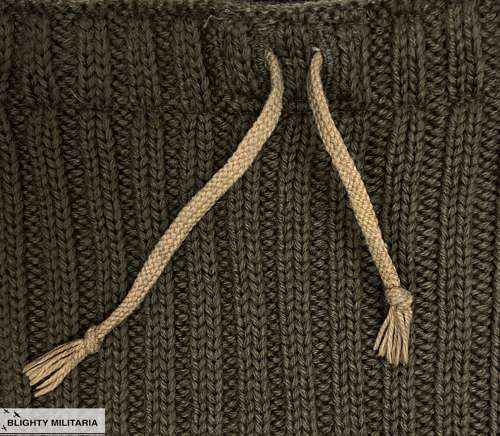 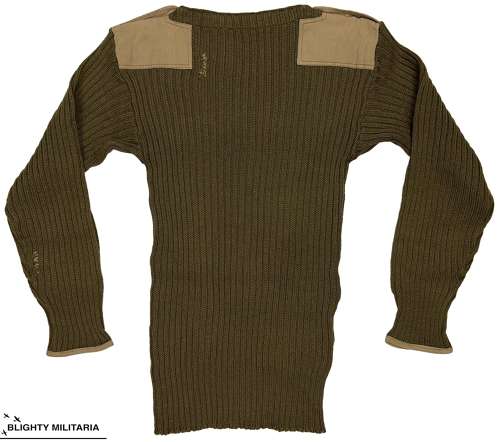 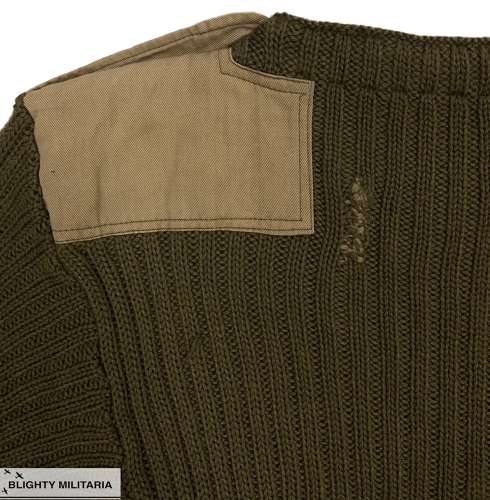 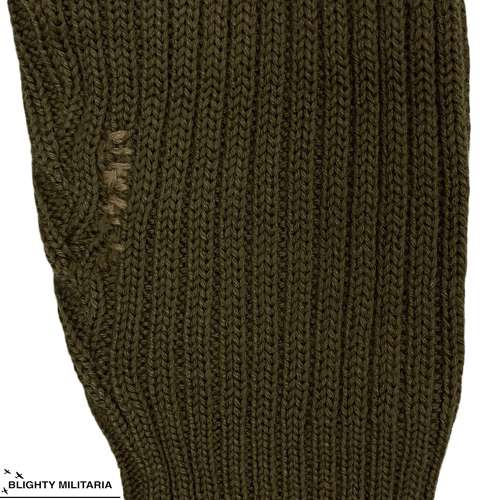 This pattern of Jumper came into issue during the Second World War and is often referred to as the 'Commando' sweater. It went through a number of design changes in the early 1950s which resulted in this 4th pattern which was produced into the 1960s. The jumper is made from a khaki green coloured wool in a ribbed pattern and features tan coloured cotton drill elbow patches and shoulder patches. Epaulettes are fitted to each shoulder and made from the same material and the cuffs and neck opening also feature cotton drill material. A drawstring is present to the neck and brown plastic buttons fasten the epaulettes. The epaulettes have had badges fitted previously, most likely officers rank badges.Inside the neck there is a small size label which bears the number '5' which most likely denotes the size.

The condition of the jumper is good for its age and it displays well. Overall it is wearable but there is a repair however to the rear as shown in picture 9 and another to the sleeve as shown in picture 10. Please study the pictures before purchasing and bear in mind that this is a vintage, pre-worn item.

Altogether a good example of this scarce pattern of jumper which aside from a few small flaws is very fresh and displays extremely well.