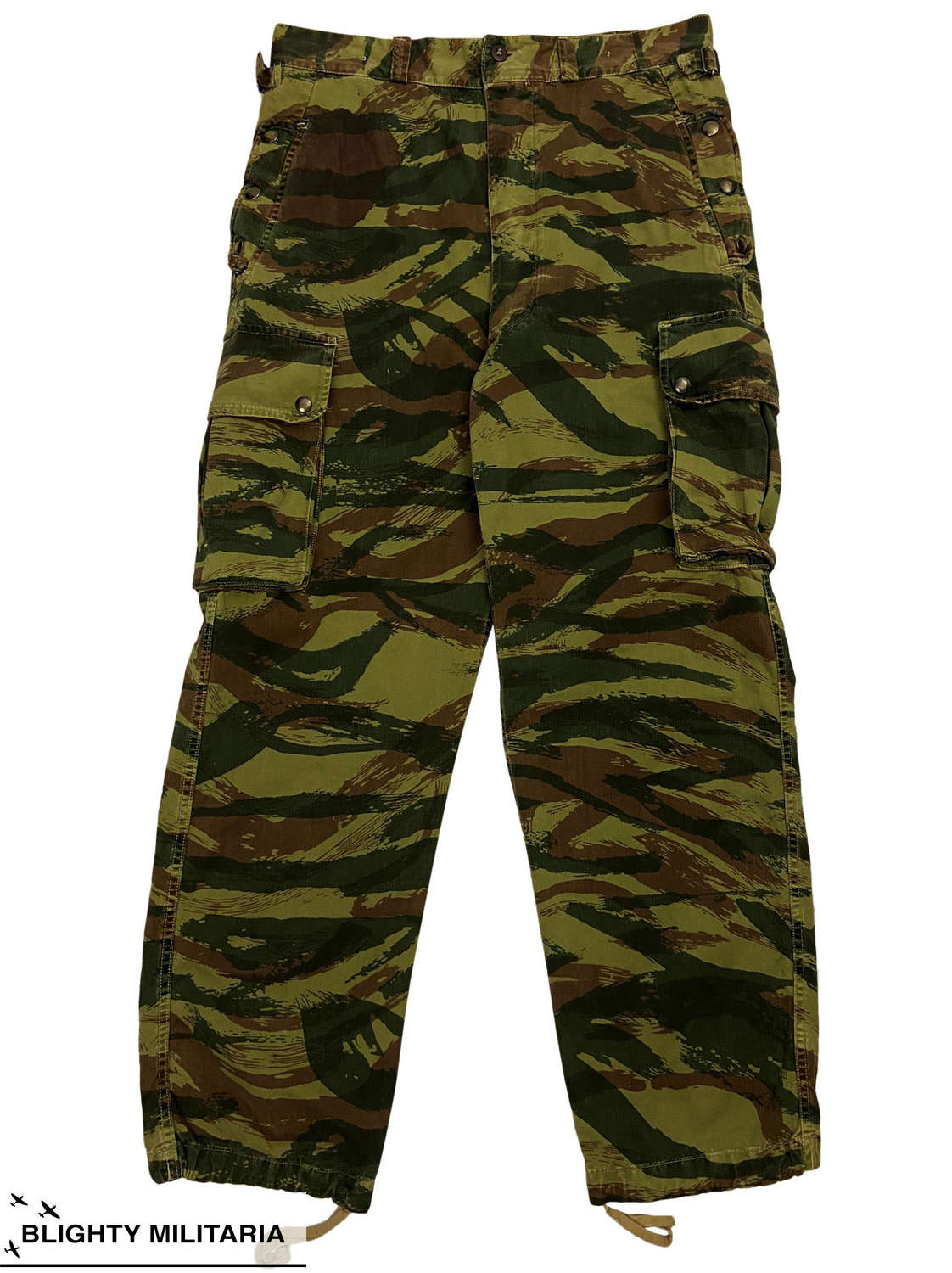 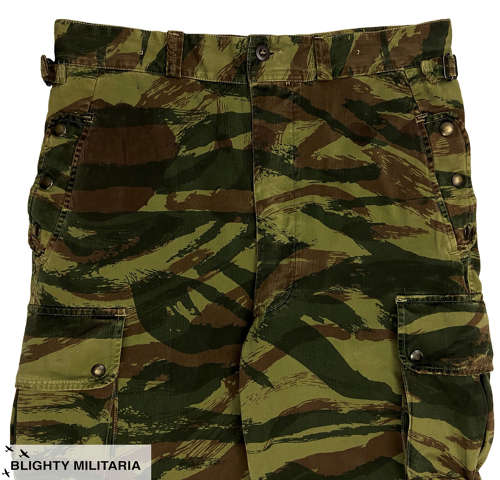 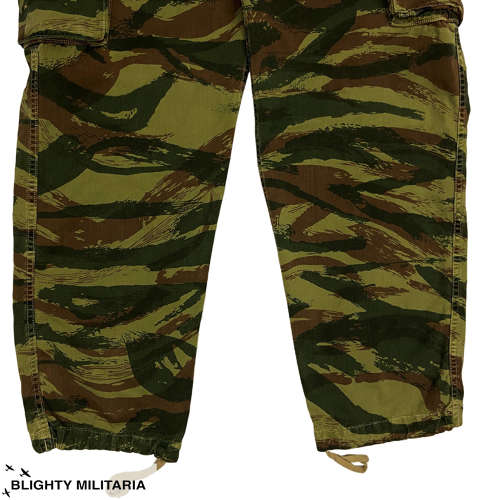 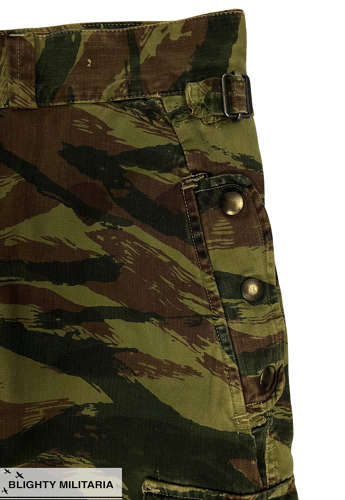 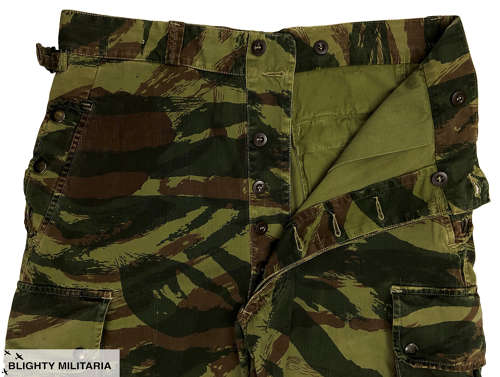 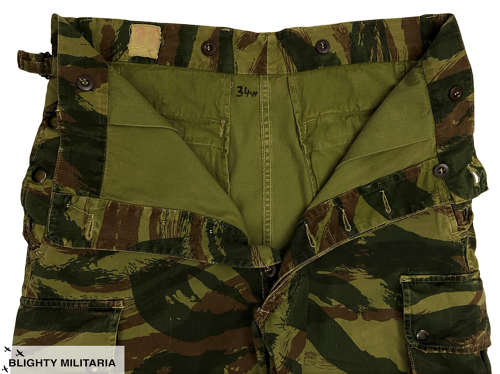 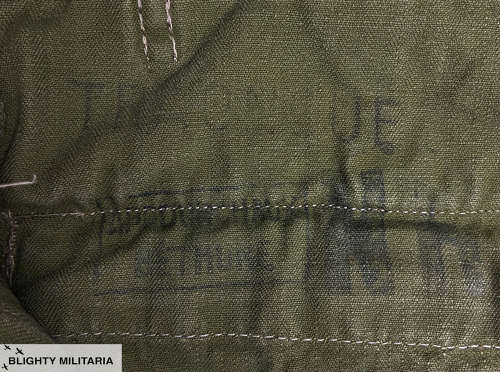 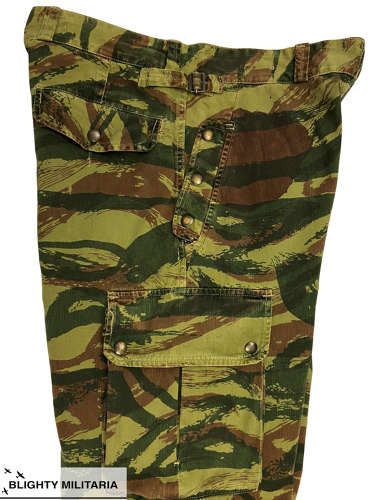 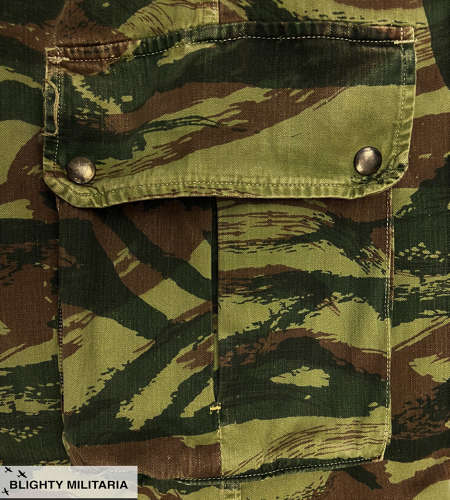 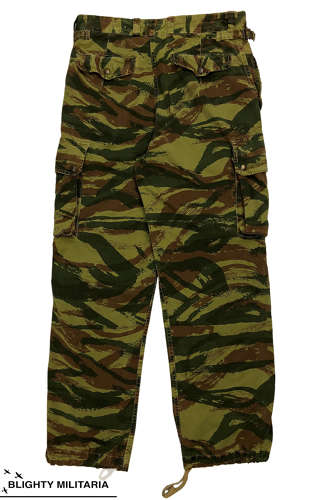 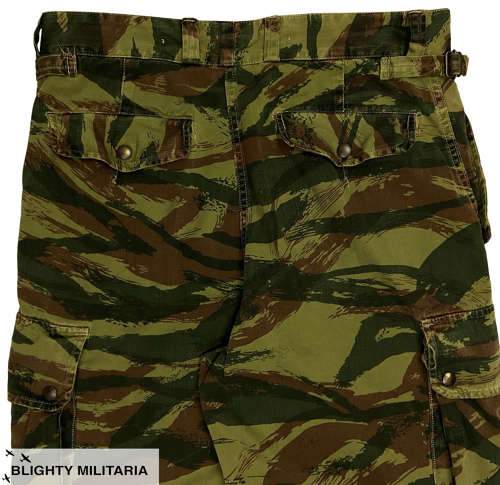 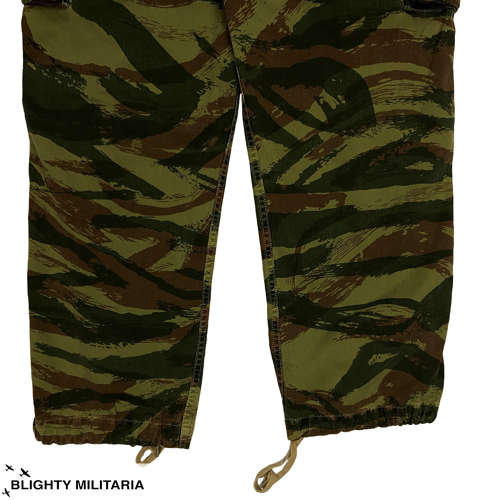 This pattern of trousers is the 1956 modification of the original model 1947 pattern. They were issued to parachutist's during the Algerian War amongst other places and feature the now iconic lizard pattern camouflage. In 1946 the French military decided to design a new camouflage uniform for its army. Based on British and American designs used in the Second World War, this pattern of camouflage takes a lot of its influence from the brushstroke camouflage of the Denison smock worn by British soldiers during the Second World War.

The trousers are made from a herringbone twill cotton which has the camouflage pattern screen printed on it. They feature large cargo pockets to the side of each leg which fasten with press studs and feature an inverted box pleat which allows them to expand. Slash pockets are located at the waist and also fasten with press studs whilst the fl fastens with buttons. Belt loops are fitted around the waist and there are side adjusters, one to each side of the hips. The cuff features a drawstring which allows it to be pulled tight around the boots.

Inside the trousers some of the original markings are still present including the maker's stamp with the place name of 'Bethune' still visible.

The trousers are in very good condition with no serious signs of wear or age. The camouflage is still a nice vibrant colour and not faded or washed out. Overall the trousers display very well and are totally wearable but please take time to study the pictures and bear in mind that they are a vintage, pre-worn item which may have small issues commensurate with age.