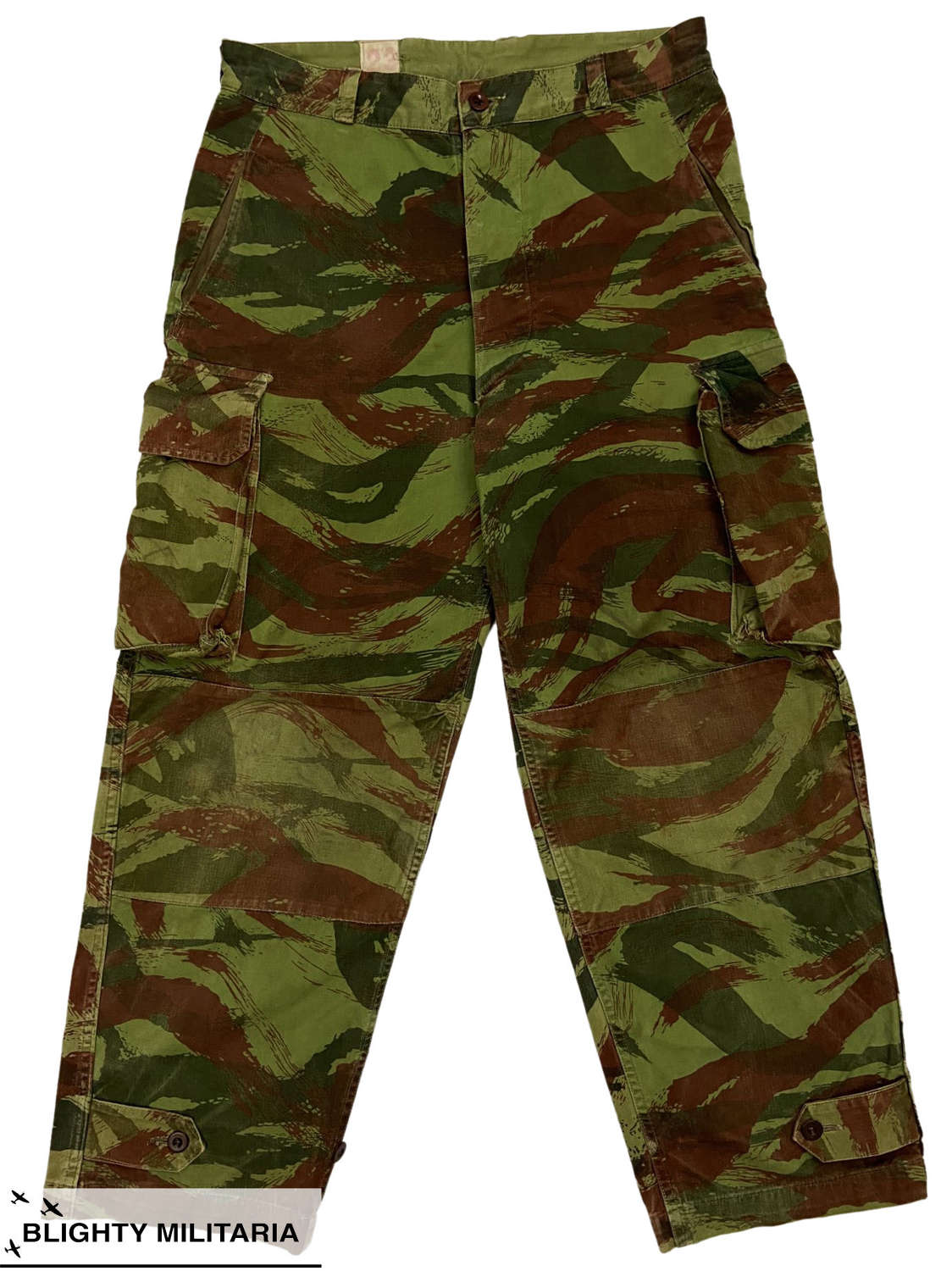 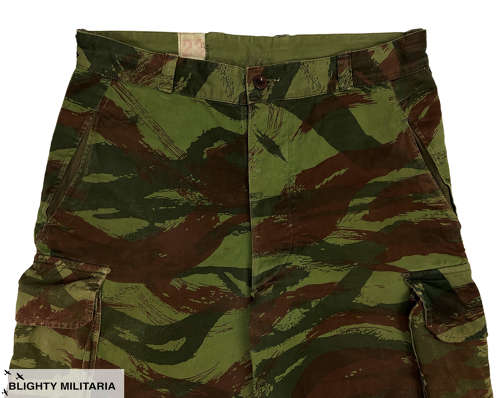 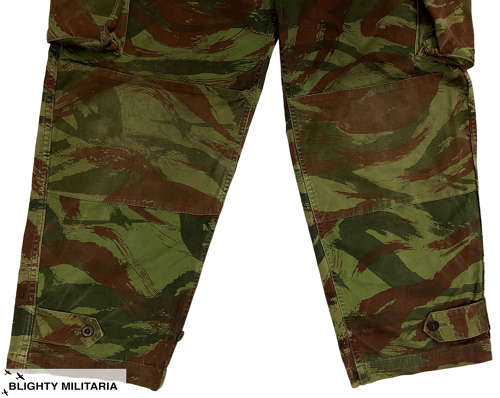 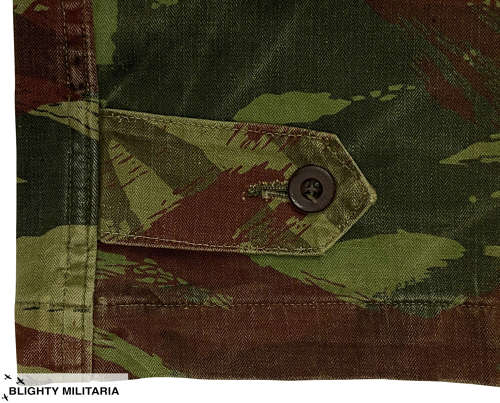 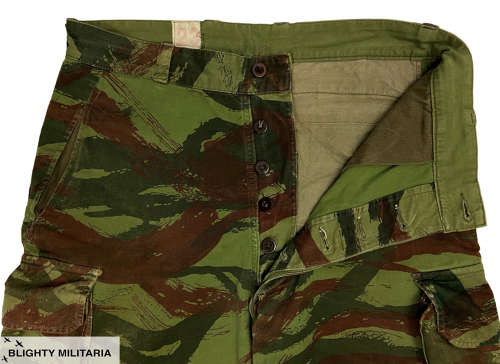 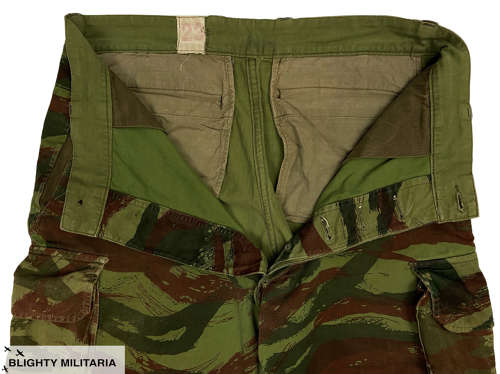 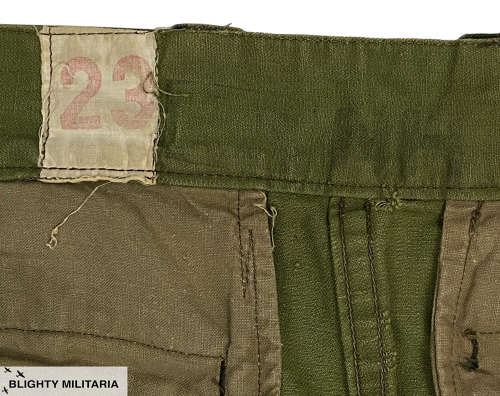 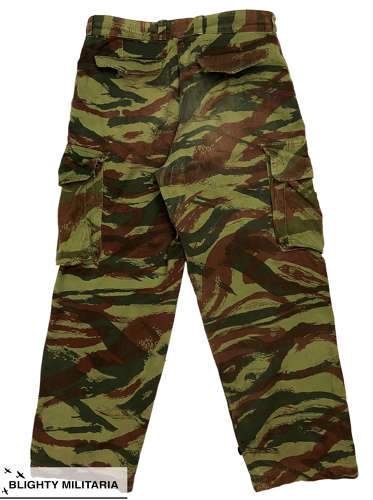 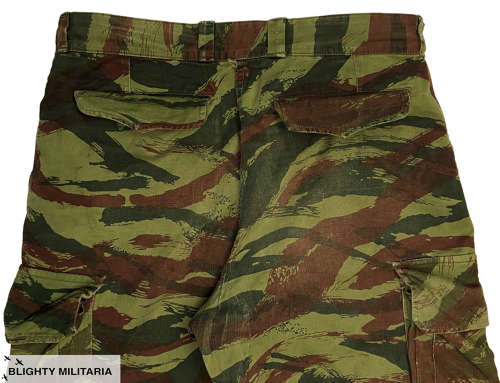 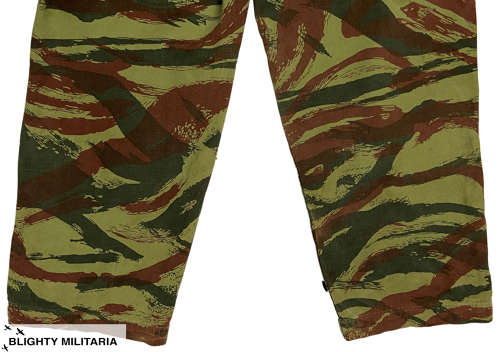 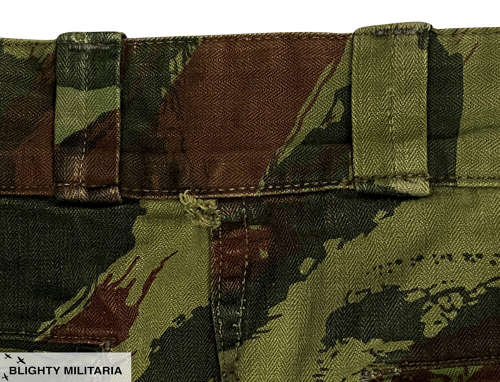 An original pair of French Army M47 trousers in Lizard Pattern Camouflage as worn during the Algerian War.

In 1946 the French military decided to design a new camouflage uniform for its army. Based on British and American designs used in the Second World War, this pattern of camouflage takes a lot of its influence from the Denison smock worn by British soldiers during the war.

This particular pair of trousers are the 1956 pattern made from Herringbone Twill, or 'HBT' fabric. The trousers feature a button fly and a wide leg which are typical of the era. All the buttons are the standard, dark brown examples usually found on French military items during this period and ankle tabs are located to the bottom of each leg. Belt loops are located around the waist and slash pockets can be found, one to each hip. Cargo pockets located to the side of each leg as were first seen on the US HBT and M42 uniforms during the Second World War.

Inside the waistband the manufacturer's stamp is still partly visible although no longer legible. There is also a size label with the number '23' stamped to it.

The trousers are a smaller size which will suit around a 32" waist depending on desired fit. When laid flat they measure -

The trousers are in good condition with some signs of wear and use and a few small marks and stains. There is a small hole to the rear below the waistband and another small hole below the crotch. They are still very wearable and display well but please bear in mind that they are a vintage pair of pre-owned military trousers which may have small issues commensurate with age.

A nice pair of 1950s French Army trousers in a fantastic camouflage and a great cut!