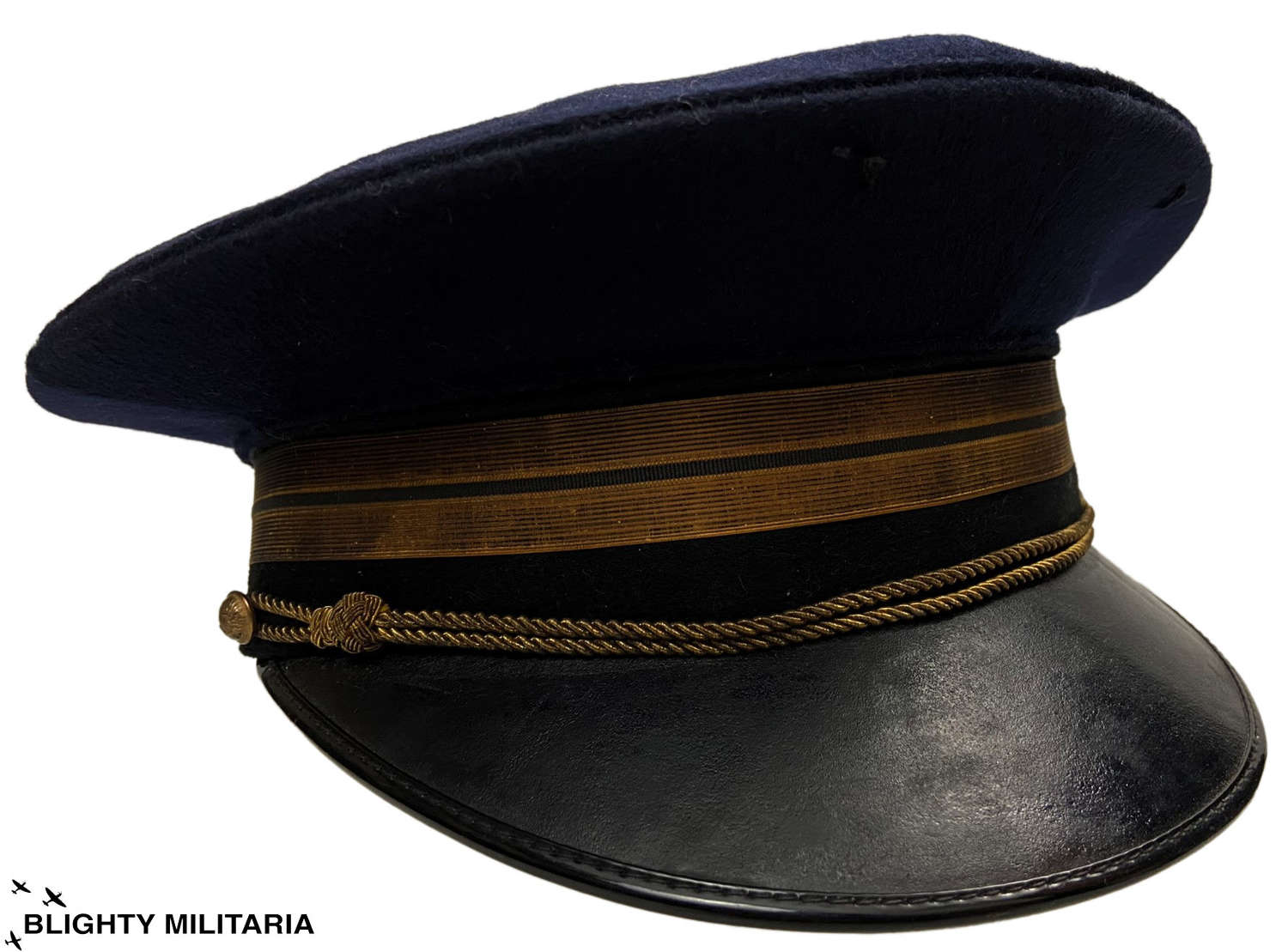 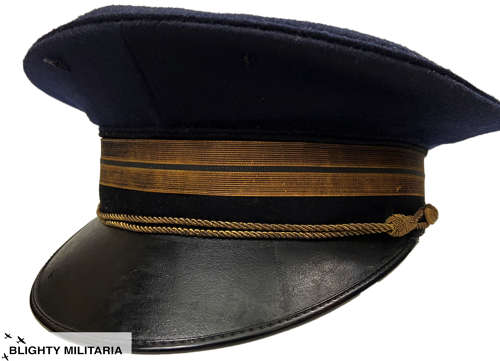 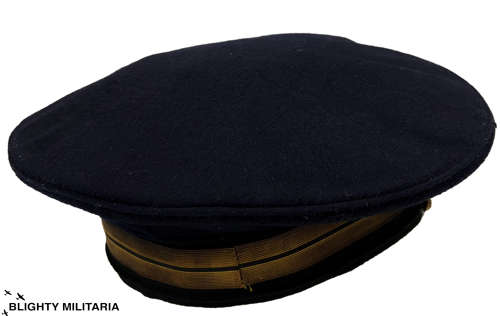 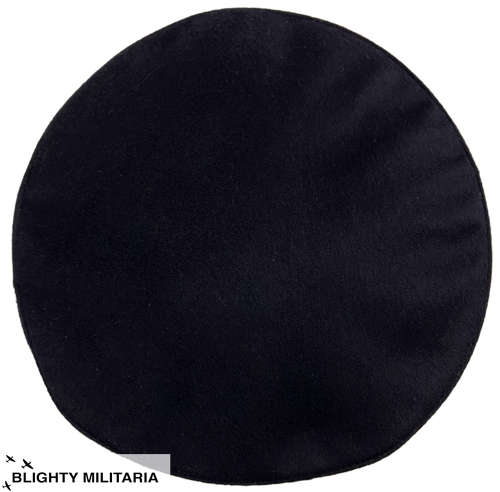 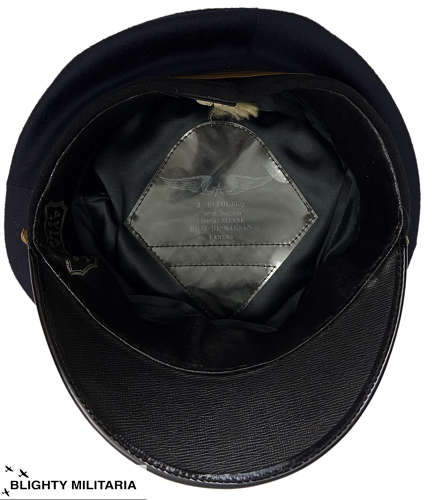 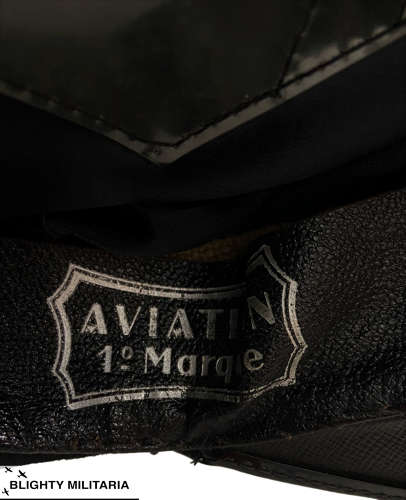 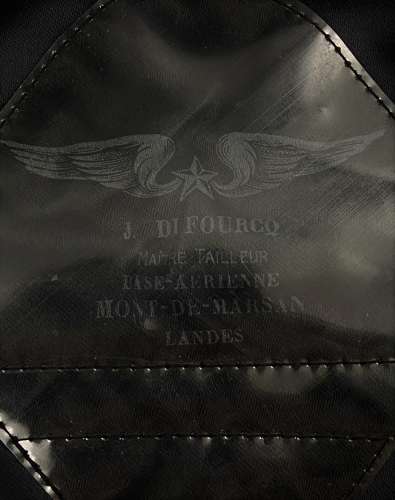 This pattern of cap was worn by French Air Force officers during the Second World War as well as in the 1950s. This example most likely dates from the post-war period making it ideal for the Indochina War or Algerian War periods.

The cap is made from a midnight blue coloured wool and features a black leatherette peak. Two bands of gold bullion are fitted around the circumference of the hat and a gold shin strap is also present. There are loops to the front of the cap to which a badge can be fitted.

Inside the cap the maker's name is present and reads 'J. Dufourco' and features a graphic of a winged star. To the sweatband are the words 'Aviation 1st Marque' in a typical period design.

The condition of the cap is very good as can be seen in the pictures. There are limited signs of wear and use but overall it displays well. Please study the pictures before purchasing.

A nice original cap which would make a good addition to a collection.