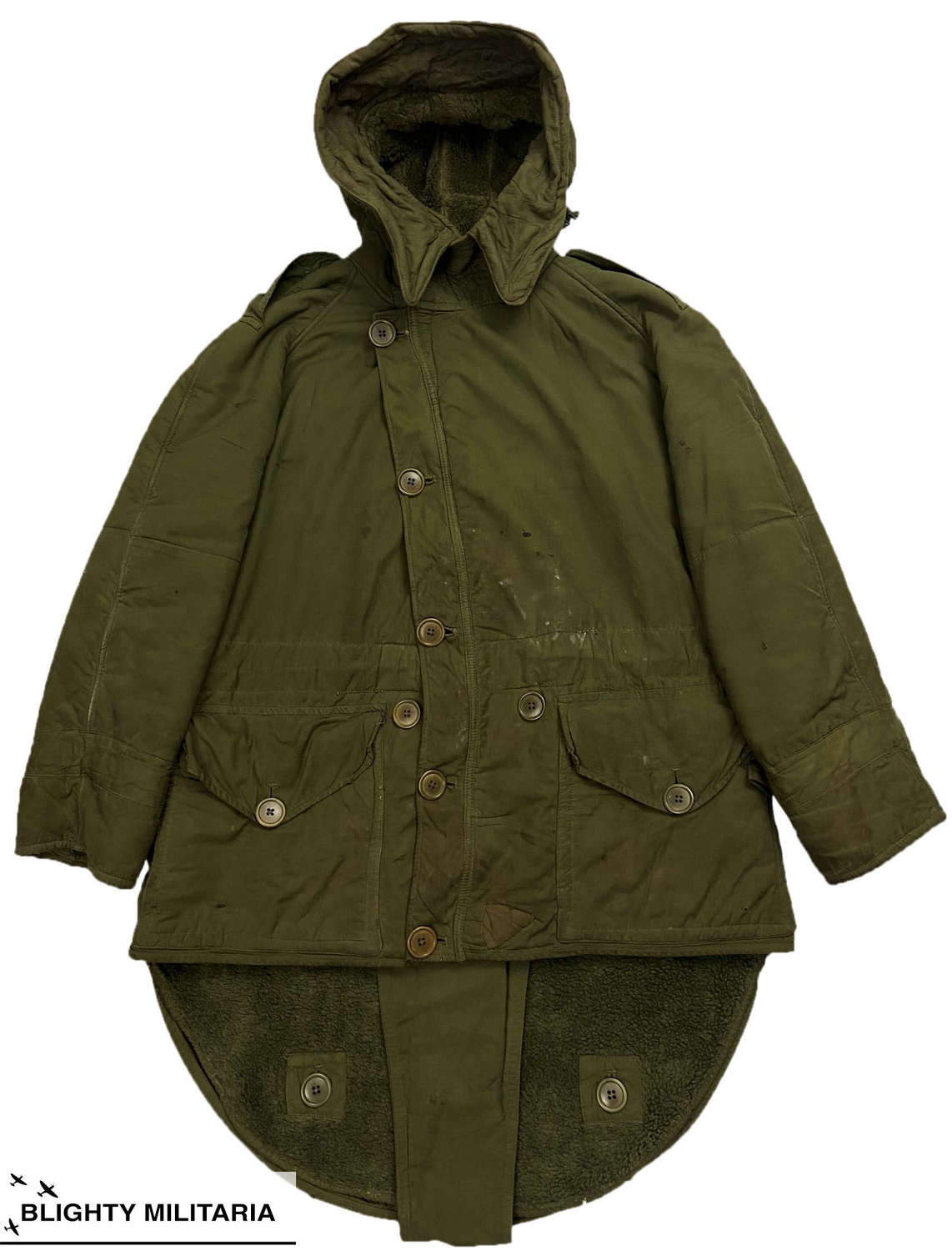 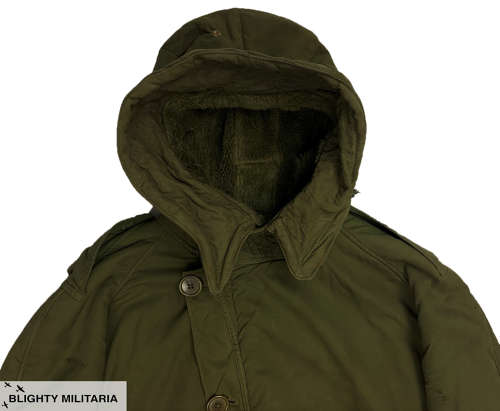 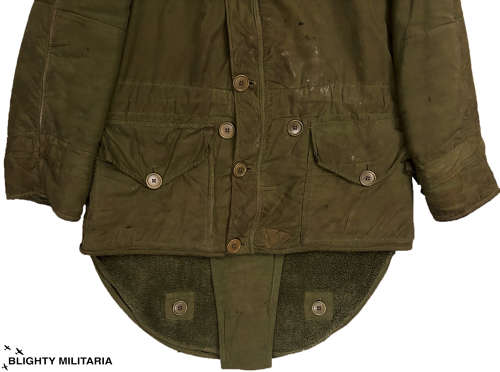 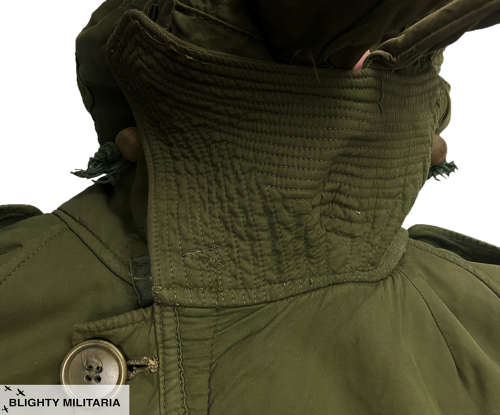 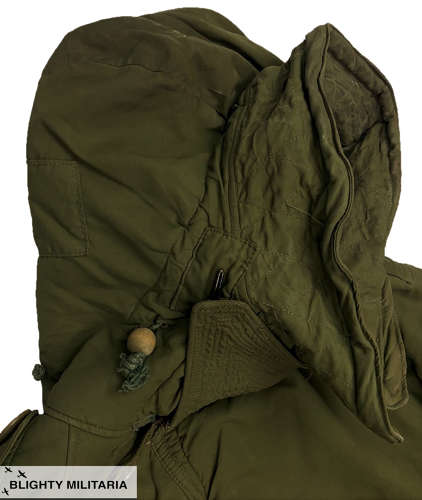 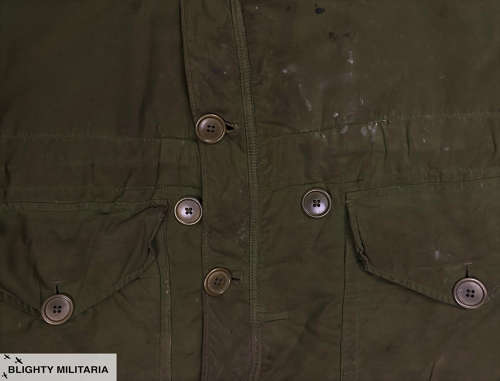 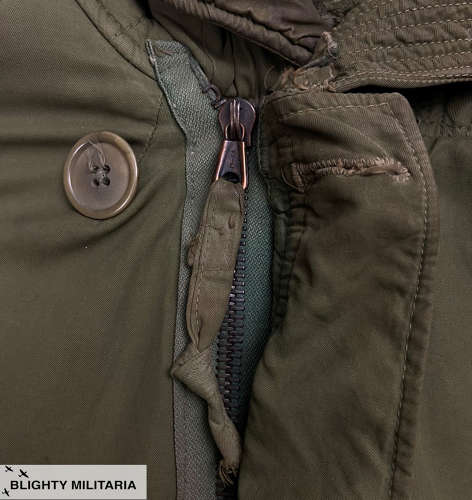 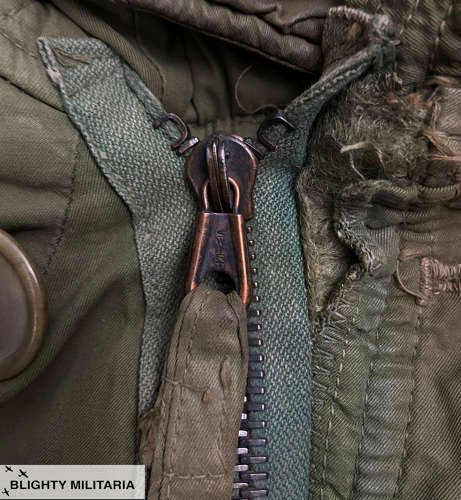 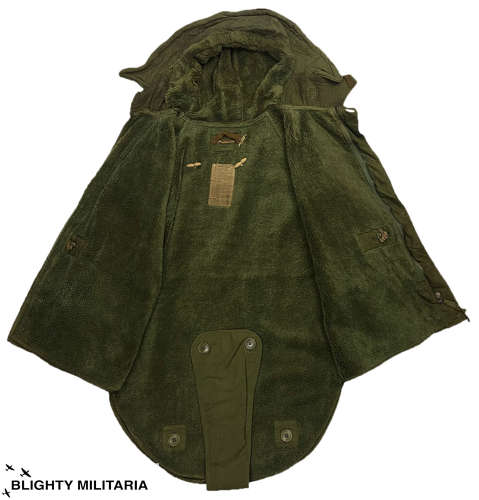 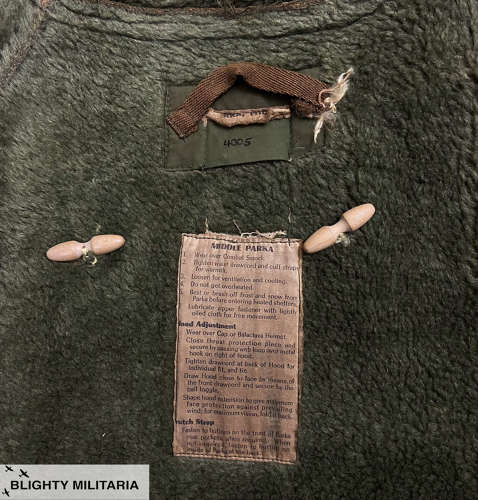 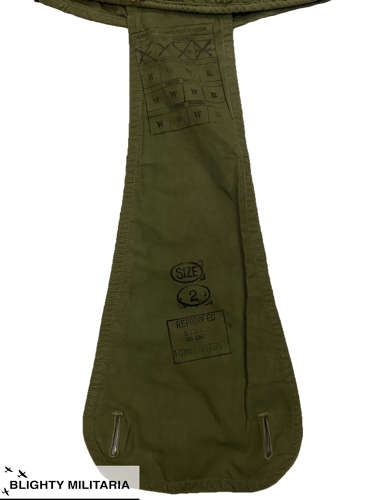 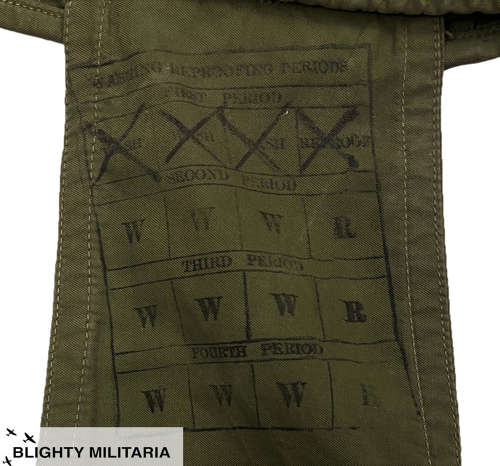 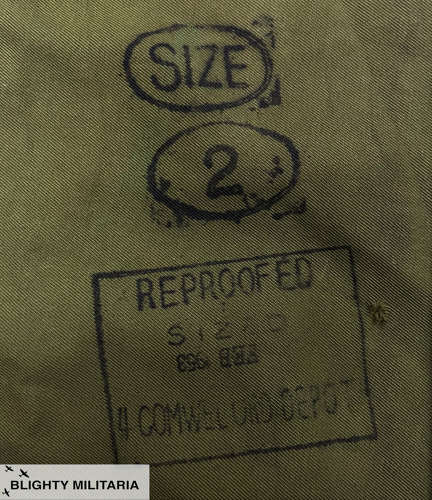 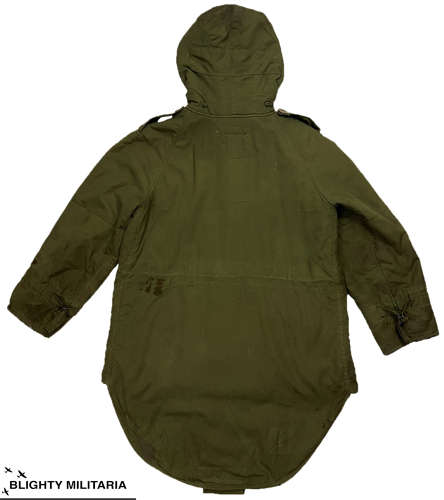 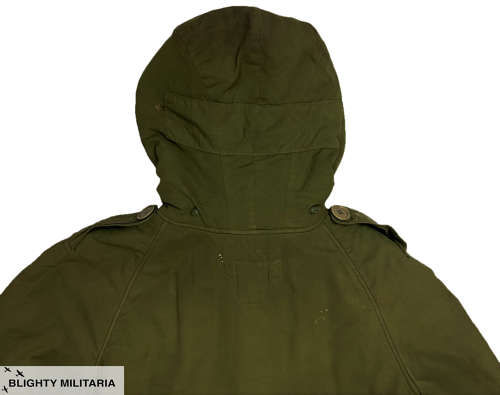 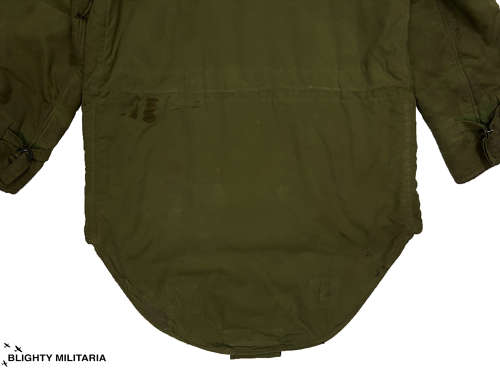 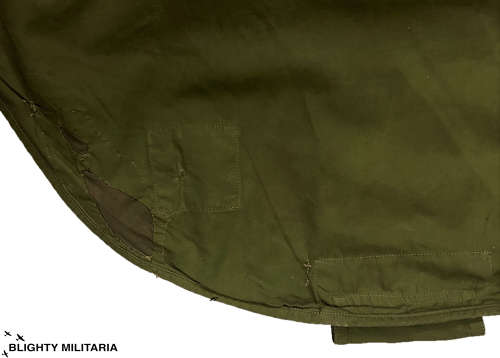 This scarce parka is the first model which was introduced in the early 1950s and is very different to the more common later model. It came directly from the Gloucestershire Regiment museum so may have had a link to the 1st Battalion who served in Korea during that conflict. During the Korean War it became evident that the British Army needed more suitable cold weather clothing. The greatcoat in issue at the beginning of the Korean War was not sufficient for the extreme cold temperatures faced by soldiers in Korea leading to the development of the Middle Parka.

The coat is made from a green coloured cotton sateen and features a detachable fur lining. The most obvious elements of the first pattern parka are the lack of chest pockets and the attached hood. The later model has adetable hood as well as chest pockets. Like many early 1950s British military jackets, the coat is fitted with a metal zipper which is made by 'Swift' and features the classic pendant shaped puller. Another typical early trait is the butterscotch buttons which are fitted throughout the coat. The lower pockets are the style which fold back on themselves under the flap which are also found on the Ventile Parka and Ventile Smock mdae during the same period. The cuffs feature integral straps which can be fastened tightly around the wearer's wrist.

The hood is a large 'snorkel' style which again is similar to those seen on RAF ventile items. It features a wire brim around the edge of the hood and a deep area which fastens around the throat and features lots of reinforcing stitches. There is also a drawstring which features a wooden ball stopper - another typical period feature.

Inside the parka the hanging loop and instruction label are still present although the size label is not. The drawstring located at the waist is still present as is the original fish tail, which is held in place with two buttons. To the reverse of this are stamps including re-proofing stamps, the size of 2 and a re-proofing date of February 1953 which places it nicely in the Korean War period.

The coat is in good wearable condition but has clearly seen plenty of action. There are some period repairs as well as staining and general signs of wear etc. Please take time to study the pictures before purchasing and bear in mind that this is a vintage, pre-owned coat with some flaws commensurate with age.

A rare original Korean War period British Army coat which would make an excellent addition to any collection.