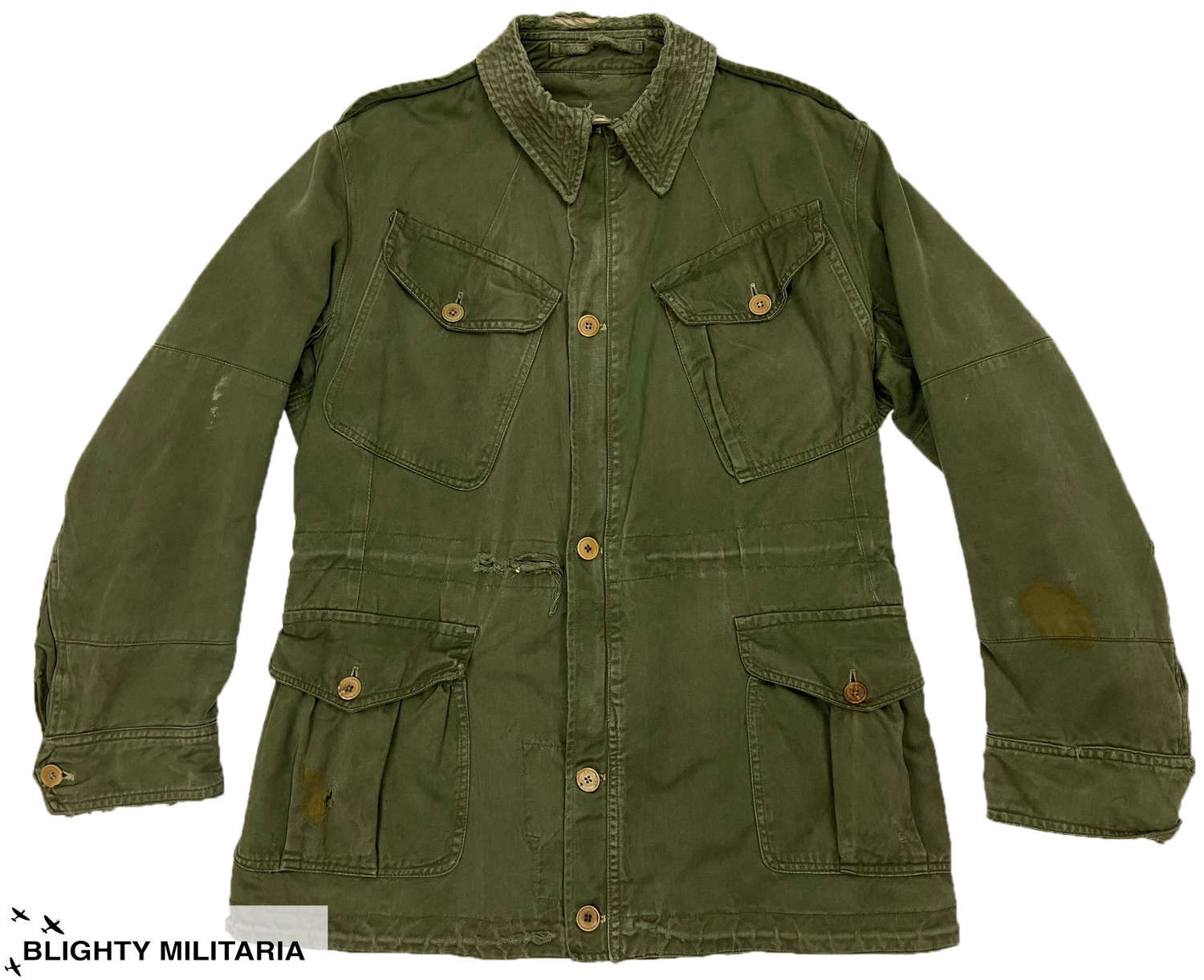 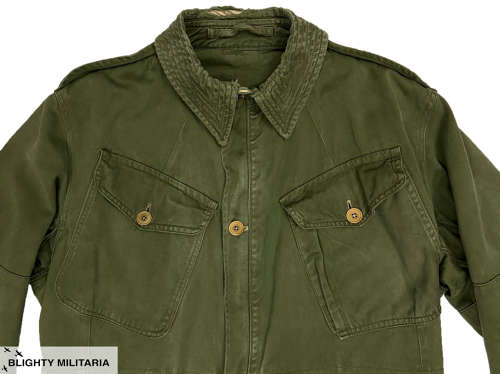 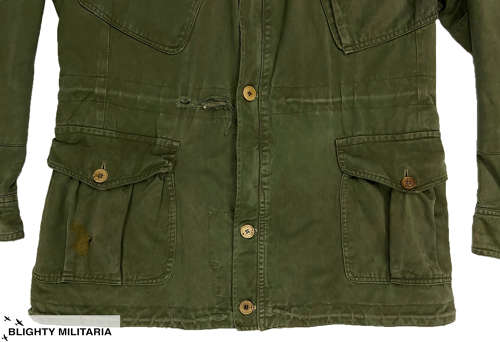 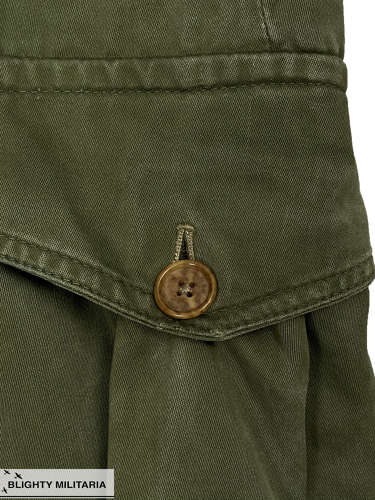 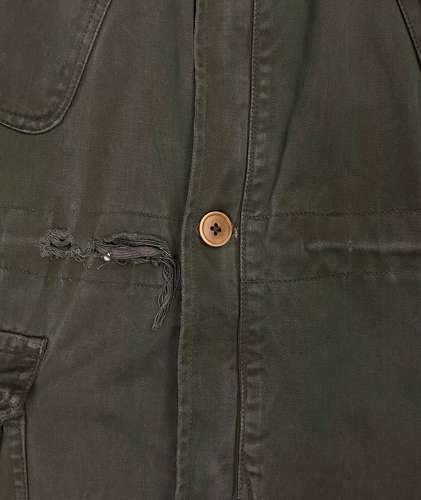 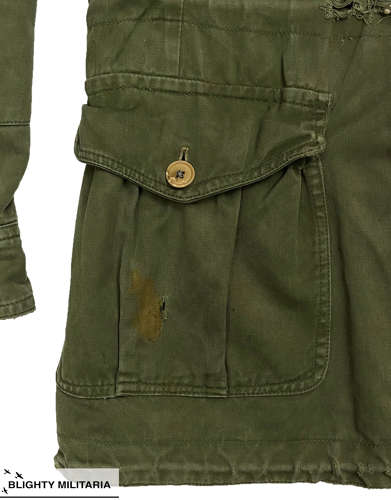 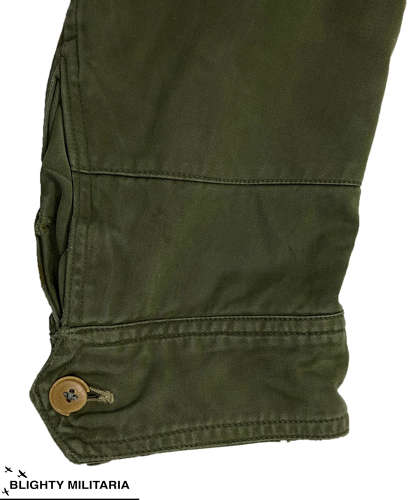 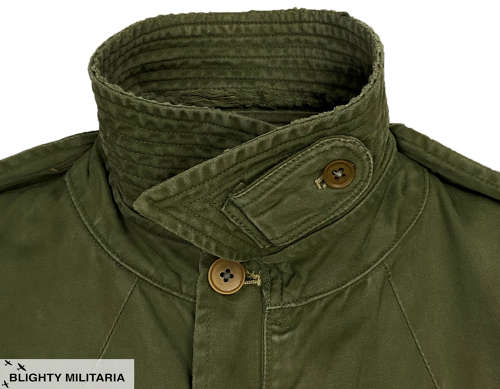 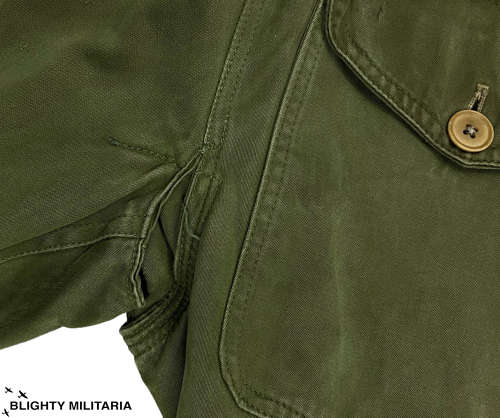 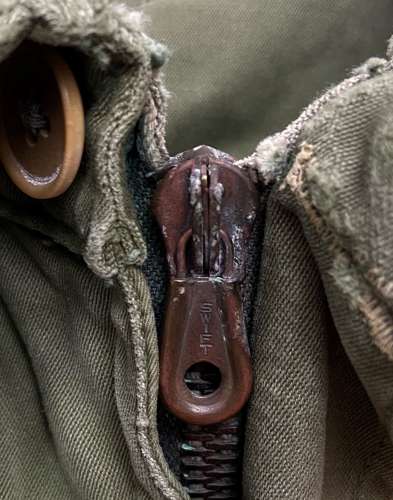 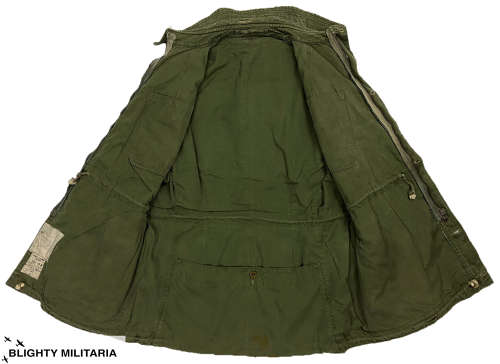 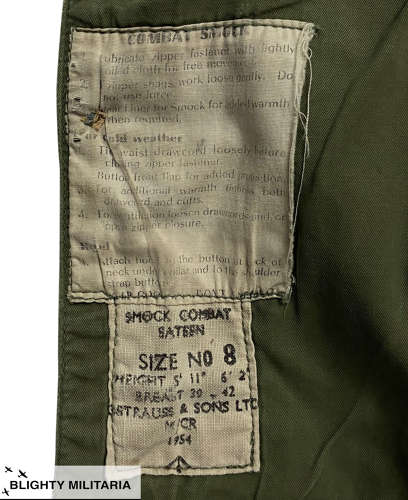 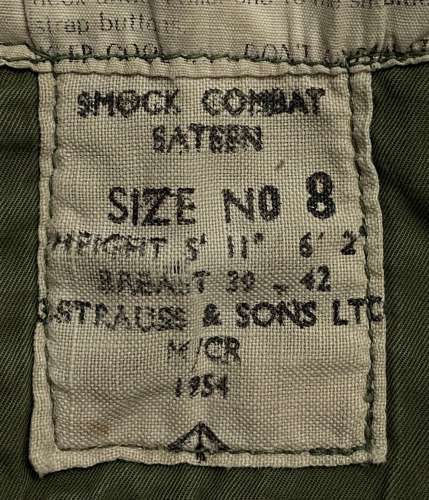 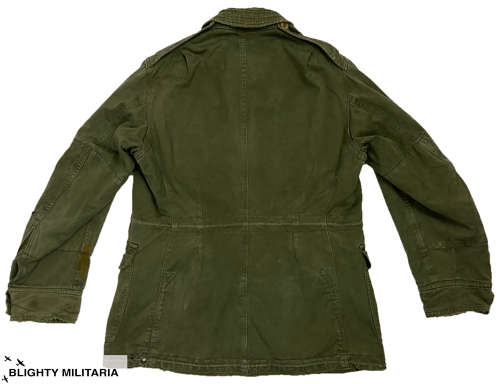 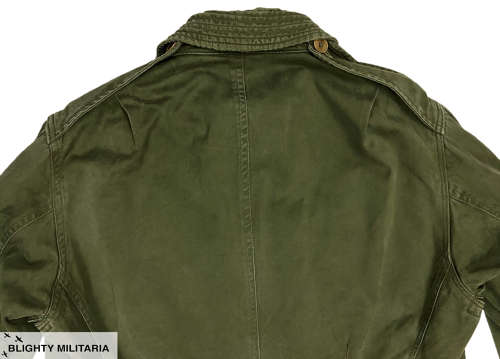 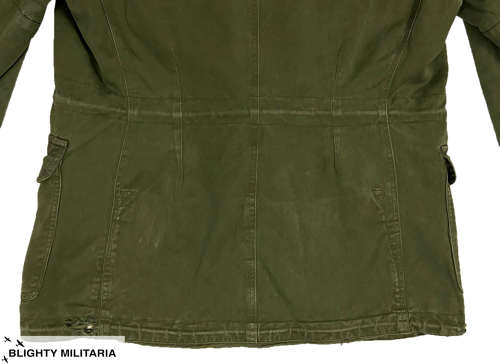 Whilst at first glance this jacket could almost pass for a 1960 pattern combat jacket, it is in fact its much rarer predecessor. This pattern replaced the gaberdine smock in approximately 1952 and was made throughout the 1950s seeing widespread issue during this period as well as in the 1960s.

This particular example dates from 1954. It features the stitched collar associated with these 1950s and early 1960s smocks as well as a period 'Swift' branded zipper which is concealed by a button fly. Flapped patch pockets are situated to the front of the jacket which fasten with the same buttons as used for the fly front. The left hand upper breast pocket has a stitched divide inside it for holding a pen. Two drawstrings also form part of the design with one at the waist and one along the bottom seam. The sleeves feature a buttoning cuff with two button positions and the arms have a reinforced panel around the elbow area. The collar features a button and a tab to fasten it around the wearer's neck.

The interior of the jacket features two open topped patch pockets as well as a large poachers pocket to the rear. This fastens with a single button which is still present. The original labels are also present to the interior with the uppermost featuring care instructions whilst the lower is the usual style of manufacturers label which bears details pertaining to size. It states the jacket as a size 8 which will fit up to a 42" chest and 6' 2" tall. The manufacturer's name is present as is the 1954 date and the War Department broad arrow marking.

The smock is in well worn condition. The material has worn through in numerous areas including along around the cuffs and to the front where the drawstring runs. There is various staining and one of the lower pocket buttons is a period replacement.  Please remember that this is a vintage jacket which is over 60 years old so may have other issues consummate with its age.

All in all a nice example of this rare pattern of smock complete with its original label and in a good wearable size.