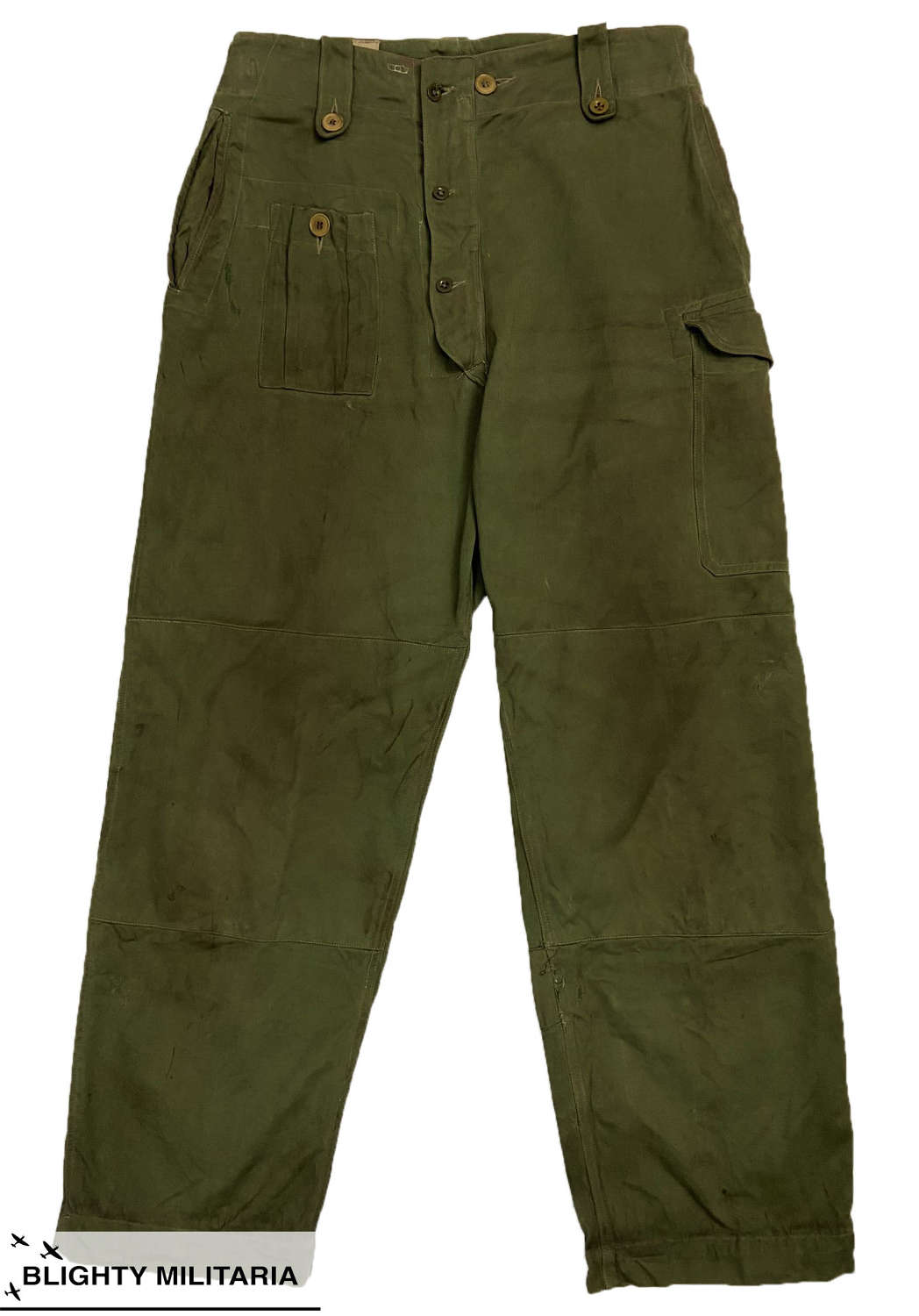 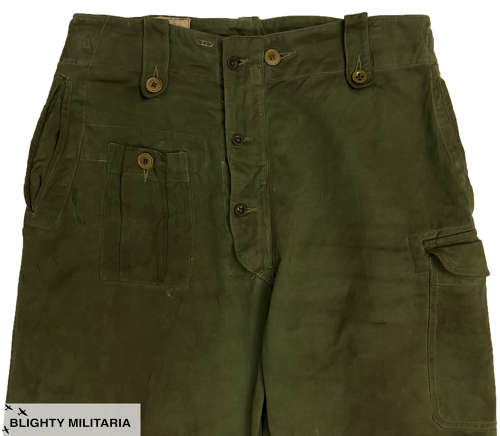 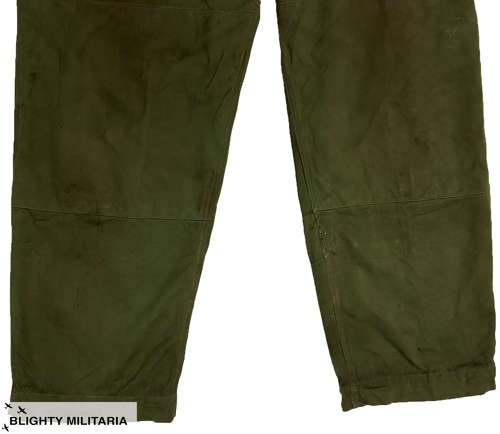 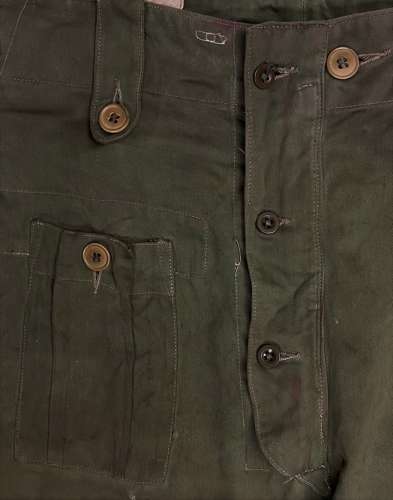 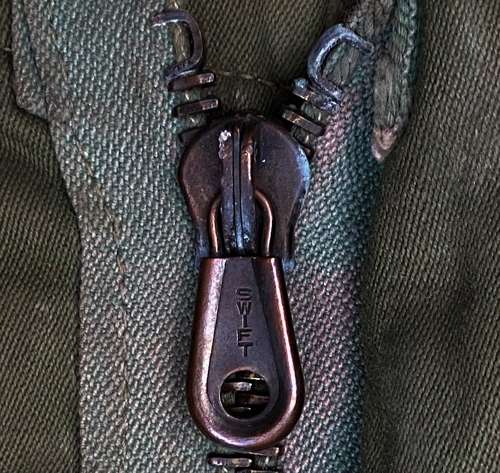 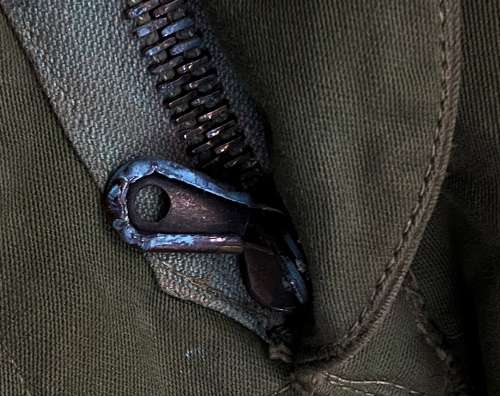 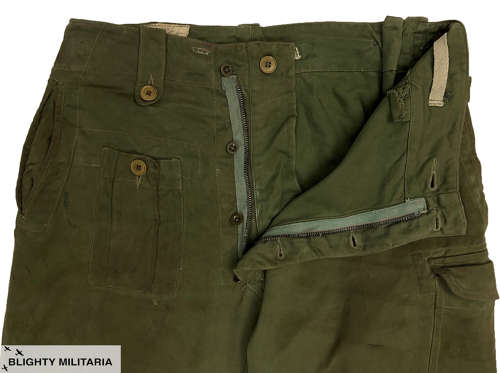 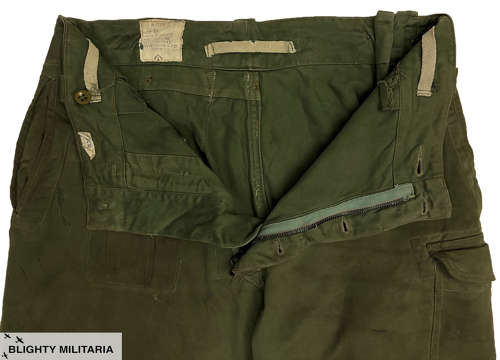 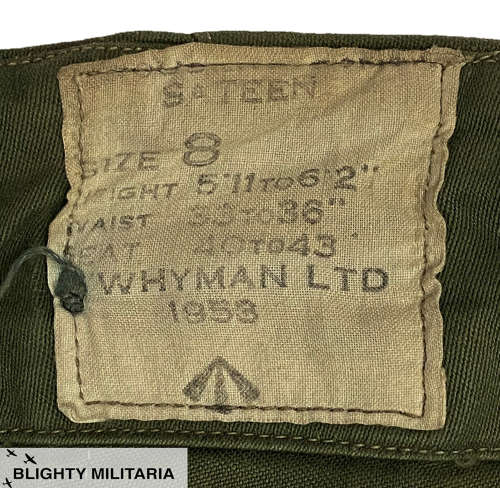 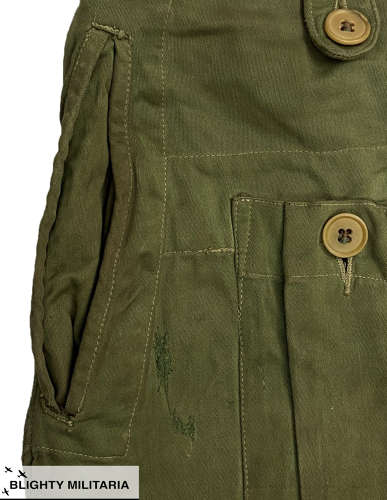 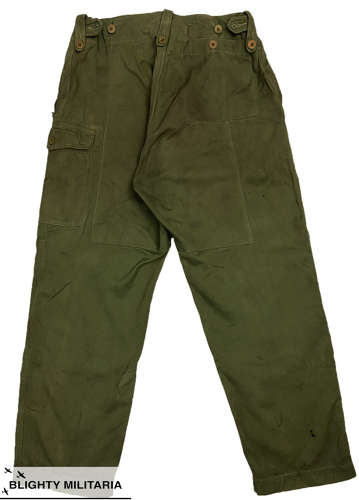 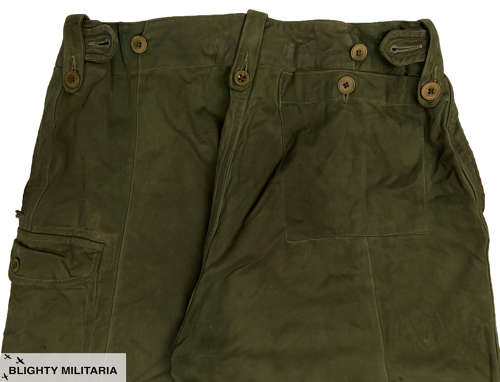 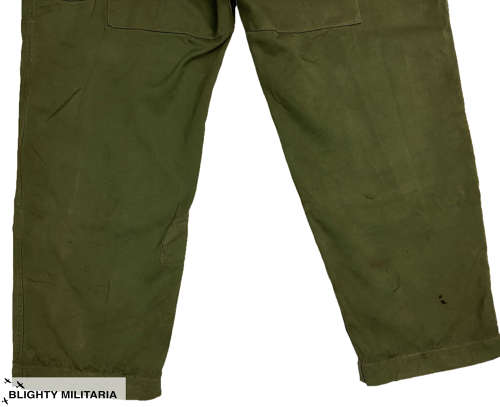 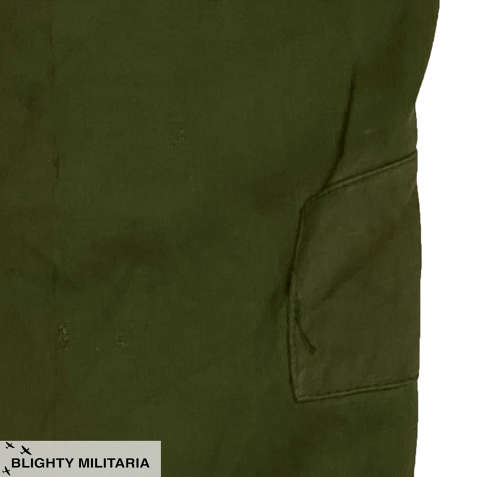 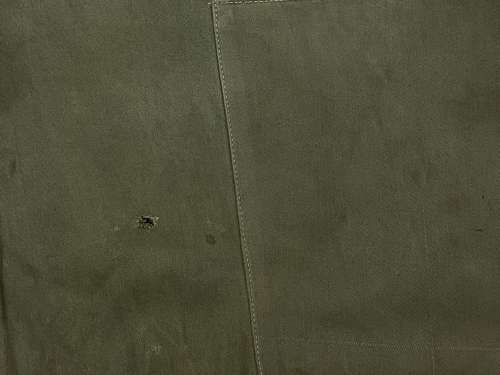 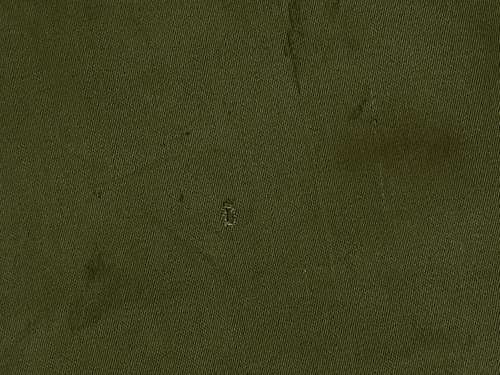 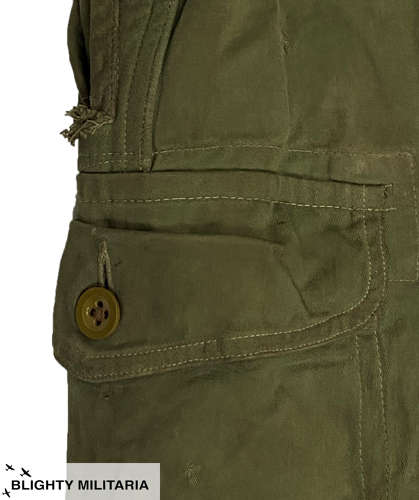 A scarce original pair of 1952 Pattern Sateen Combat Trousers dating from 1953 and in good condition.

Whilst at first glance these trousers could pass for 1960 pattern combat trousers, they are in fact its much rarer predecessor. They saw widespread issue during this period as well as in the 1960s. and are now sought-after by collectors. Not only that but these are the first pattern sateen trousers which are often labelled as 1952 Pattern. This first pattern was short lived being replaced with the 1953 pattern shortly after their introduction making them rare to find today.

The trousers are made from a plain olive green coloured cotton sateen and feature a First Field Dressing pocket to the right hip and a map pocket to the left thigh. The trousers also have reinforced knees, slash pockets to the hips and belt loops. A double ended metal 'Swift' brand zipper is used to close the fly. This pattern of zip was regularly used in British military clothing during the 1950s. The most distinguishing feature of this early first pattern however is the exposed buttons to the fly flap. The butterscotch coloured buttons are also typical of British military items from the first half of the 1950s.

Inside the trousers the original label is still present. It states the year of manufacture as 1953 and the size as Size 8 which is designed to fit a 33" - 36" waist and up to 6' tall. The maker's name 'Whyman Ltd' is present as is the War Department broad arrow marking.

The condition of the trousers is very good with some signs of wear and use. They display well and are still very wearable but are of course a vintage, pre-owned item which may have small issues commensurate with age. There are some small holes, period repairs and a patch to the inseam on one leg. Please take time to study the pictures before purchasing.

A rare pair of combat trousers in a good size and with a nice clear label.