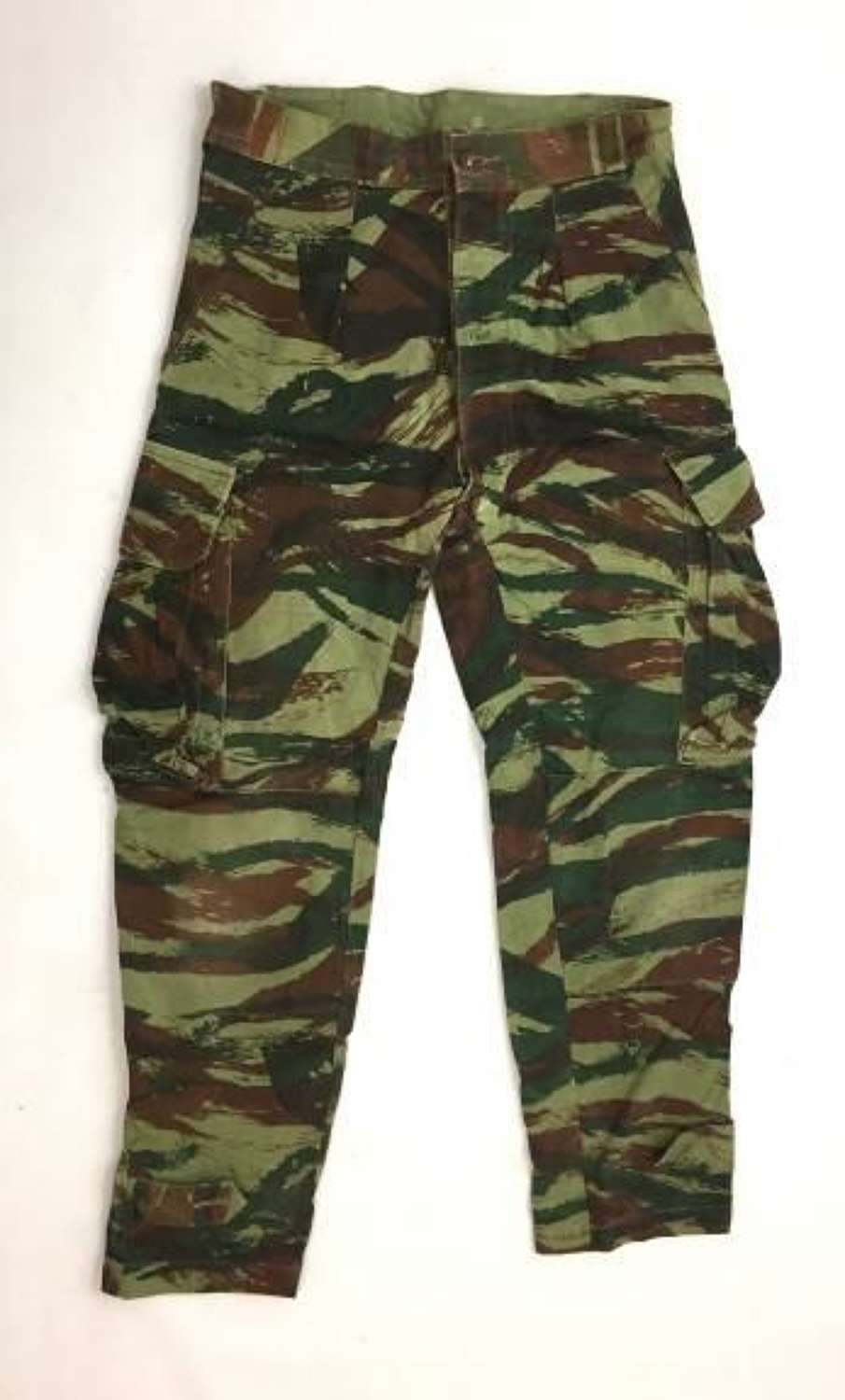 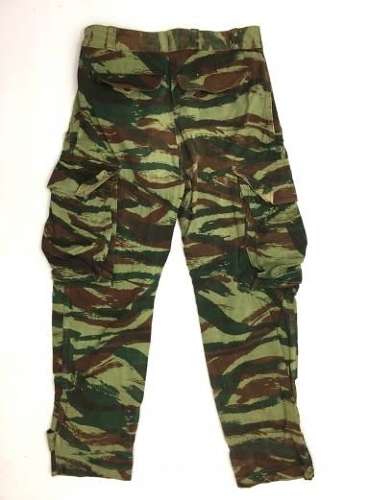 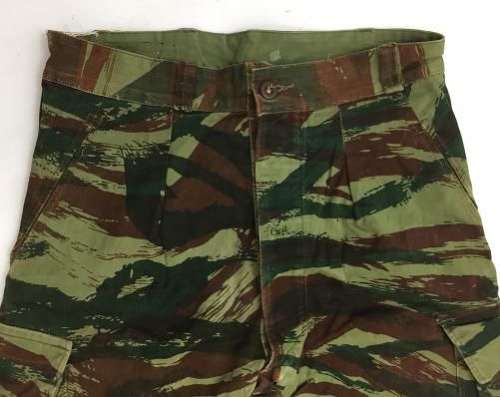 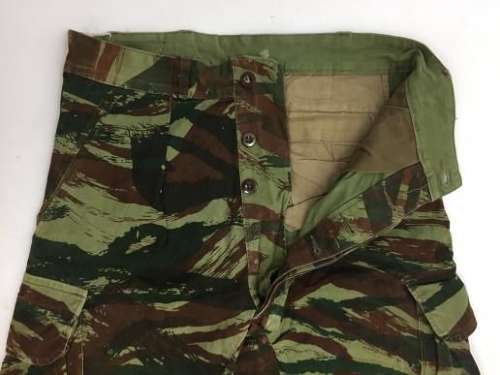 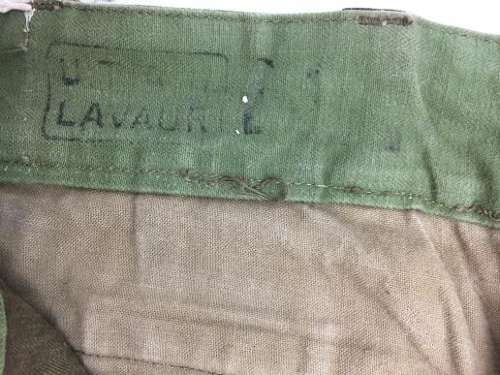 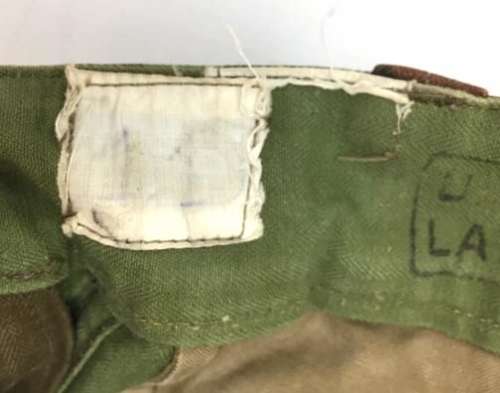 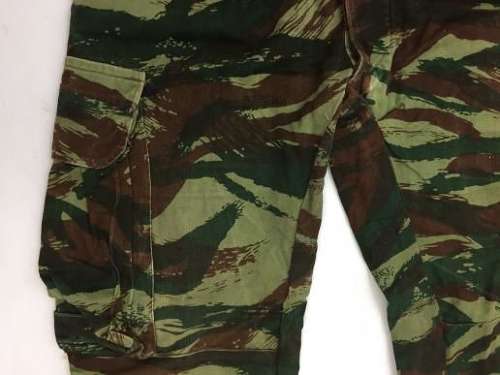 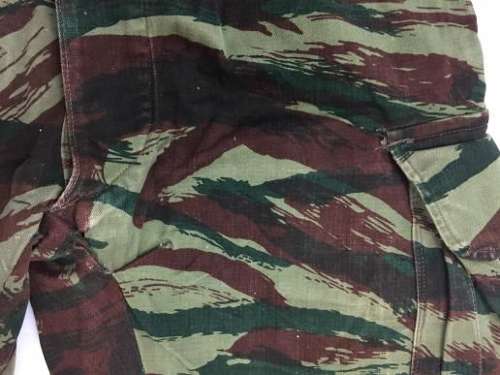 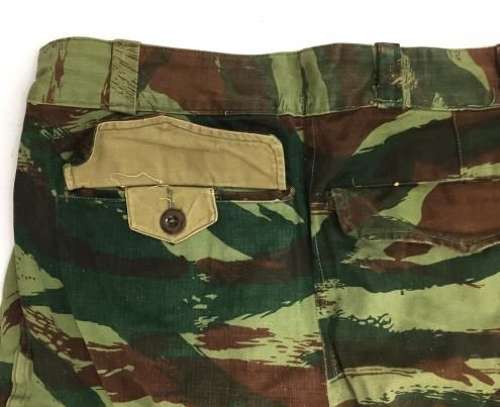 SOLD
An original pair of French Lizard Camouflaged trousers made in Lavaur and dating from the 1950s.

Lizard Camo came into use with the French forces in the post-war period and saw use in the Algerian War and in Indochina. It is often associated with Paratroopers and the Foreign legion and the pattern is indeed heavily influenced by the Denison Smock design used during the Second World War.

The trousers feature a button fly, hip pockets and cargo pockets to each leg. The leg itself looks to have been tailored in for a more close fitting look and would have been done by the solider who original owned them. This kind of modification is typical.

This particular pair were made in Lavaur near Toulouse in the south of France as can be seen by the makers stamp in the waistband. As well as this there is another white label which refers to size.

The condition of the trousers is good considering they have been issued. There doesn't appear to be any major issues but please study the photographs as these form part of the description.

All in all a nice pair of trousers in good shape. A must have for the camouflage collector!