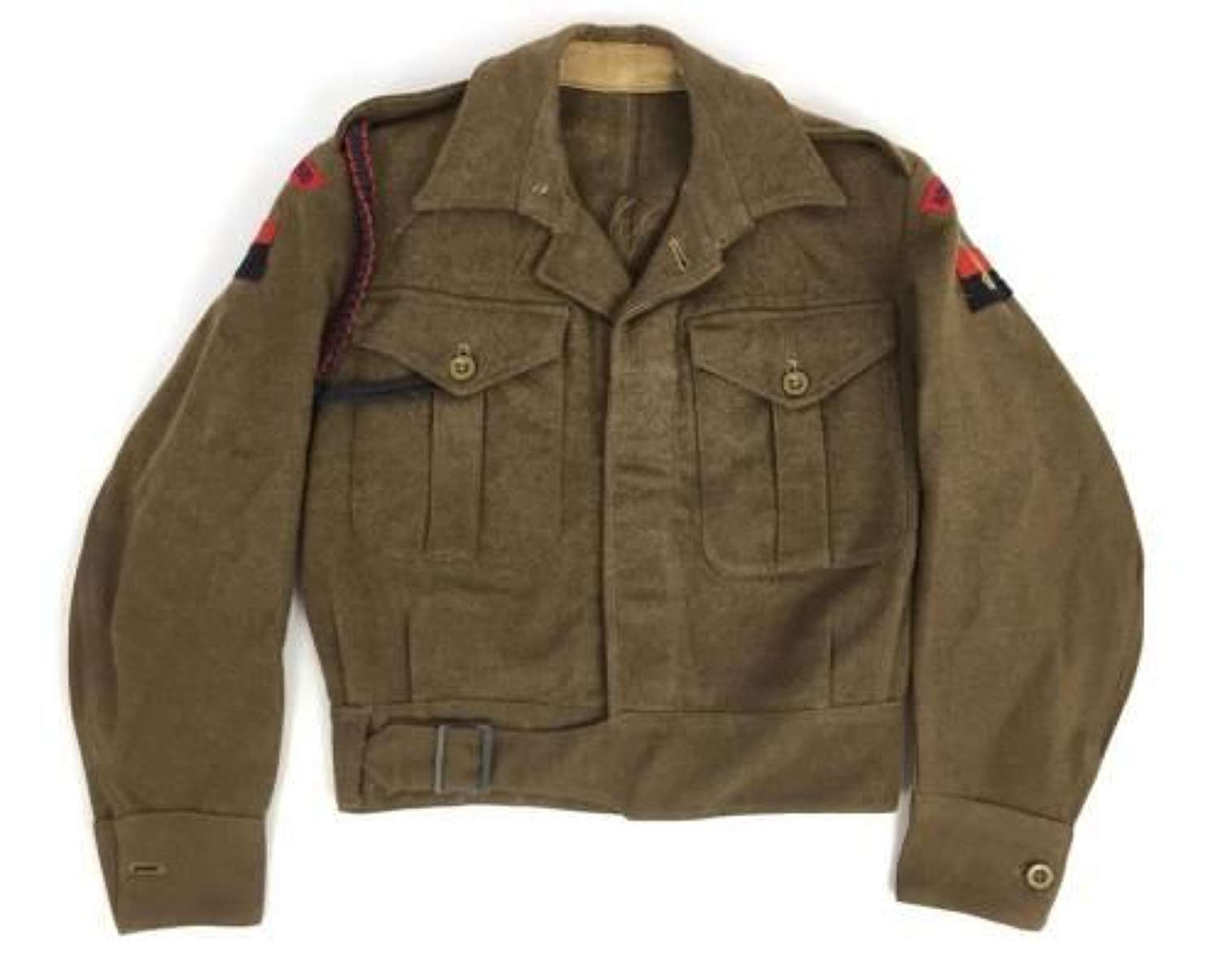 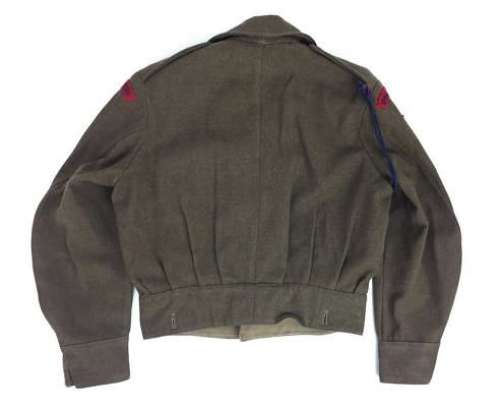 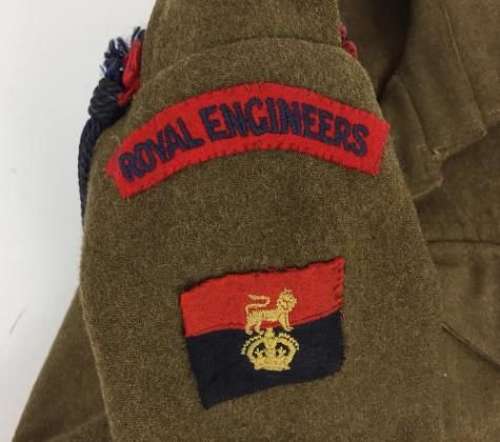 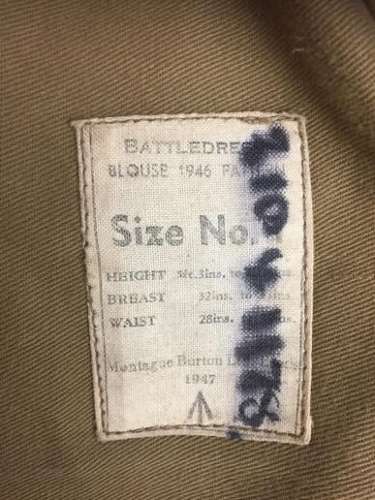 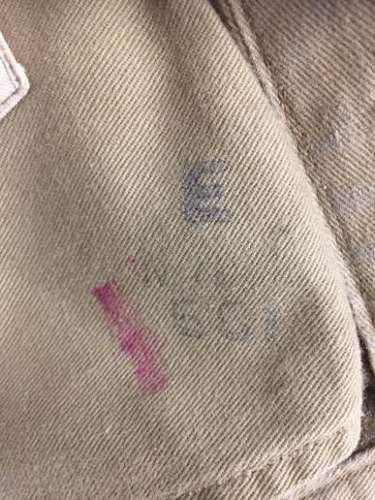 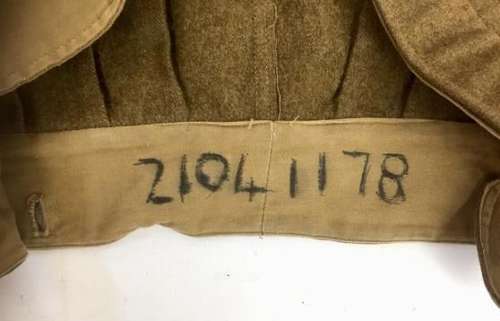 A fine example of the rare 1946 pattern battledress blouse complete with its orignal insignia.

This pattern of blouse had a very short service life coming in just after the end of the Second World War, only to be superseded by the 1947 pattern blouse a year later. Due to this pattern having such a short service history these blouses are now somewhat rare.

Inside the blouse the original label is still present and bares the original owners name in ink which has obscured some of the details. The 1947 date is still clear however as is the makers name 'Montague Burton'. The size on the label looks to be No.1 and states that it will fit a 32-33" chest and a 28-29" waist.

The jacket also has the War Department ink stamp inside which is surmounted by the letter 'E' and denotes 1947 as the year of manufacture.

The condition of the blouse is very good indeed and it displays very well. There is no damage that I can find and it has been well looked after, quite possibly having been used as a best blouse originally.

Overall a very nice battledress of a rare pattern complete with its original insignia A smaller size but still displays nicely. A nice addition to any battledress collection.