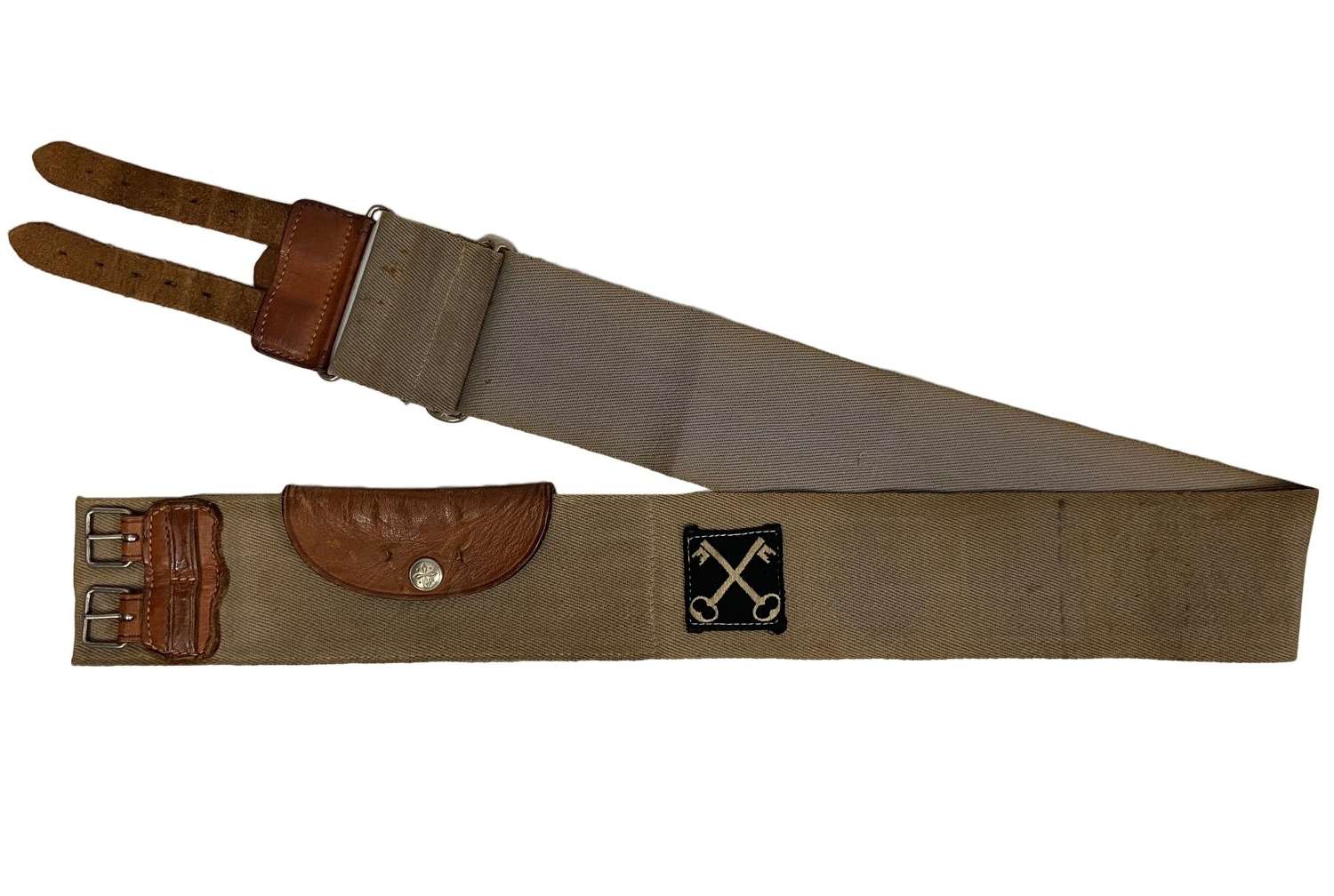 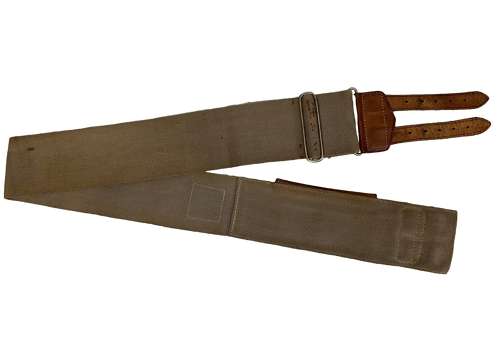 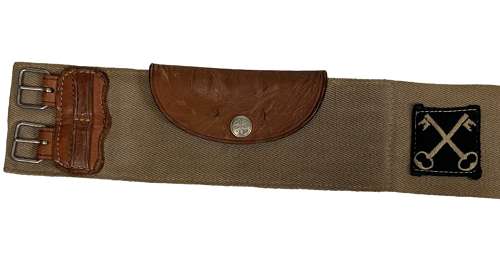 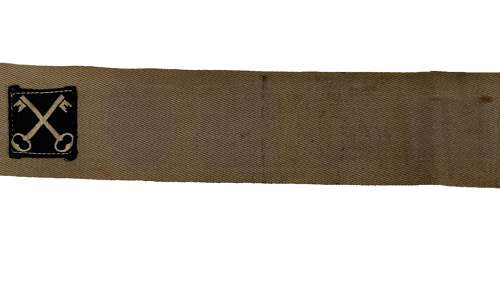 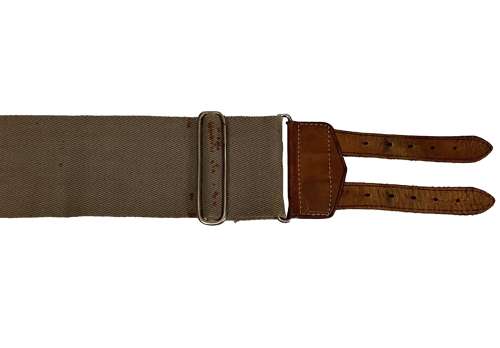 An original British Army Stable Belt which belonged to William H H Hedgecock who served in the Royal Army Medical Corps in the early 1950s including as part of the British Army of The Rhine from 1950 to 1952.

The belt has had various badges added to it by the original owner, a style which is now referred to as 'hate belt' or 'trophy belt' by collectors. Sadly most of the badges have been removed but shadows of where they were previously affixed can be seen. An embroidered 2nd Army patch is still present and the leather coin holder has two holes in where another badge was fitted - most likely a RAMC brass regimental title.

The belt will fit a wide variety of sizes due to the adjustable metal buckle. When adjusted to its smallests size it will fit a 26" waist and when let all the way out and fastened through furthest holes on the leather tabs it measures 39". Therefore it will fit any size between this.

The belt is in good condition and displays well. It has some signs of age and wear including some rust spots as shown in the pictures.