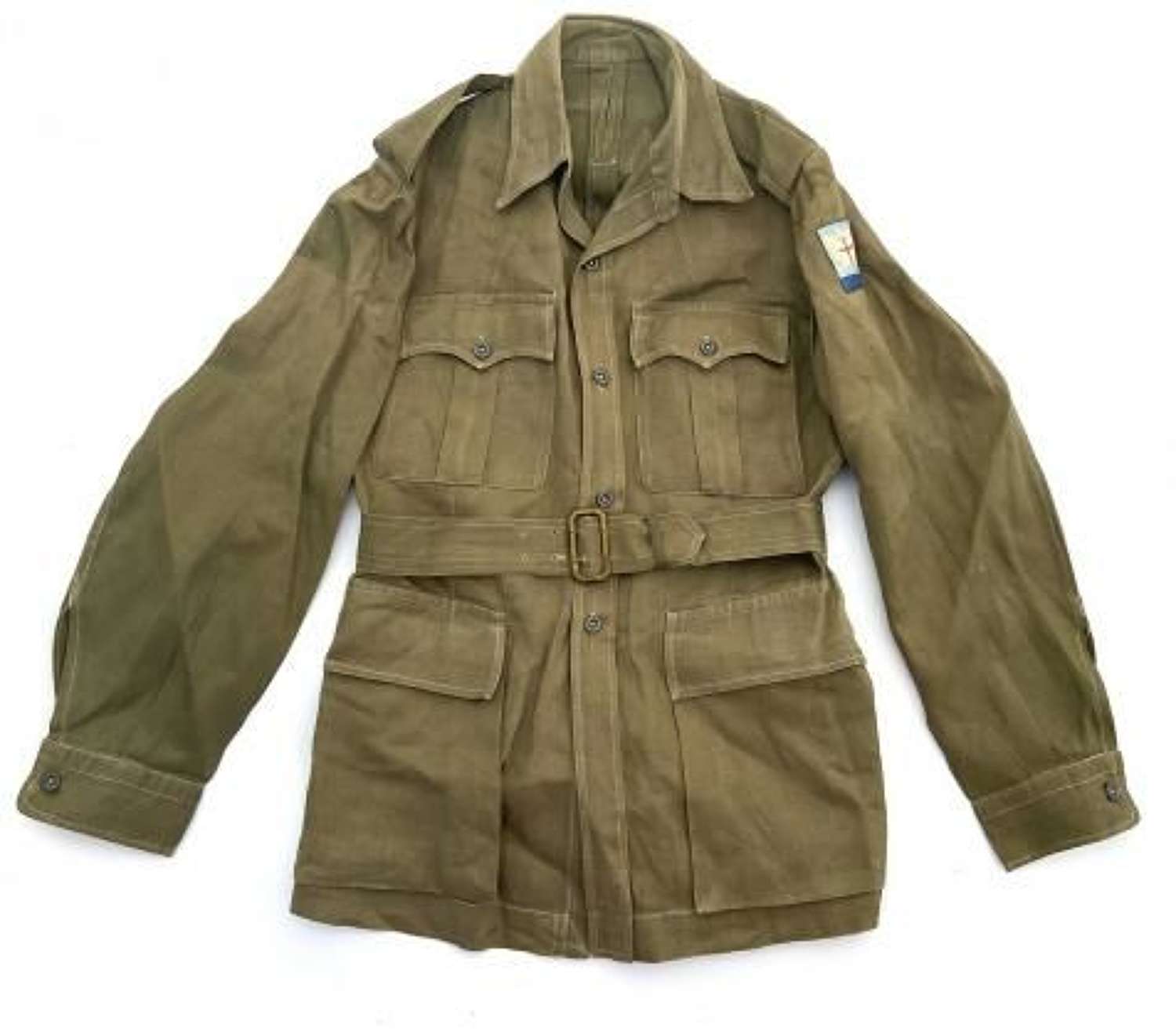 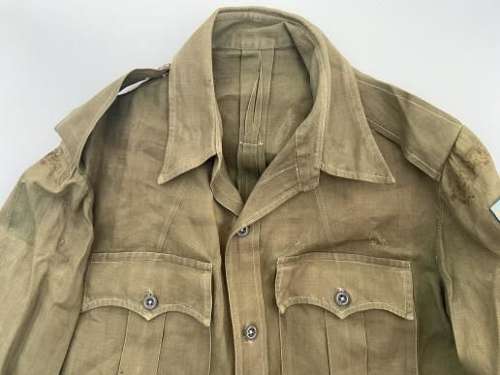 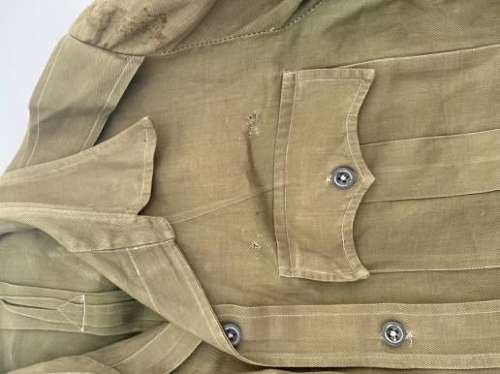 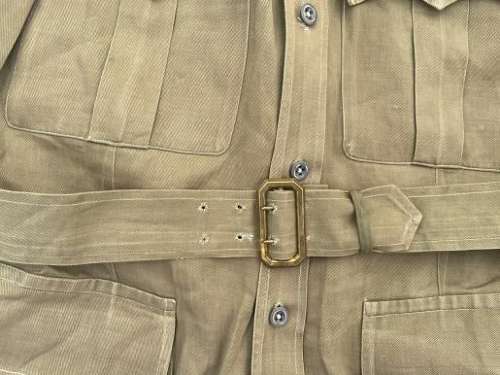 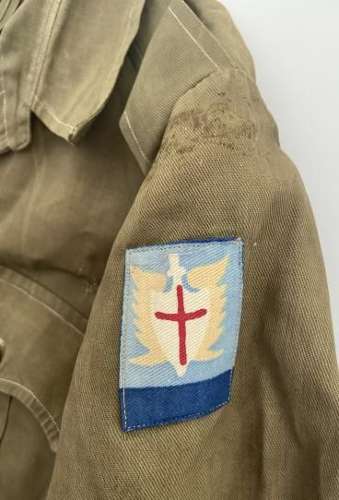 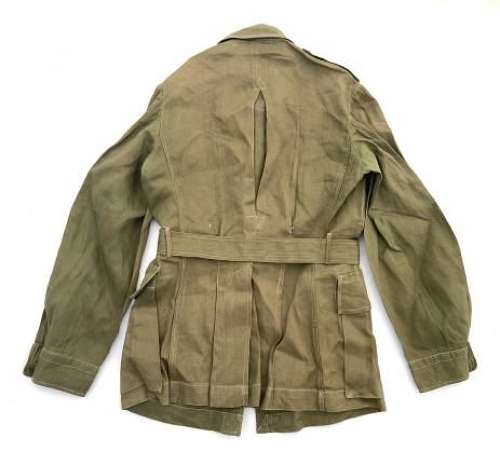 On November 12, 1944, Eleventh Army Group was redesignated Allied Land Forces South East Asia (ALFSEA) meaning that this jacket dates from some time after this period. Being a theatre made item it is impossible to date exactly but is typical of those worn during the 1940s and 1950s by men serving with the British Army and RAF in the Far East.

The jacket is an ordinary ranks example rather than the more common officers examples. It features long sleeves, epaulettes and a pockets to the front. The original waist belt is still intact and is fitted with a brass buckle.

The jacket bears traces of where insignia has been previously with just the one ALFSEA patch left. There are clear marks of where a shoulder title was affixed previously with what appears to be glue. The surfing patch is a nice theatre made printed example, typical of the era.

There are no labels or stamps inside the jacket as is common with theatre made jungle green items. When laid flat it measures -

The jacket is in well worn condition and clearly saw plenty of action in its day! It still appears to be strong and wearable but has a variety of signs of age and wear. The most noticeable is above the left breast pocket where it looks to have had a badge fitted and therefore has a couple of holes. Please study the pictures and bear in mind that this is a pre-worn vintage item.

All in all a reasonable example of a British JG bush jacket.