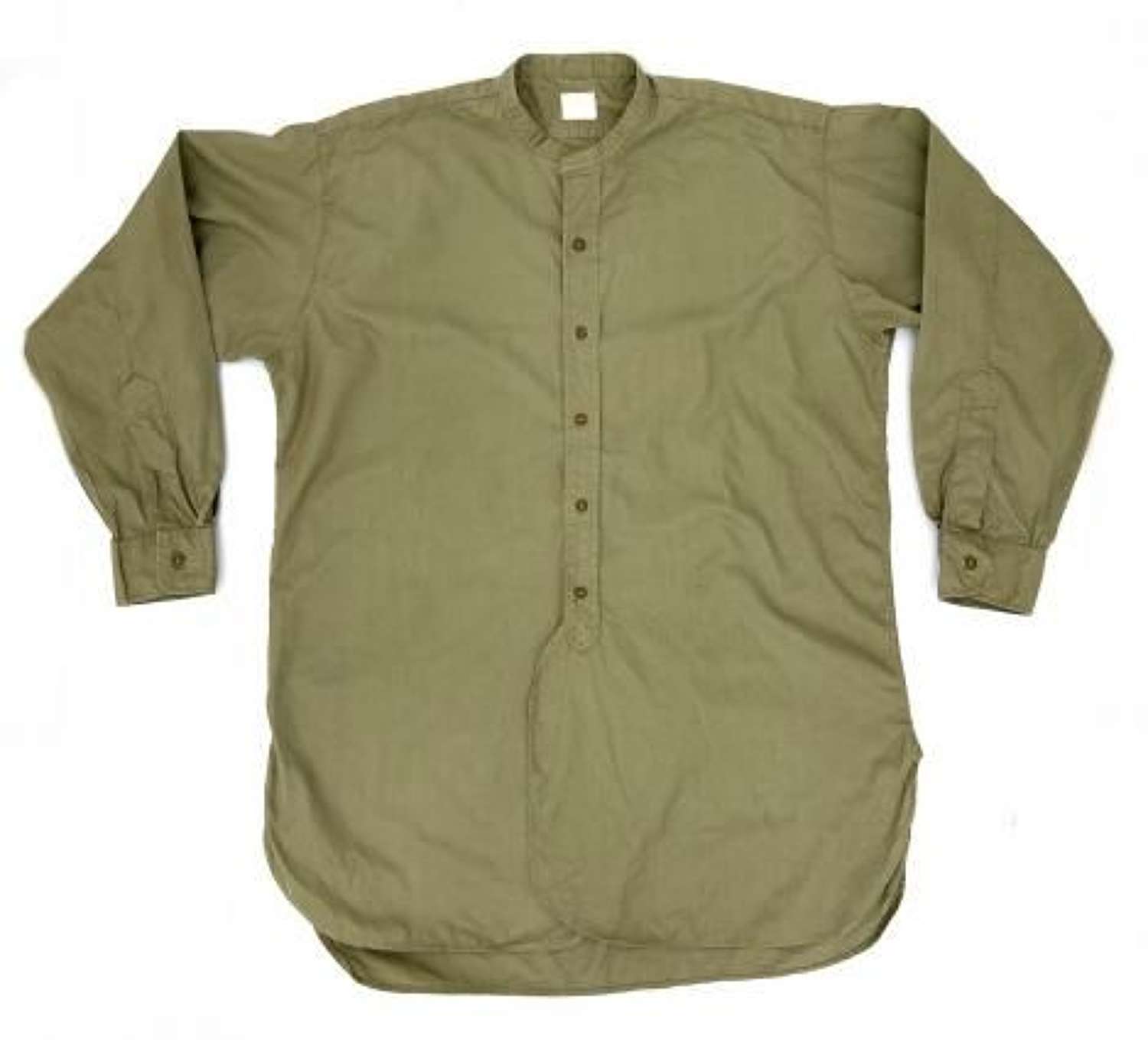 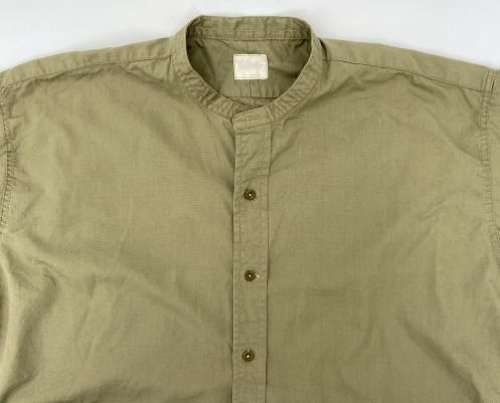 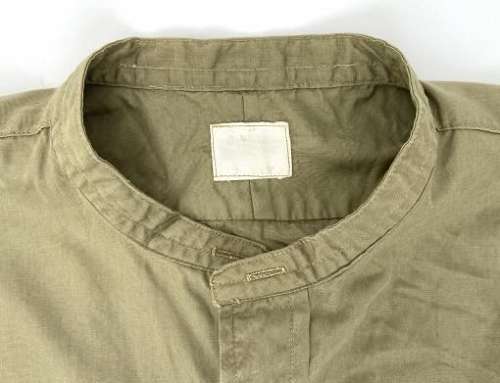 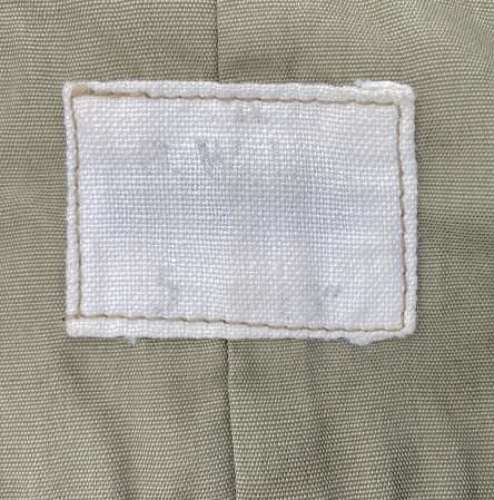 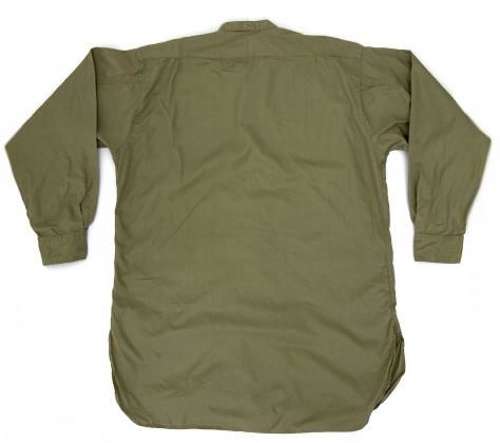 This shirt is made from a light green poplin cotton material which was popular with British Army officers during the Second World War and in the subsequent post-war years. It features a full button front which was starting to be worn during the War and became standard in the post-war years, replacing the earlier half front style shirts. It features a neckband collar to which removable collars can be attached with collar studs.

The original label is still present inside the neck of the shirt but is somewhat washed out. The makers name is hard to read but could well be C.W.S, often better know as the co-operative. The size appears to be 5 and the neck size is 16" which is a hard to find wearable size. When laid flat it measures -

The shirt is in good condition with only limited signs of wear and use. It is still very wearable today and displays well but please remember that this is a pre-worn vintage item which may have small issues consummate with age.

A good original officers shirt in a hard to find larger size. Ideal for the collector and re-enactor alike!