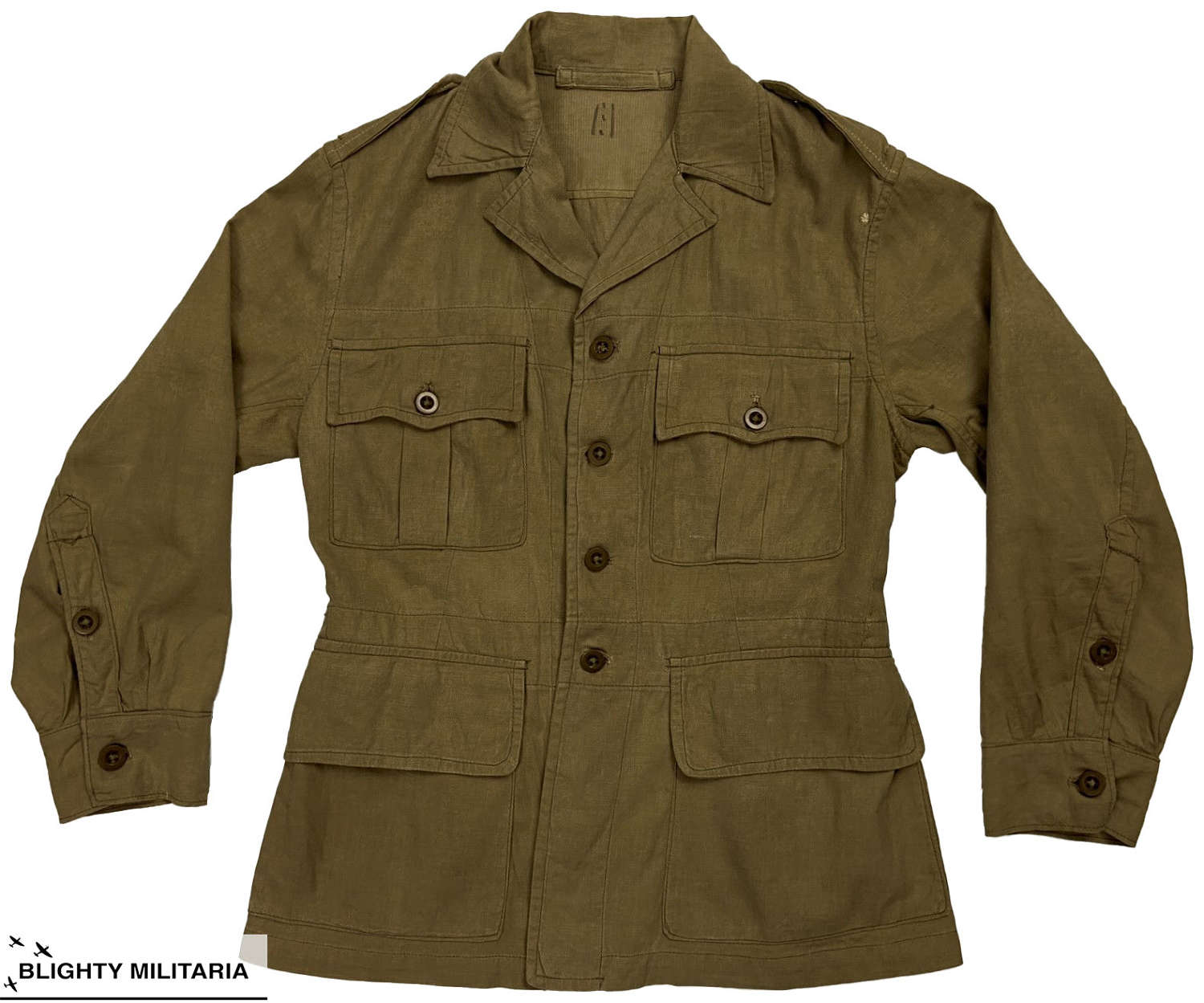 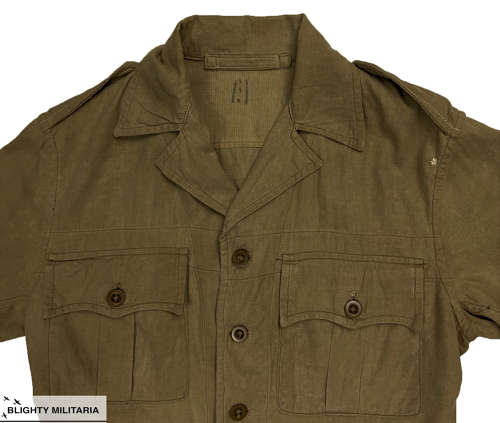 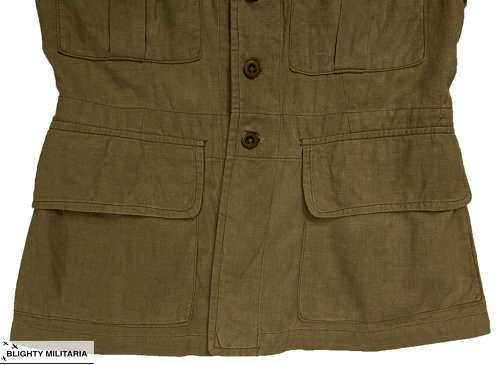 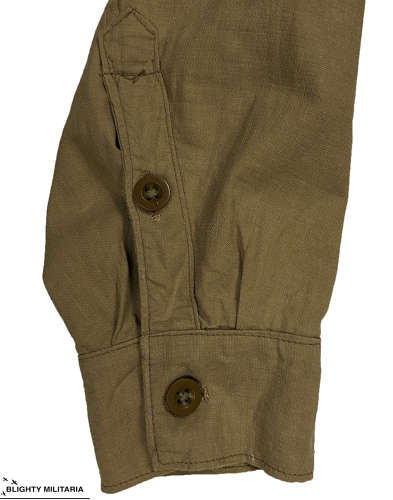 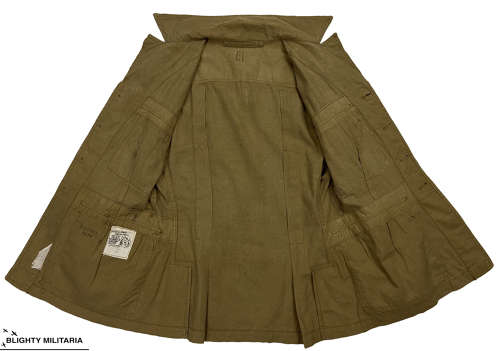 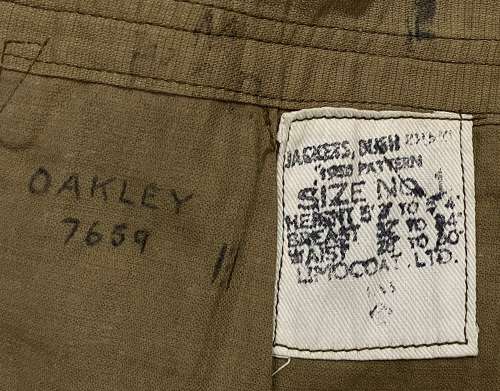 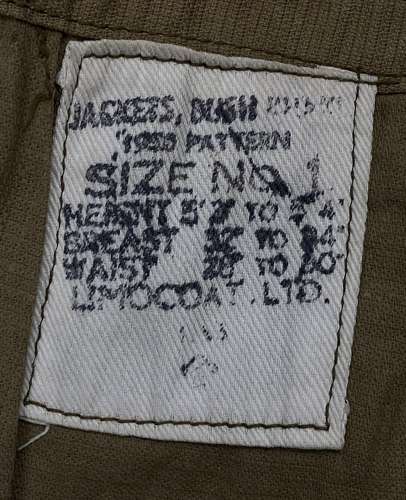 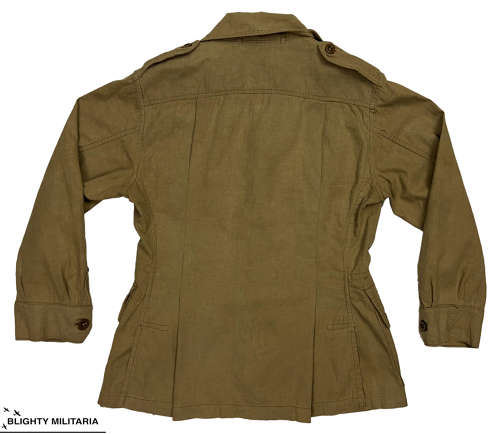 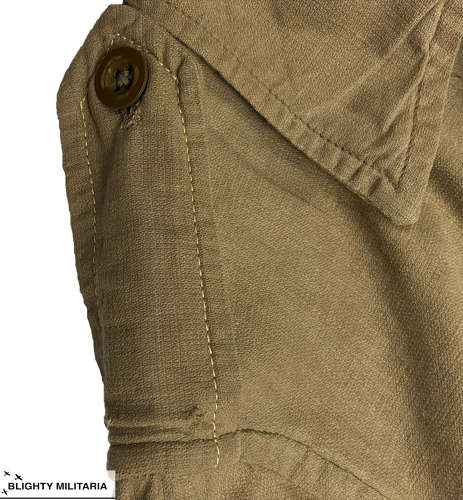 An original 'Jackets Bush Khaki, 1950 Pattern' dating from the early 1950s and in used condition.

Often referred to as the 'Khaki Drill Bush Jacket' this pattern of jacket is one of the most classic military jackets of the 20th Century. Cut in a typical 'Safari' style, the jacket features two buttoning chest pockets with scalloped flaps, two lower flapped pockets and long sleeves with buttoning cuffs. Epaulettes are located to each shoulder and all the buttons are the standard green plastic type used throughout the mid Century period for many articles of British military clothing.

Inside the tunic the original label is still present and states the size as No. 1 which fits up to 5' 4", a 32" - 34" chest and a 26 - 30" waist. It also bears the manufacturer's name, 'Limocoat Ltd', the War Department broad arrow marking and remnants of the date which looks to read 1953. As well as this there is a War Department acceptance stamp which is surmounted by the letter 'M' which denotes 1954 as the year of issue.

The condition of the jacket is reasonable for its age. It has signs of wear and use which can be seen in the pictures along with a repair to the left shoulder. The waist belt has been removed as is often the case. Please study the pictures carefully as they form part of the description and remember that this is a pre-worn vintage item.

All in all a good example of this pattern of bush jacket which has plenty of character.