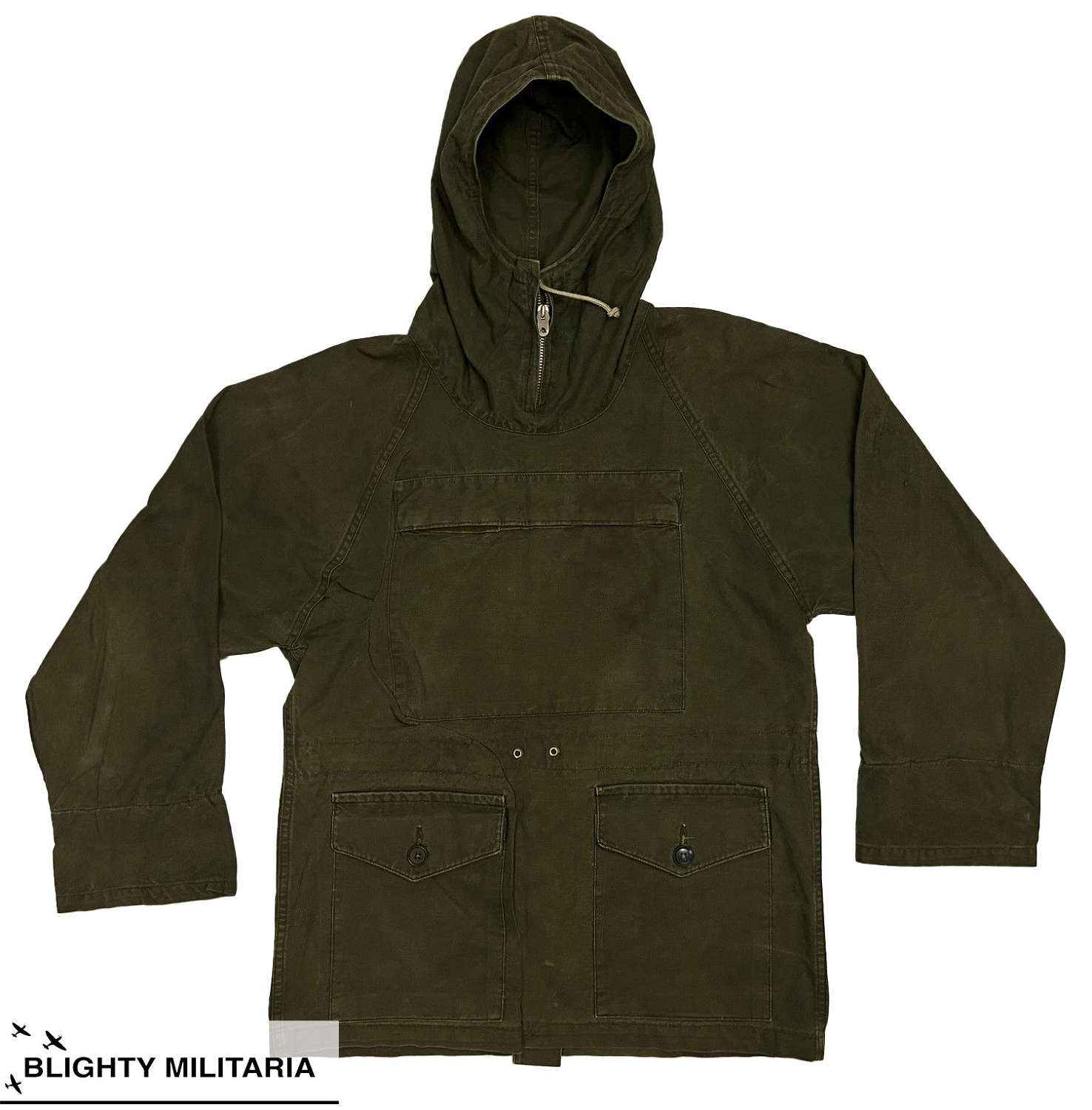 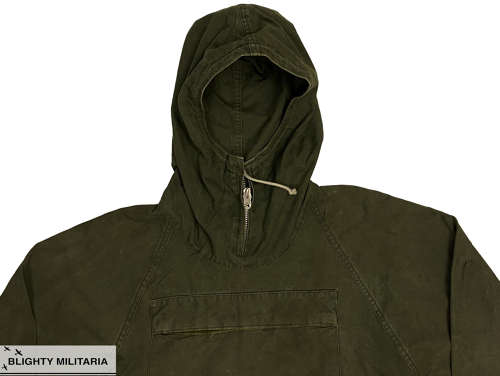 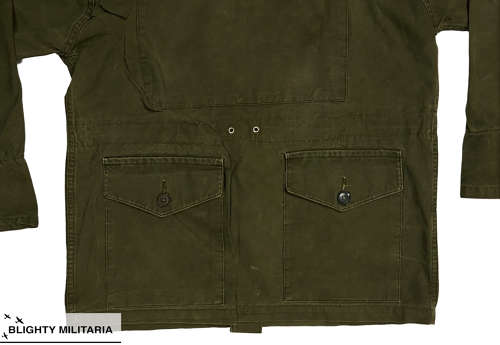 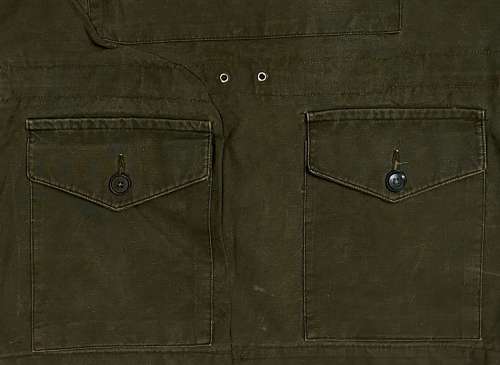 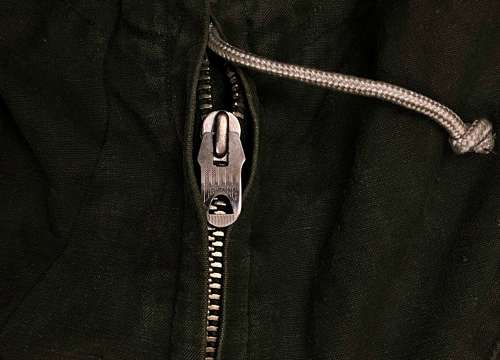 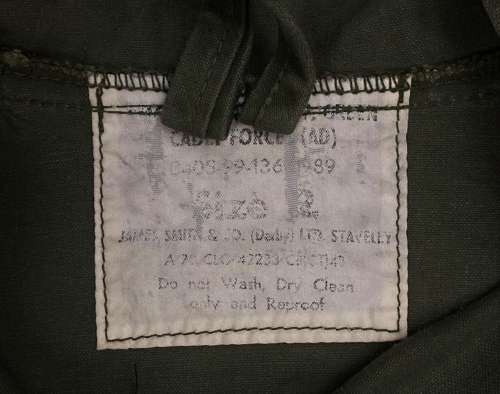 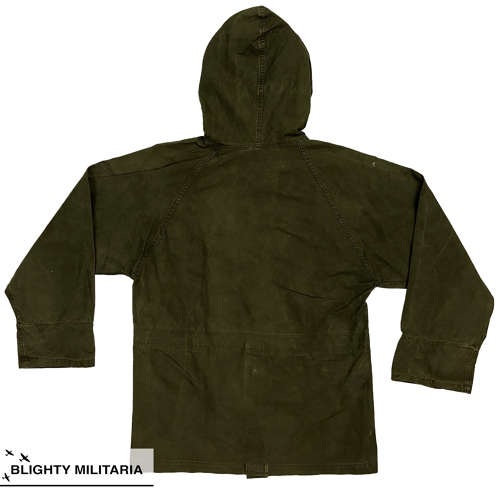 An original British Army Windproof Cadet Smock in a size 2, dating from 1974.

Inside the smock the original label is still present. It bears the size of 2 as well as the A/78 contract number which dates the smock to 1974. The maker's name of 'James Smith & CO (Derby)' is also present.

The overall condition of the smock is good with some signs of wear and use. It is still very wearable but has been altered in numerous places with a single line of stitching. This is evident in the picture so please take time to study them and bear in mind that this is a vintage, pre-worn item.

A reasonably good example of this pattern of smock which are quickly becoming very sought-after!