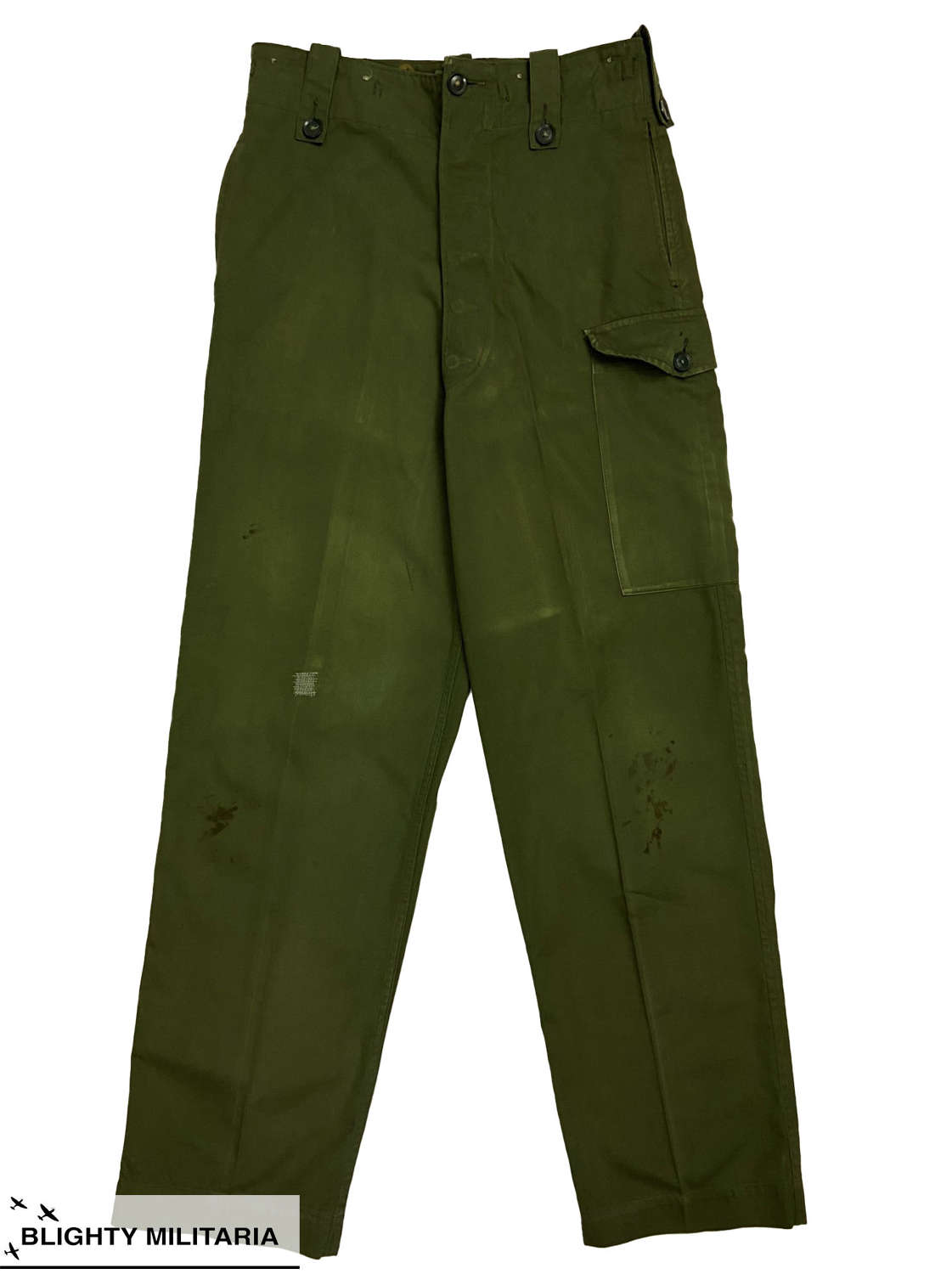 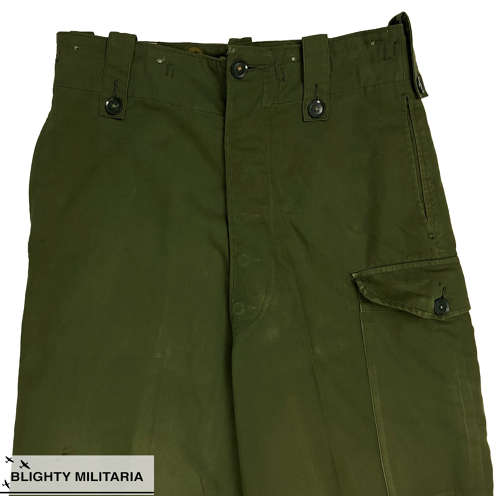 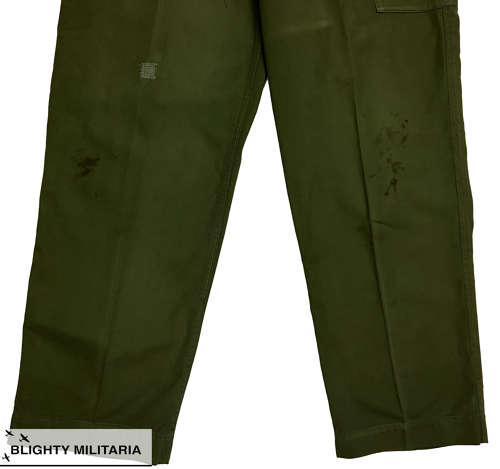 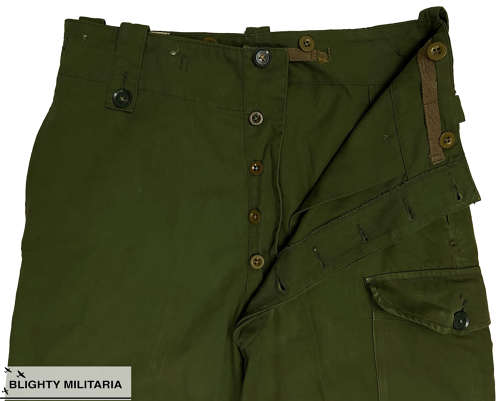 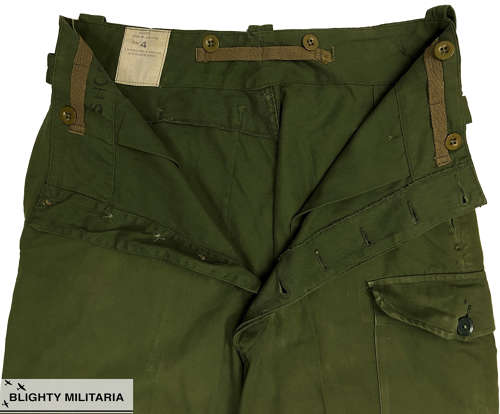 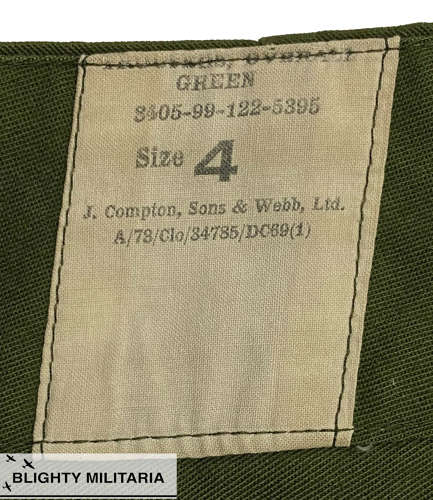 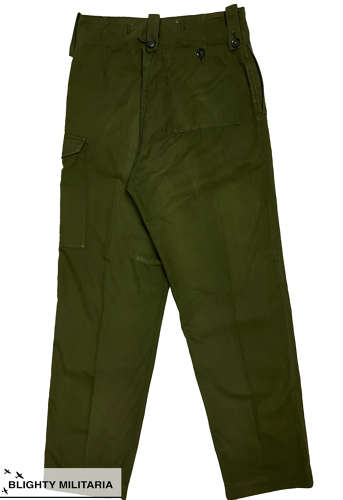 An original pair of 'Trousers Overall, Green' in a size No.4 and dating from 1971.

The trousers are made from a green coloured cotton drill and feature green-grey coloured plastic buttons, as are often encountered during this period as well as the standard green buttons used from 1943 onwards. Straight slash pockets are located to each hip and belt loops are positioned around the waist. The fly fastens with buttons and more buttons are located around the inside of the waistband to which braces can be attached. A large patch pocket is located to the rear which is a notable feature of this pattern of trousers and a map pocket is located to the side of the left leg.

The trousers retain their original label to the interior and it is still bright and legible. It states the size as 4 and bears the maker's name of 'J. Compton, Sons & Webb, Ltd'. The A/78 Contract number is also present and dates the trousers to 1971.

The trousers are in very good condition but show plenty of signs of wear and use and have some period repairs. They are still very wearable but please take time to study the pictures before purchasing and bear in mind that these are a pair of pre-owned, vintage trousers which may have small issues commensurate with age.