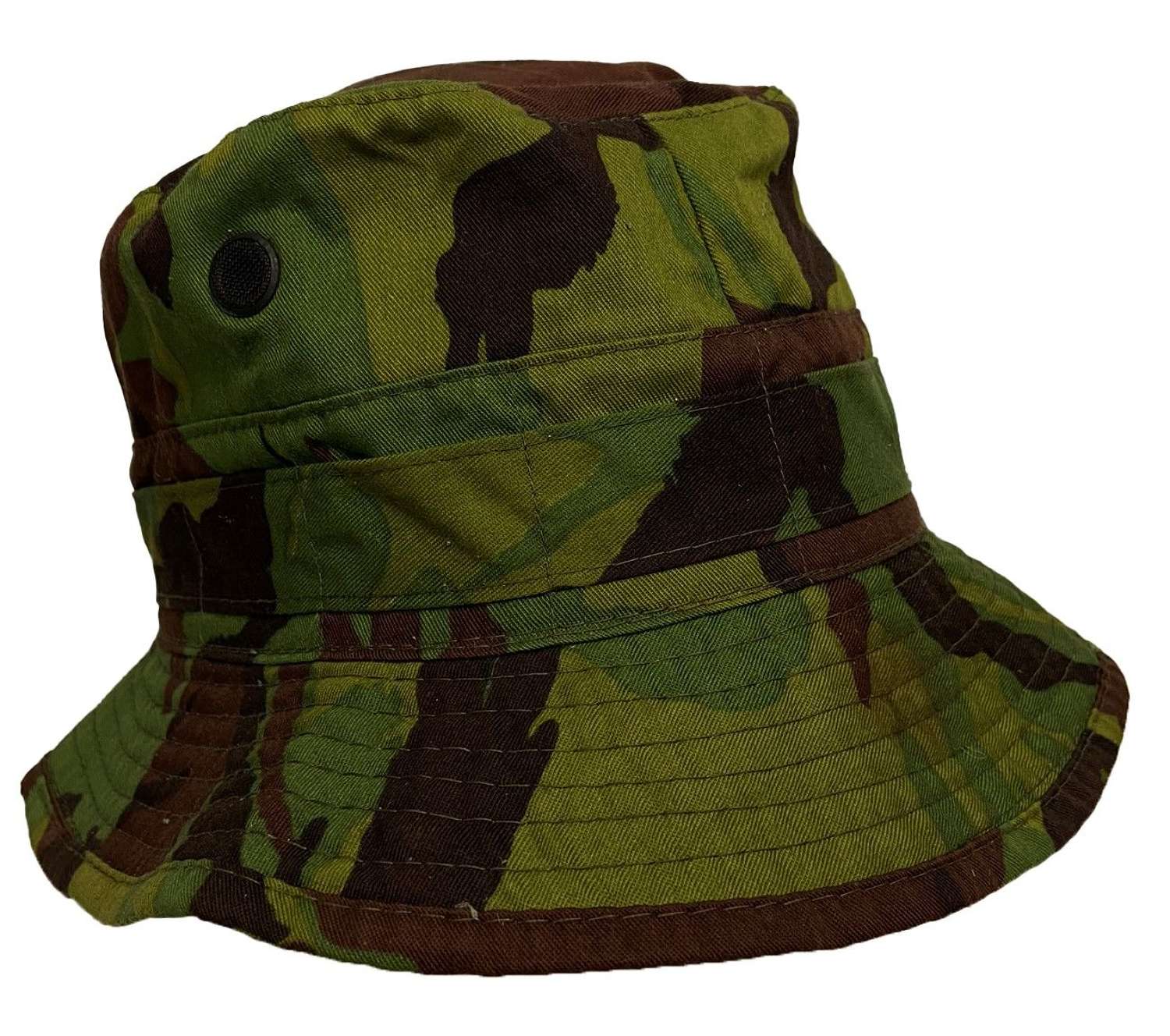 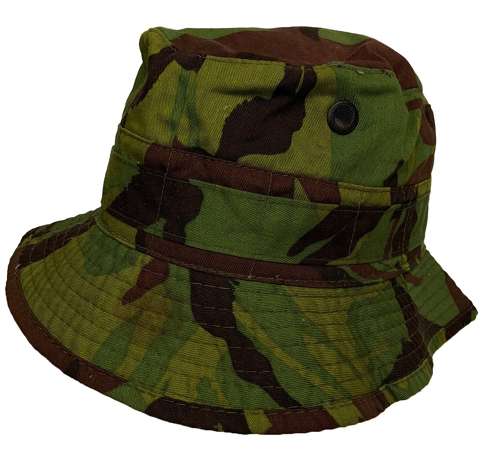 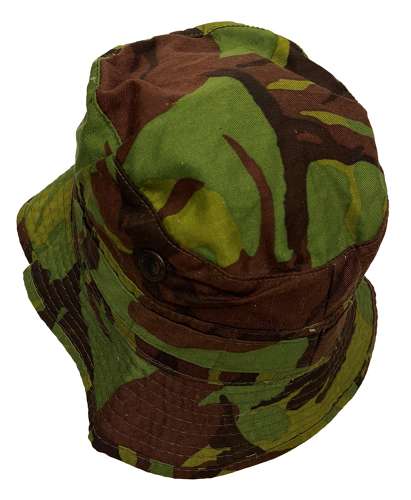 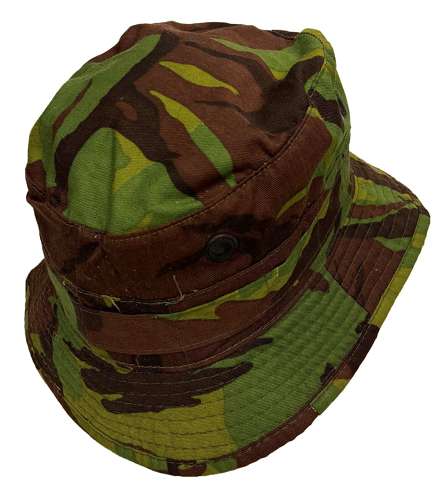 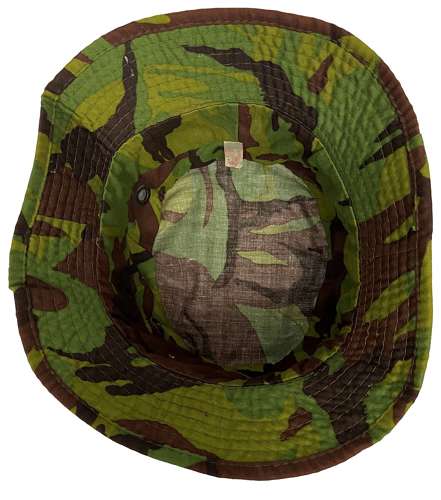 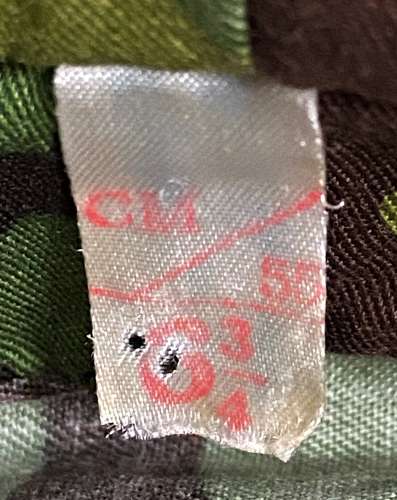 This example was made in the early 1970s based on the label which bears both the old and new style size. It is made from cotton which is screen printed with the DPM camouflage pattern. The peak is stitched for strength and vents are fitted to the side of the cap.

The original label is present inside the cap and bears the imperial size of 6 3/4 and the metric size of 55.

The cap is in good condition with some signs of wear and age. Please study the pictures before purchasing.

A nice original cap with a good label.