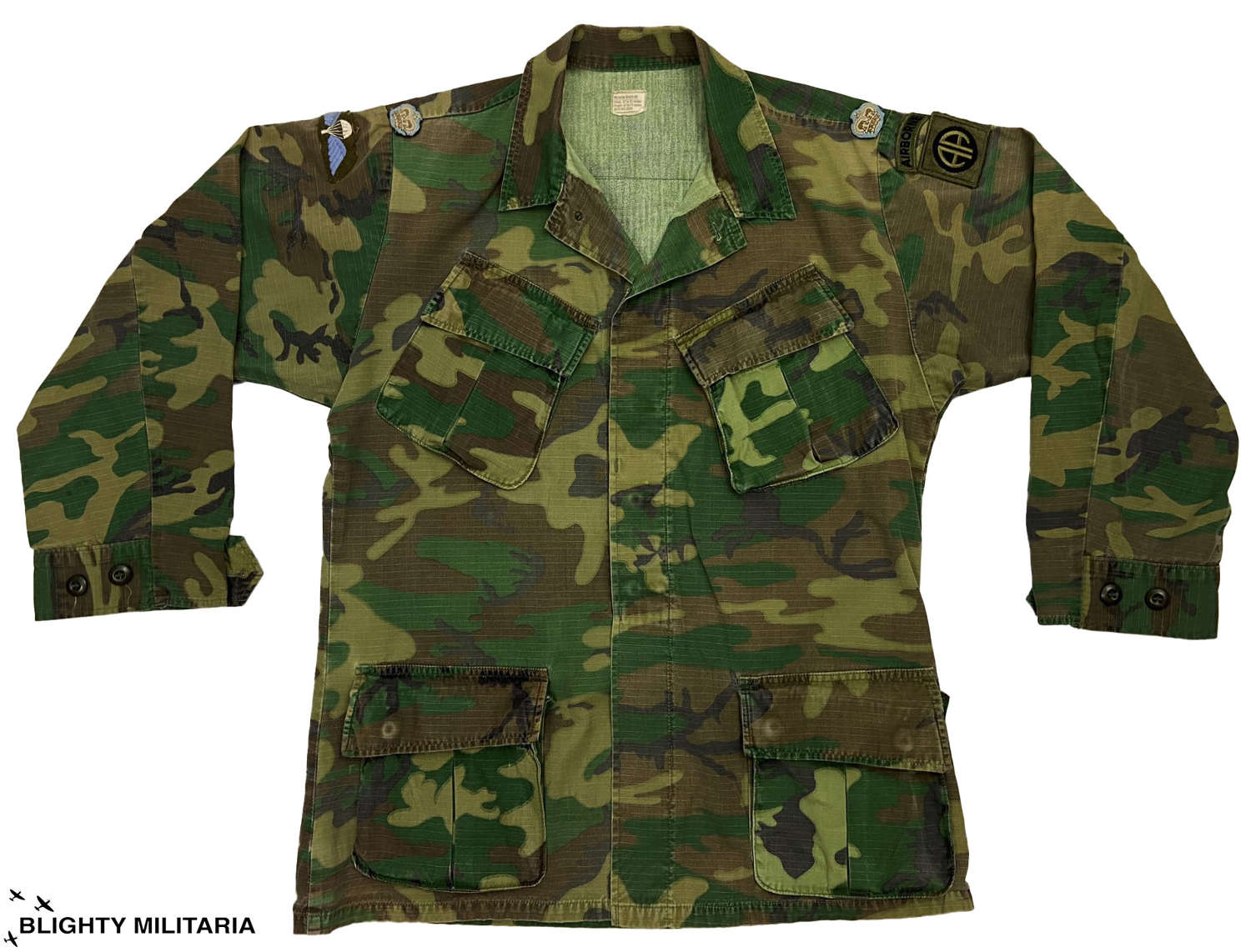 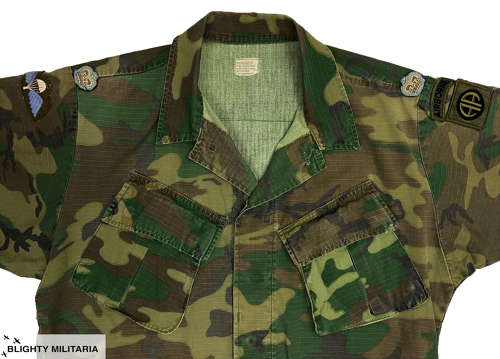 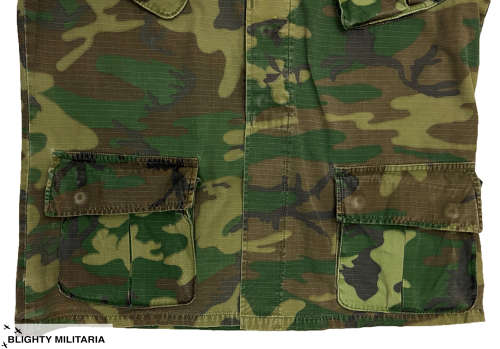 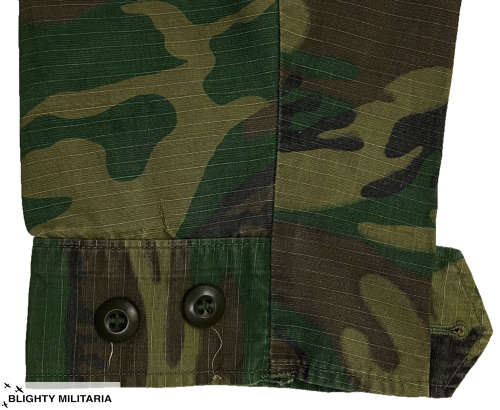 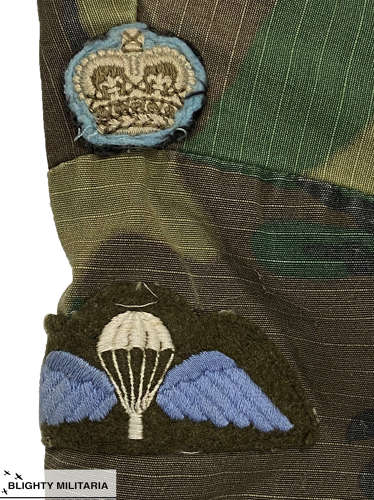 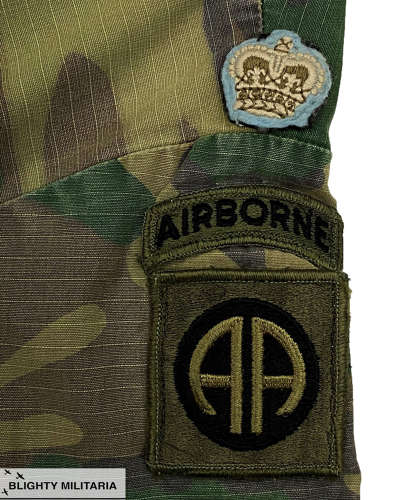 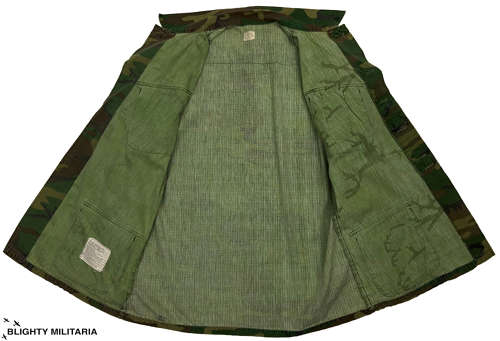 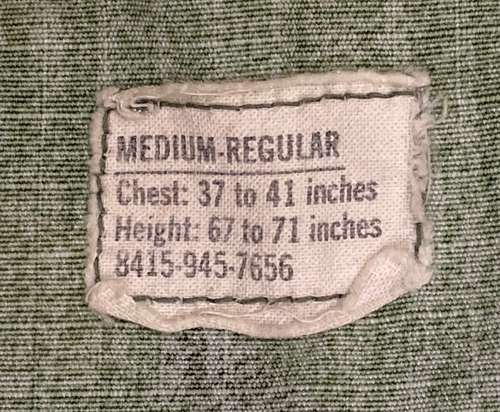 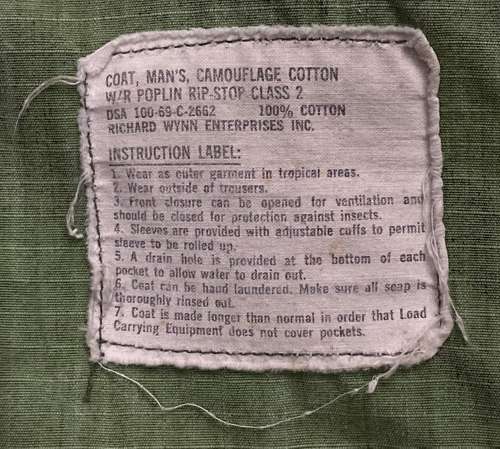 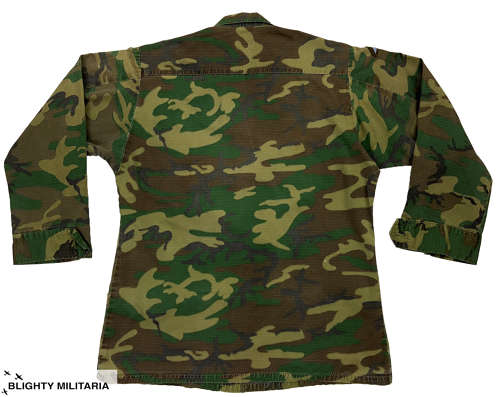 An original US Army green dominant 'lowland' ERDL camouflage which belonged to a Major of the Parachute Regiment.

This pattern of camouflage was developed by the US military in 1948 although did not see use until the Vietnam War. It was issued to a variety of units throughout the war and stayed in use with some units, including the 82nd Airborne throughout the 1970s until it was replaced by BDU's in 1981.

This example belonged to a Major who clearly had a long and interesting career. I also have his denison smock for sale which looks to have been used whilst attached to the Canadian Airborne. This shirt almost certainly dates from the original owners time with the 82nd Airborne, possibly whilst on an officer exchange scheme. The shirt is fitted with subdued 82nd Airborne badges to the top left sleeve, Queen's Crown Major crowns to each shoulder and British parachute jump wings to the top of the left sleeve. Certainly an interesting mix and guaranteed to be original.

The overall condition is good as can be seen in the pictures. It shows signs of wear and use but on the whole displays well and is very wearable. Please study the pictures before purchasing.