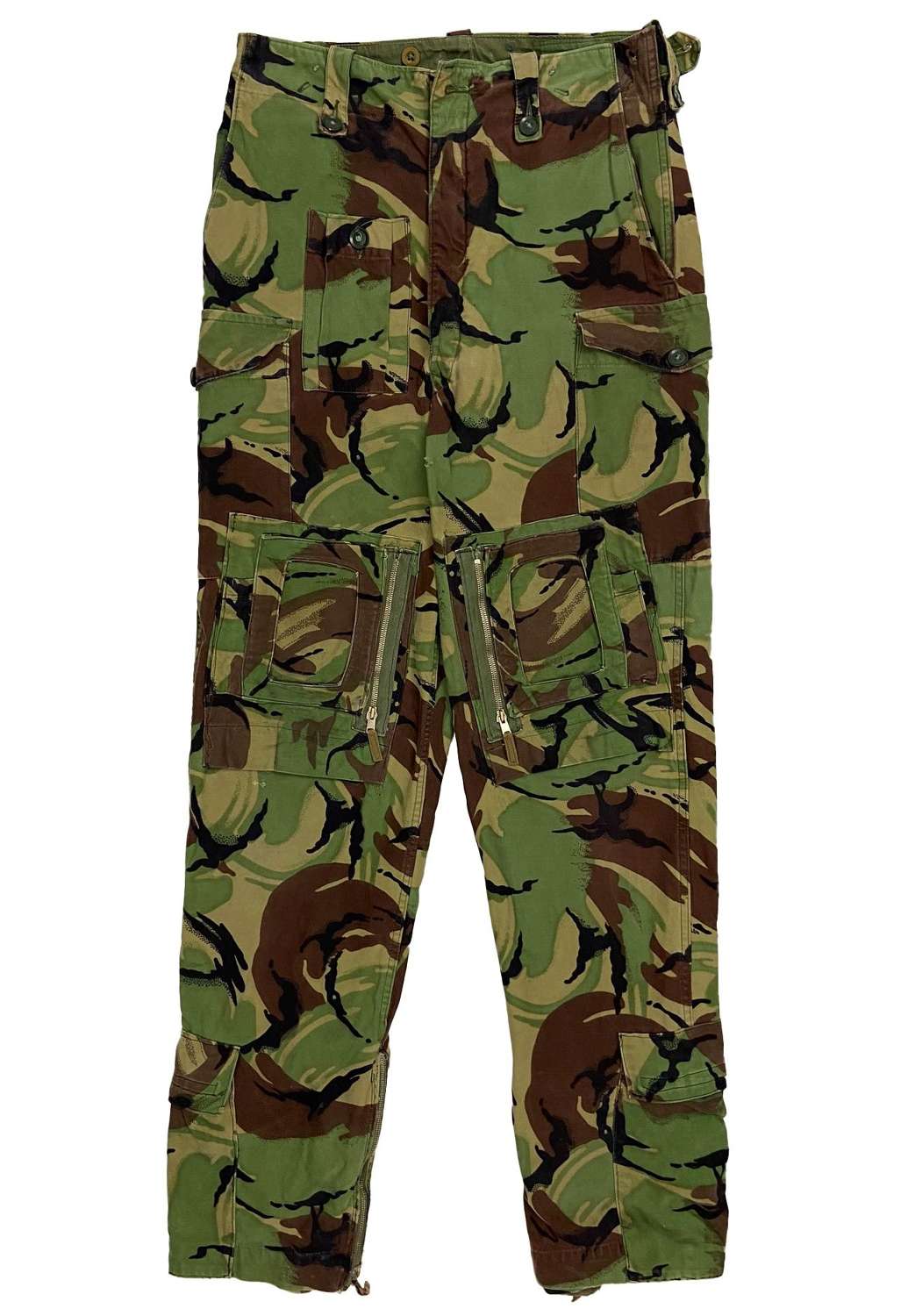 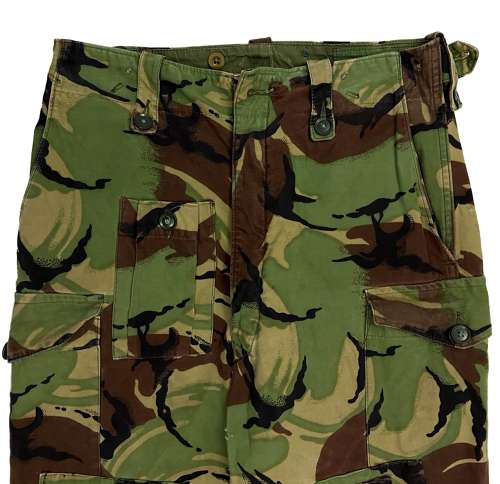 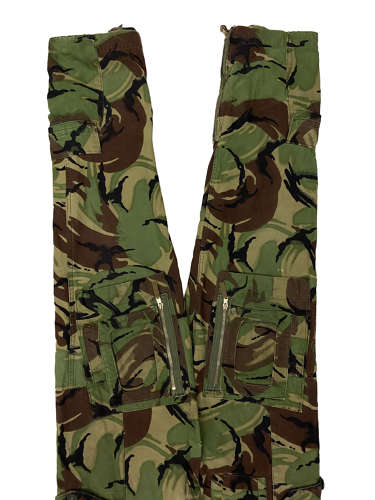 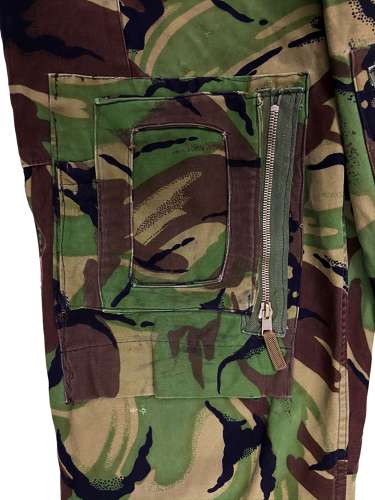 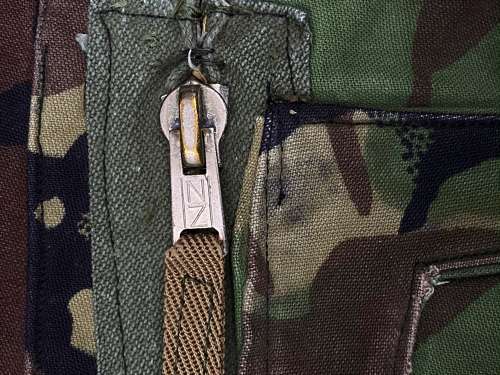 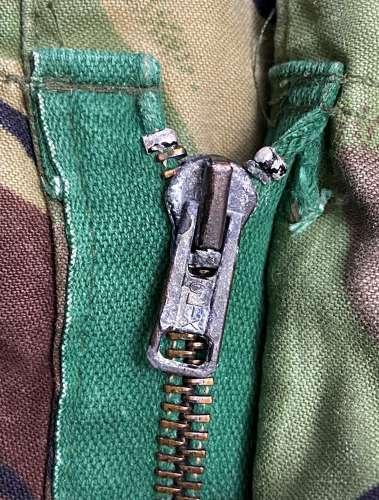 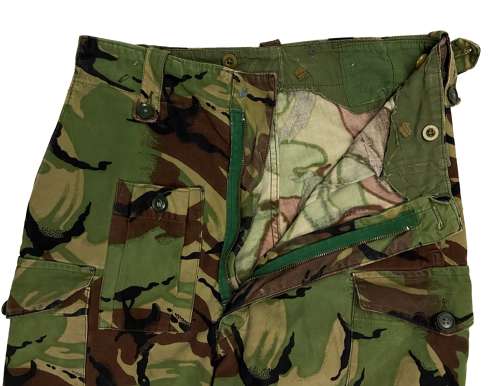 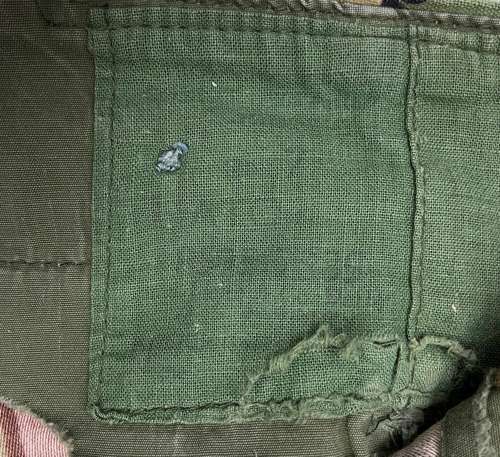 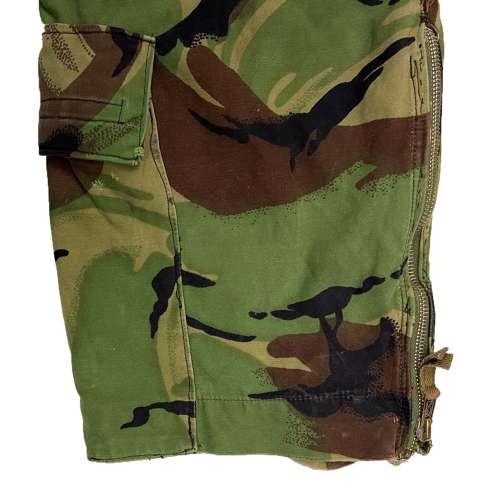 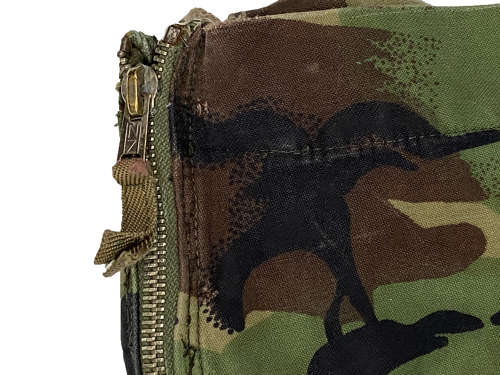 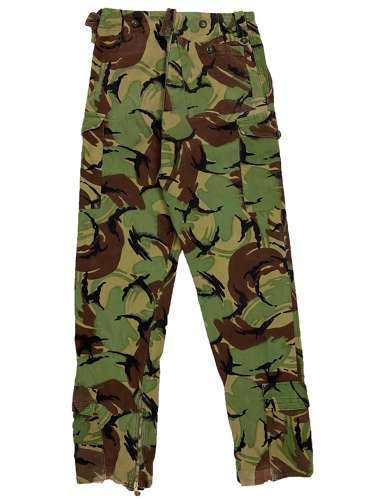 These trousers were made to be worn with the DPM Combat Jacket and formed part of the field uniform used by The British Army during the 70-80s. This particular pair are an earlier example as they feature the metal ‘NZ’ zipper. Later examples tend to have plastic zippers made by companies such as ‘Opti’ or similar.

The trousers feature pockets to the side of each leg which is a feature that has become synonymous with combat trousers. They also feature a First Field Dressing pocket to the front and belt loops around the waist. Brace buttons are present inside the trousers as is the original issue label which bares details including the size, manufacturers name and washing instructions.

The trousers are made from a cotton material which has the DPM pattern printed onto it. The inside of the trousers are lined for warmth to below the knee.

The overall condition of the trousers appears to be good and they display well. They are of course a vintage pre-worn item, so please study the pictures as they form part of the description.

A good pair of original trousers with some fantastic modifications!