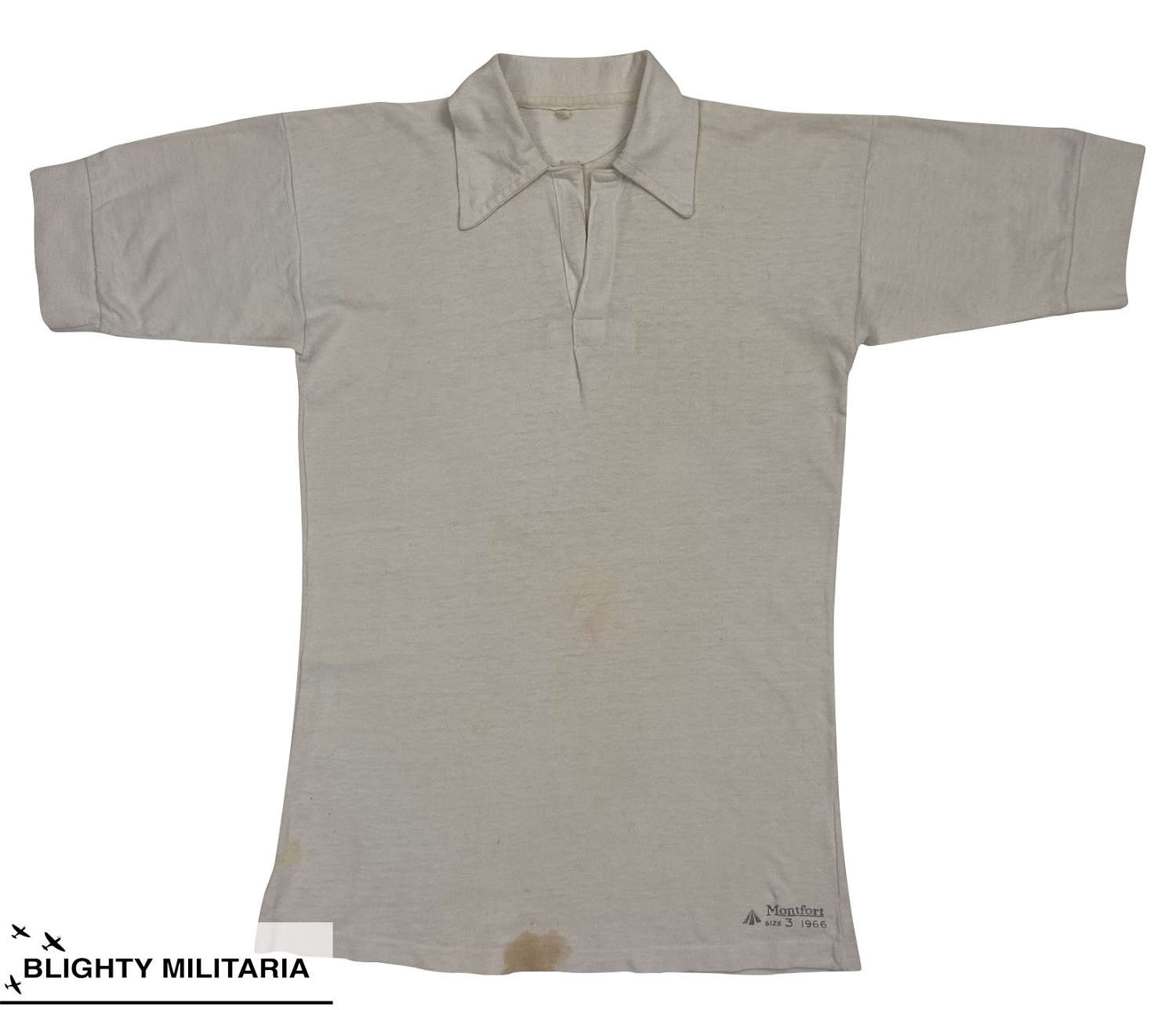 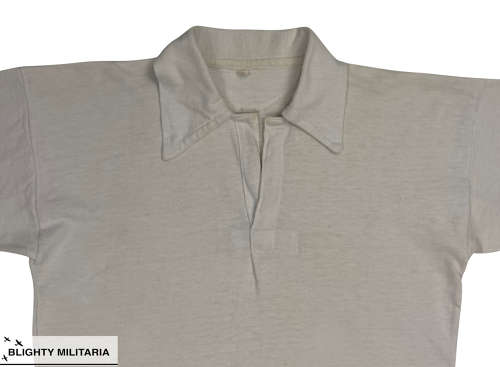 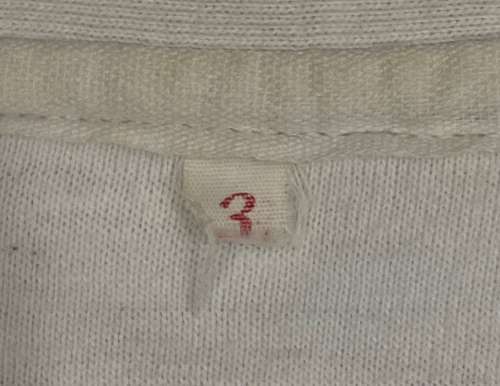 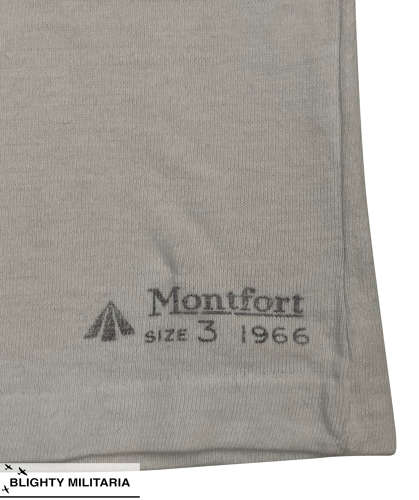 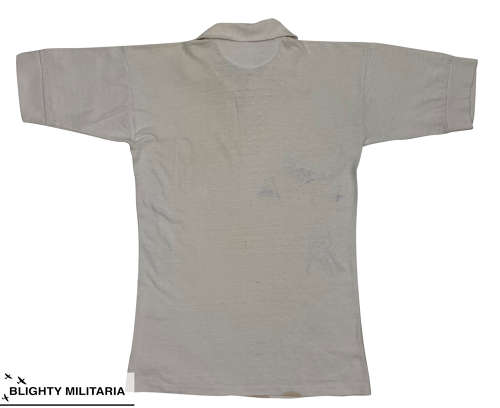 An original British military sports shirt made by 'Montfort' in 1966.

This sports shirt was most likely an issue Physical Training top originally or used for sports. It is made from a white coloured cotton jersey material which is both breathable and stretchy. The design is typical of polo shirts from the 1940s and 1950s and it could easily pass as earlier than 1966. It features an opening at the neck which is plain and doesn't fasten with buttons or similar, and a stand and fall collar.

Towards the bottom of the front of the garment is a printed marking which bears the manufacturers name of 'Montfort' and the 1966 date. As well as this is the size of 3 and the War Department broad arrow marking. A small label is located inside the collar of the shirt and features the number 3 which pertains to size.

Due to the material, the shirt will stretch out over the wearers body meaning it will most likely suit around a 36" chest. When laid flat it measures -

The shirt is in good condition overall and is still very wearable. There is some staining however which can be seen in the picture. Please study the pictures before purchasing.

A nice original British sports top with some great details!