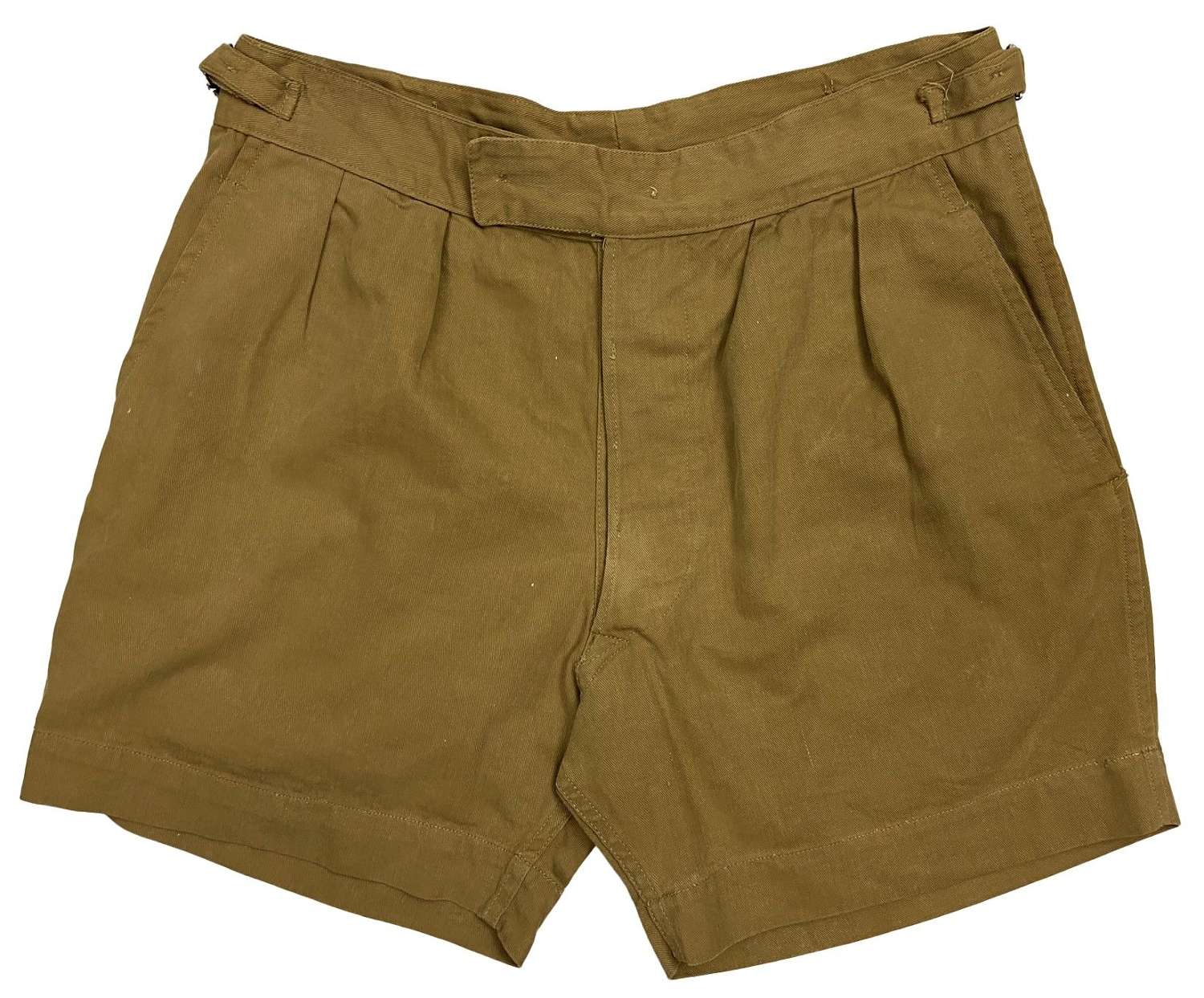 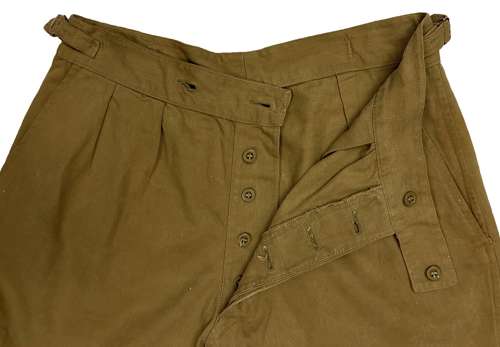 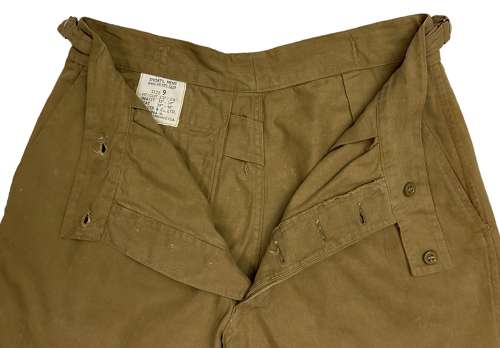 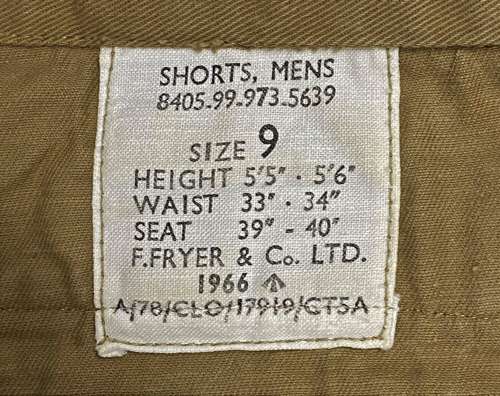 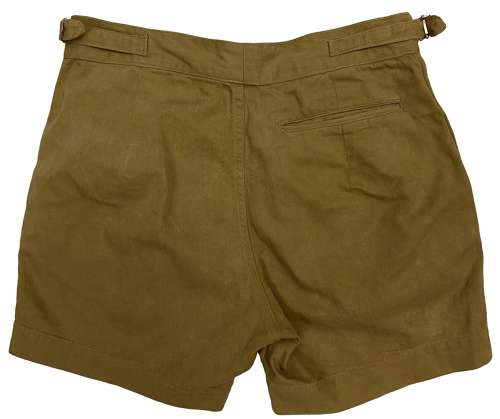 Officially designated 'Shorts, Men's', these shorts are standard issue for the 1960s. Like their early predecessors they are made from a tan coloured cotton drill and feature a button fly. They are much shorter in the leg than those from earlier decades and feature angled slash pockets to the hips and a single welt pocket to the rear. Waist adjusters can be found to each hip.

The shorts retain their original label which states the size as 9 and the manufacturer as 'F. Fryer & Co Ltd'. The 1966 date is also present as is the War Department broad arrow marking.

The shorts are in good, wearable condition and display well. They have some signs of wear and use as can be seen in the pictures.

All in all a nice pair of original British military shorts, complete with their original label.