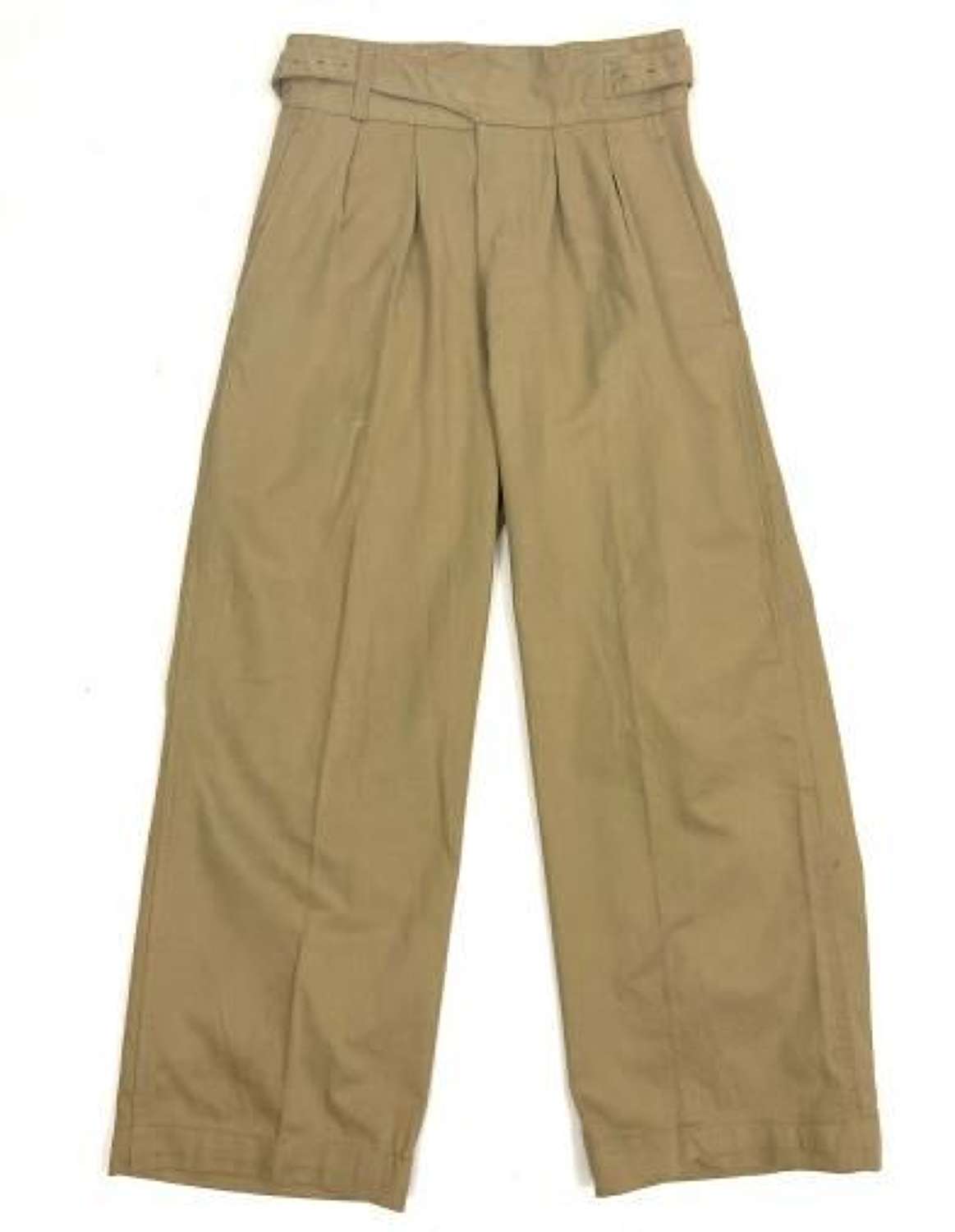 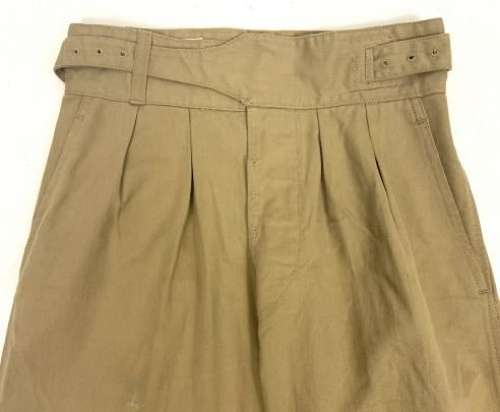 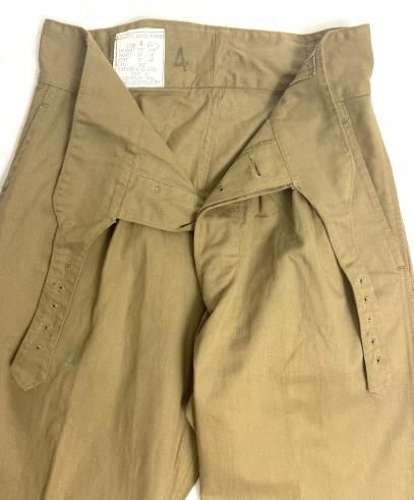 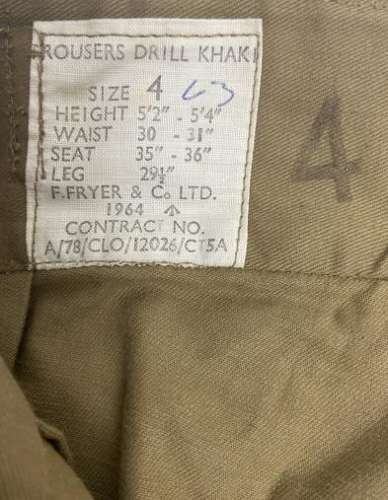 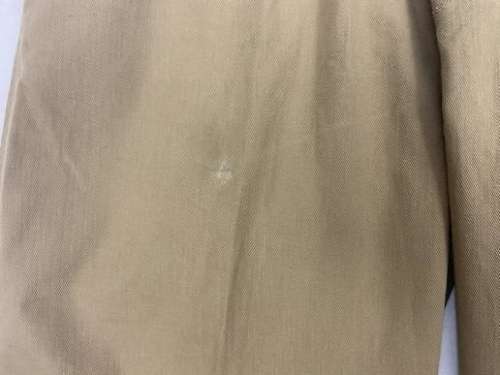 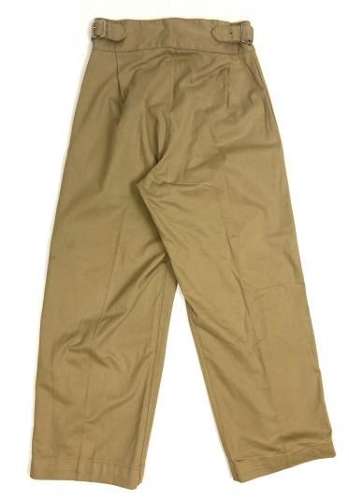 This pattern of trousers came into issue with the British Army and RAF towards the end of the Second World War and feature the cross belt closure to the waist and slash pockets to the hips.

This particular pair of trousers are a later example being dated 1964. They are however made from the same cotton drill material as the earlier examples and feature all the same details such as hand stitched button holes and chromium plated waist buckles.

The original label is still present inside the trousers and states them as 'Trousers Drill Khaki' and were made by 'F. Fryer & Co Ltd; in 1964. The War Department broad arrow is present as is the size which is stated as 4 and has various details as to the fit.

The trousers are in extremely good condition for their age with little to no signs of wear. The only flaw I can find is a small stain to the right leg as detailed in the pictures. It is quite possible that this will come out with careful cleaning. Overall they are in nice condition.