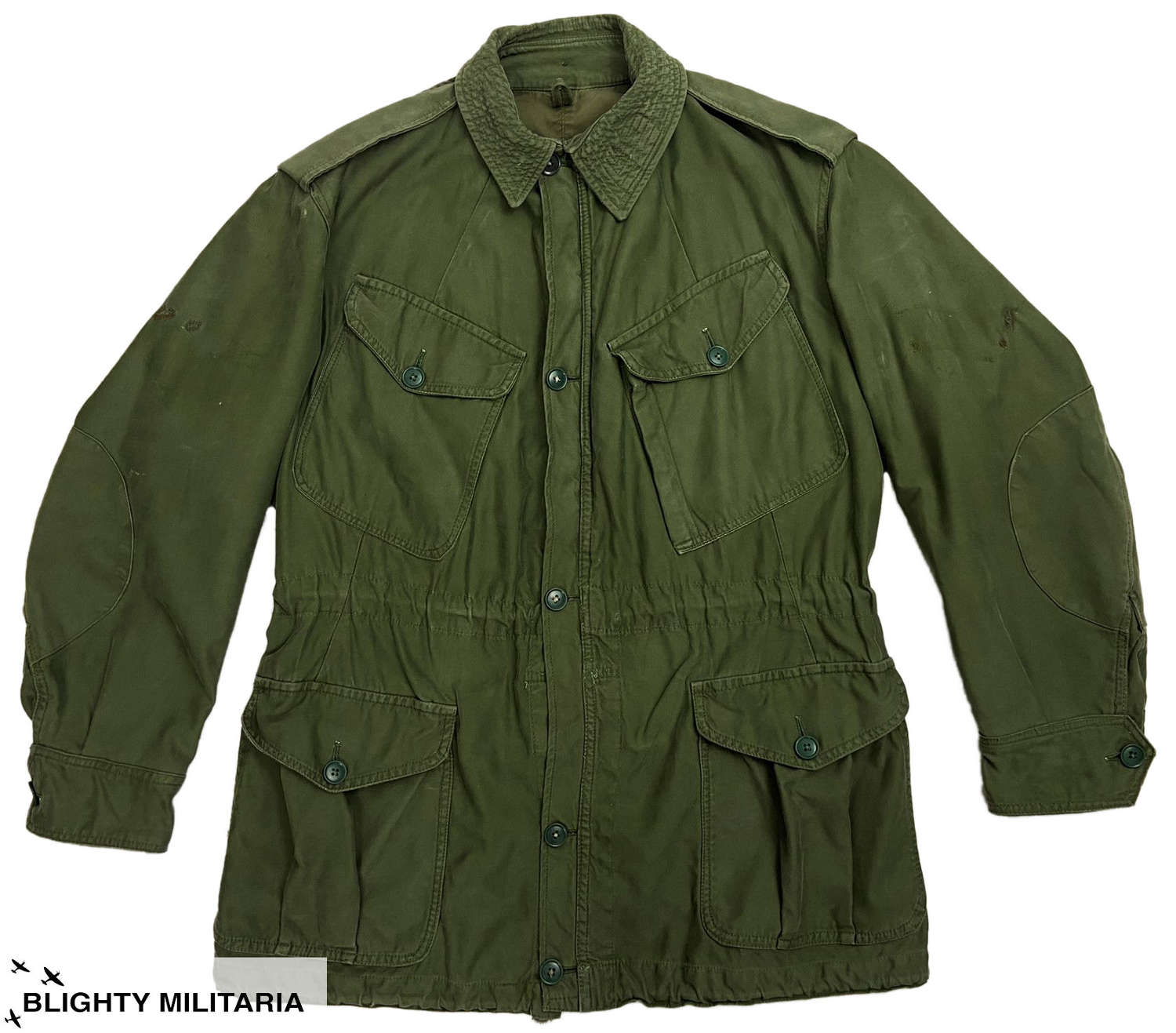 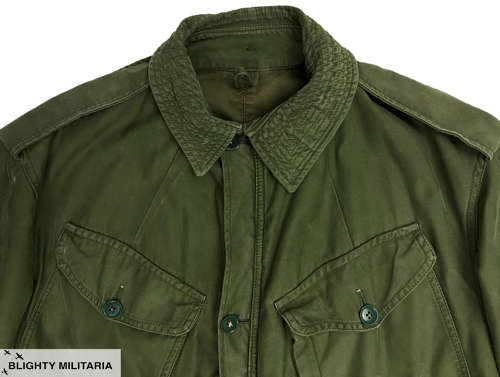 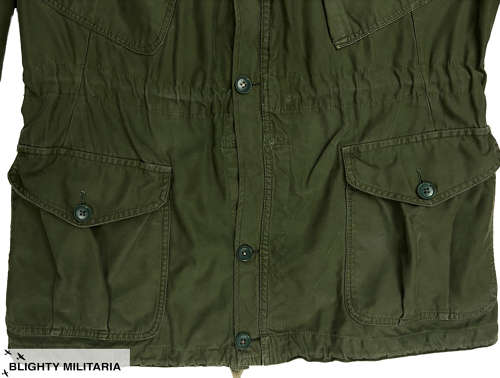 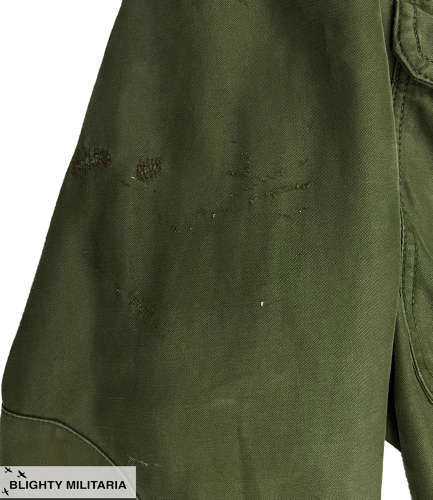 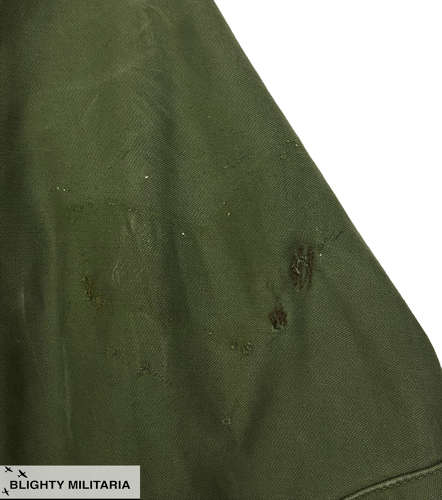 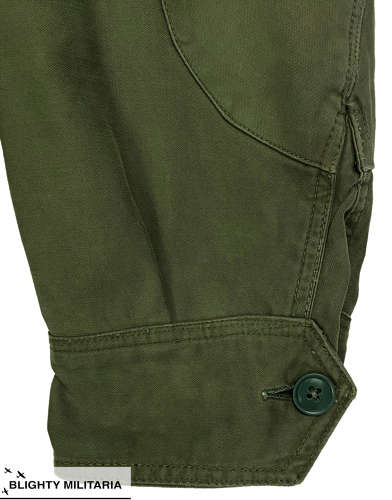 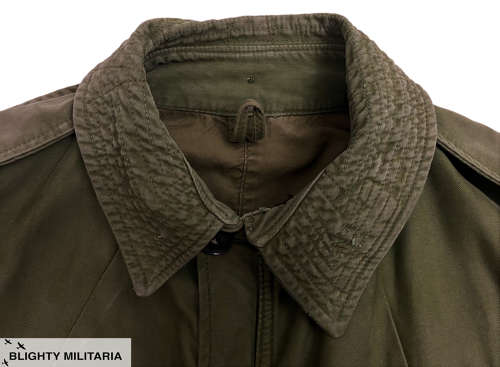 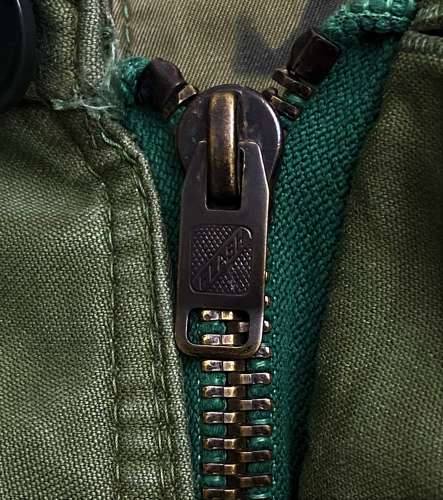 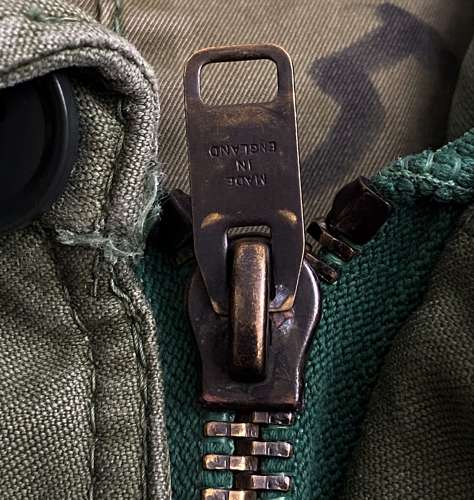 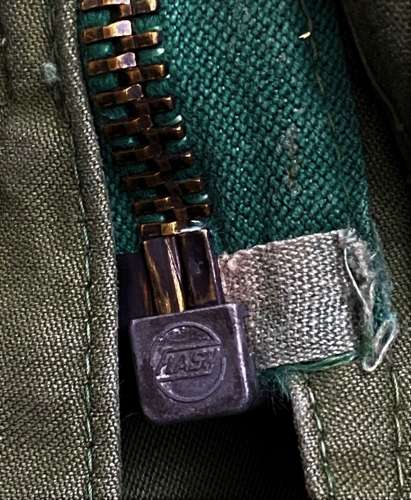 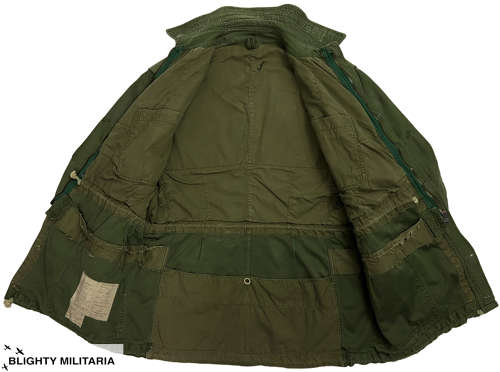 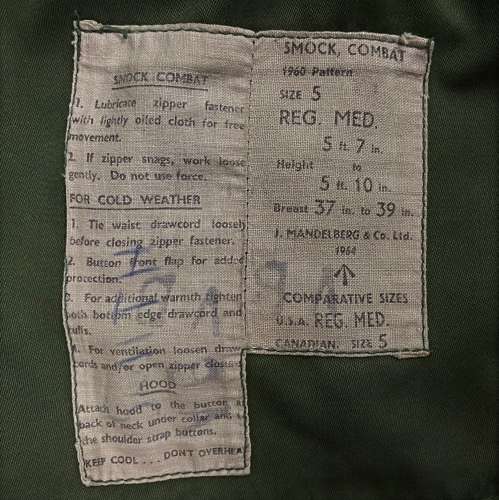 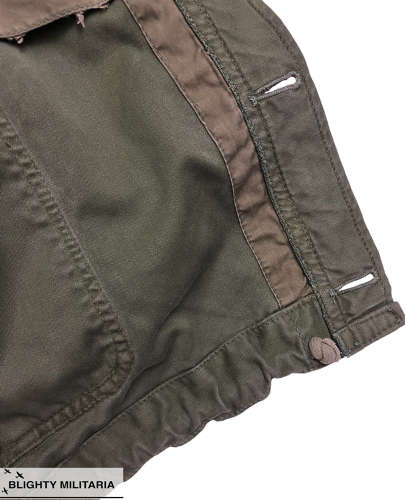 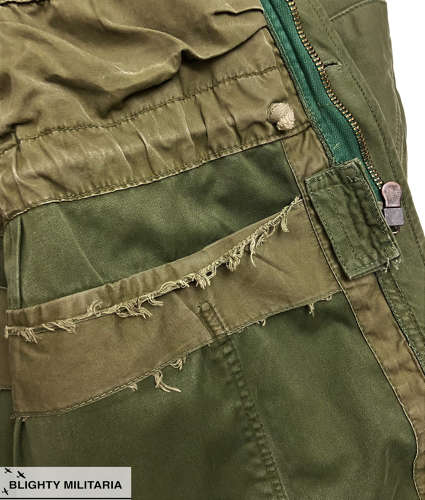 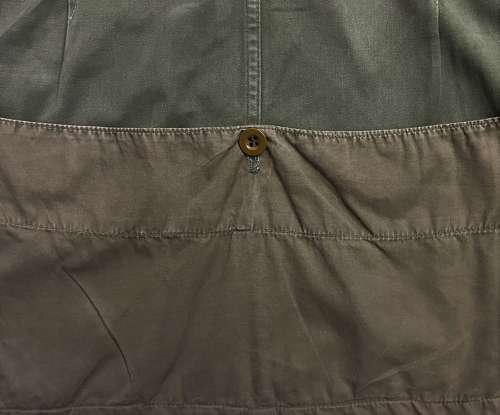 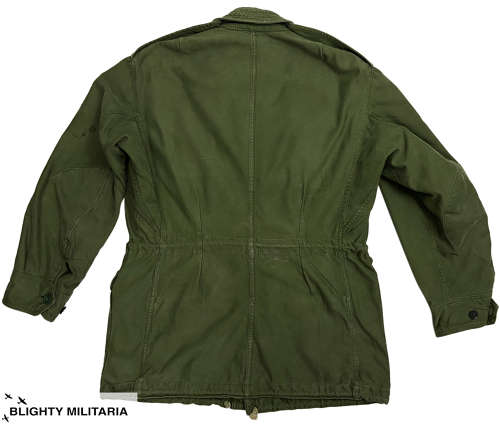 The smock is made from a dark olive green coloured cotton sateen and features patch pockets to the chest and lower pockets which have a box pleat to allow them to expand. Long sleeves end in a buttoning barrel cuff whilst the elbow features a double layer reinforcement. The left breast pocket features a stitched section to allow a pen to be held.Both the bottom drawstring and waist drawstrings are still present.

The front of the jacket fastens with an 'Flash' branded zipper, as are commonly found on combat jackets made during this period. The reverse of the zip is marked 'Made in England'. The jacket has been fitted with corporal stripes at some stage and there is clear evidence of where they have been removed.

Inside the jacket the features a poachers pocket which fastens with a single green coloured plastic button. Two original labels are present including the manufacturer's label which bears the title 'Smock Combat 1960 Pattern' and the size of 5. The maker's name of 'J Mandelberg & Co. Ltd' is also present, as is the 1964 date and the War Department broad arrow marking.