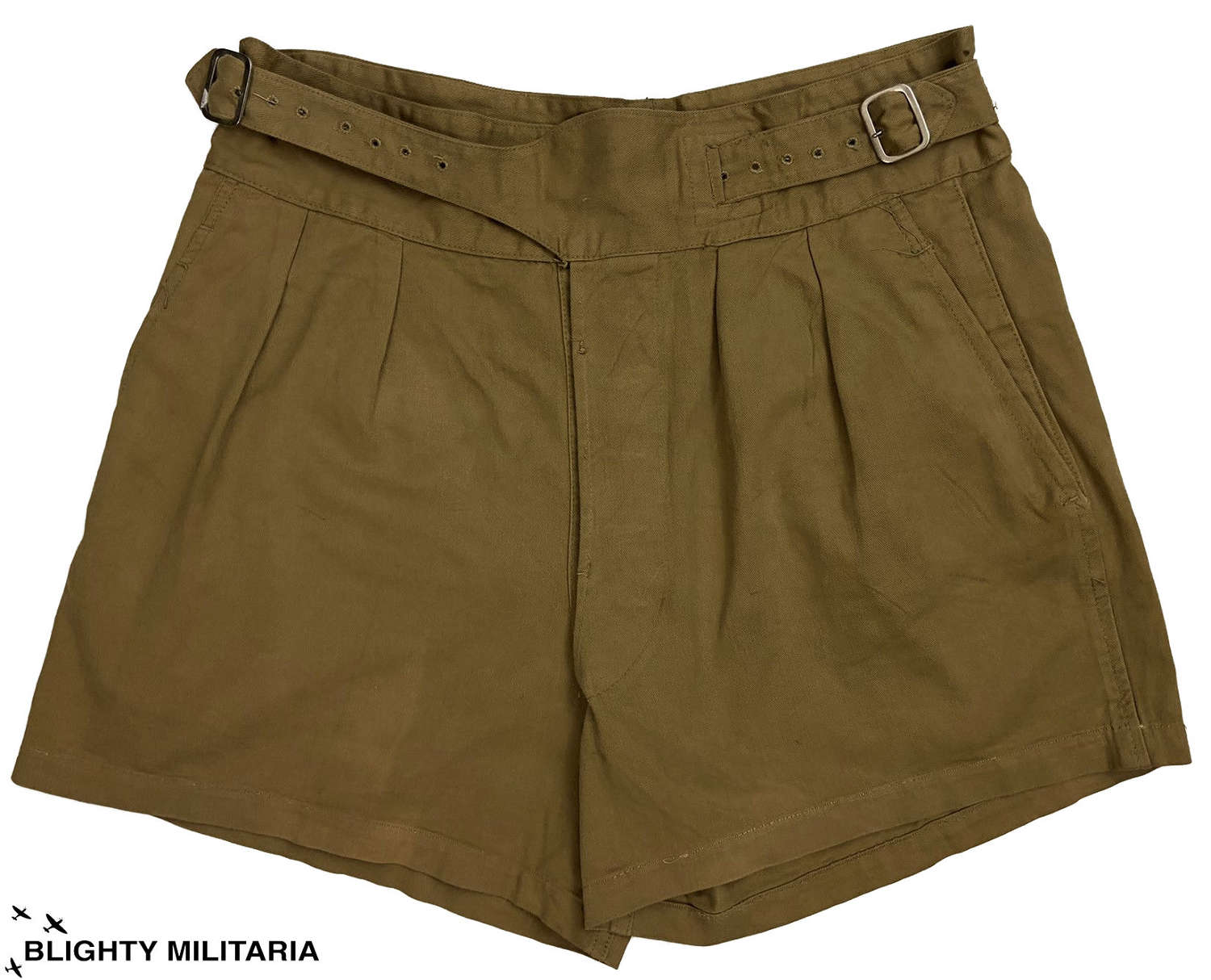 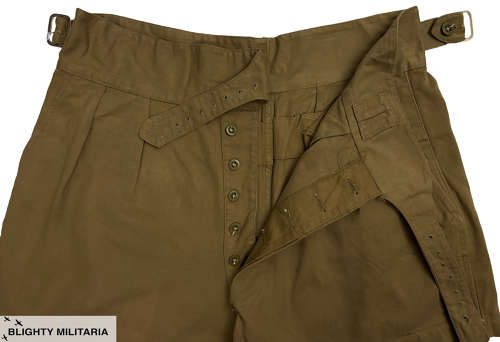 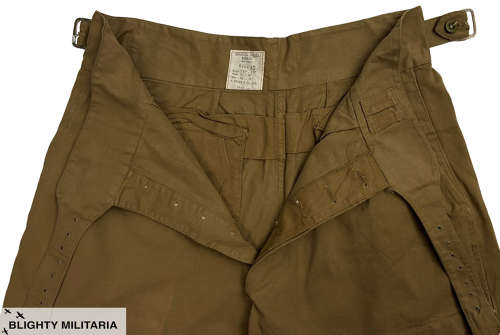 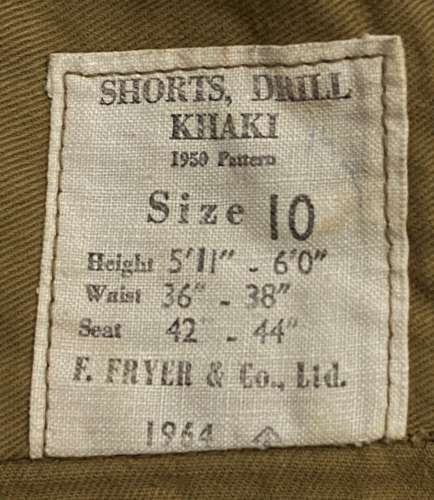 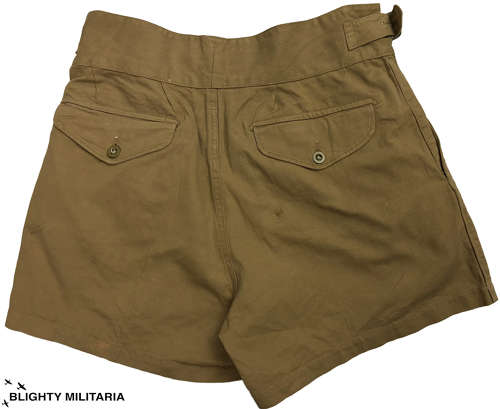 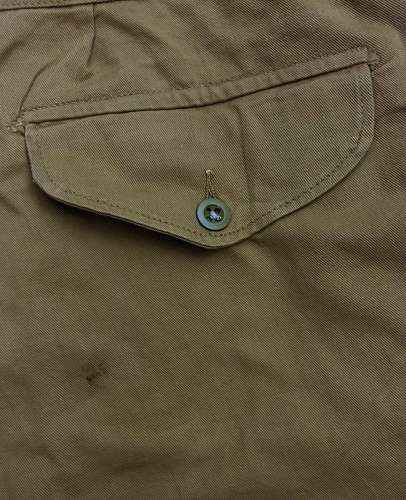 Inside the shorts retain their original maker's label which is bright and reasonably legible. It states the size as 10 and the year of manufacture appears to be 1964. The maker's name of 'F. Fryer Ltd' is also present as is the War Department broad arrow marking.

Due to the style of the waistband the shorts are slightly adjustable and will suit around a 34" waist. When fastened they measure -