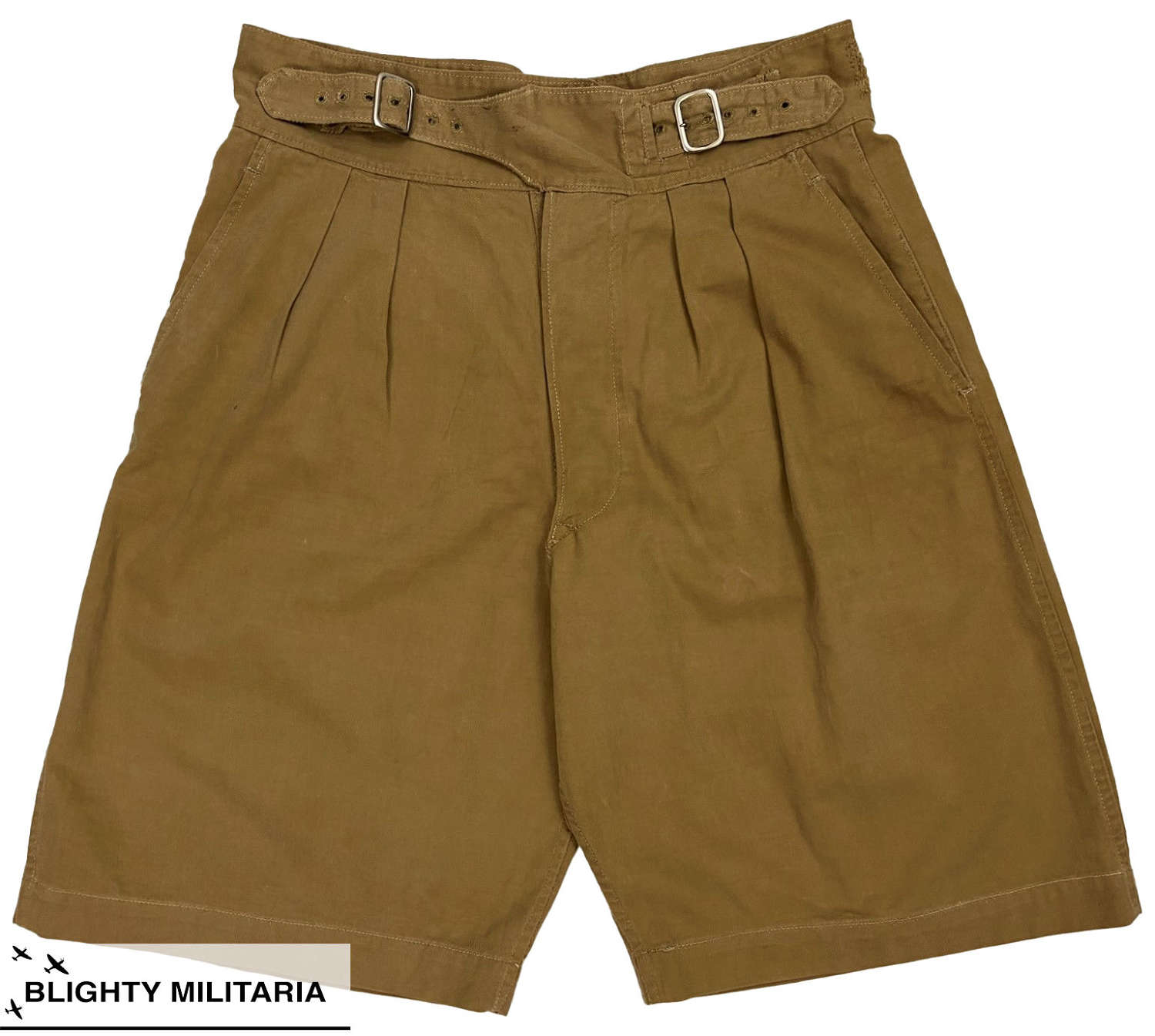 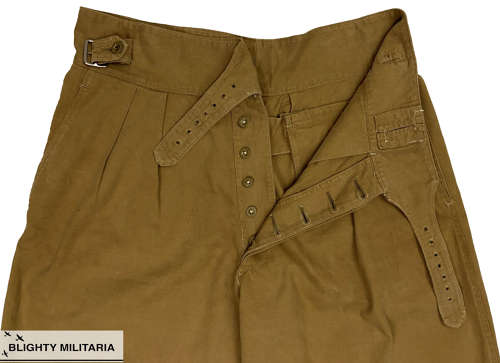 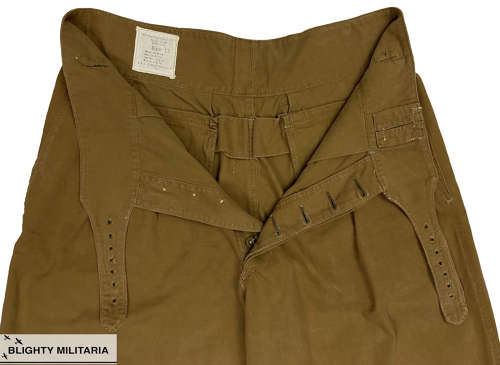 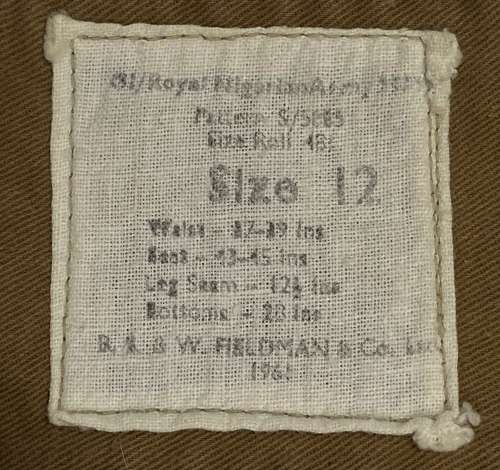 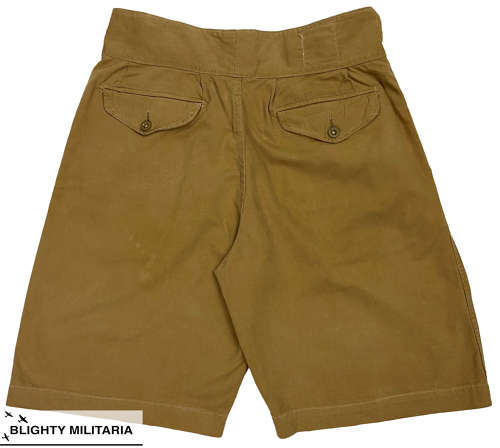 The shorts feature the cross belt closure and come complete with their original chrome plate buckles. These are removable for washing purposes and are often missing from shorts and trousers offered on the market today. The position of the buckles has been changed by moving them from the side of the hip to further around to the front of the shorts. This is a modification which was carried out from time to time.

Inside the shorts retain their original maker's label which is still partly legible and states the size as 12 and the year of manufacture as 1961. The maker's name of 'W. Fieldman & Co., Ltd' is also present.

The shorts are in good condition as can be seen in the pictures. Overall the shorts appear to be very clean and are totally wearable but please study the pictures and bear in mind that these are pre-owned, vintage shorts which may have small issues commensurate with age.