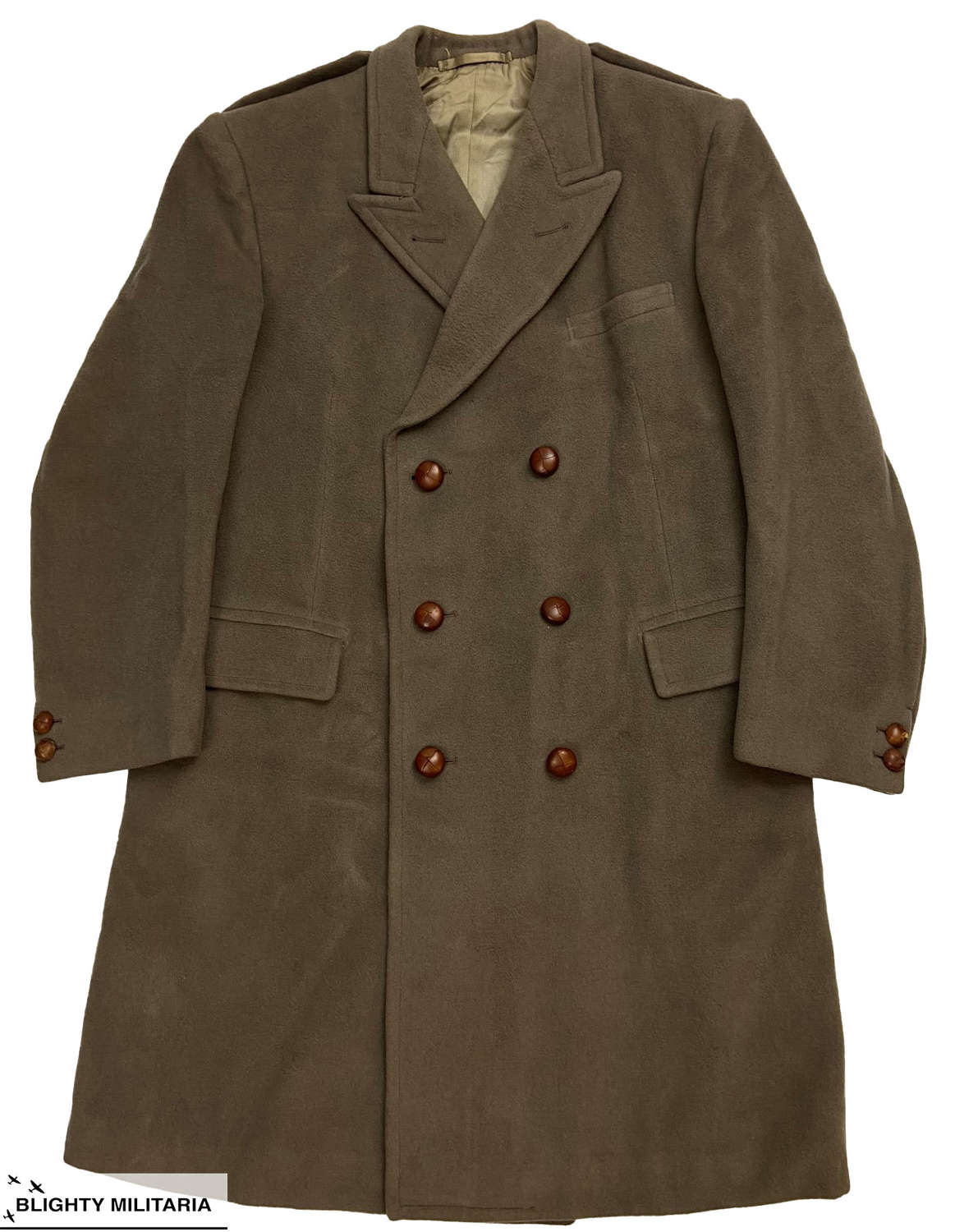 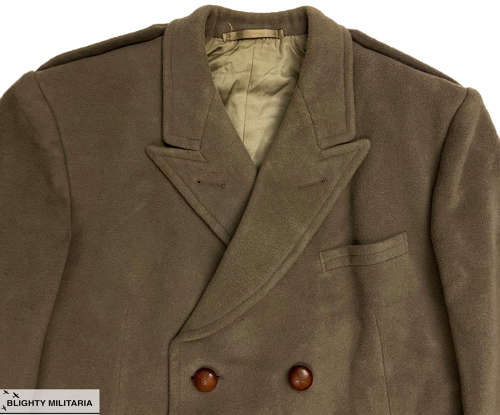 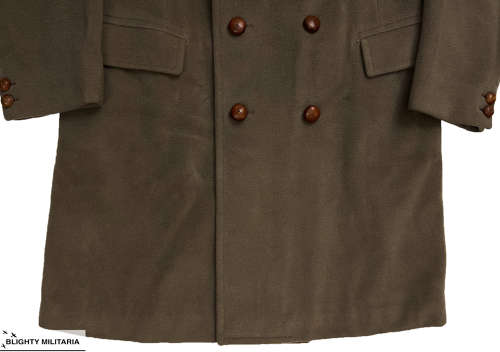 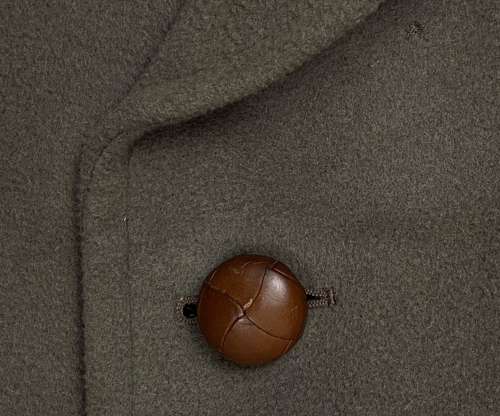 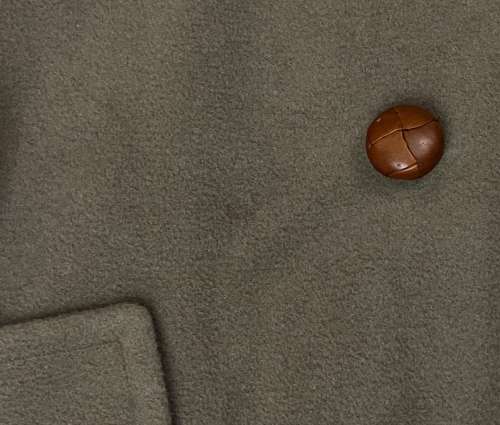 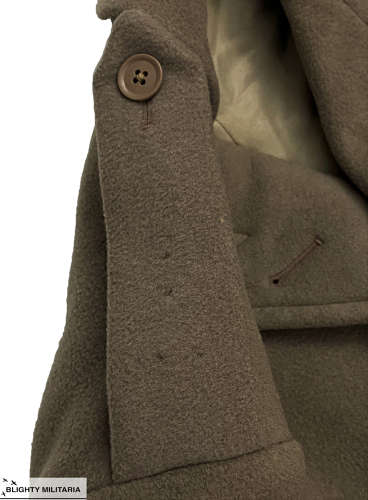 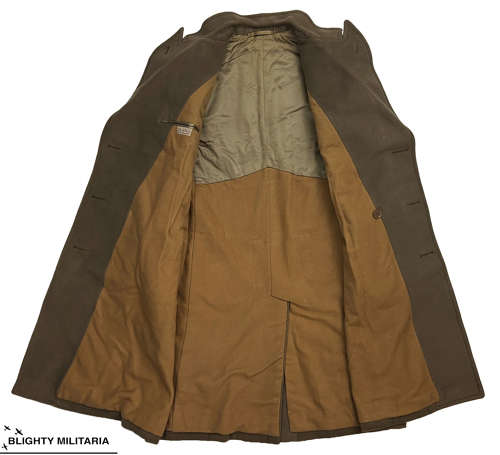 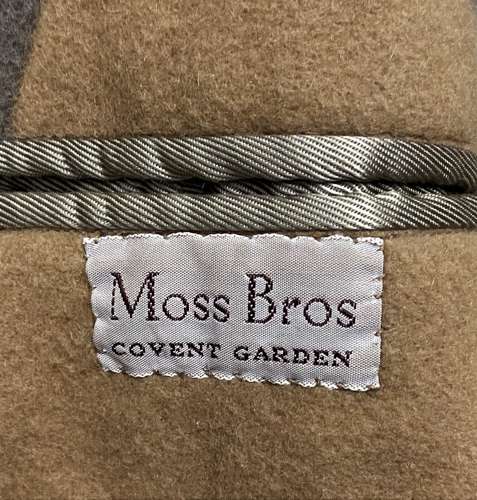 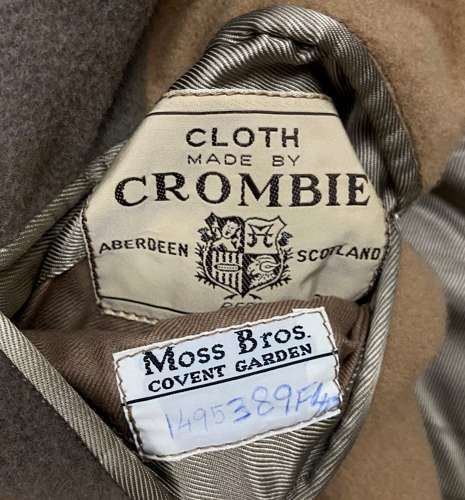 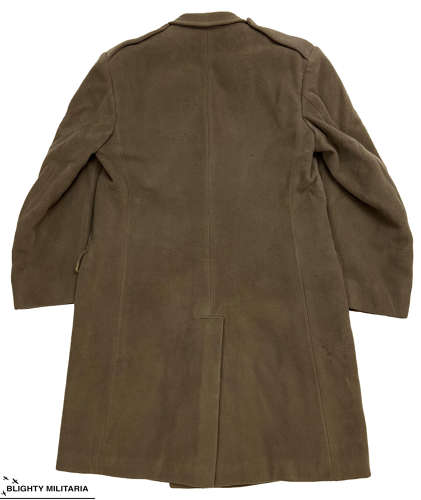 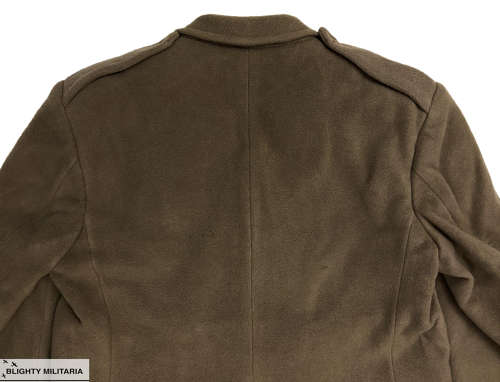 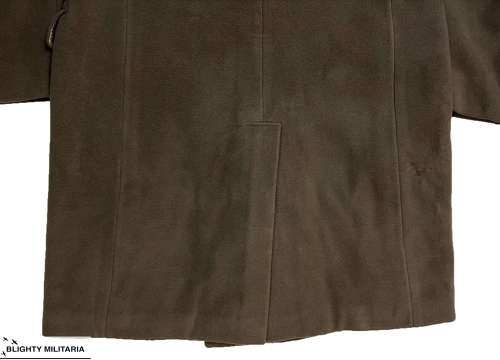 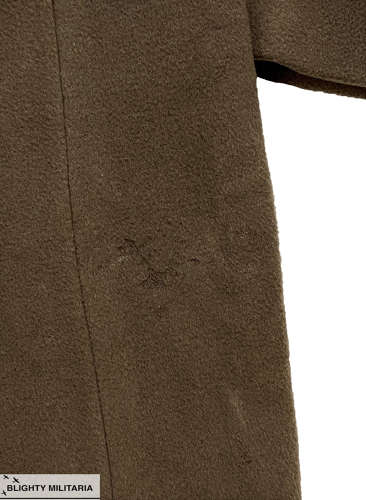 An original British Army Officers Warm made by Moss Bros in the 1960s.

This style of coat was first worn by British Officers during the Great War. It remained an option for British Army officers for many years but was most popular during the 1950s and 1960s. This example was clearly worn by an officer as there is clear evidence of where rank badges have previously been fitted to the epaulettes.

The coat is made from a heavy, camel coloured combie cloth which has become an iconic British staple. It features a double breasted front which fastens with leather 'football' buttons and has peaked lapels. A breasted pocket is located to the chest and flapped lower pockets are also present. The interior is fully lined with wool making this a very warm coat!

Inside the coat is a single interior pocket below which is the makers label which bears the name 'Moss Bros'. Inside the pocket are two more labels including a large label which reads 'Cloth made by Crombie Aberdeen Scotland'.

The overall condition of the coat is good and it is still very wearable. There is no serious damage or staining although there are areas of moth grazing, the worst of which I have detailed in the pictures. Please take time to study them and bear in mind that this is a vintage, pre-worn coat which has small issues commensurate with age.

A classic British winter coat which is of a very high quality.