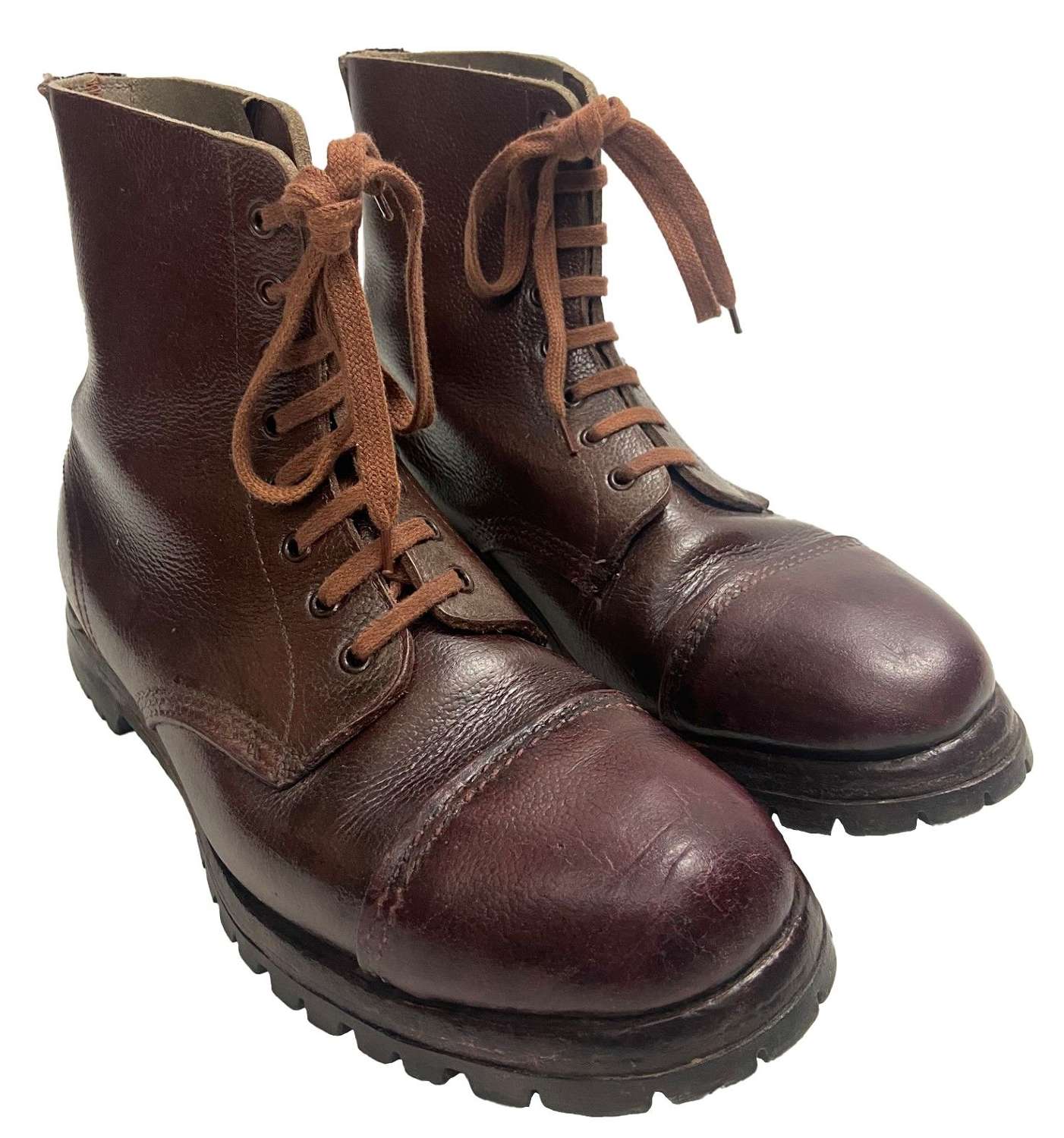 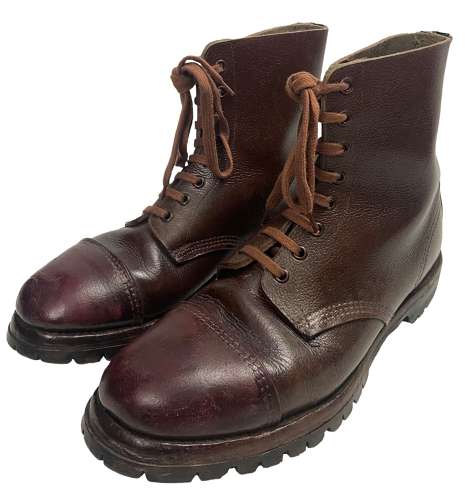 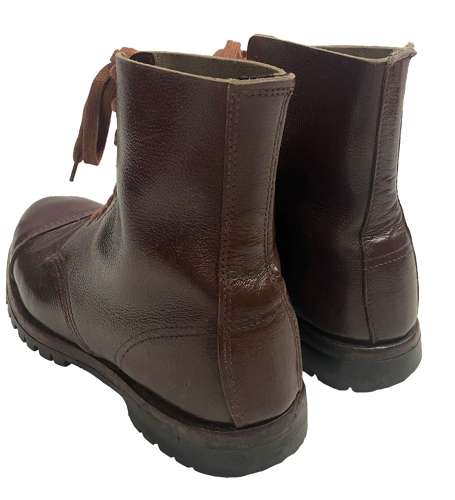 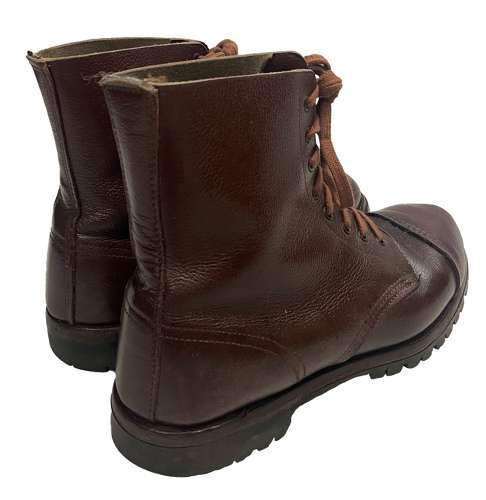 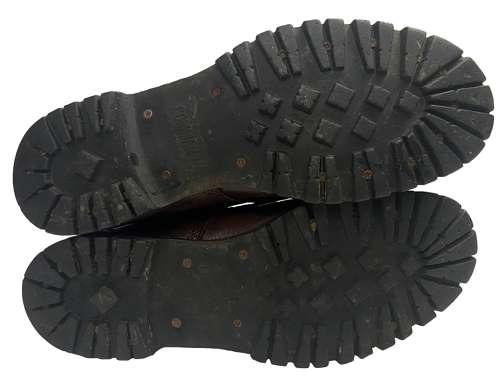 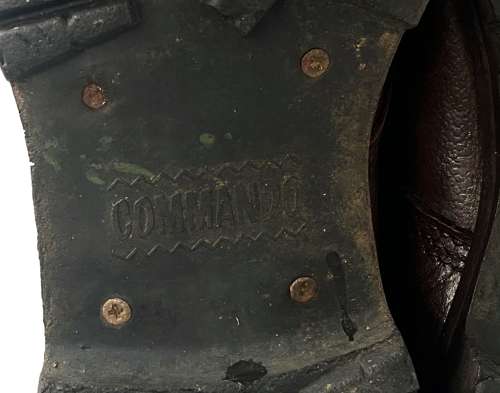 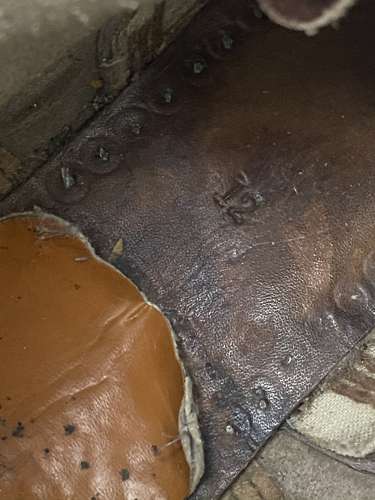 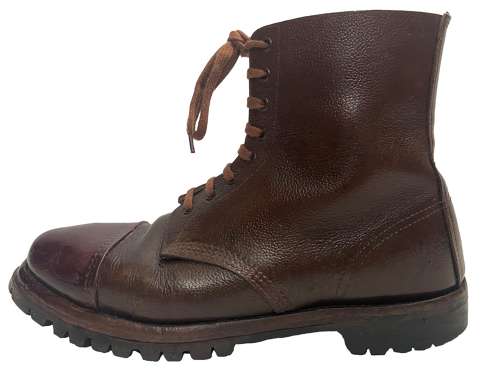 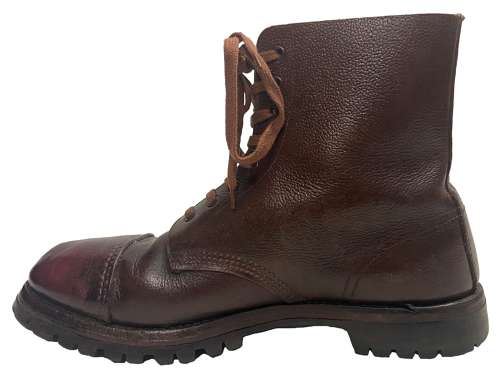 An original pair of British Army brown leather officers ankle boots with 'Commando' soles and in a large size 12.

These boots are typical of those made in the UK and worn by officers of the British Army as well as by civilians during the 1950s and 1960s. The upper portion of the boots are made from a brown coloured pebbled leather and feature a stitched toe cap and eight eyelets which are fitted with brown laces. The soles of the boots are rubber screw on soles made by 'Commando'. THese soles came into use with British Special Forces during the Second World and remained an extremely popular choice post war and were often worn in place of leather soled boots with studs.

There is no maker's name or other markings aside from the size of 12 which is marked to the insole as shown in the pictures.

The boots appear to be in good condition and display well as shown in the pictures. They are a vintage pre-worn item however so may have small issues commensurate with age.

A nice pair of mid century British boots in a harder to find larger size!