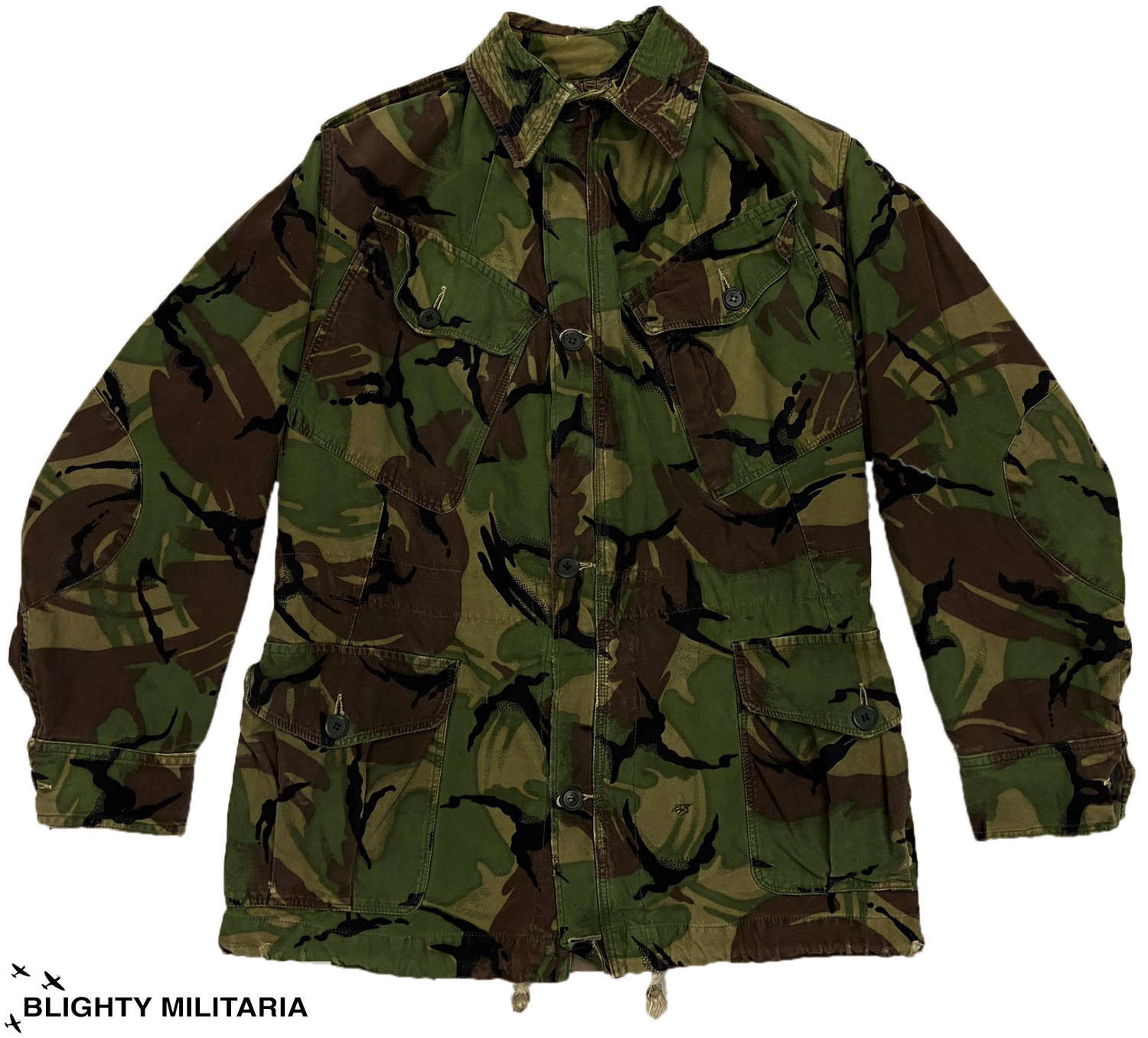 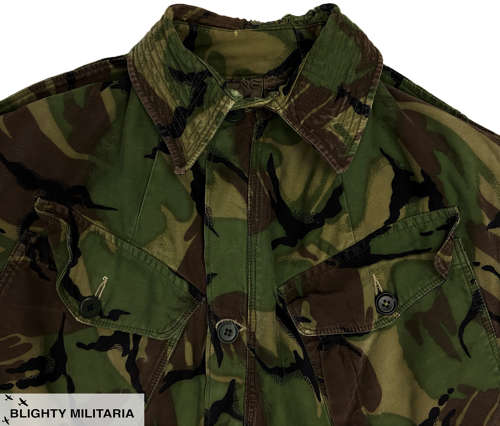 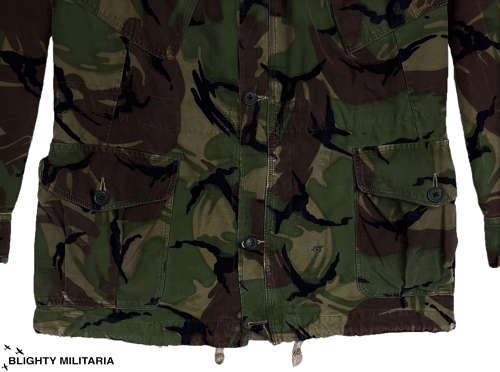 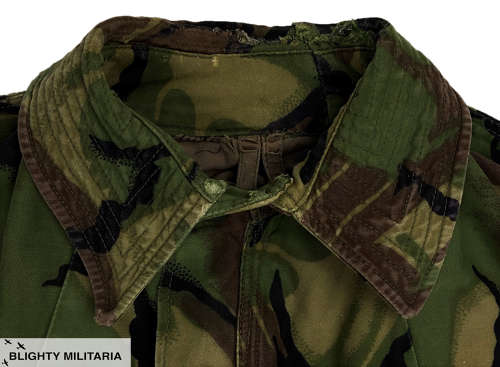 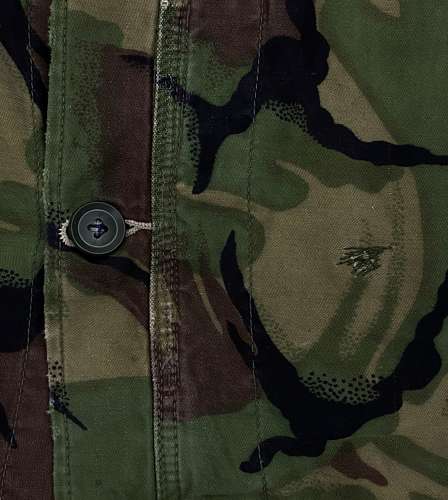 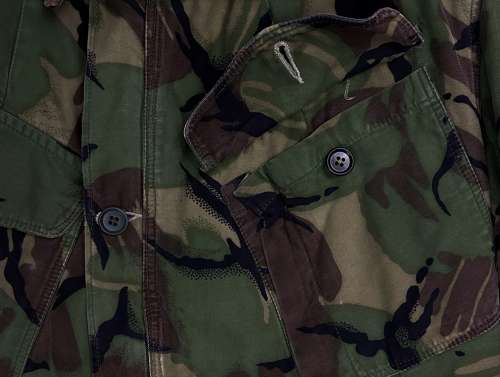 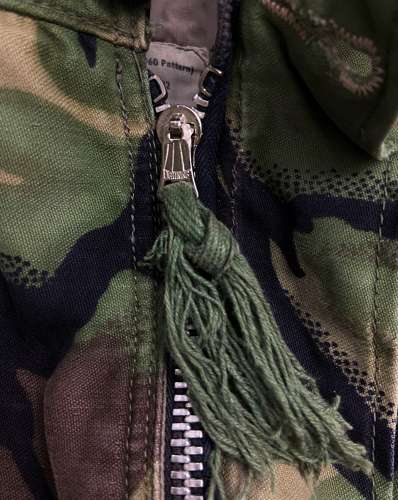 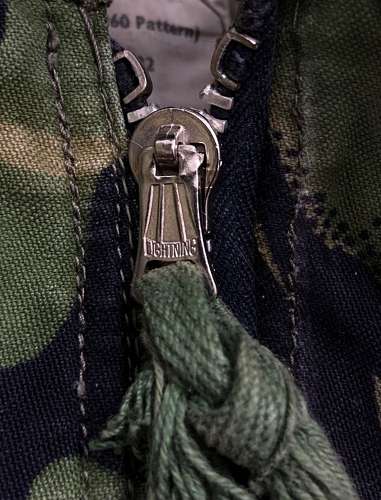 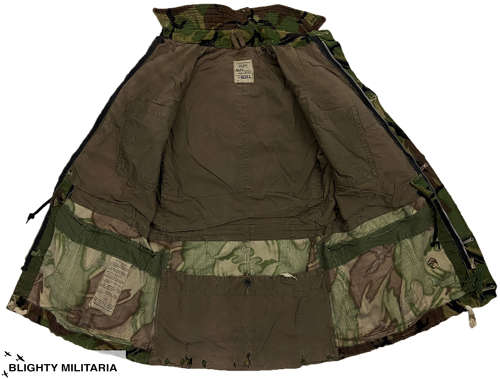 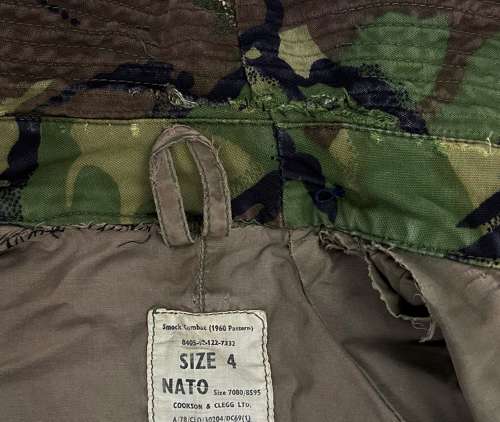 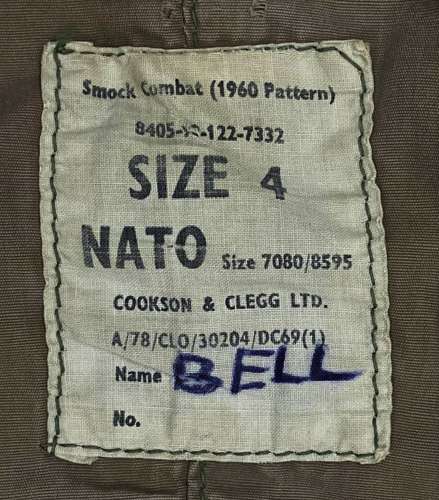 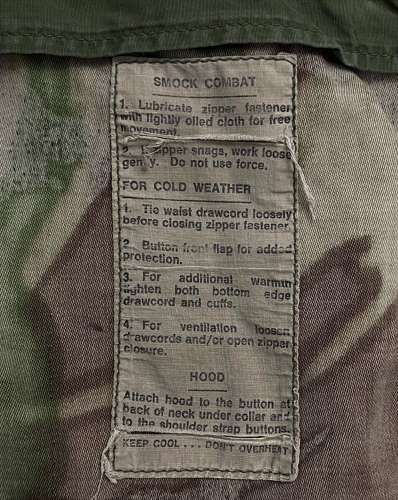 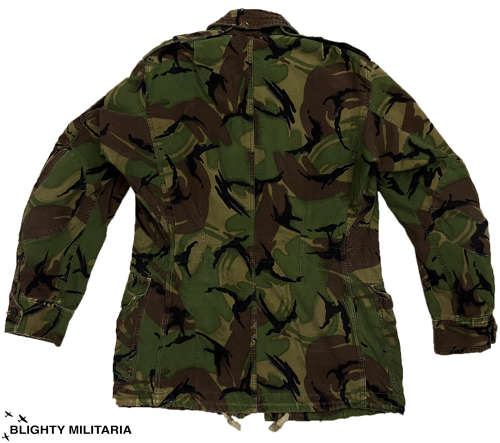 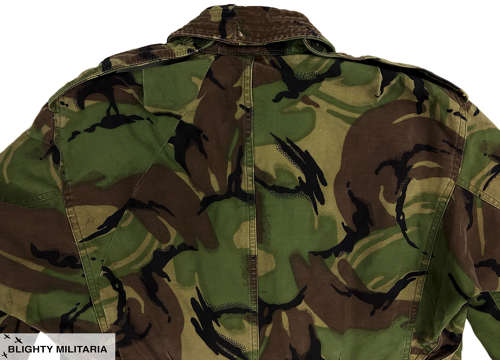 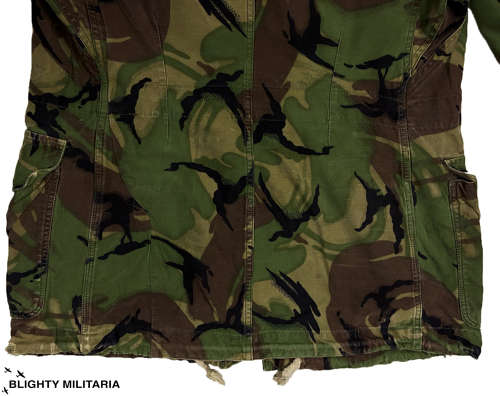 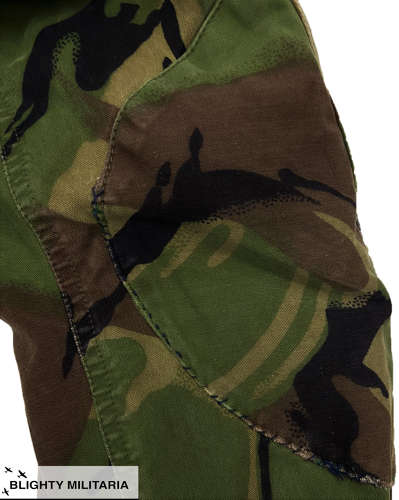 This pattern of combat jacket is the predecessor of the 1968 DPM combat jacket and is noticeably different to the latter pattern. It features a plethora of different details, most notable of which is the concentric stitched collar. Other details only found on this pattern include the pen pocket on the left breast pocket and the pleated lower pockets.

This example is well worn and appears to have been issued to two different soldiers as the label bears the name 'Bell' whilst the name 'Davies' is written in ink to the inside of the poachers pocket. The jacket clearly saw plenty of use and has a replacement period 'Lightning' branded zipper with chromium plated puller. This is clearly a period replacement and has had a green cotton puller added to make fastening more easy.

Inside the smock both the original labels are still present. The issue label is still bright and legible and bears the title 'Smock, Combat (1960 Pattern) and the size of 4. The maker's name of 'Cookson & Clegg Ltd' is present as is the A/78 contract number which dates the jacket to the early 1970s. A second label can be found to the skirt and bears information which relates to washing and care.

The jacket is cut in a loose, smock-like cut, which is designed to be worn over clothing and still allow for free movement. When laid flat it measures -

The smock is in well used condition as can be seen in the pictures. There are lots of signs of wear and use but it is still wearable and has loads of character. There is wear around the collar as shown in picture 10 and there are the elbow reinforcement patches have been hand stitched in a few areas. The lining is worn in numerous places and there are some period field repairs.

All in all a great jacket which retains its original label and nice deep colours.