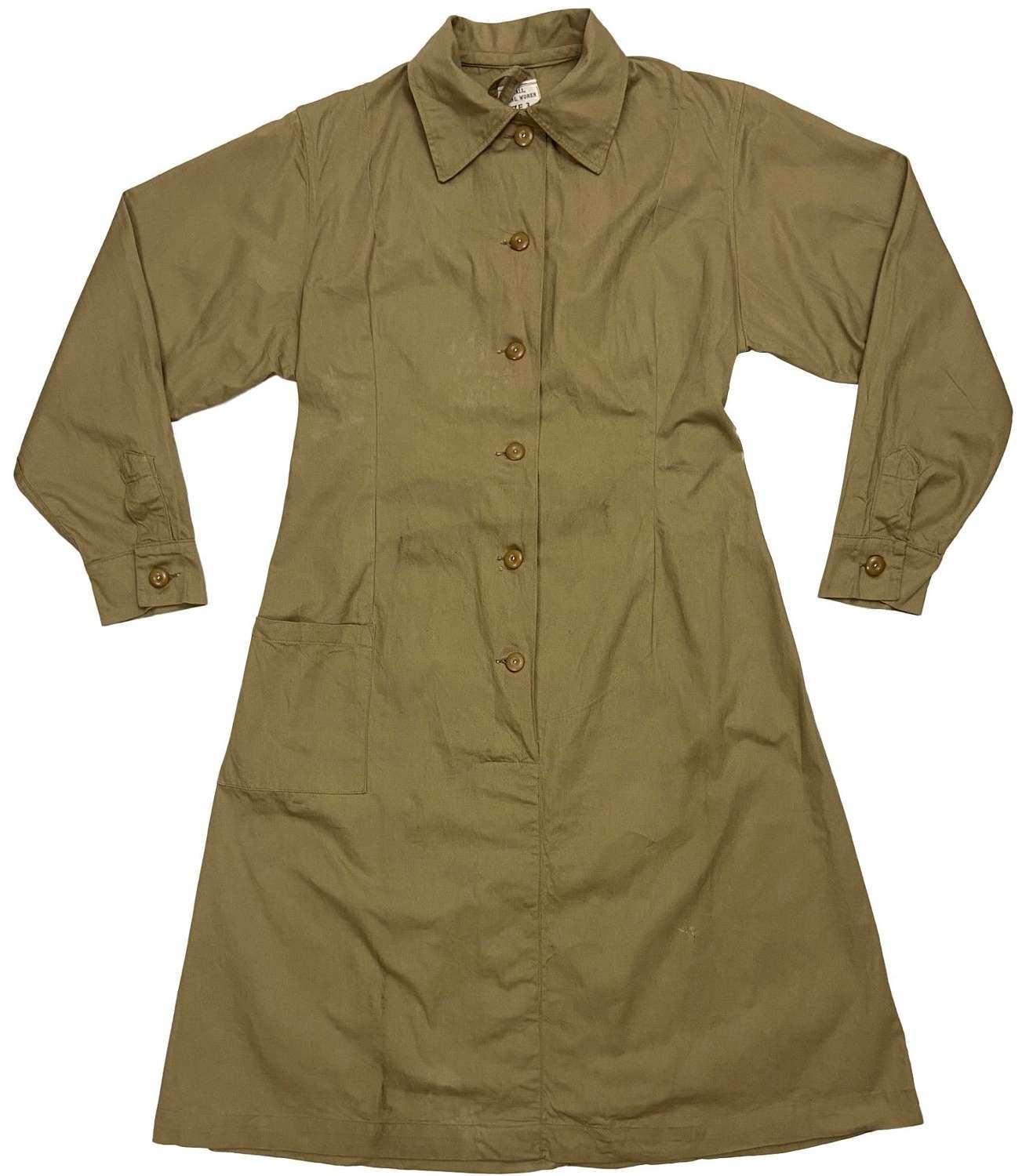 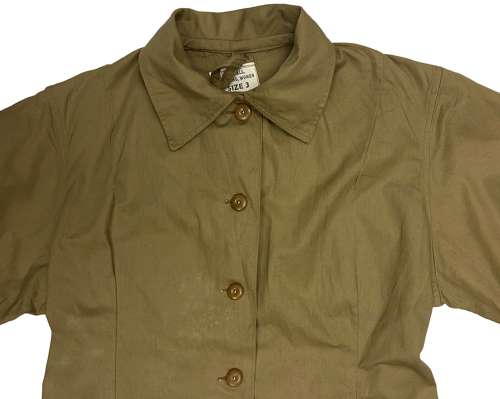 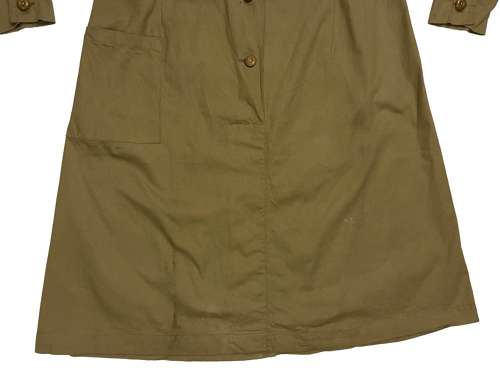 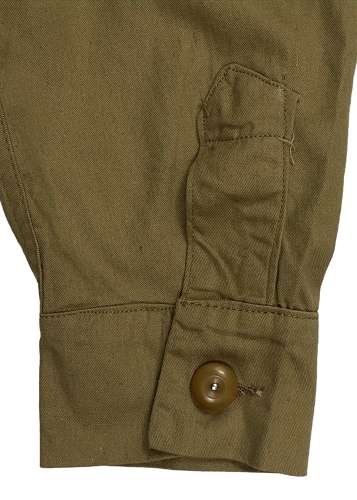 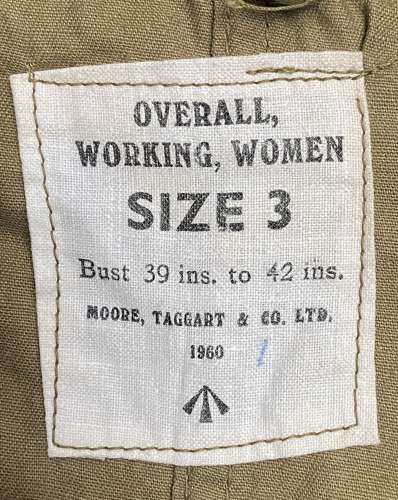 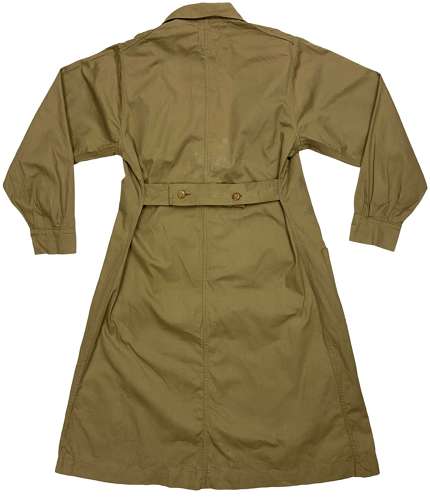 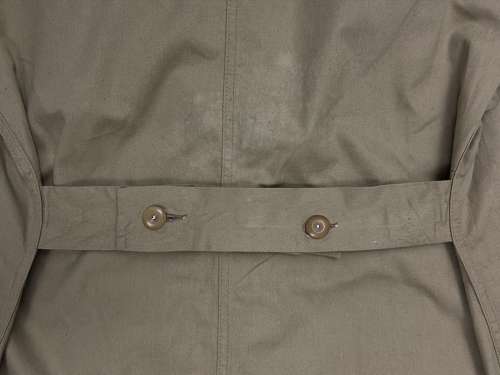 This chore dress overall is typical of those worn by women working in factories or in the military in the mid-century period. It is identical in design to the ATS overall issed during the Second World War but has had the label designation changed to 'Overall, Working, Women' which is a broader term and would suggest it was issued to other arms of service aside from the W.R.A.C.

The garment is made from cotton drill as was often used for workwear. The front fastens with removable revolving shank buttons which are again typical of British workwear during this period. The cuff also fastens with the same buttons with two more used on the rear half belt.

Inside the overall the original label is still present and is bright and legible. It bears the title of 'Overall, Working, Women' and the size of 3 which is designed to fit a 39" - 42" bust. The manufacturers name of 'Moore, Taggart & Co Ltd' is present as is the 1960 date and the War Department broad arrow marking.

The overall is in good condition and does not appear to have been worn meaning it may be deadstock. There are some marks as shown in the pictures but overall they display very well.