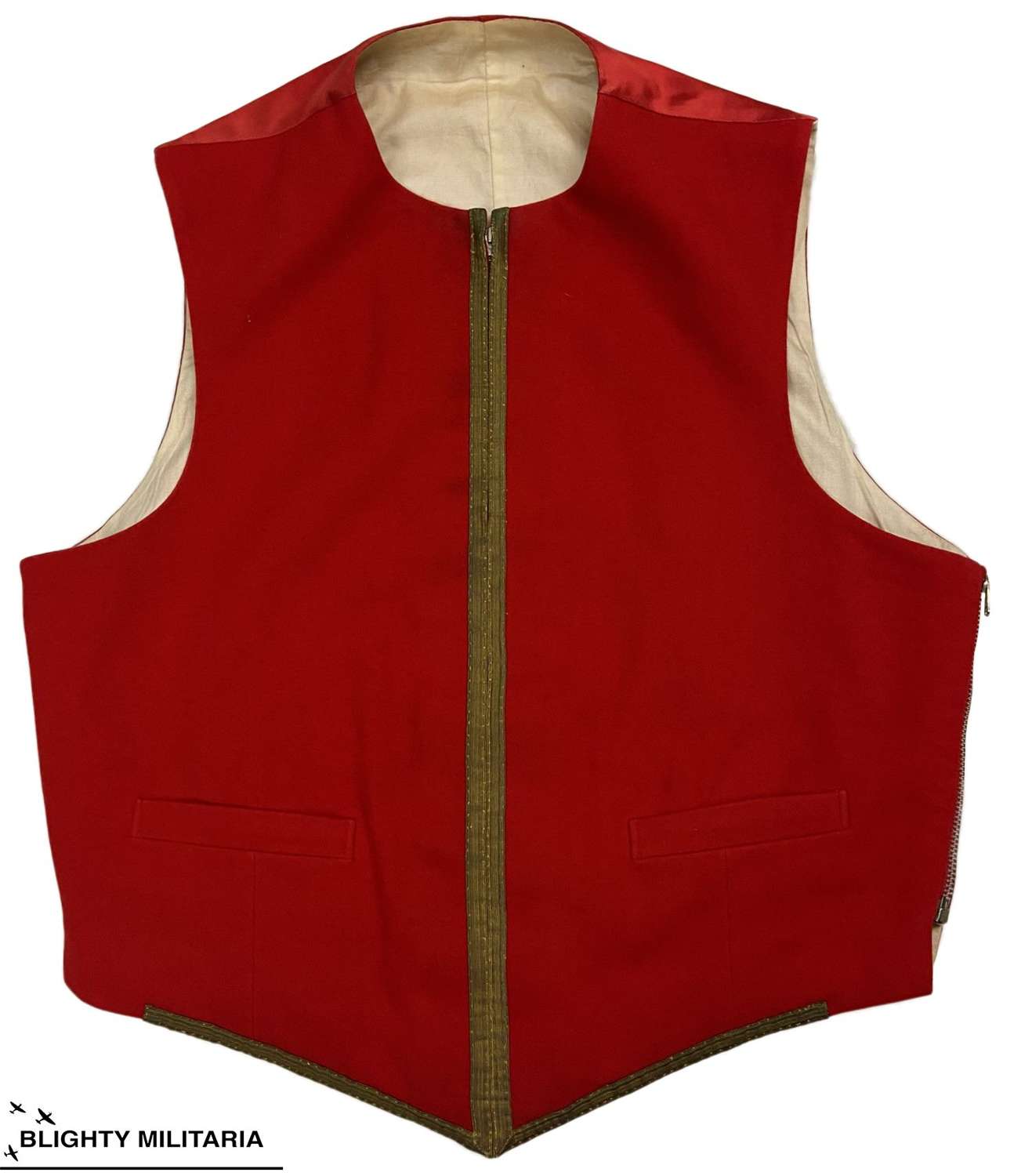 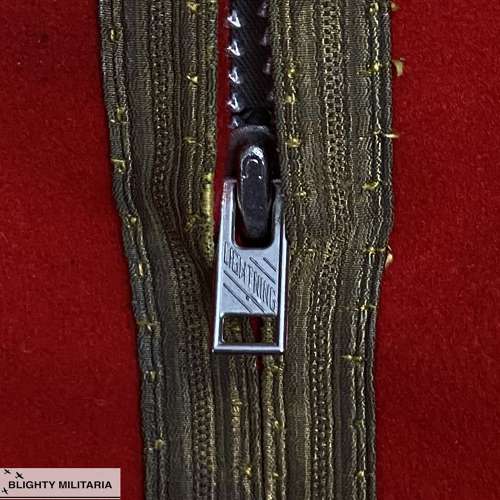 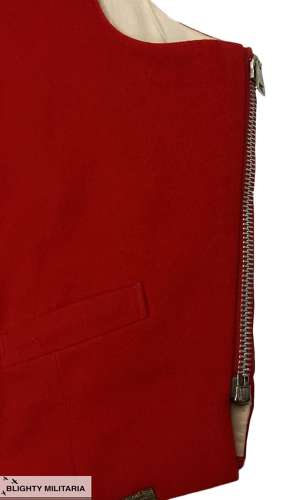 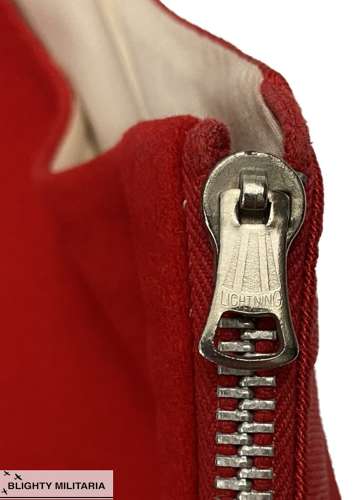 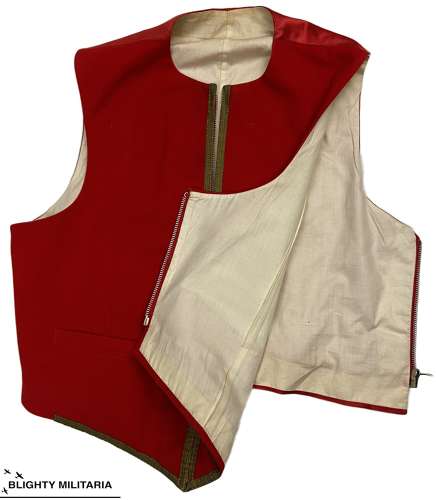 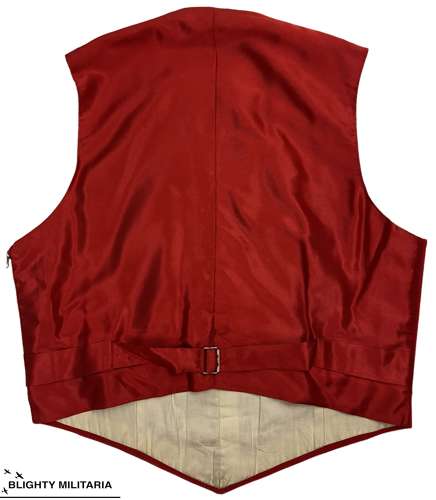 A nice original British Army officer's scarlet waistcoat in good condition which was made by 'Roger's and Company' in 1960.

This waistcoat would have been worn with the scarlet coloured ceremonial uniform originally. It is made from a red coloured melton wool and features a silk back. It is designed to be very close fitting and so opens completely at one side with a 'Lightning' branded zip, as illustrated in picture 5. There is another Lightning zip which fastens the front of the waistcoat up to the neck. Gold bullion is used to trim the front and the bottom edge and there are two welt pockets to the lower portion of the waistcoat.

To the rear of the waistcoat is a cinchback belt and buckle. To the reverse of this is the original tailors label which bears the maker's name of 'Rogers & Company' as well as the address of 33 Bruton Street, London. The original owner's name has been added in ink which reads 'Lt Col R Davenport' along with the 1960 date.

The waistcoat is in good condition with only limited signs of wear and age. Please study the pictures before purchasing however as this is a vintage item.

A nice original British officers waistcoat with some great details.