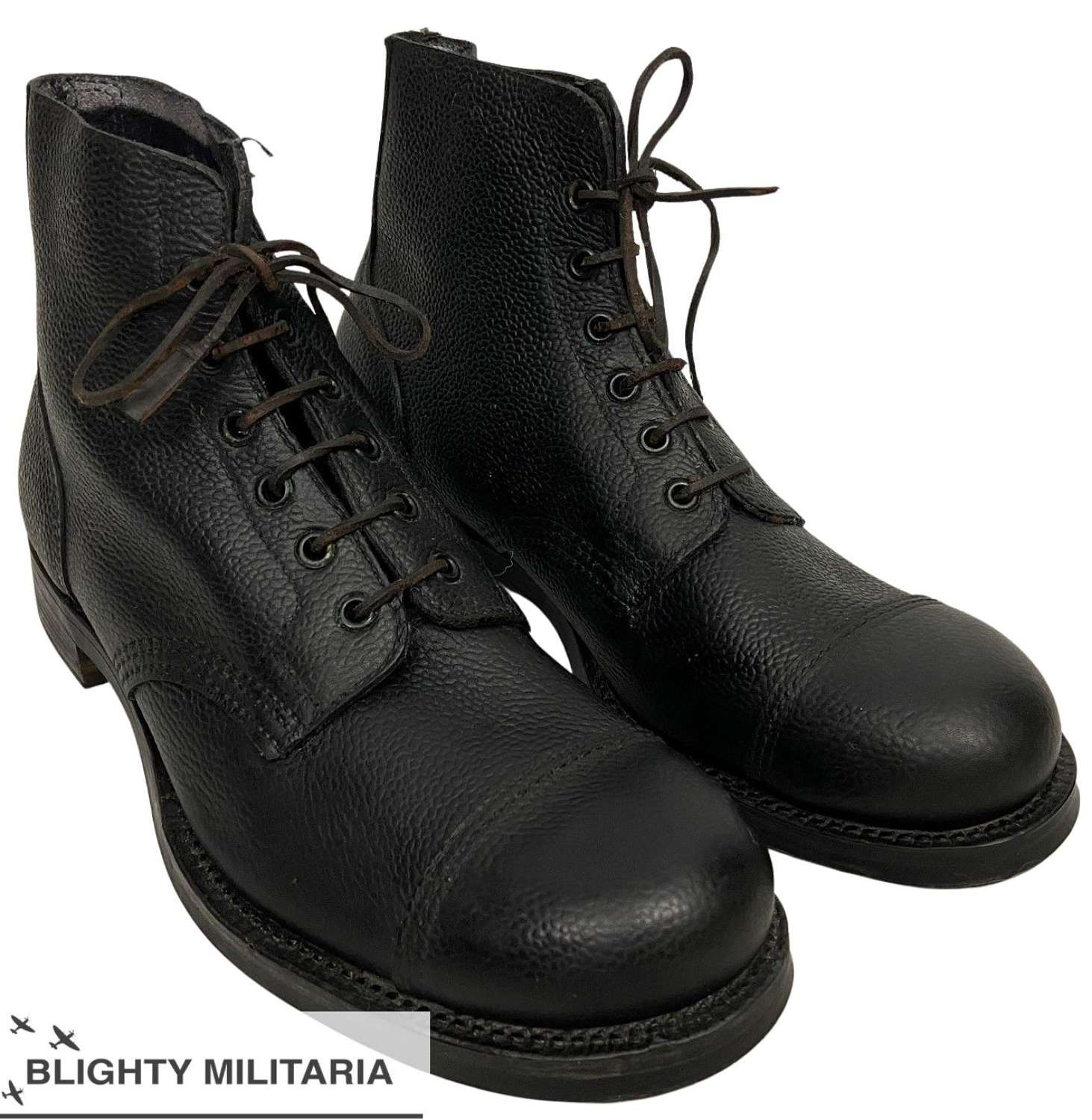 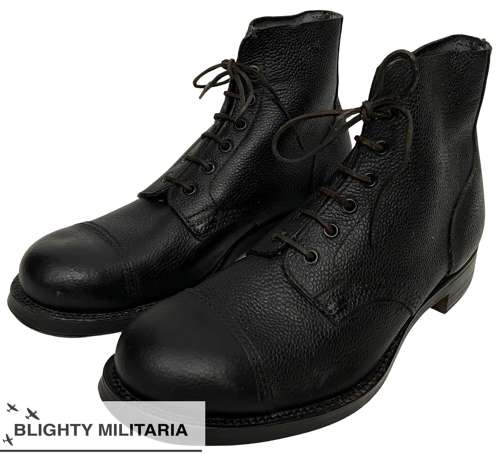 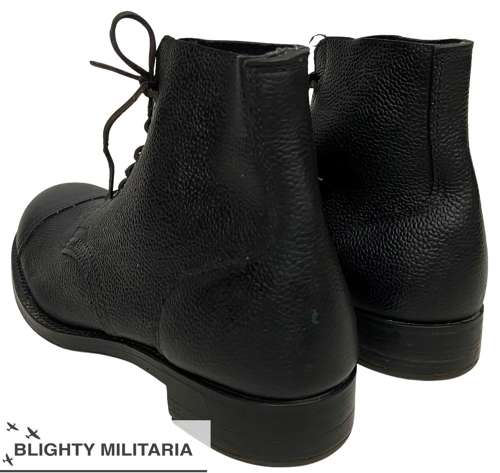 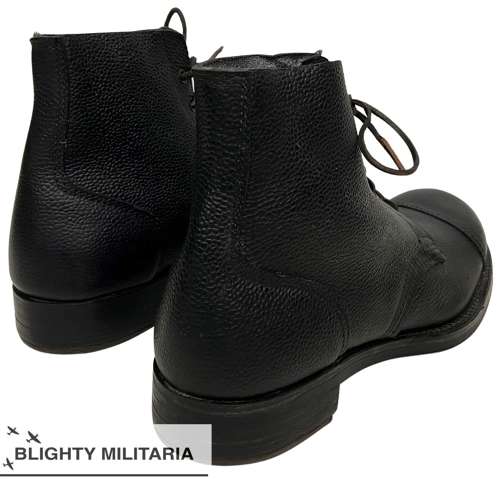 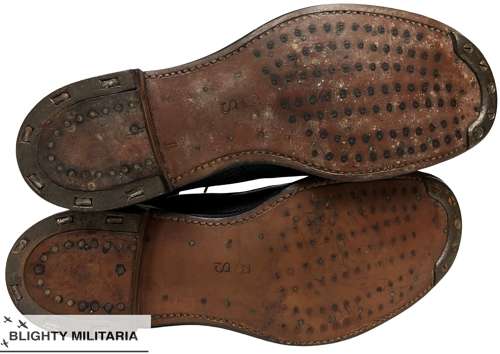 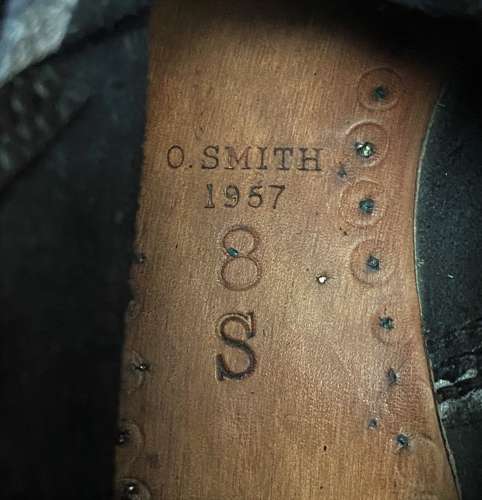 An original pair of un-issued, new old stock British Army Ammunition boots made by 'O. Smith' in 1957 and in a size 8s.

These boots came into issue with the British Army in the 1930s and saw extensive use throughout the Second World War and remained standard issue for a number of years after the conflict.

These boots have clearly always been in storage and have never been worn. The black coloured pebbled leather is in very good condition and a toe cap is present to the toe. The soles are clean and new with no studs and all the metalwork is bright and clean. The boots are fitted with an original pair of laces which are shedding due to their age and may need to be replaced if the boots are going to be worn.

Inside the boots are clearly dated 1957 and stamped as a size 8S. Whilst the date is post-war these boots are identical to those used during the Second World War.

These would compliment any British Army collection without a doubt and make an ideal stand-in for a war dated pair of boots. These really would be hard to better!