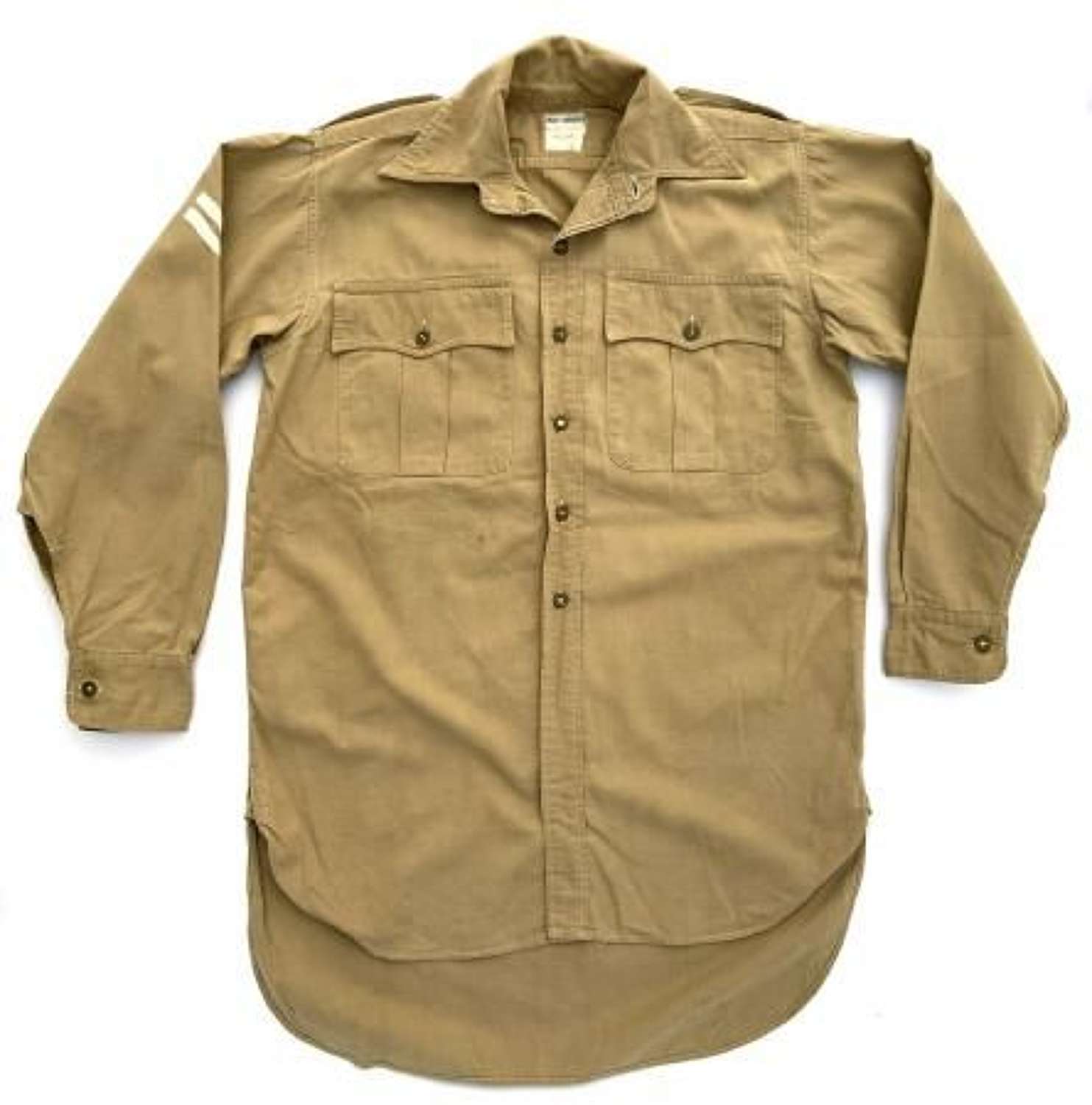 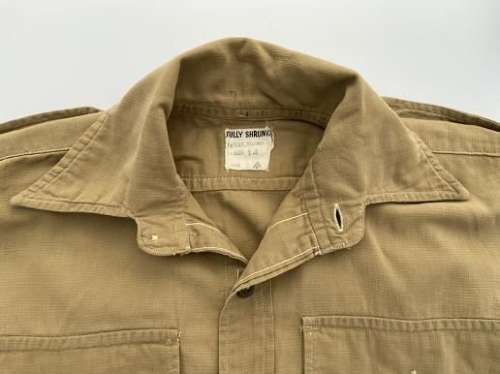 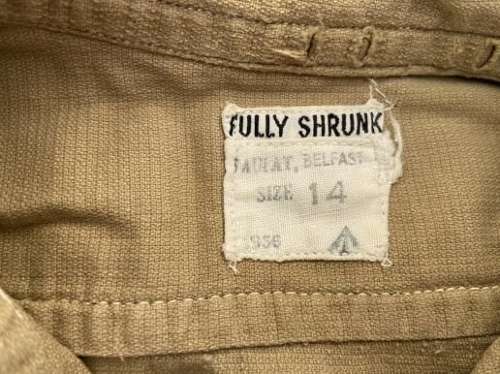 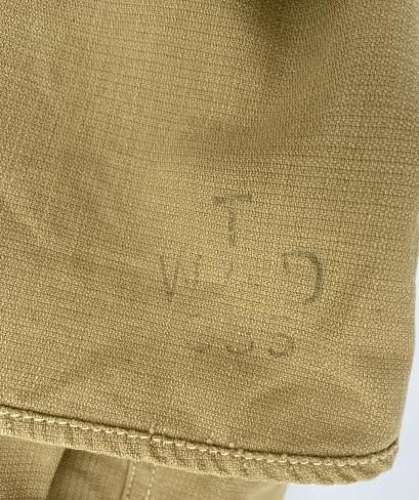 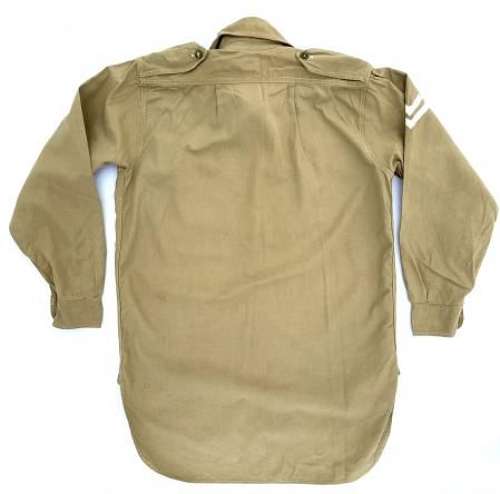 The shirt features a full button front and long sleeves with all the original buttons still being intact. Two pleated chest pockets are also in evidence and feature scalloped pocket flaps. The epaulettes are still present to the shoulders and an original tropical pattern corporal stripe has been added to the right sleeve.

Inside the shirt the original label is still present and states the manufacturer as 'Fault' of Belfast who were a prolific manufacturer of shirts for the British Forces. The size is stated as 14 which refers to the collar and the 1956 date is visible. As well as this the War Department broad arrow is in evidence.

The shirt also features the War Department broad arrow marking to the tail which is surmounted by the letter 'T'.

The shirt is in good condition with some signs of wear and use in keeping with its age. It is still a sound, wearable item but does have small issues consummate with its vintage. Please study the pictures for a better idea of condition.

All in all a nice original post-war shirt with some good original features and a nice label.