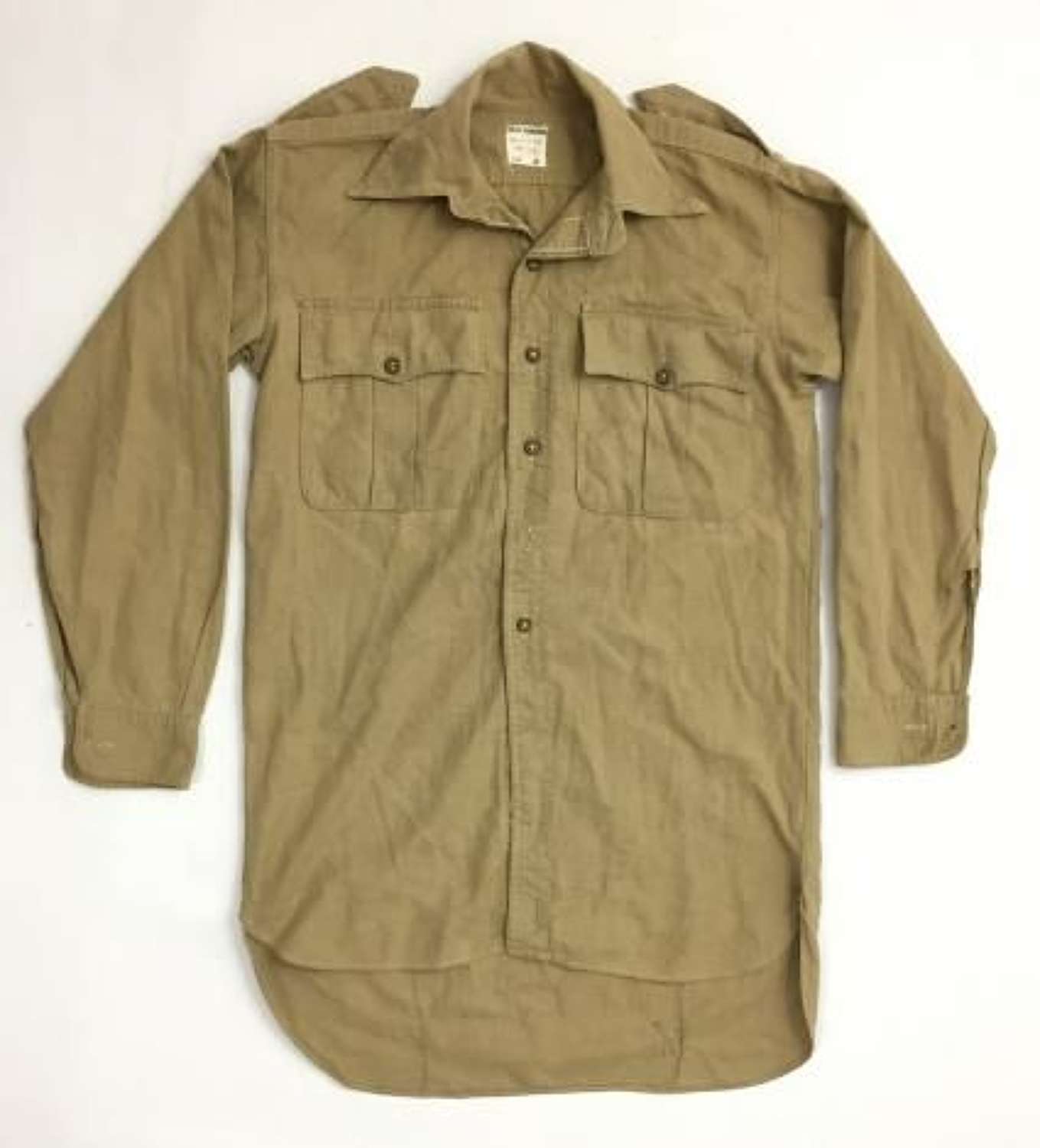 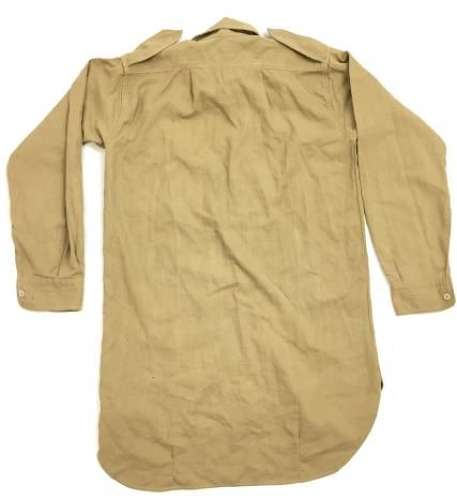 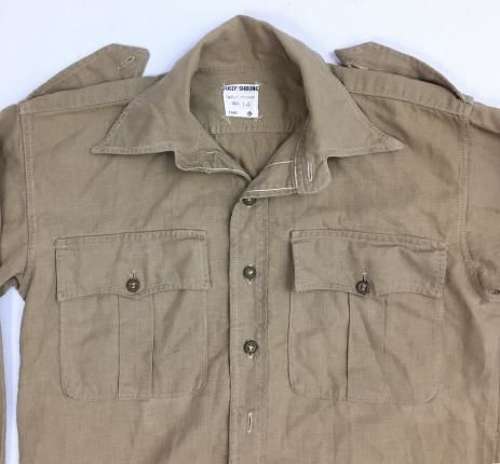 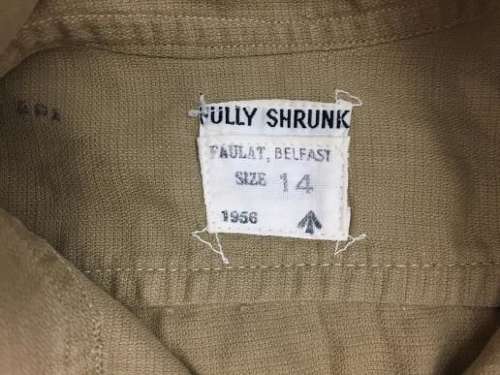 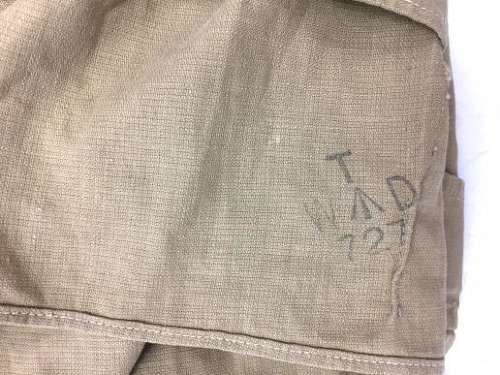 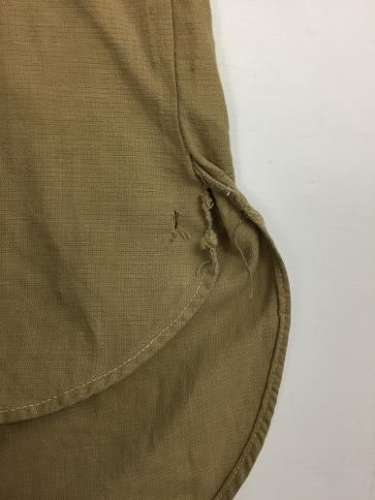 This pattern of shirt came into service with the British Army in the immediate post-war years and closely follows the wartime pattern. It features two breast pockets with scalloped flaps, a spearpoint attached collar and long sleeves with a button cuff. The material is also identical and is often referred to as 'Airtex' which is in fact a cellular cotton. This was popular at the time for tropical clothing due to its lightweight, breathable nature.

This example retains its original issue label inside the neck which states the manufactures name, the date and the size which is '14' in this case. The shirt should be a good fit on someone of around a 38" chest in my opinion. When laid flat it measures -

The shirt also has its original War Department broad arrow stamp to the tail of the shirt which is surmounted with the letter 'T'. Another nice period addition.

The overall condition of the shirt is very good for its age and it certainly still has plenty of life left in it. There is a button missing from the front and a small area of damage as shown in the photographs. This has been reflected in the price.