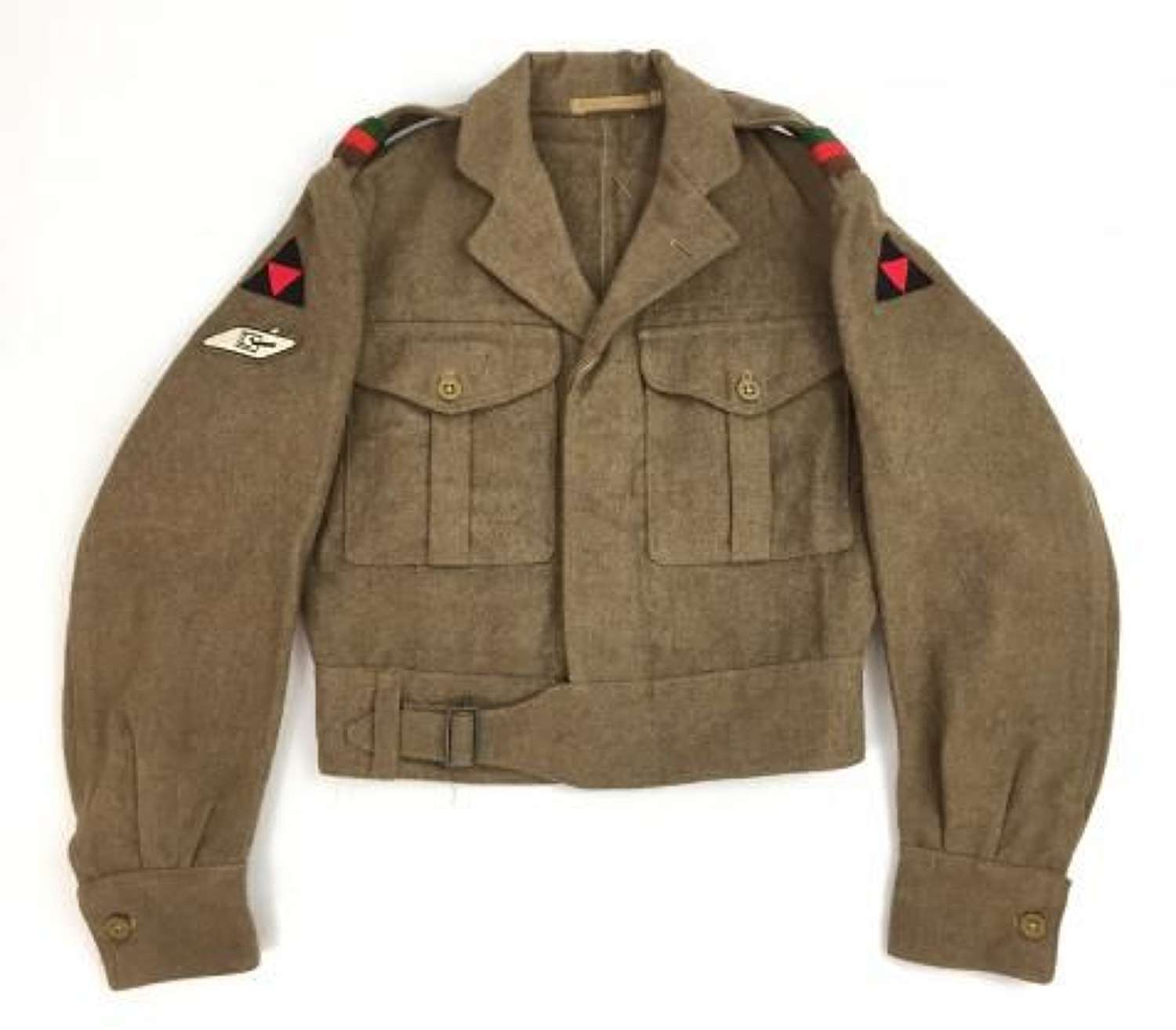 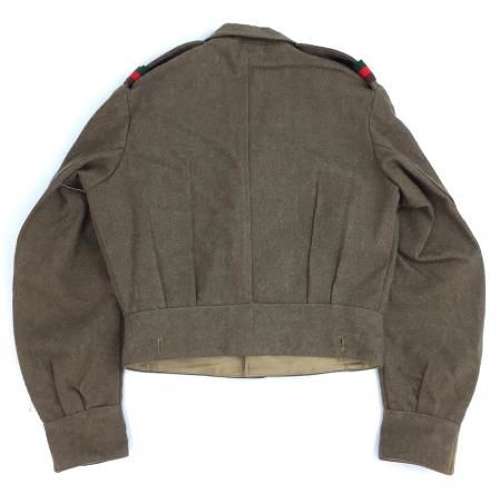 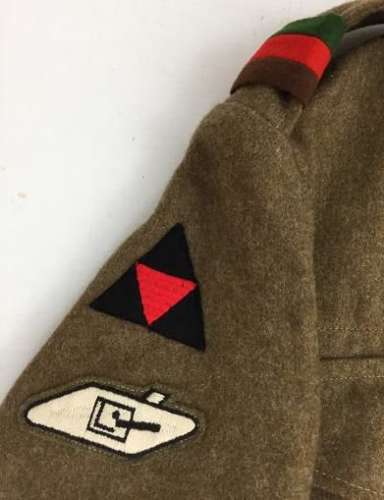 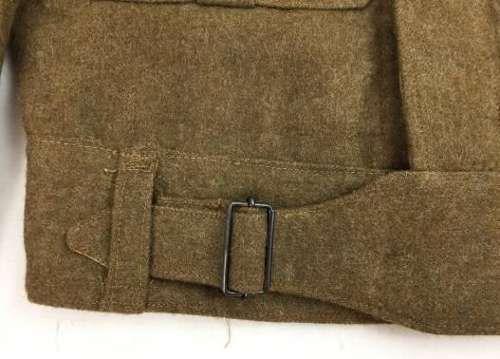 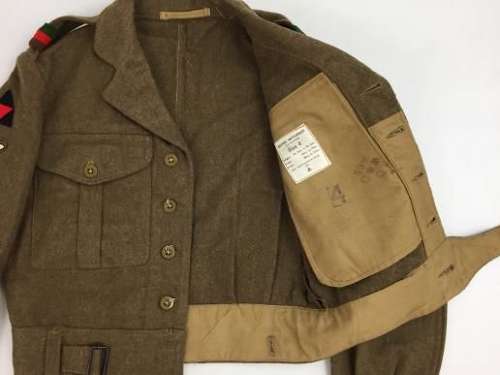 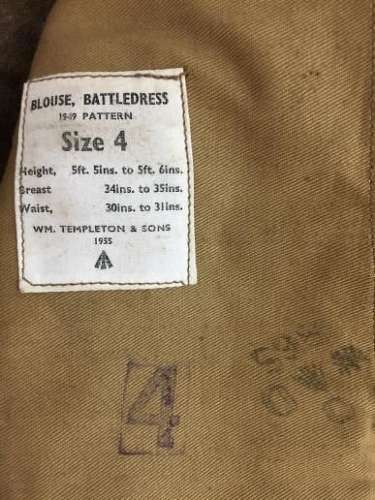 This pattern of battledress came into issue with the British Army in the post-war period and became the standard pattern issued for many years. This example dates from the mid 1950s and features all original Royal Tank regiment insignia including coloured battalion slip on shoulder titles, mother tank and 3rd division patches.

Inside the jacket still retains its original issue label which is still bright and legible. It states the maker as ‘WM Templeton & Sons’ and the size as No.4. The 1955 date and War Department broad arrow marking are also in evidence towards the bottom of the label. As well as this the War Department ink stamp can be found stamped onto the interior pocket next to the label and is surmounted by the letter ‘O’.

The jacket is in very good condition as can be seen in the pictures. It shows only limited signs of use and age and generally speaking displays extremely well.

Originally badged post-war battledress such as this is starting to become more and more collectable. This would make an excellent addition to any battledress collection without a doubt!