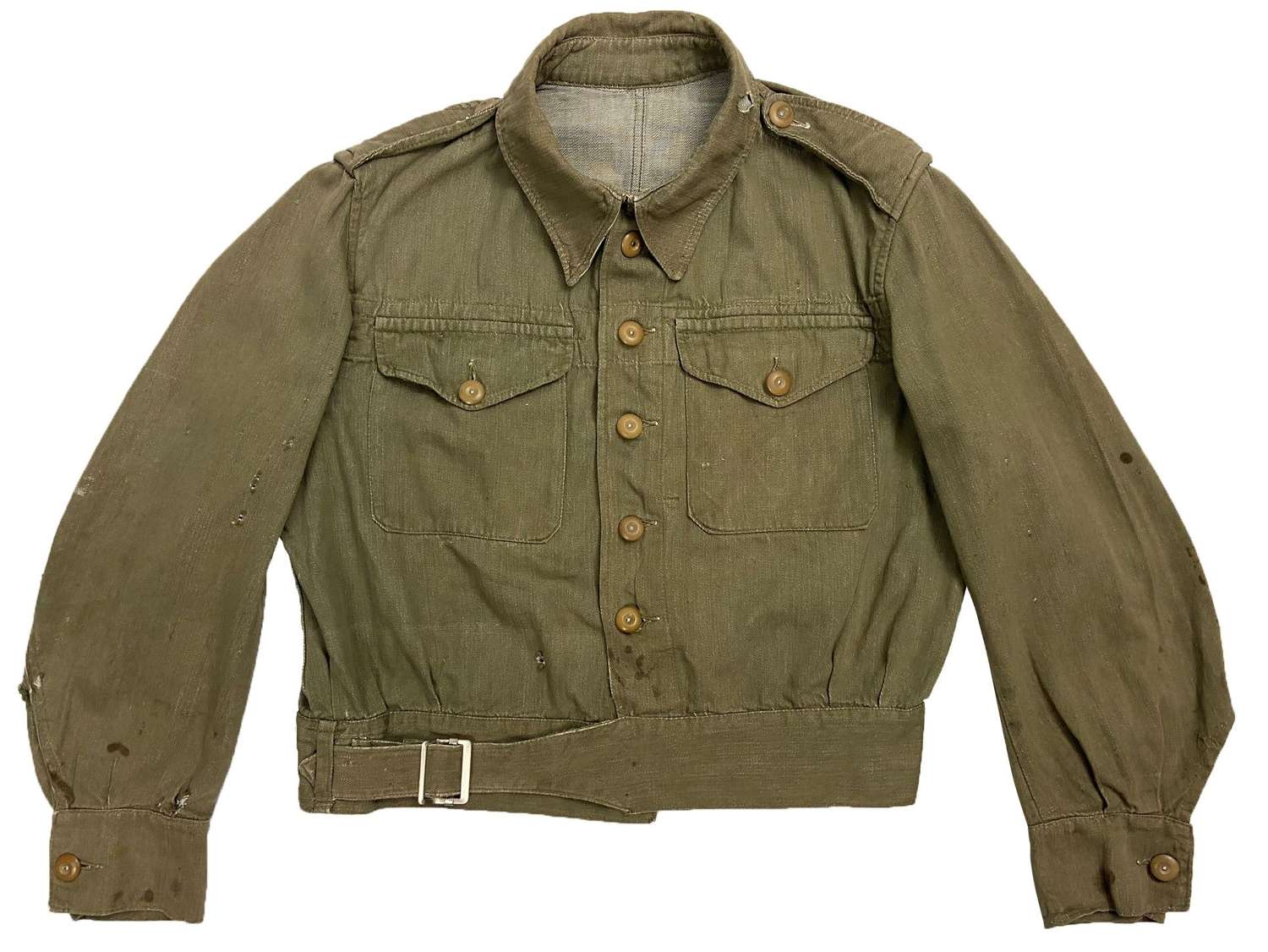 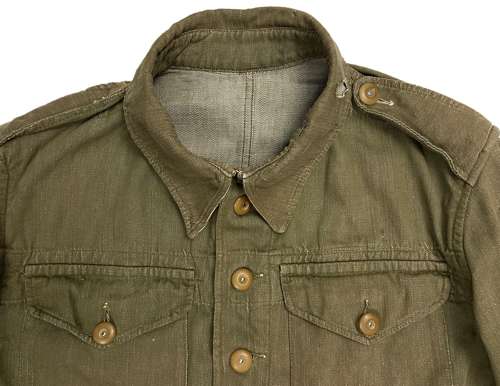 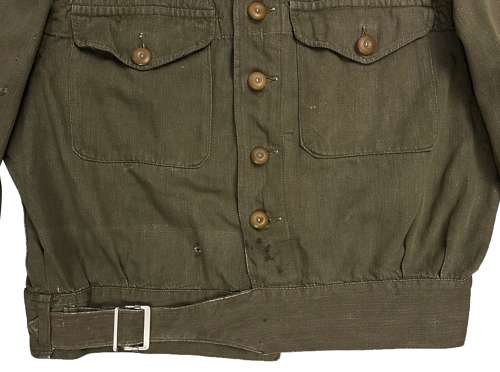 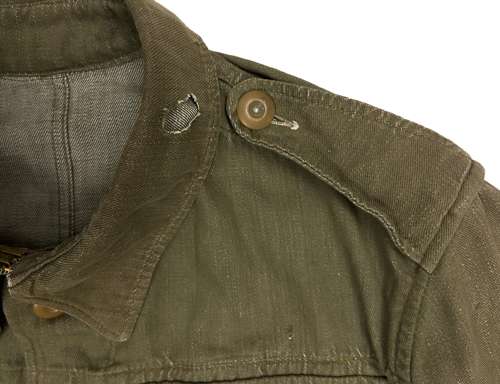 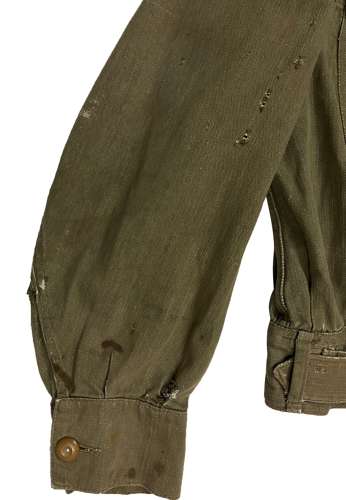 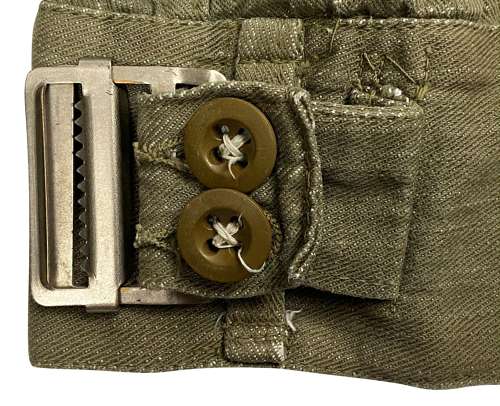 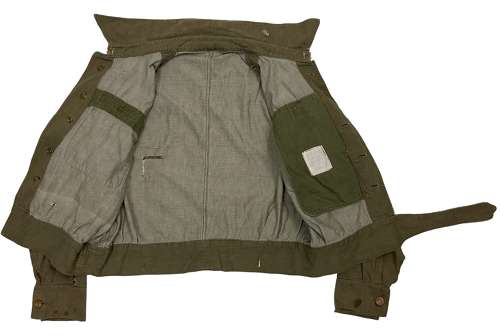 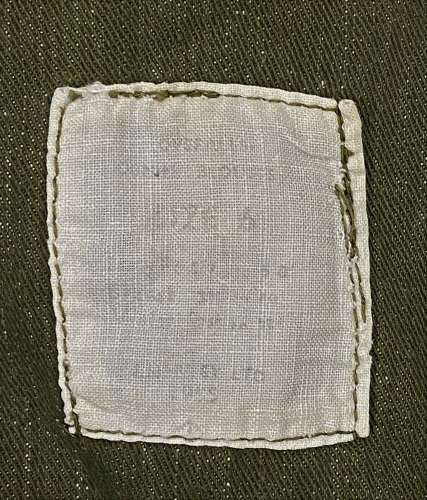 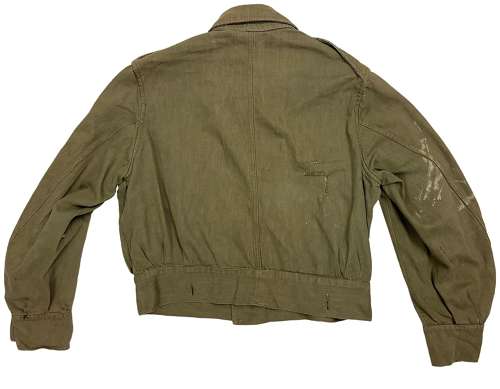 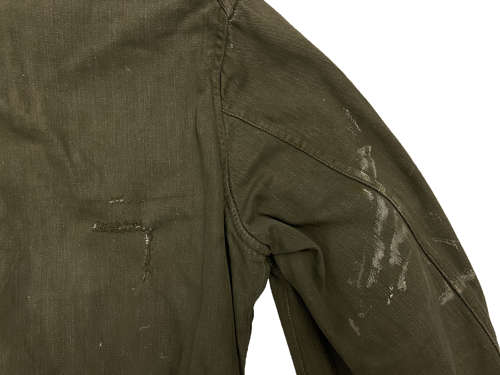 An original British Army Denim Battledress Blouse dated 1955 and in a size No. 6.

The jacket features butterscotch coloured revolving shank buttons which are held on with period brass split rings to the reverse. The waist fastens with a chromium plated buckle which is held onto the jacket with green plastic buttons.

Inside the jacket the original label is still present although it is somewhat washed out. The size is marked as 6 and the 1955 date is also present as is the War Department broad arrow marking.

The jacket is in well worn condition and has a number of flaws as can be seen in the pictures. Please take time to study the pictures before purchasing.