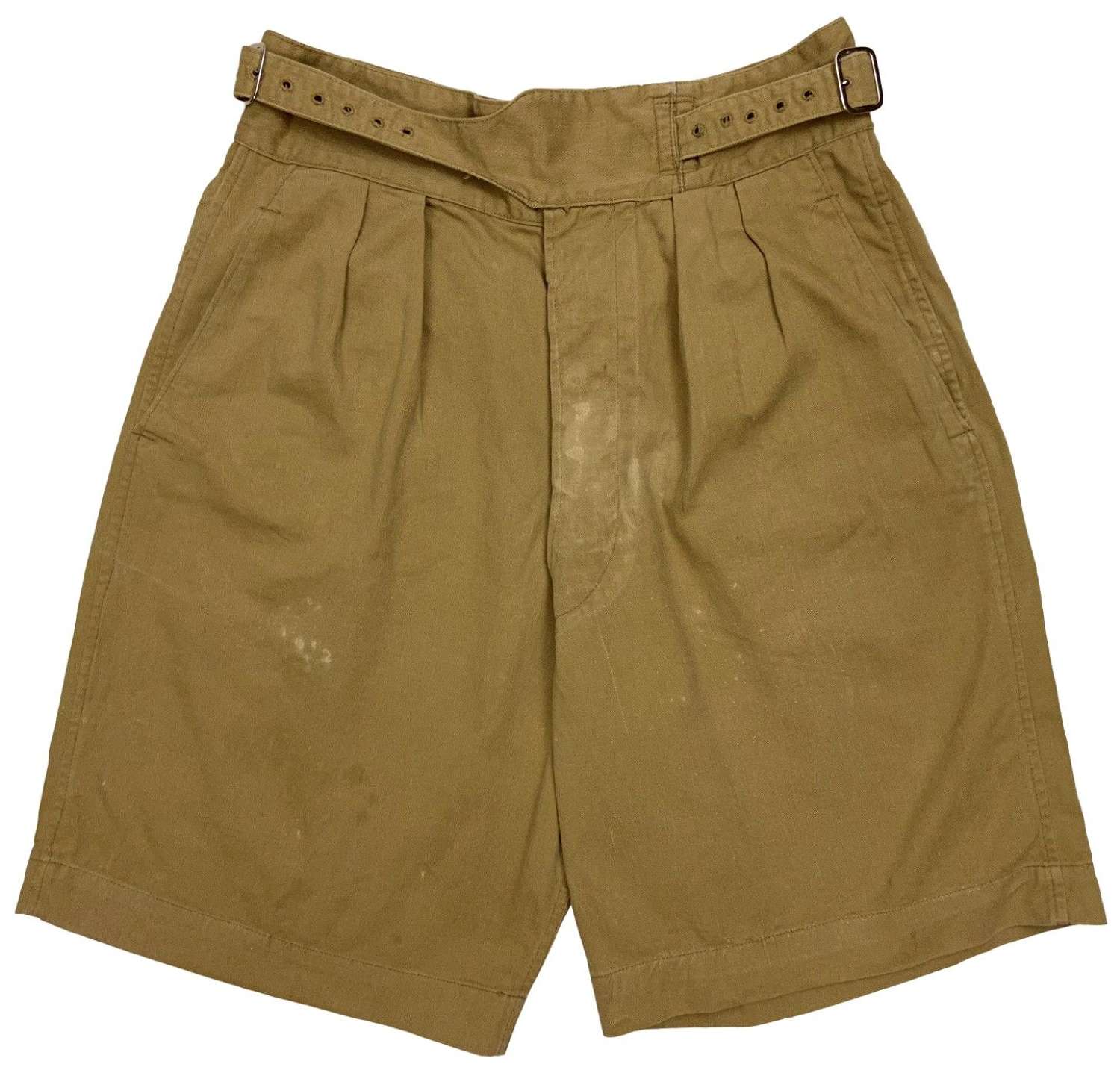 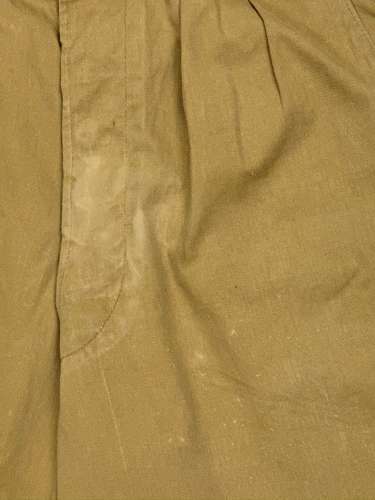 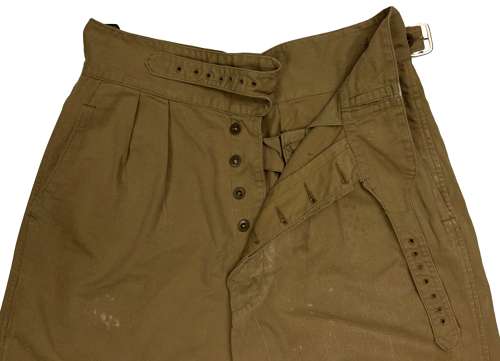 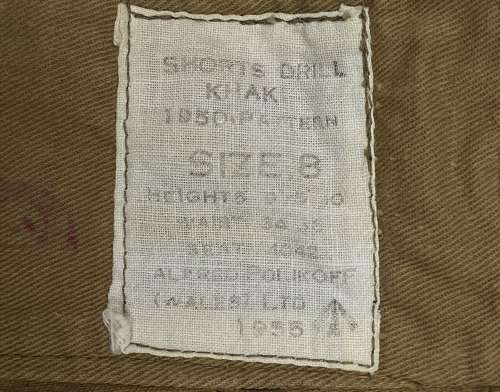 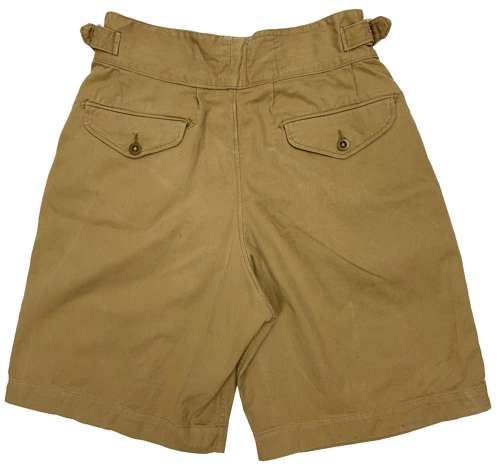 Inside the shorts retain their original makers label which is still legible. The size of 8 is present as is the War Department broad arrow marking and the 1955 date.